A brave baby elephant protected his injured mother by chasing away veterinarians who came to help.

The female elephant colla.psed in the middle of a rubber plantation in Chanthaburi province, Thailand, on Sunday morning.

Passing the local area, Mr. Deaw Phonpalad, 44 years old, tapped a rubber tree at sunrise when he saw an elephant lying on the ground and calling for help. 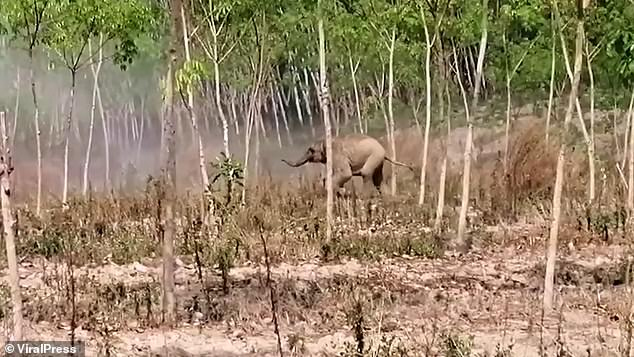 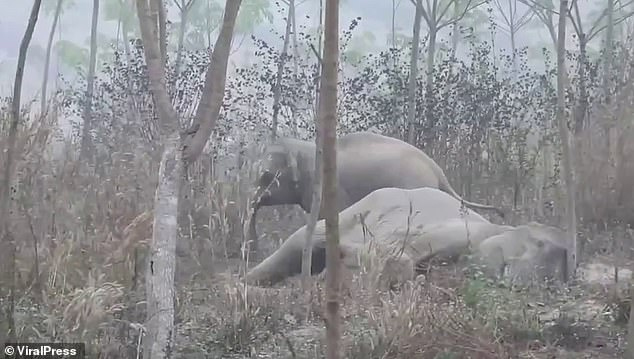 The female jumbo collapsed in the middle of a rubber plantation in Chanthaburi province, Thailand, in the early hours of Sunday morning

Wildlife guards at the Khao Ang Ruanai sanctuary came to save the injured animal, but her overprotected son prevented them from getting close to his mother. 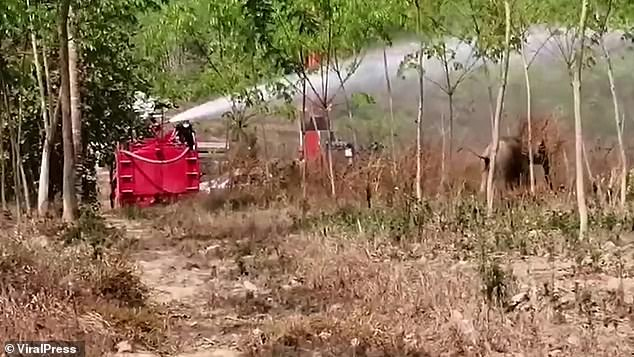 Footage shows a frantic three-year-old calf running around its mother to protect her from strangers.

‘The team cannot observe the wild elephant’s symptoms because the elephant is still in an aggressive state. We believe he is still worried that other wild elephants are nearby and that they might strike. He’s afraid to leave his mother alone. ”

The wildlife boss said that the elephant was too weak to stand up. While the baby elephant prevented everyone from approaching, its mother then made a loud blowing sound to scare away the viewers.