This adorable set of pictures shows the pride of lions cuddling up for a family photo at a wildlife park in South Africa.

In one of the cute images, the largest male lion is lying with his eyes closed while a female and another male rub their faces against him and a younger animal climbs on top.

Meanwhile, in another picture the animals strike a more menacing pose with the leading male baring his teeth while the female gazes watchfully ahead.

Jihad Adnan, the Lebanese photographer who took the pictures, said he was expecting the big cats to fight but was delighted by the heartwarming display he saw.

The 37-year-old, who has been a nature photographer since 1999, snapped the images at a lion park in Johannesburg, saying: ‘I saw the lions getting close to each other so I thought they would fight.

‘But suddenly, after the lioness came with her cub, they started licking each other. I felt the love between them – the lion in the middle is the one saving this family.’ 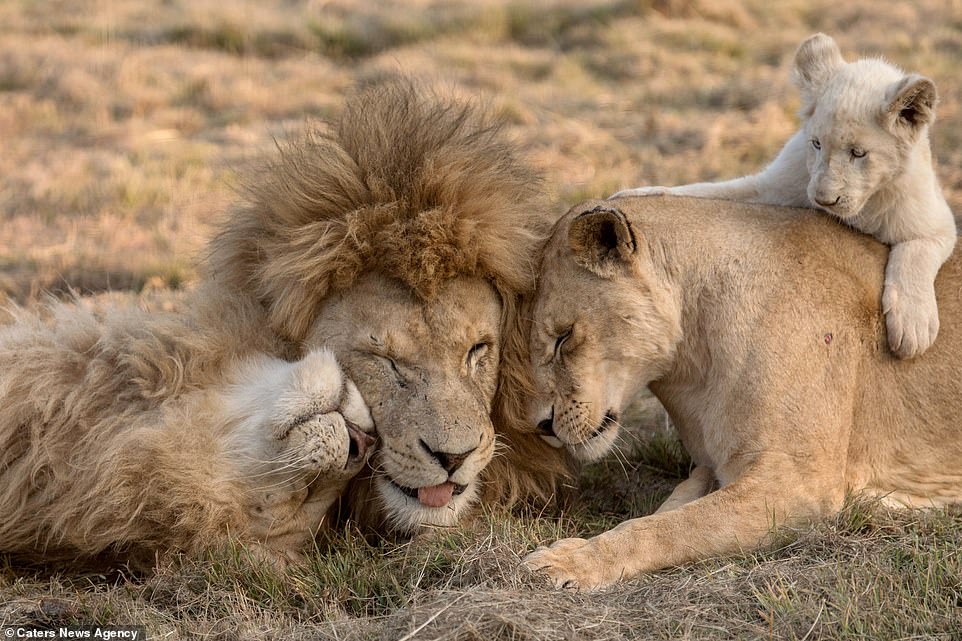 Family photo: A male lion lies on the ground with his eyes shut with another male licking against his face, a female rubbing her nose against him and another, younger lion climbing on top of her at the animal park in South Africa 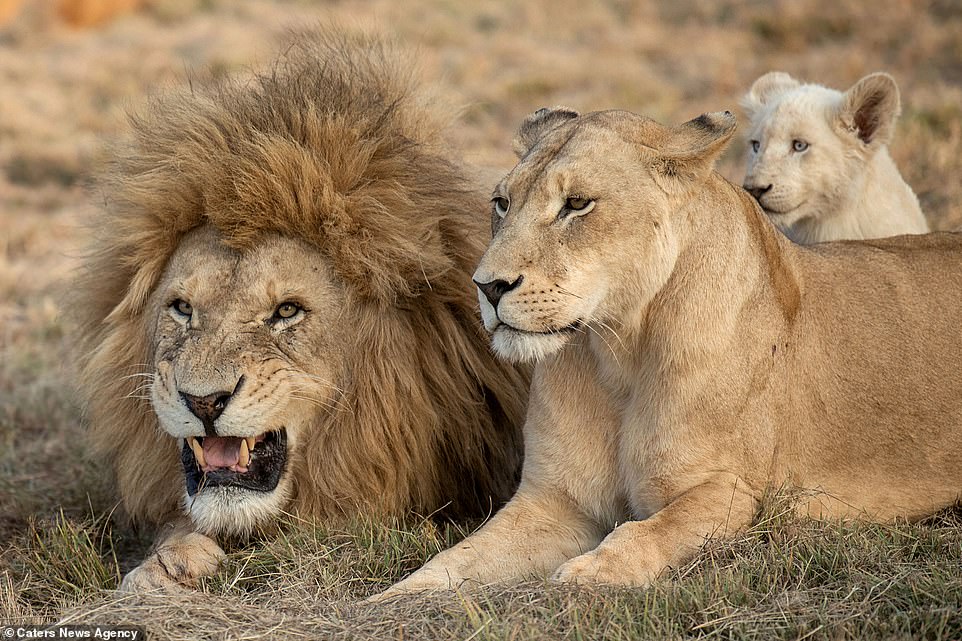 Keep away: The lions put on a sterner look as the largest male lion bares his teeth and the female gazes straight ahead 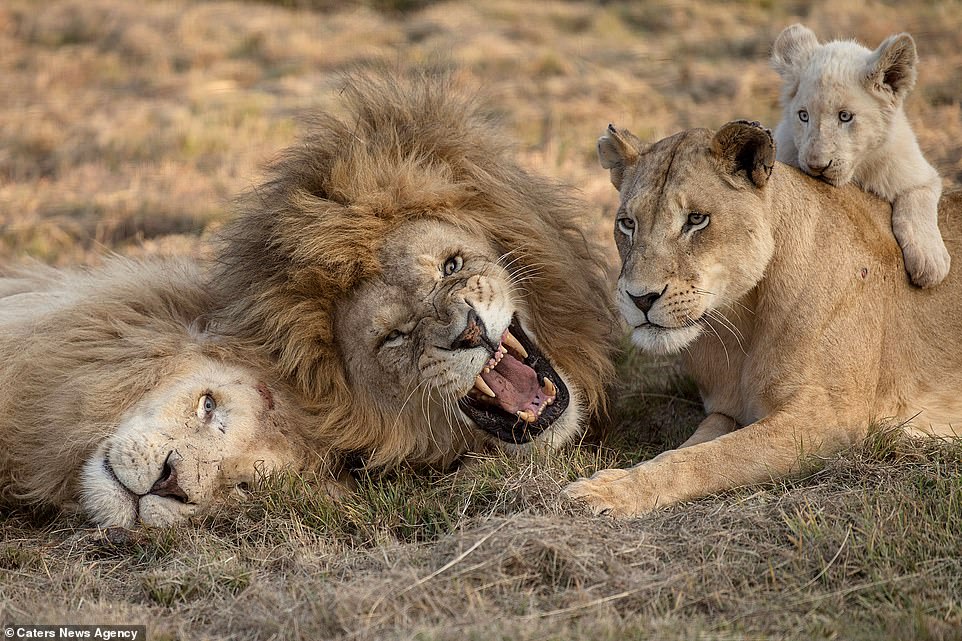 Scary face: The male opens his mouth wide and shows off his teeth while he lies on his side with the other lions around him 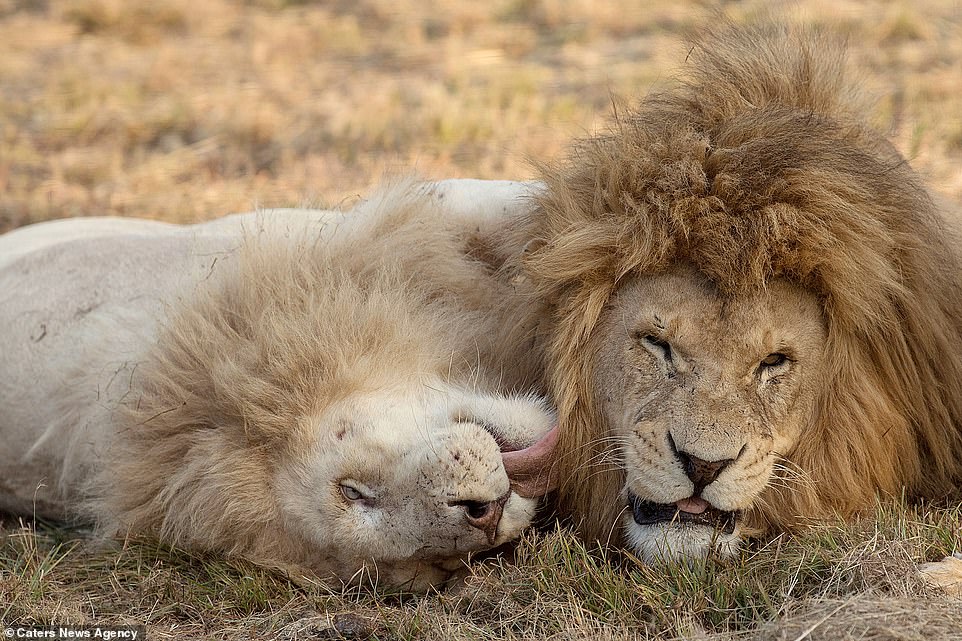 Upside down: The male lion relaxes on the ground out while a younger animal lies on his back and licks the larger one’s mane 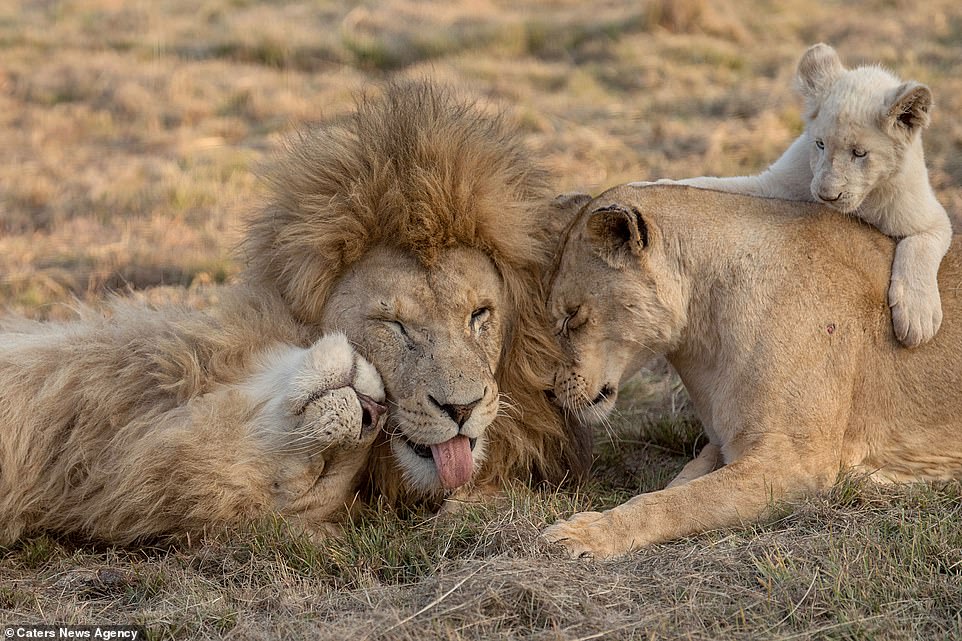 All friends: The family cuddles together in one of the pictures taken by a 37-year-old Lebanese photographer in South Africa

By: TIM STICKINGS FOR MAILONLINE