It’s not every day you witness a bear-knuckle boxing match going on in your garden.

So when Scott Frerman, from Tennessee, went out to sit on his second-floor deck for a spot of lunch – the last thing he expected to see were two black bear cubs locked in a comical play f.i.g.h.

The adorable pair were captured on camera jostling with each other as they rolled around on the grass, paying little heed to the audience they had attracted. 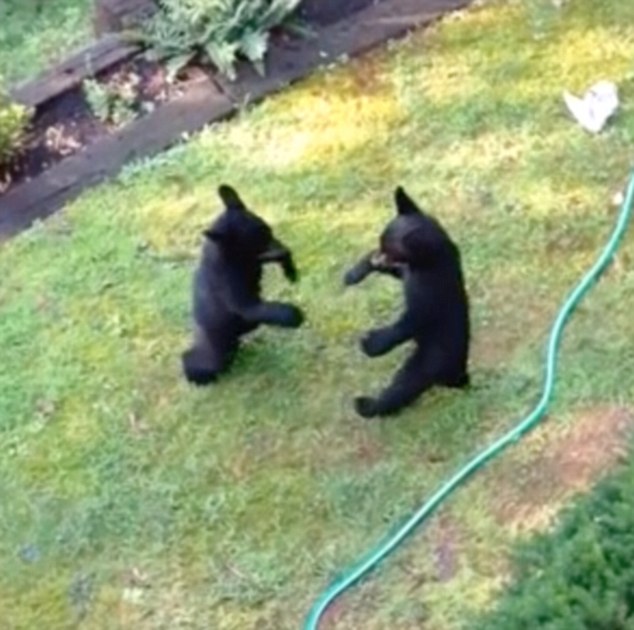 Bare-knuckle boxers: Black bear cubs jostle back and forth during playful fight in Tennessee 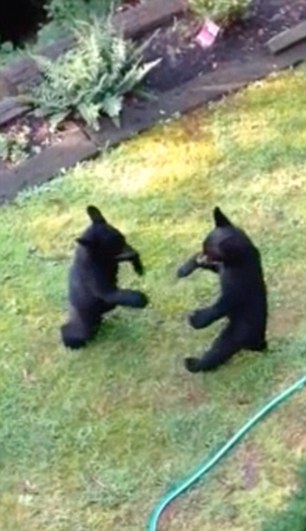 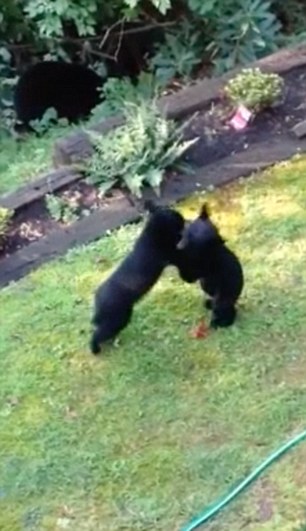 Bear-faced cheek: The two cubs were not worried that their mother was close by as they continued their battle

A larger bear, believed to be their mother, can be seen showing little interest as she buries her head in a bush – no doubt to get some peace and quiet.

Another more well-behaved cub can also be seen in the 30-second clip, sticking closer to his mother as the other two, presumably his siblings, battle it out.

The American black bear is the continent’s most widely distributed species and is an omnivore with its diet varying greatly depending on season and location.

Black bears often encroach on areas populated by people as they search for food.

One recently climbed into a resident’s hammock in Daytona Beach, Florida, to take a nap – the incident was one of many cases of bears caught sleeping in hammocks.

17 Bucket-List Experiences You Must Have in Canada