Many forget that penguins – and many of them – live throughout New Zealand. Here’s where to see them.

Everyone wants to see penguins. And for many folks out there the frozen expanses of Antarctica are the places to see these auspicious waterfowl. But in truth penguins live throughout the Southern Hemisphere – including Australia, South Africa, Argentina, and of course, New Zealand. In fact, the oldest known fossils of penguins are found in New Zealand – and it is currently believed that penguins first evolved in New Zealand. In New Zealand, you won’t see great colonies of penguins covering the landscapes like in the nature documentaries or the iconic Emperor, King, or Adelie Penguins. But you will see these little critters living their more solitary lives in warmer climes. In fact often on coastal cruises around the fiords and sounds you will spy penguins swimming in the water around the ship. 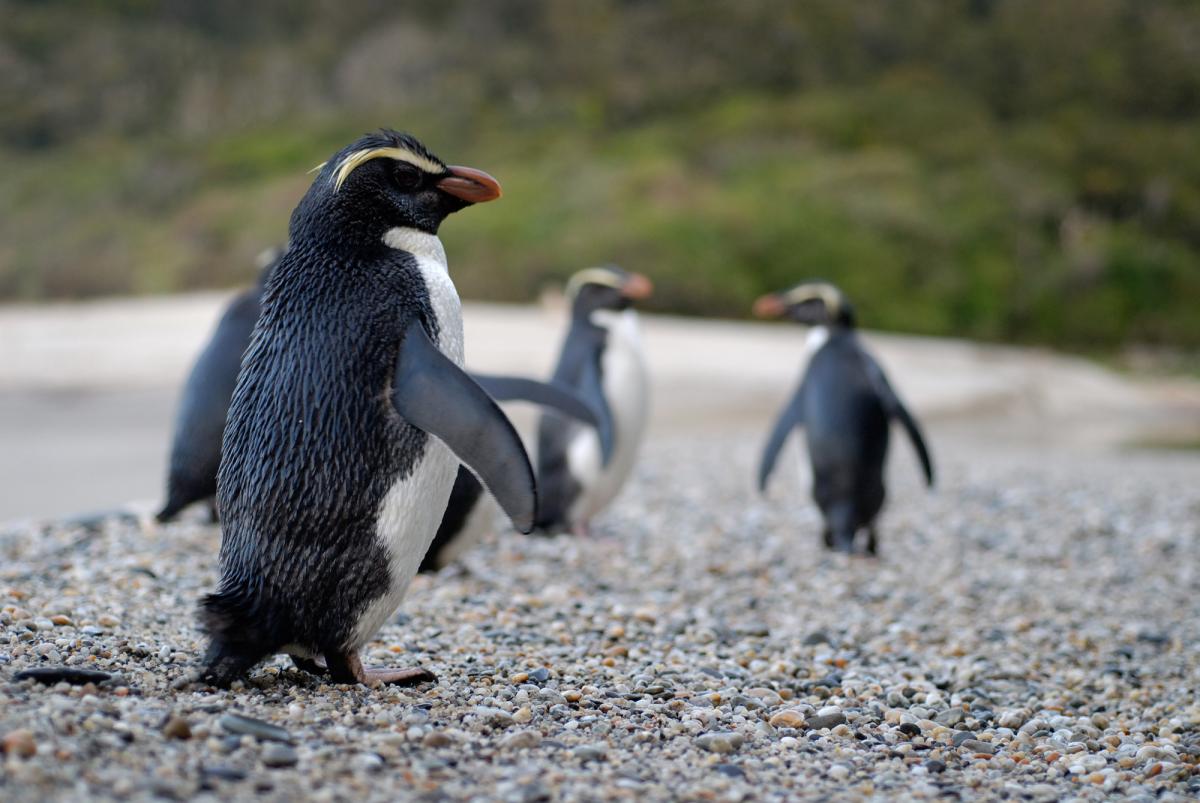 Around 5 of the approximately 21 species of penguins in the world are to be found in New Zealand and its outlying islands. The New Zealand main islands are home to 3 species of penguin; the reclusive Fiordland Penguin, the cute Little Blue Penguin, and the endangered Yellow-Eyed Penguin. New Zealand is a land without native land mammals or snakes, but it makes up for that with a huge selection of unique birds and marine wildlife. Of these penguins, the Little Blue Penguin is the most common. If you travel to the southern New Zealand town of Omaru and you may even get to see these adorable little birds nesting and rearing their young under people’s homes! This is actually a thing and sometimes they are noisy to the despair of the locals! There are tours for people to watch them come ashore and waddle their way overland to feed their young. One such company offering tours is the Omaru Blue Penguin Colony. Fortunately, the Little Blue Penguin is not endangered; it’s abundant – a closely related cousin of theirs lives over the Tasman Sea in southern Australia.

The Fiordland Penguin mostly lives around the jagged coastline of the mountainous and impenetrable rainforests of Fiordland National Park. Fiordland is so named for its many fiords something like those of Norway and the most famous Fiords are Milford Sound and Doubtful Sound. It is located in the southwestern corner of the South Island. You may see one during your cruise of Milford or Doubtful Sound. 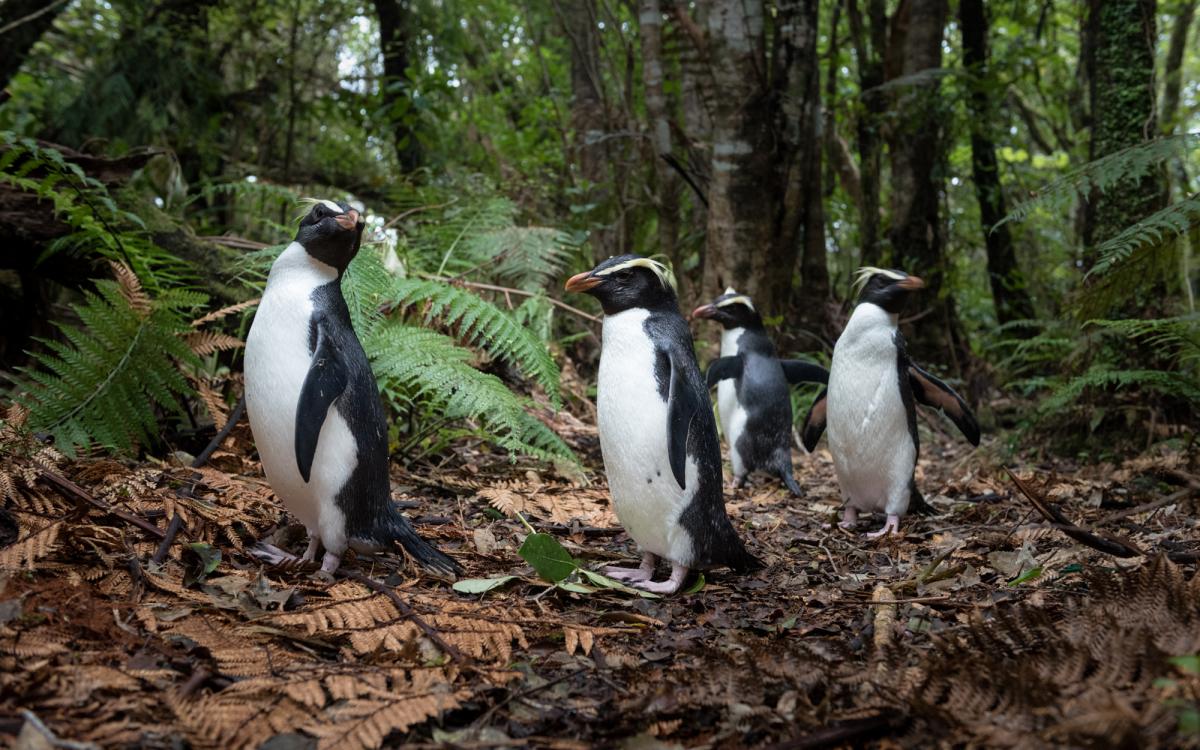 Travel further still all the way down south to the Catlins (the extreme southeastern part of the South Island) and you may be greeted with the endangered (unfortunately it is considered the world’s most endangered penguin) and stunning yellow-eyed penguin. All you need to do is camp along the coast at a campsite (in New Zealand you must camp at a destinated campsite) and stroll along the coast. All going well you will be able to see the adults coming back onshore to feed their young. The season for seeing these birdies is in the Southern Hemisphere’s spring and summer between October and March. You can actually see the penguins year-round but they are not breeding in the winter and sightings are not guaranteed. For those looking for a tour (you can just explore the coastline by yourself if you prefer), one tour company is Penguin Place – Conservation Reserve based out of the southern city of Dunedin. It is a private conservation effort that provides tours to see the precious Yellow Eyed Penguin.

Penguins in New Zealand have little sense of fear, so be careful about approaching too close as your presence may disturb them. This lack of fear is making them vulnerable to predation by dogs, cats, and weasels in New Zealand. Predation is a major threat to these delightful birds lacking any ability to defend themselves (before humans arrived in New Zealand introducing animals with them, there were no land-based predators in New Zealand so they didn’t need to fear).

While scanning the coastlines of New Zealand for these cute and iconic birds you will be able to see many other kinds of marine life. You are nearly guaranteed to see scores of fur seals lazily basking on the rocks and perhaps dolphins, whales, and even (if you go to the right place) a Royal Albatross colony. The wildlife beauty of New Zealand hardly stops there, New Zealand is home to some of the world’s strangest birdlife. It is a southern paradise just waiting to be explored. 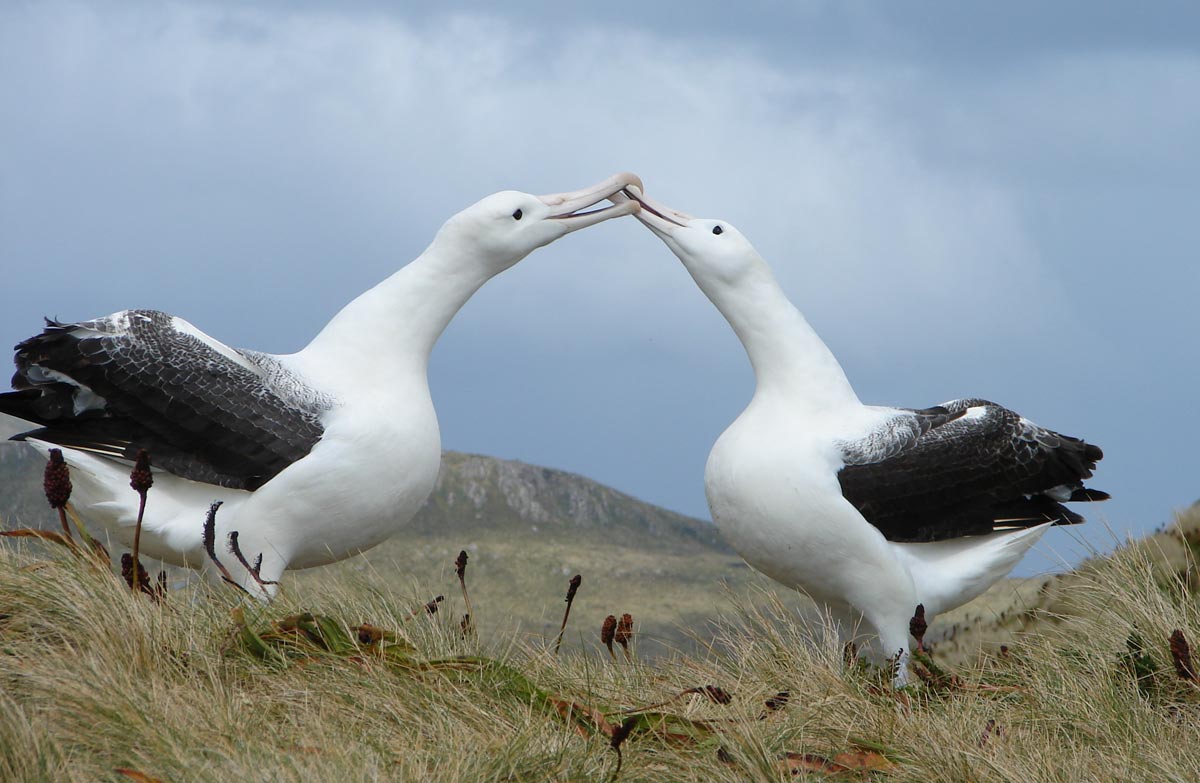 One hotspot of New Zealand’s marine wildlife is the Otago Peninsula. This small peninsula is only a short drive from Dunedin. Go at the right time of year and you will be greeted with a dizzying array of marine life. These include the rare Yellow Eyed Penguin and the rare New Zealand Sea Lion, as well as the Little Blue Penguin, the Fur Seals, and the Northern Royal Albatross. And remember there’s always a chance of spotting Humpback Whales, Bottlenose Dolphins, or even Orcas (aka Killer Whales) off the coast. That being said the whale watching hotspot is about 400 miles up the South Island at Kaikoura where mountains literally flow into the sea. 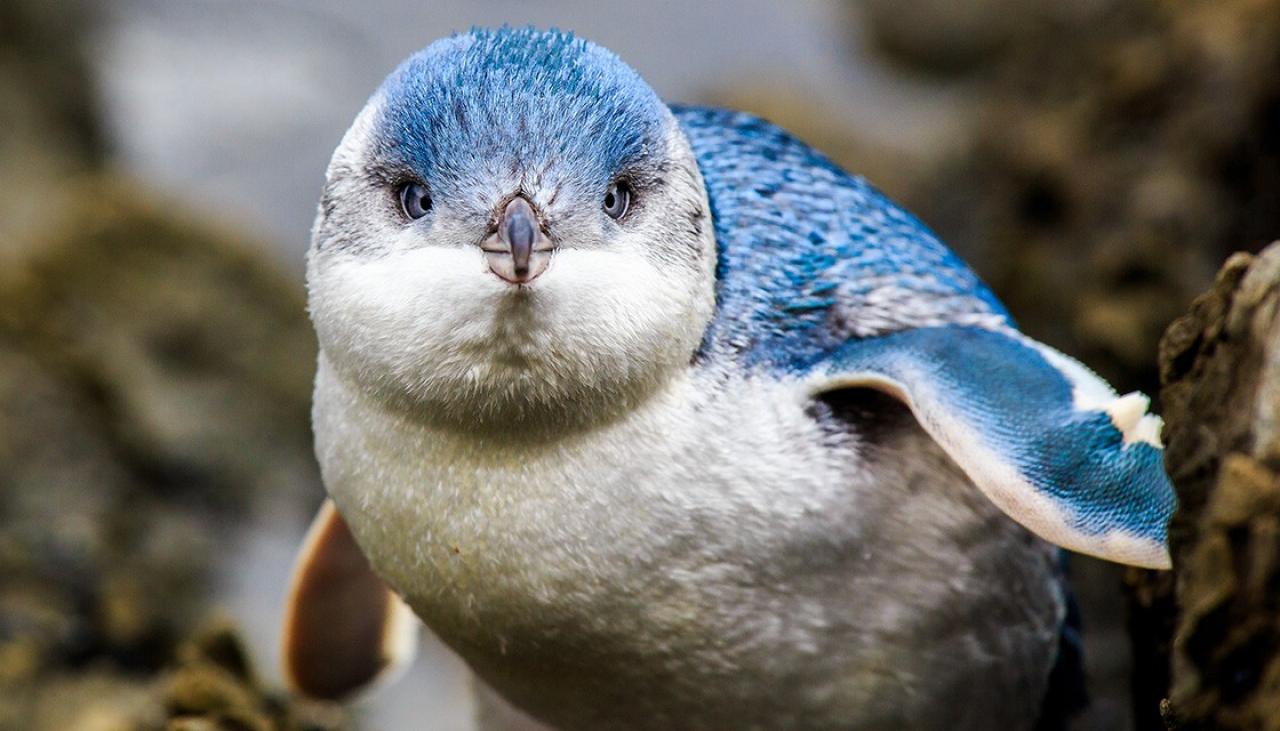 If you are on the North Island, remember you can spot the Little Blue Penguin just about anywhere in New Zealand. Additionally, if you are up by the main city in the North Island, Auckland, be sure to check out the Gannet colony there – most of the colonies are on tiny islands off-shore but this one is on the coast and you can approach within 10 yards of them nesting. The breeding season is the summer months.

In summary, New Zealand is perhaps one of the easiest places in the world to see penguins and few places have three species of penguins with more or less overlapping ranges.