Austria has some of the most dramatic, scenic landscapes in Europe. Read on to discover where to find its most jaw-dropping views—a treat for the eyes after a long day’s hike. 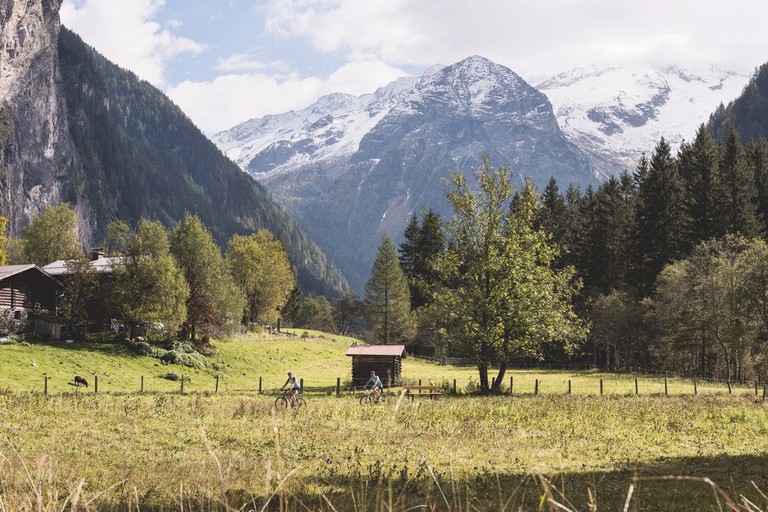 Located in the region of Pongau, the epic mountainous landscape of the Gastein valley is hugely popular with hikers. Some of the most stunning views of the region are from the tip of the ski slopes on Bad Gastein. 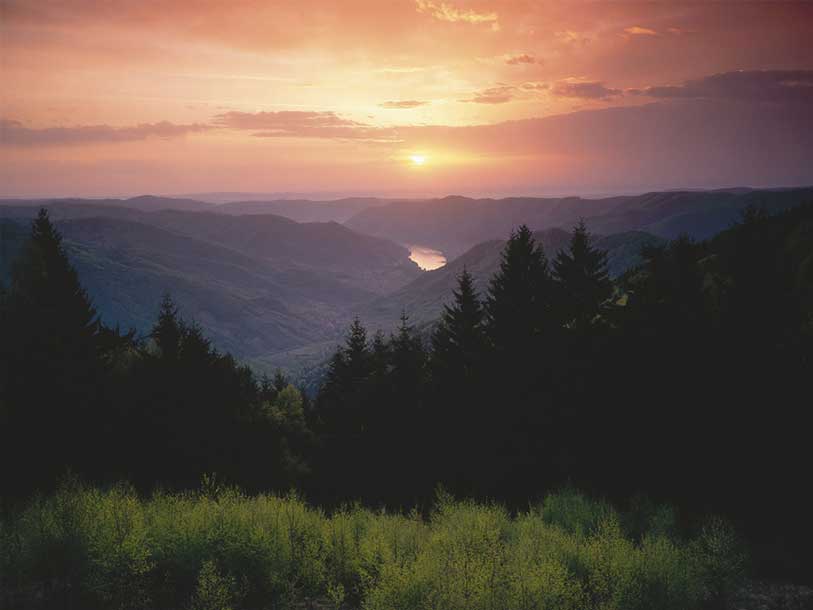 This is a magical part of the country, with an endless expanse of rolling hills, historic fortresses, and vineyards, all set around the River Danube. The Wachau area in rural Upper Austria is perhaps most famous for being the site where the notorious King Richard Lionheart of England was captured and imprisoned for a year after he insulted Duke Leopold. In 2000, the Wachau was named a UNESCO World Heritage Site for its rich architectural and agricultural history. 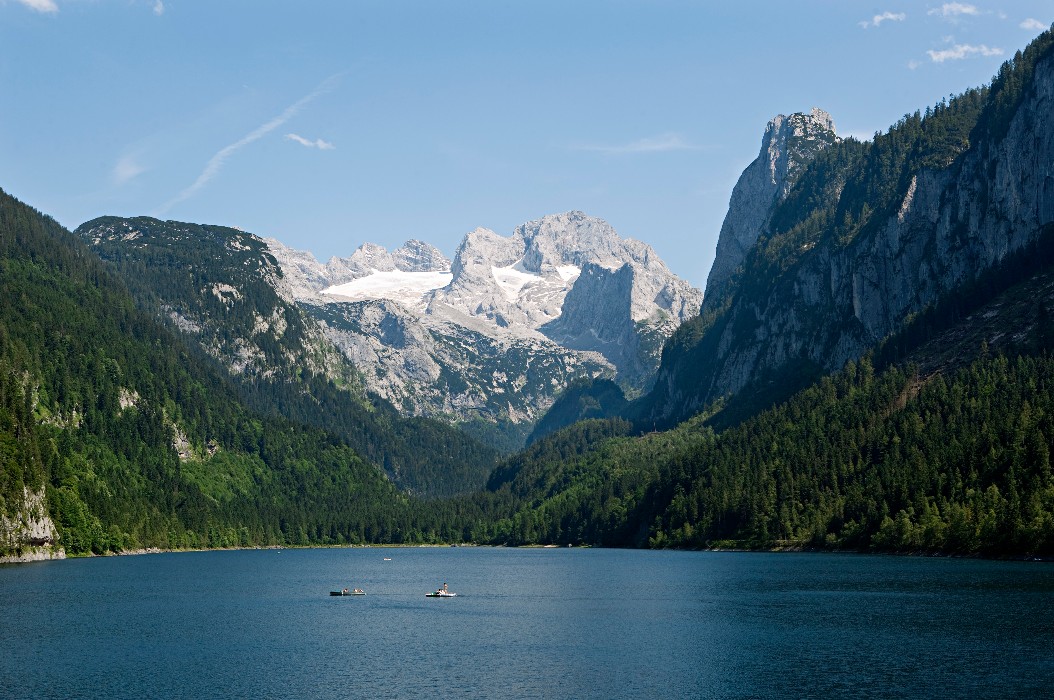 Located 700 meters (2,300 feet) above sea level, the district of Gmunden in Upper Austria is a delightful area blessed with densely rich forests, rugged mountains, and glittering streams. Between January 13 and 21 each year the azure skies explode with color when hundreds of Luftballons grace Gosau’s heavens for Hot Air Balloon Week—where you will catch the most awe-inspiring views. This is just one of many spectacular attractions to enjoy here; the glaciers and the enchanting Lake Gosau are also sights not to be missed.

Innsbruck, the capital of the Alps, is at its most captivating during the winter months when the sky turns a deep navy, the mountain peaks are dusted with icing-sugar snow, and glowing Christmas markets pop up all around the city. While most people flock to Vienna when visiting the country for the first time, Innsbruck promises a far more tranquil and unassuming holiday away, boasting the best of both worlds, with natural beauty and intriguing city sights. The cable car offers spectacular panoramic views—departing from the center of town and taking you right up into the mountains.

This hike is only for the very ambitious. It is made up of 23 linked stages, with a challenging combination of precarious mountain paths with intimidating elevation levels. However, if you are brave enough to take the feat, you won’t regret it—the views along the way are incredible. 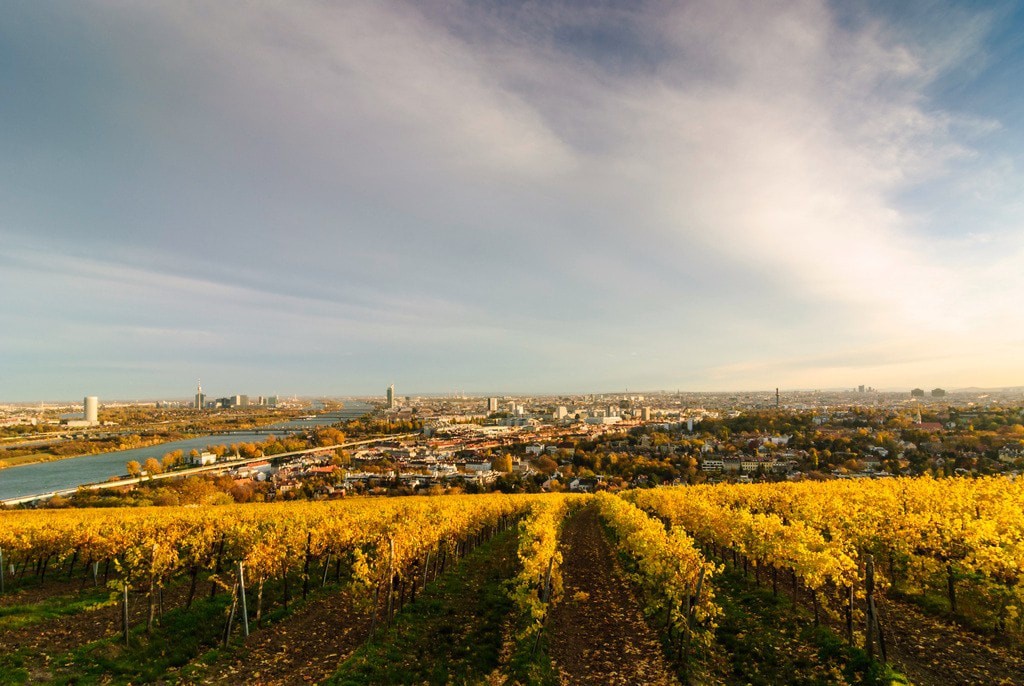 If you look to the outskirts of the city, you’ll notice that the lush hills are covered with vineyards. Viennese wine is among the finest in Europe, and Vienna has a vineyard culture no other capital city can rival with a legacy dating all the way to 1132 A.D. Heuriger (translating to mean “this year’s wine”) are cozy wine taverns run by local grape growers and offers guests the chance to sample some locally produced wines alongside traditional Austrian cuisine. The Autumn Wine Hiking Day is a perfect way to sample Austria’s wine culture and a great day out. Hike up the Leopoldsberg hill and you’ll catch the best views of the city. On particularly clear days, you can see all the way to Bratislava and beyond. The city skyline is best seen from Nussberg.

Why the Relaxed Viennese Attitude to Work Is Actually Very Productive