You’ll be surprised by the number of knockout castle hotels in Canada. Many of the country’s most enchanting vacation spots are former railway hotels, stretching from Vancouver Island and Banff to Ottawa and Montreal. Now primarily owned by Fairmont, these citadels were constructed in the late 19th century and earned the nickname Castles of the North. Looking for a special getaway with a historical bent? We’ve got the best castles in Canada for you to stay in, now bookable with Culture Trip. 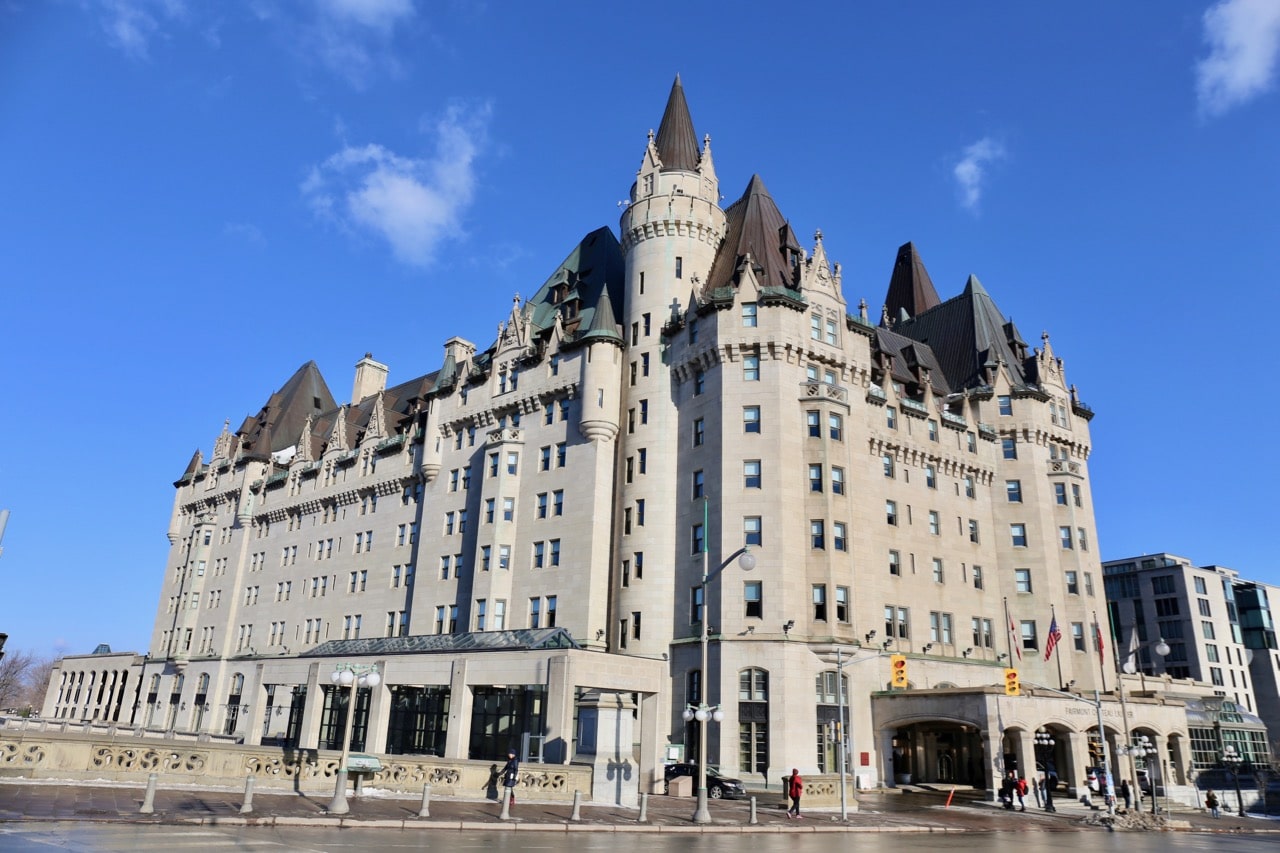 In downtown Ottawa with views of Rideau Canal and the Ottawa River, Château Laurier was designed in French Gothic style to complement the adjacent Parliament buildings. It’s been a National Historic Site since 1980 and features 426 guest rooms (including 33 luxurious suites). Take a spin in the ballroom (built in 1912) or try out the heated indoor pool and spa. Château Laurier is perfectly poised for exploring the capital city. 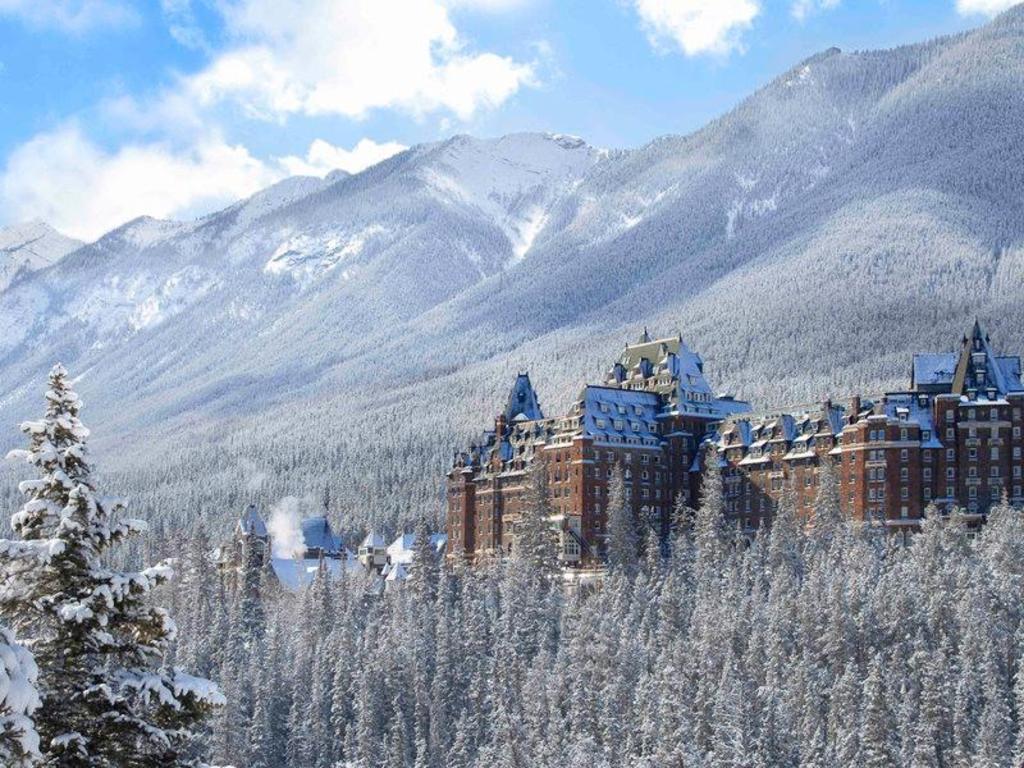 Fairmont Banff Springs is a picturesque former railway hotel in the Unesco World Heritage Site of Banff National Park. Surrounded by the beautiful Rocky Mountains, the Scottish baronial-style building first opened to the public in 1888 and has been stunning guests ever since with its 764 guest rooms and suites. Ever popular with skiers thanks to its close proximity to Norquay, Lake Louise, and Sunshine Village ski resorts, in the summer the hotel’s golf course comes into its own. Enjoy a candlelit meal in the Dome for the ultimate romantic getaway. 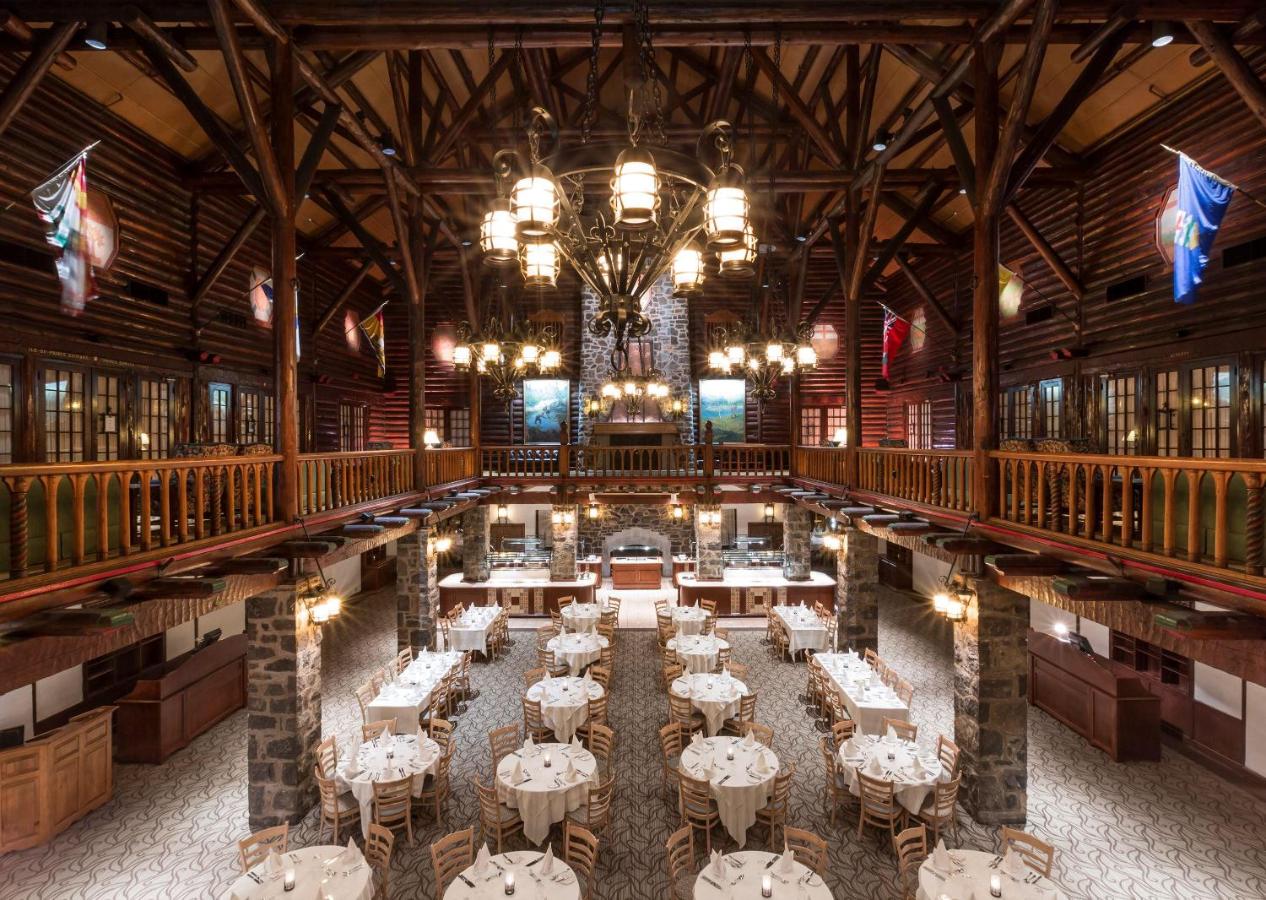 Nestled between Ottawa and Montreal, Fairmont Le Château Montebello is cradled by 65,000 acres (26,305ha) of forest on the Ottawa River. It’s not your average-looking castle; in fact, it’s one of the world’s largest log cabins and has stood on this site for more than 90 years. The main lounge is a sight to behold – an enormous hexagonal stone fireplace surrounded by cozy armchairs, ready for you to curl up in with a good book and a hot caribou (mulled wine). It’s no wonder that many visiting celebrities (including Grace Kelly and George W. Bush) have passed through its iconic doors. 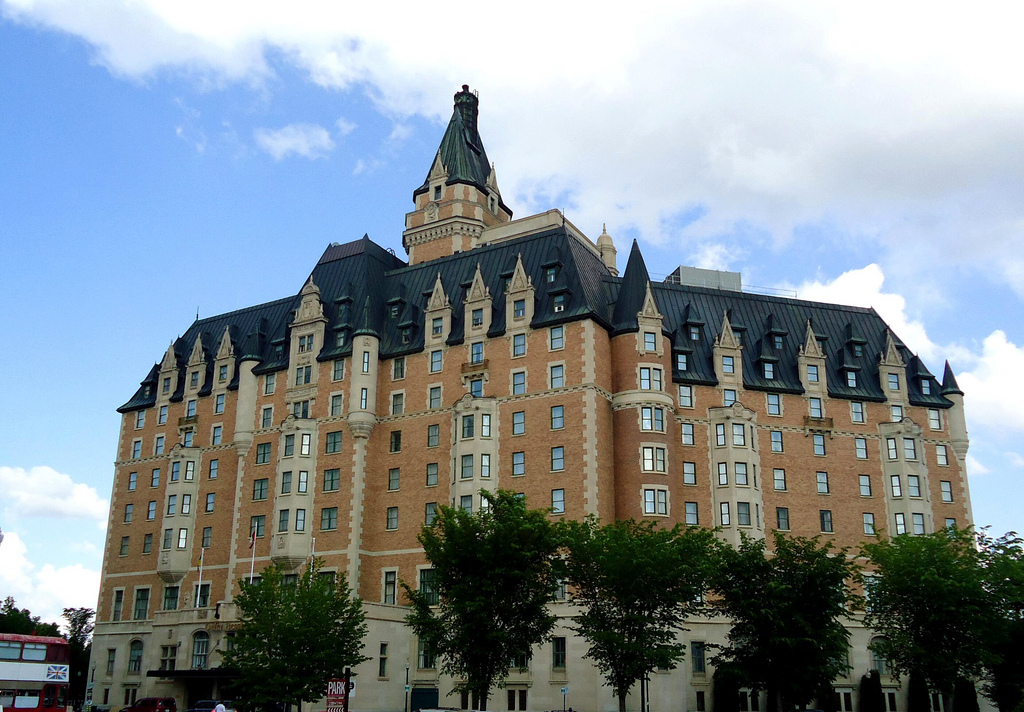 Delta Hotels Bessborough (known locally as the Bess) is a 10-storey hotel and historical landmark in downtown Saskatoon. The Canadian National Railway built the castle between 1928 and 1932 and it’s surrounded by sculpted Elizabethan gardens. The Garden Court Café boasts the only patio in Saskatoon with a water view and there’s also a Japanese restaurant on-site, plus an indoor pool and ballroom. 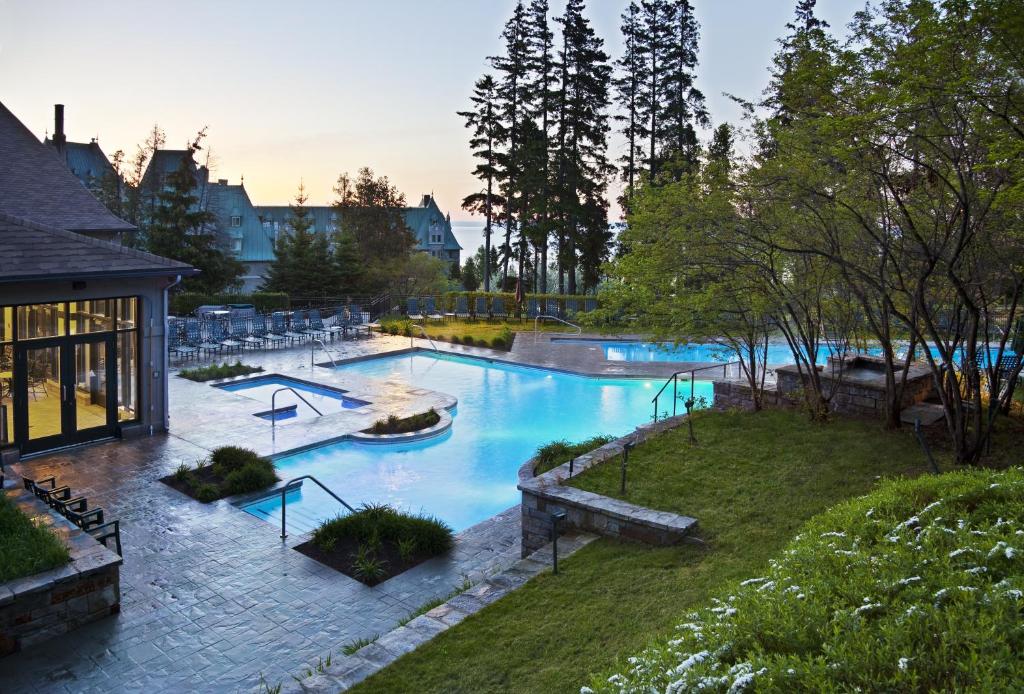 In Quebec City’s Charlevoix region, Fairmont Le Manoir Richelieu offers sweeping views of the Saint Lawrence River. Rooms are decorated in a classical style, overlooking either the manor grounds or waterfront. Outdoor activities at Richelieu include cross-country skiing and snowshoeing in winter – and in the summer it’s a prime spot for whale watching and hiking. It’s also home to a 27-hole golf course and four restaurants, including a mini sugar shack where you can try the addictive local maple taffy. 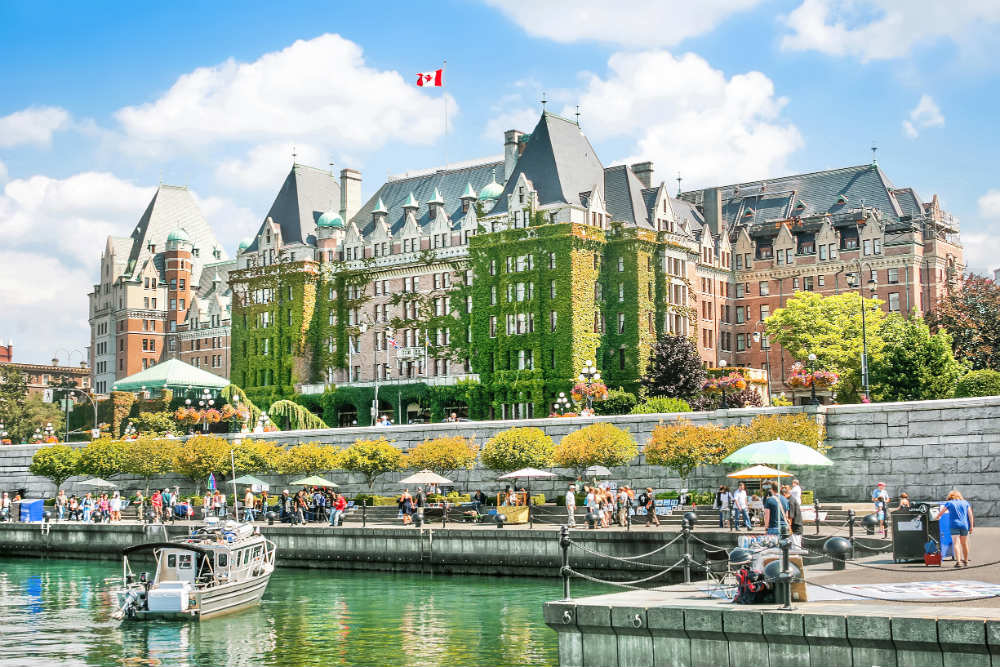 Fairmont Empress is Vancouver Island’s most iconic hotel and a National Historic Site. The Edwardian château sits on Victoria’s Inner Harbour and many of the rooms have views over the water. Book a world-famous afternoon tea and you’ll be served a tower of cream cakes, mini sandwiches, and scones accompanied by honey from the hotel’s beehives. Afterwards, kick back in the Willow Stream, one of Canada’s top-rated spas; try the ritual which includes a Finnish style sauna, steam inhalation session, and dip in the mineral pool. 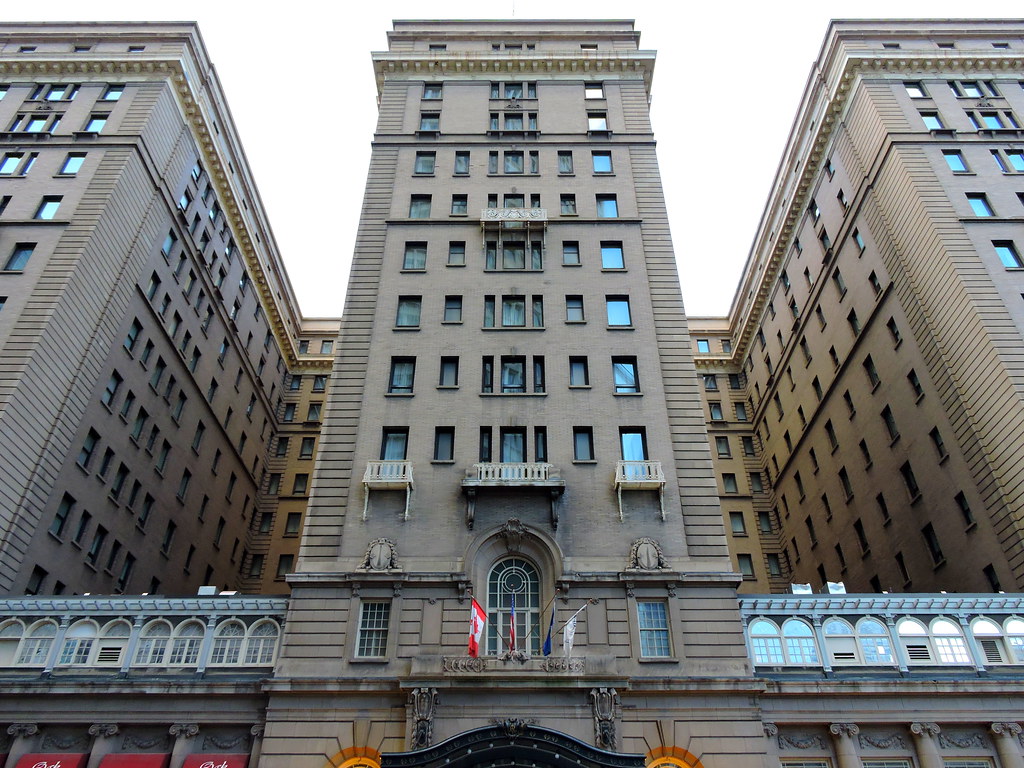 Fairmont Palliser (named for Captain John Palliser who explored this region in the 1850s) is the oldest and most luxurious hotel in Calgary. The Edwardian architecture sets off the strong geometric lines of its interiors, which are said to reflect the prairie grain elevators found across Alberta. Soak in the hot tub after a day spent pounding the pavements, before dinner at the Hawthorn, the hotel’s fine dining restaurant. Come back in the morning for the legendary

Le Château Frontenac is one of the most photographed hotels in the world. It sits high in fortified Old Quebec and dominates the Quebec City skyline. Named after the Count of Frontenac, Louis de Baude, who was a former governor of the New France colony, the National Historic Site has Saint Lawrence River views from many of its 611 rooms, spread over 18 floors. Dine at the Champlain restaurant onsite, renowned for its extensive list of world wines.

On Lake Louise’s shores in Banff National Park, this château is a year-round luxurious mountain resort. Like Banff Springs it offers world-class skiing in winter and incredible hiking and canoeing in the summer. This 552-room hotel has everything you could possibly need, including seven delicious restaurants and lounges, a spa, shopping outlets, and a kid’s camp. Best of all, you’ll wake up each morning with a view of the iconic Turquoise Lake. 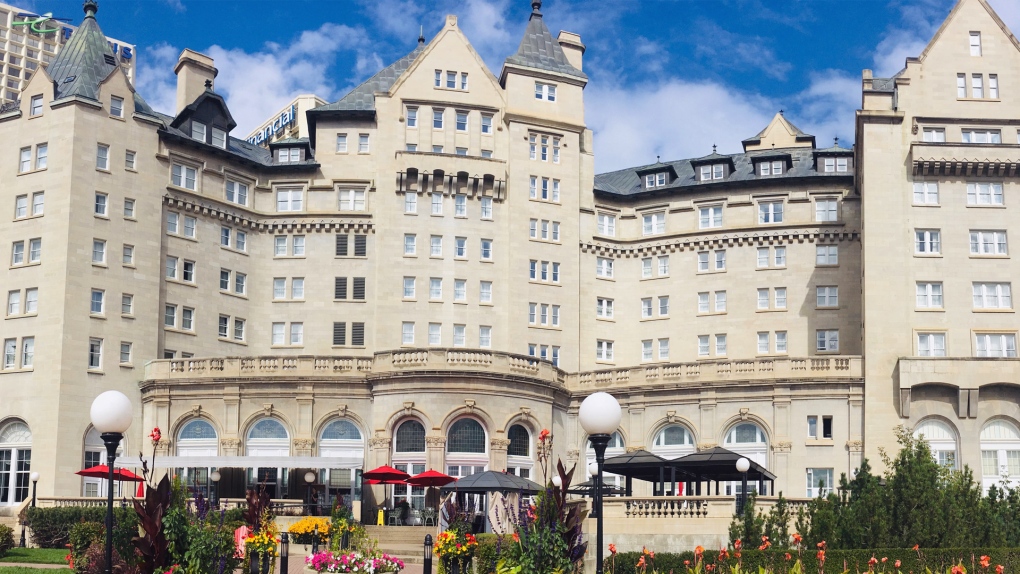 Another Fairmont hotel, Hotel Macdonald is by no means less luxurious. This château-style property is an Edmonton landmark and overlooks North America’s largest urban parkway, the North Saskatchewan River Valley. People have been flocking to Hotel Macdonald for weddings, business trips, and romantic getaways since 1915. It isn’t a complete visit to the hotel without saying hello to Smudge, Hotel Macdonald’s friendly canine ambassador.

Arrive by boat at Manoir Rouville-Campbell, a Tudor-style stately home on the banks of the Richelieu River. Built in 1850 by Thomas Campbell, a local political figure, it’s welcomed prominent figures like Lord Elgin and King Edward VII through its doors. Now it’s a boutique hotel with a private dock, swimming pool, and popular pub restaurant. For a regal stay book the Manoir Suite with its crown moulding, original fireplace, and country-style furnishings; notably more characterful than the contemporary rooms.

Give me a bear-hug! Cute moment two giant polar bears share a cuddle in the snow