These startling images show an elephant escaping when it was hit in the beard by a train – as it crosses the tracks dangerously close to an oncoming train.

The image, taken by wildlife photographer Rupak Dastidar, shows endangered elephants in the Indian jungles after a train line was built to cut straight through the forest.

Dozens of elephants are killed each year after being hit by a train – which resulted in a speed limit being introduced for trains to save the elephants’ lives. 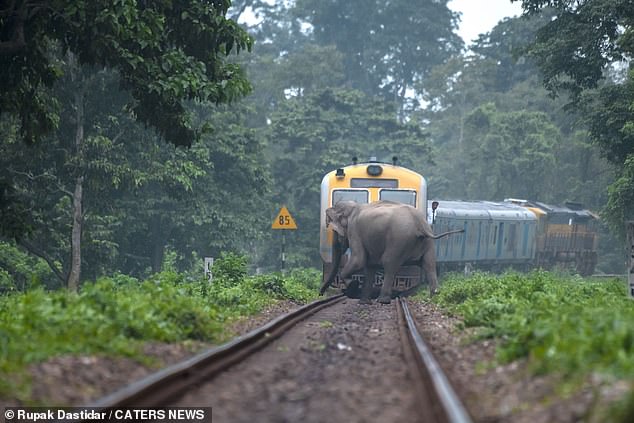 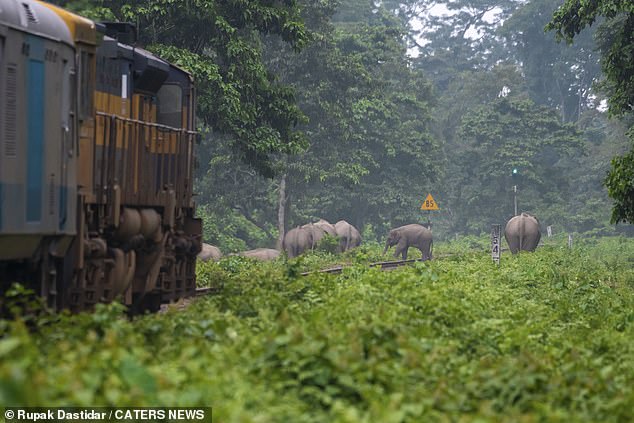 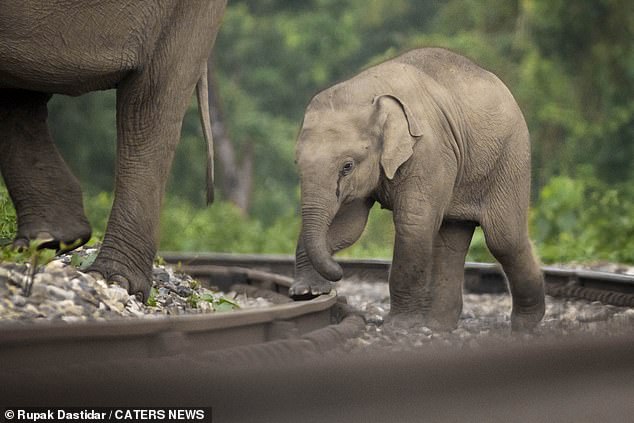 Rupak, 29, said: ‘The railway track turned out to be a graveyard for wild elephants with more than 90 of them being killed since the conversion took place.

‘The trails pass through a few national parks, wildlife sanctuaries, and reserved forests that feature numerous corridors of wild animals such as the Indian Elephant and the Indian Gaur.

‘The frequency of accidents along routes of Alipurduar and New Jalpaiguri lines has led forestry and railway officials to try to come up with a solution, cutting train speeds to 50km/h during the day and just 25 km/h at night. 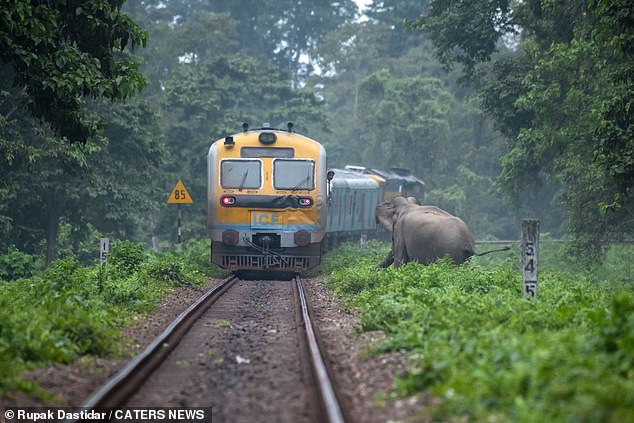 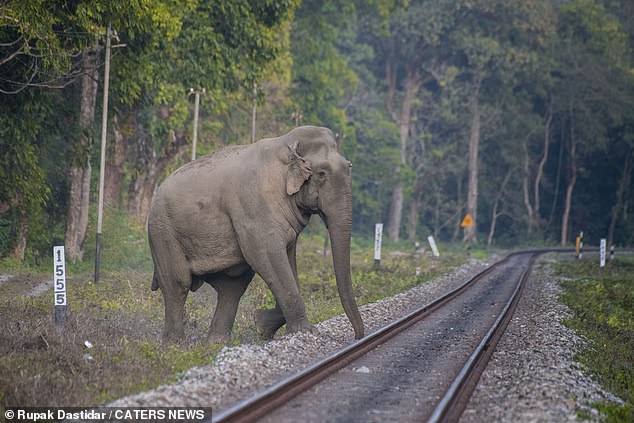 An adult elephant prepares to cross the track in an Indian forest. 90 elephants have been killed since this train track was built

An adult elephant prepares to cross the track in an Indian forest. The new train tracks have been built to pass through national parks and reserved forests
‘The number of dead and injured elephants went down later that year, but despite the restrictions on trains continued to kill elephants.

‘This photo illustrates the danger they face in their own home.’

Officials said two elephants were rammed and killed by a passenger train late last year in eastern India. The animals’ carcasses were decorated with flowers before being cremated at the spot.

According to wildlife officials, in the past five years, at least 26 elephants have been killed and more injured by trains on a stretch of track near the Nepal border.

This Is How Baby Elephants Drink Water (Until They Know Better)