An anti-poaching group rescues a baby elephant after it is trapped in a mud pit for two days.

A team from the anti-poaching group, Bumi Hills Foundation, made their way over Lake Kariba, Zimbabwe, to rescue the mammal after fishermen reported the incident.

Footage captures the baby elephant submerged in the pit while its mother scrapes away the mud with its foot.

The distressed mother frantically attempts to dig out her child as it struggles to keep its head above the sticky mud. 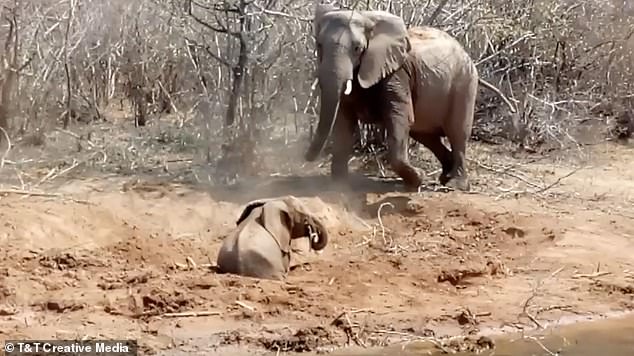 The baby elephant’s legs were completely submerged in the mud pit on the side of Lake Kariba, Zimbabwe 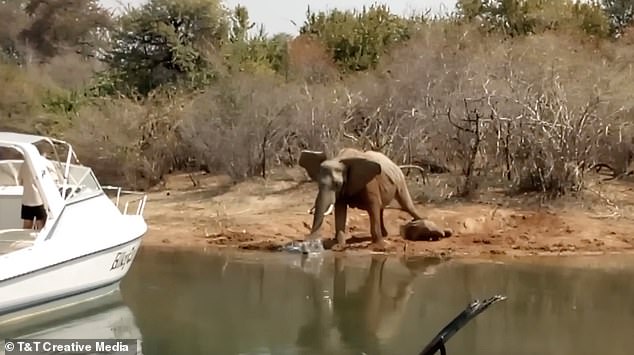 Rescuers from the anti-poaching group, Bumi Hills Foundation, made their way over the lake in a boat. However, the distressed mother elephant splashed her trunk in the water as she defensively charged towards the group 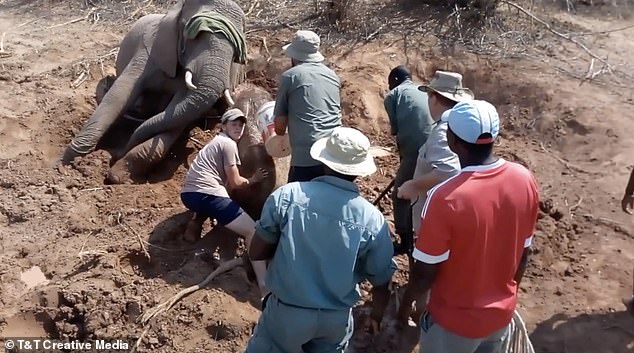 In a bid to calm the mother down, the team sedated her using a dart gun. To cool the pair down the rescuers pour cold water and put damp towels over their skin 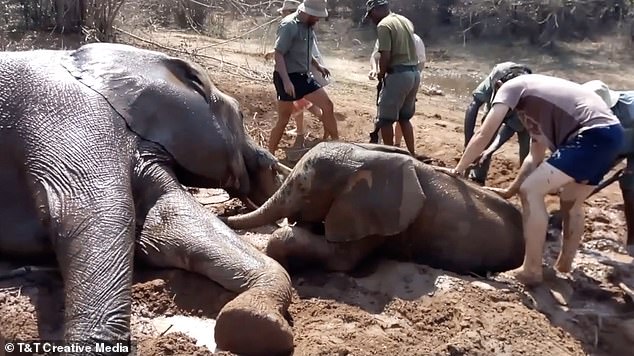 The rescuers approach the mother in a boat. However, the distressed elephant charges at the group and splashes her trunk in the lake.

Locals reported they had spotted the trapped elephant two days before. However, the remote location proved difficult in getting the word out.

Rescuers are forced to immobilize the mother using a dart gun to sedate her, allowing them to get up close to the baby. 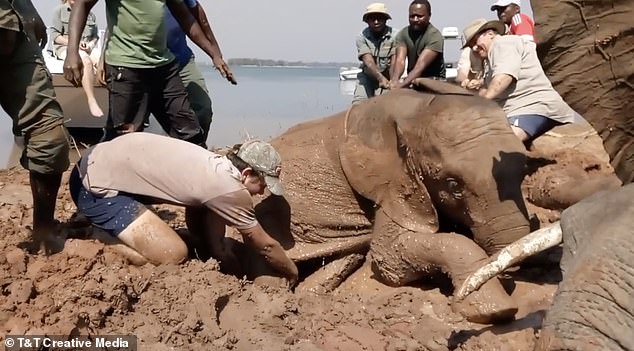 As the mother rolls over in the mud, the team sprays her with cold water and puts wet towels on her trunk in a desperate attempt to cool her down.

The team digs the baby elephant free using spades as it trumpets to signal distress.

After 30 minutes of digging, the baby is hauled from the mud using ropes tied around its stomach. 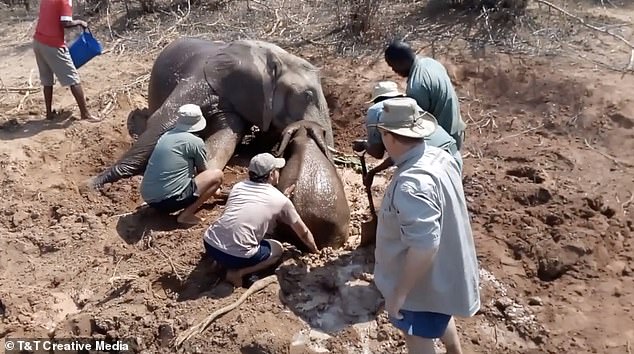 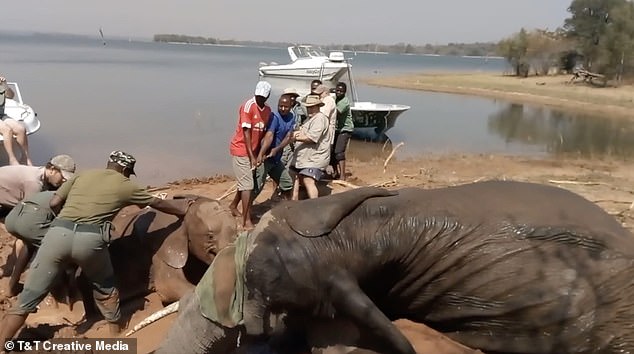 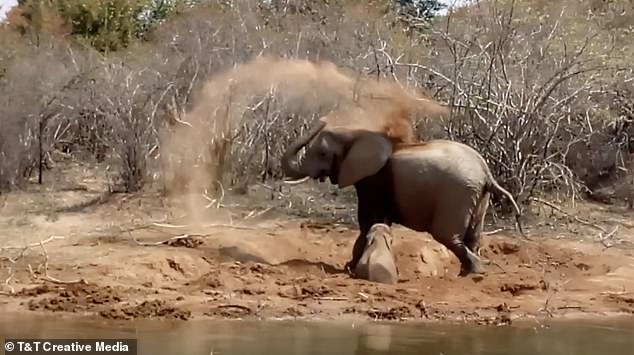 Triumphant! The mother elephant stumbles to her feet after she was sedated to find her offspring free from the mud. She wanders off into the bushes behind with her baby in tow

The group checks the mother over as she stumbles to her feet and walks off into the bushes with her child.