Nalakite was everything to her three calves. Not only had the elephant matriarch given birth to them, but she’d raised them and guided them through life. So when Nalakite became terminally ill, her children were understandably distressed.

This past September, rangers spotted Nalakite and her three calves — a 12-year-old male, an 8-year-old male and a 2-year-old female known as “Nalakite Mdogo” or “Little Nalakite” — roaming around the Masai Mara National Reserve in Kenya. 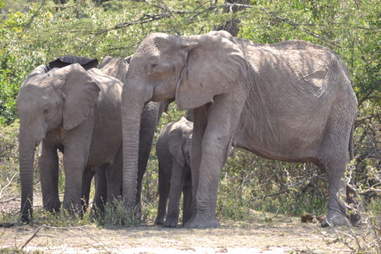 But something was wrong with Nalakite — she’d lost an alarming amount of weight, and she had a circular wound on her left side.

The rangers, who work for Elephant Aware Masai Mara, an organization that monitors and protects elephants in the region, alerted the rest of the team about Nalakite’s condition. A rescue crew, including several veterinarians, hurried to help.

Someone had probably hit Nalakite with a spear — perhaps a villager trying to chase her away from their crops. But no one will ever know the full story. 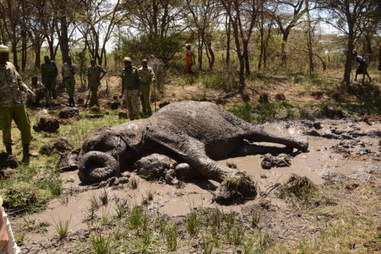 “We don’t know who speared her,” Joyce Poole, an elephant behavior expert and co-director of ElephantVoices, told The Dodo. “Unfortunately there is a lot of human-elephant conflict in the Mara. Spear wounds and arrow wounds are rather common.”

Nalakite had gotten a nasty infection from the spear wound, according to Poole. If the vet team didn’t treat her, Nalakite would die. At the same time, treating her was also risky. They worried about Nalakite not being able to get back up after being sedated.

“Once down, it is difficult to get an elephant up if it does not have the energy to do so itself,” Poole said. “If it it is too weak to get up, it cannot eat or drink and won’t survive.” 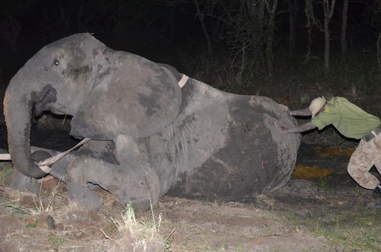 In the end, the vet team decided to treat Nalakite. After sedating her, they cleaned her wounds and administered antibiotics, vitamins and painkillers. But when they gave her an antidote to wake her up, their fears were realized — Nalakite couldn’t get back up.

But the rescue team refused to give up. They got ropes and hoisted Nalakite back onto her feet, while her three calves darted around, looking frightened and confused.

When Nalakite finally stood, everyone cheered — but this celebration was short-lived.

A month later, rangers found Nalakite lying in a muddy water hole. It looked like she’d fallen inside of it, but she was too weak to get herself out.

A rescue team hurried to help her again, and they worked for 12 full hours to try and push Nalakite out of the mud. But it was impossible — they had to give up. Nalakite had no strength left. She was dying. 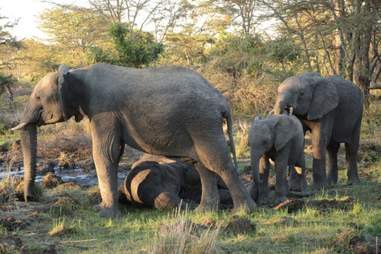 “Nalakite’s calves waited nearby throughout the day and we all gave them room to be with her every hour or so, mainly to offer both Nalakite and the calves reassurance to maintain calm,” Elephants Aware wrote in a Facebook post. “After a very long day and night of trying our very best to save Nalakite’s life, her feeble condition made this impossible and knowing that she was approaching her final moments, it was decided that she needed to be with her babies.” 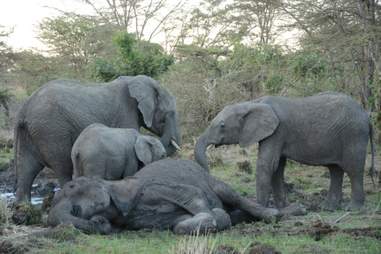 Nalakite’s calves tried to comfort their mother by caressing her with their trunks. At one point, the oldest son laid down next to his dying mother.

“He was very attached to her,” Poole said. “Elephants are extremely tactile. When he couldn’t help her or get a response from her, he did the next best thing and lay down beside her.” 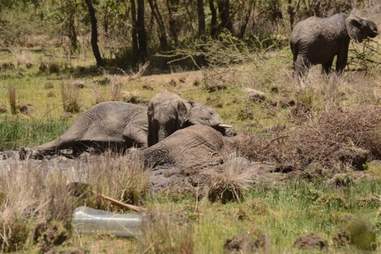 The calves also comforted each other — the sons became extra affectionate with Nalakite Mdogo, their 2-year-old sister, wrapping their trunks around her protectively. 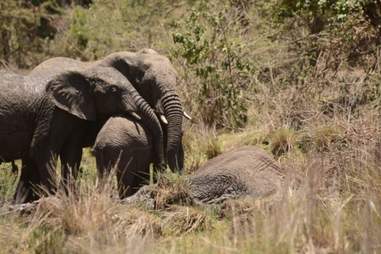 On the morning of October 5, Nalakite passed away. Her three children stayed with their mother’s body for several more hours, mourning their loss. 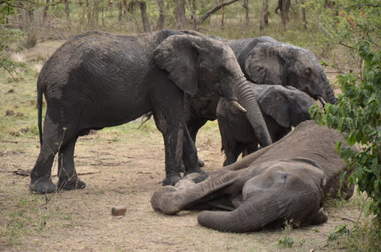 “Elephants have an understanding of death,” Poole said. “They have a concept of the past and the future. The bonds between elephants are extraordinarily strong and when these are broken, as in death, elephants grieve. Having spent years watching and documenting elephant expressions and gestures, their grief is visible — just as we see it in humans.”

While Nalakite’s children will always miss their mother, they still have each other. 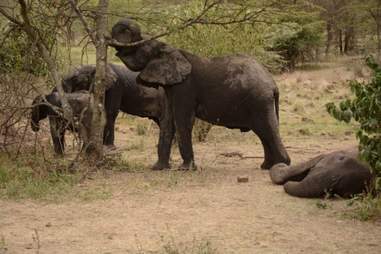 “They are doing well,” Poole said. “They have been with the same family for weeks now, and we do believe that they are with other members of their family — aunts and cousins and so on. The last image I received was of Nalakite Mdogo interacting with some age mates.” 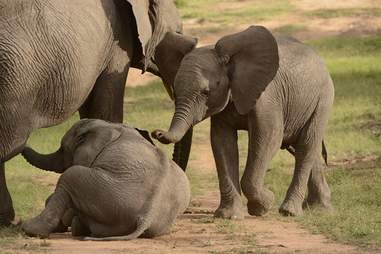 “It is our hope that together with other caring Mara stakeholders, we can help protect the calves and give them a chance to live their lives as elephants should,” Elephants Aware Masai Mara wrote in a Facebook post. 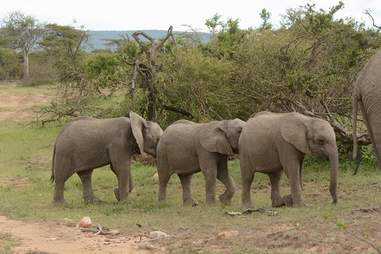 Nobody wants to play with me – can I have a cuddle? Orphaned baby elephant returns to her carer to lay on his lap after she is released into the wild but rejected by her herd