The large-scale herring fishing of the fifteenth century ushered in the Golden Age for the Netherlands. The herring fleet also gave birth to the all-powerful Dutch merchant navy. To the Dutch, herring had become indispensable because it provided the proteins and the omega-3 fatty acids on which the population could grow.

Eating herring in the Netherlands and The ‘Hollandse Nieuwe’ has since become a delicacy with culinary fans all over the world.

Eating herring in the Netherlands is a Dutch tradition and lots of tourists find it exciting to buy a herring for the first time and let it slide down their throats in typical Dutch fashion. The Netherlands and herring are inextricably linked and there is no fish more Dutch than the popular Hollandse Nieuwe! June is literally the festive month for herring lovers because that’s when the Hollandse Nieuwe is brought in and ready to be served. That’s when you can buy the fattest, juiciest and tastiest herring from almost every local fishmonger in the Netherlands.

The Hollandse Nieuwe has been linked to Dutch culture for centuries and not every freshly caught herring can bear that famous name. So where exactly do these kinds of herring come from? What makes a herring the Hollandse Nieuwe? Do you necessarily have to eat a herring raw? If you want to know more, please read on.

A herring is a small, slender and silvery fish. About a quarter of its body weight can consist of fat. Herring is eight to ten years old. After two to three years the herring is mature and about twenty centimetres long. For a long time, the fish was heavily caught and almost became extinct, but the species is doing well again due to fishermen the world over having to adhere to strict quotas.

Where exactly does the herring come from?

Herring comes from the eastern part of the North Sea; most herring can be found in the waters around Norway and Denmark. Some can also be found a little bit to the eastern part of the North Sea in Scottish waters. Almost all the herring eaten in the Netherlands is caught by Danish and Norwegian companies while Dutch companies with factories in Skagen, Denmark, prepare them and bring them to the Netherlands to sell.

The opening of the herring season in the Netherland? The traditional auction of the first keg of herring takes place in Scheveningen every year. The proceeds always go to charity. In 2009, there was a record revenue of more than € 66,000 from the auction. The next one is going to take place on 12 June this year. A day after the auction, the herring season officially starts and the following Saturday is called Flags Day. Traditionally, the auction only involves the sale of Dutch herring called Hollandse Nieuwe. Herring can only be given the name Hollandse Nieuwe if it contains a certain percentage of fat and is cleaned in the traditional Dutch way. In other words, it has to be well-cleaned and then filleted. 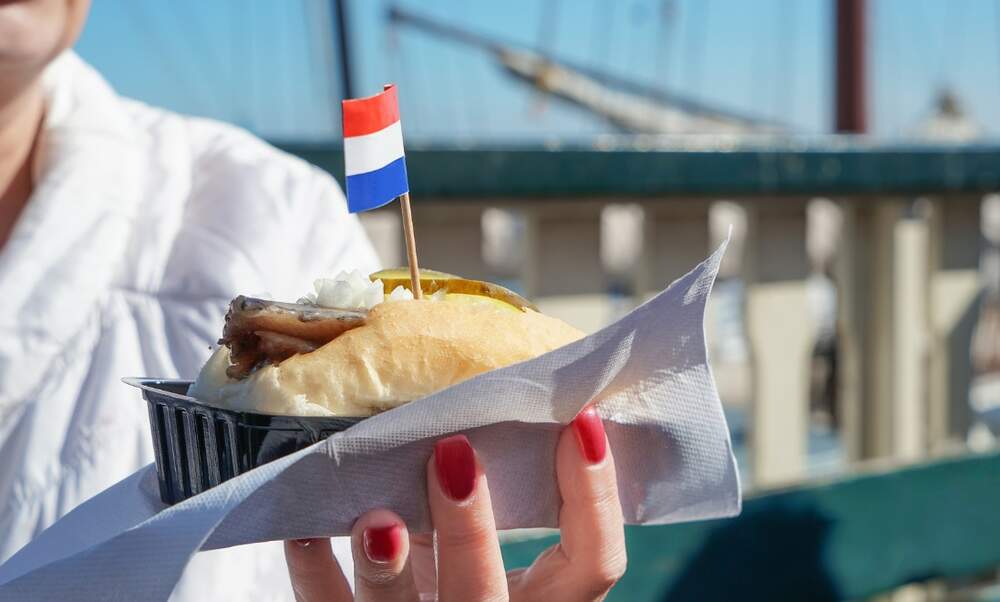 Traditionally, the day the herring auction takes place is called Vlaggetjesdag (Flags Day). A long and interesting history precedes this day. This special day in Dutch history has had the name since 1947, but the herring tradition naturally goes a few hundred years back. According to history books, there was a ban on catching too many herring from the sea in the 18th century. Due to the ban, fishermen had to focus on other species such as the flatfish. Only a limited number of fishermen were allowed to sail out to catch the herring — usually, around 10 boats were allowed to leave every day.

The tradition started because Stadholder Willem V was present on a regular basis to check the departure of the boats. The fishermen enjoyed the official presence of the statesman and made sure to decorate their villages with flags to welcome him. And that’s how the day came to be known as Vlaggetjesdag (Flags Day). The first herring caught by any of the 10 boats were traditionally awarded to a high-ranking person. It could be a Mayor or even the Stadholder. Furthermore, the official Vlaggetjesdag Committee was established in 1950 and has been in charge of all the festivities surrounding Flags Day ever since. 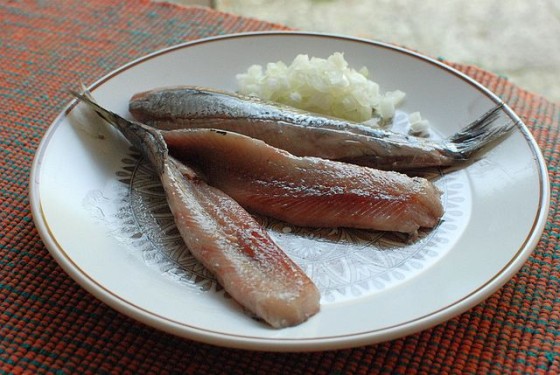 Gibbing is the processing of preparing salt herring. This entails the removal of the gills and part of the gullet with a specially designed knife. However, the liver and pancreas remain untouched because they release enzymes essential for flavour. Gibbing also involves the removal of the heart and the intestines, after which the fish is stored in a wooden barrel with salt. In this way, the herring can be stored for long periods and transported more easily.

What is Hollandse Nieuwe Herring?

The name can sometimes be confusing. It raises the question; when is a herring both Dutch and new? Herring may be called Hollandse Nieuwe if it has a certain percentage of fat — at least 16% — and has been cleaned the right way. Herring is typically caught between the months of May and September and can be quite scarce in the winter months. The name maatje or maatjes herring is derived from virgin herring. This means that the herring caught does not yet contain a roe and may not be called Hollandse Nieuwe just yet. 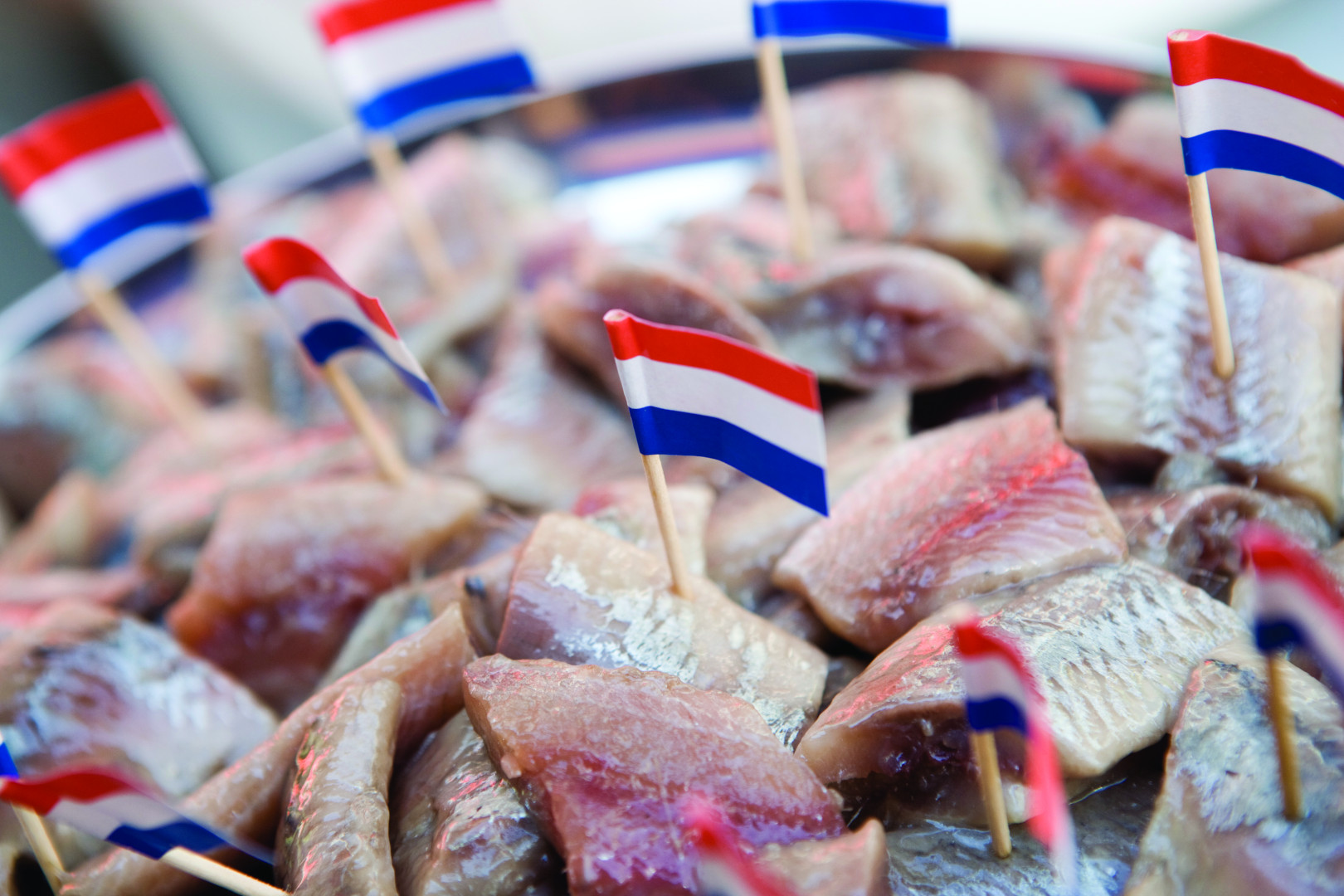 Haringhappen is a Dutch tradition that was borrowed from the Catholic faith. During Lent, Catholics are prohibited from eating meat. As a result of that, Dutch Catholics ate herring to usher in the fasting period after the carnival.

These days, Haringhappen is a regular part of the festivities surrounding carnivals in the Netherlands. The Wednesday after carnival is officially called ash Wednesday and has traditionally been a Catholic event where Christians get an ash cross from the priest as a sign of penance and moment of contemplation. After getting their ash crosses, Dutch locals usually go home and eat some herring. Ash Wednesday is also the start of the 40-day Lent period and Catholics aren’t allowed to eat meat. In those forty days, Catholics have to live soberly and only fish can be eaten until Easter. This is what gave birth to the tradition of eating herring on Ash Wednesday and also during Lent.

How to eat herring 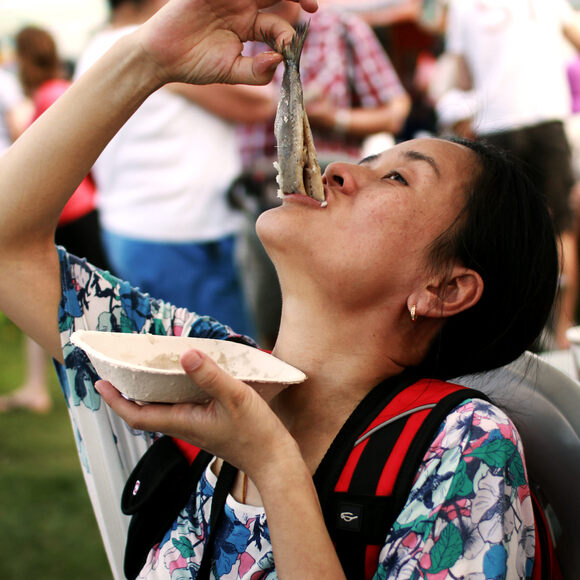 For tourists coming into the Netherlands, especially for the first time, eating herring is something that must be done the right way in order to avoid judgmental looks from Dutch locals. It is customary in the Netherlands to grab a salty herring by the tail and then let it slide down your throat. Often this is done with onions to somewhat neutralise the strong taste of the herring. Tourists usually find it a disgusting way of eating fish and there are also lots of Dutch folks who don’t like it either. You don’t necessarily have to eat herring raw. It can also be eaten fried or smoked.

Some interesting facts about the Dutch herring

About 50 billion herring swim in the North Sea every year.

At a certain point during the Dutch Golden Age, the Netherlands had 80 percent of the herring market and made so much money from the herring trade that they were easily among the top 3 richest countries in Europe. 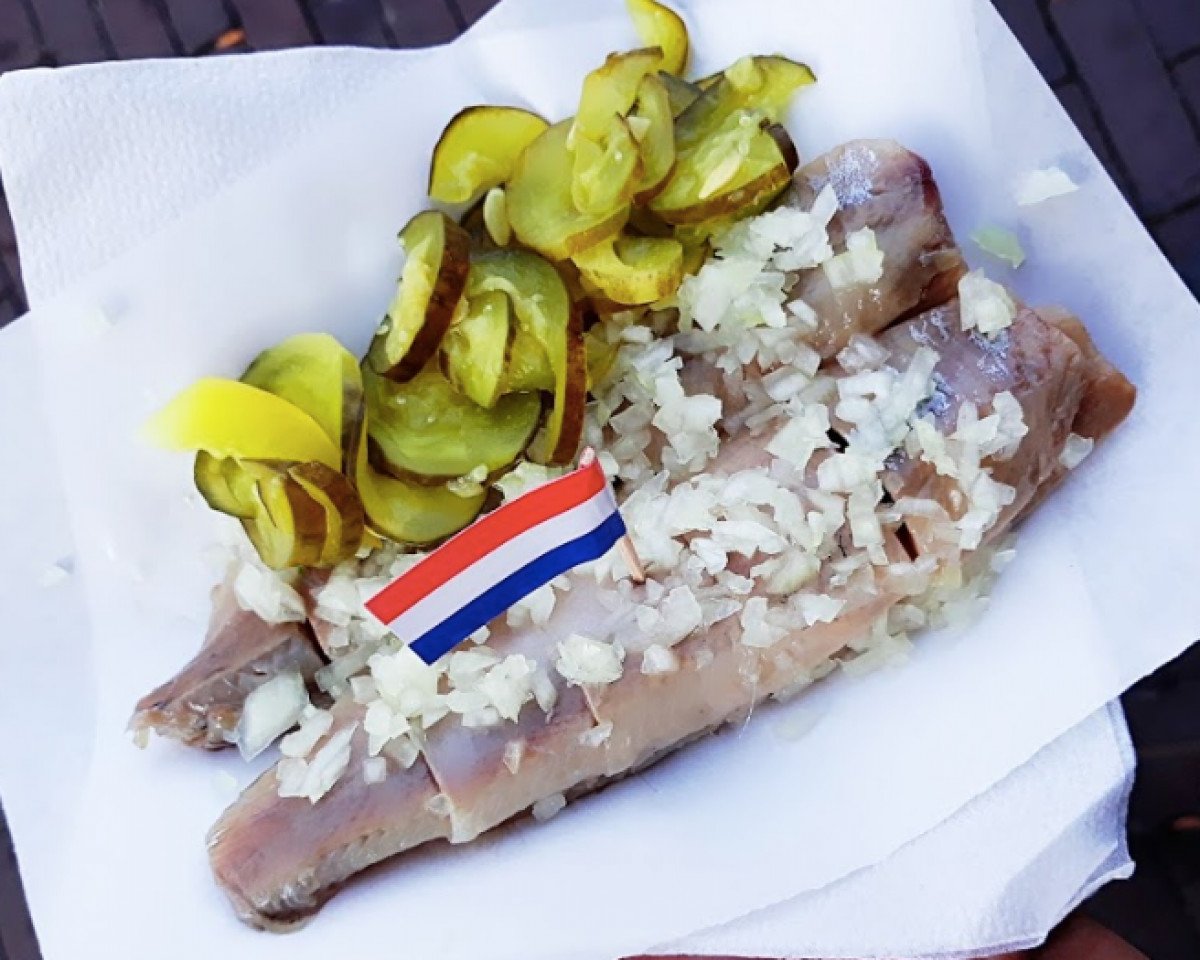 You can use your phone to judge how fresh your herring is. The App “How fresh is your fish?” can be used to determine and judge the freshness of 15 fish species, herring included. The App is free to download for iPhone and Android phones.

The closing of the North Sea to herring fishing in 1977 forced Dutch fishermen and herring buyers to permanently move to some Scandinavian countries. Denmark turned out to be the most suitable place for them. 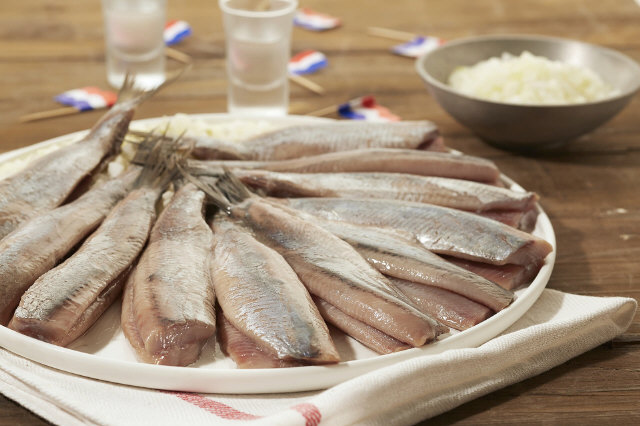 You can only eat herring in the herring season and in the Netherlands, the season starts from the month of June. In Scandinavia that is usually in the period from May to July.

Eating herring is healthy because it is a fatty fish. Herring contains omega 3 fatty acids which act as protection against heart diseases.
So if you’re visiting the Netherlands this year, don’t forget to take part in the popular Haringhappen and whatever you do, please don’t eat herring with cutlery. Just pick it up by the tail and slide it down your throat like a true Dutchie! Then make sure you wash it down with a cold bottle of Heineken and/or Amstel beer.