Although I was an Amsterdam resident for four years, I’ve always advocated for visitors to the Netherlands exploring beyond the tourist center of Amsterdam and seeing more of the country. For being such a tiny country, the Netherlands really packs a punch in terms of how much there is to see and do there. Best of all, it is incredibly easy to get around the country by both public transport and by car – if you rent a car you’ll be able to cross the country in a matter of hours.

If you want an authentic travel experience, you’ll want to see this list of off-the-beaten path locations. In this blog post you’ll find the best hidden gems in the Netherlands to get you into some of the lesser visited areas of this small but mighty country. These are some of my favorite places in the Netherlands, and are some of the most picturesque places you can find in Europe.

The Netherlands is chocked full of incredibly charming places that are just a hop, skip and a jump from each other. So before you just write off the Netherlands as just Amsterdam, rewrite your Netherlands itinerary to include some of these hidden gems.

If you aren’t sure about who the Dutch are or where they come from, check out this post on the difference between Holland vs The Netherlands.

I’m not trying to talk you out of visiting Amsterdam, in fact there is a lot to see in two days in Amsterdam. I’m just saying you can see even more in the Netherlands!

Hidden Gems of the Netherlands 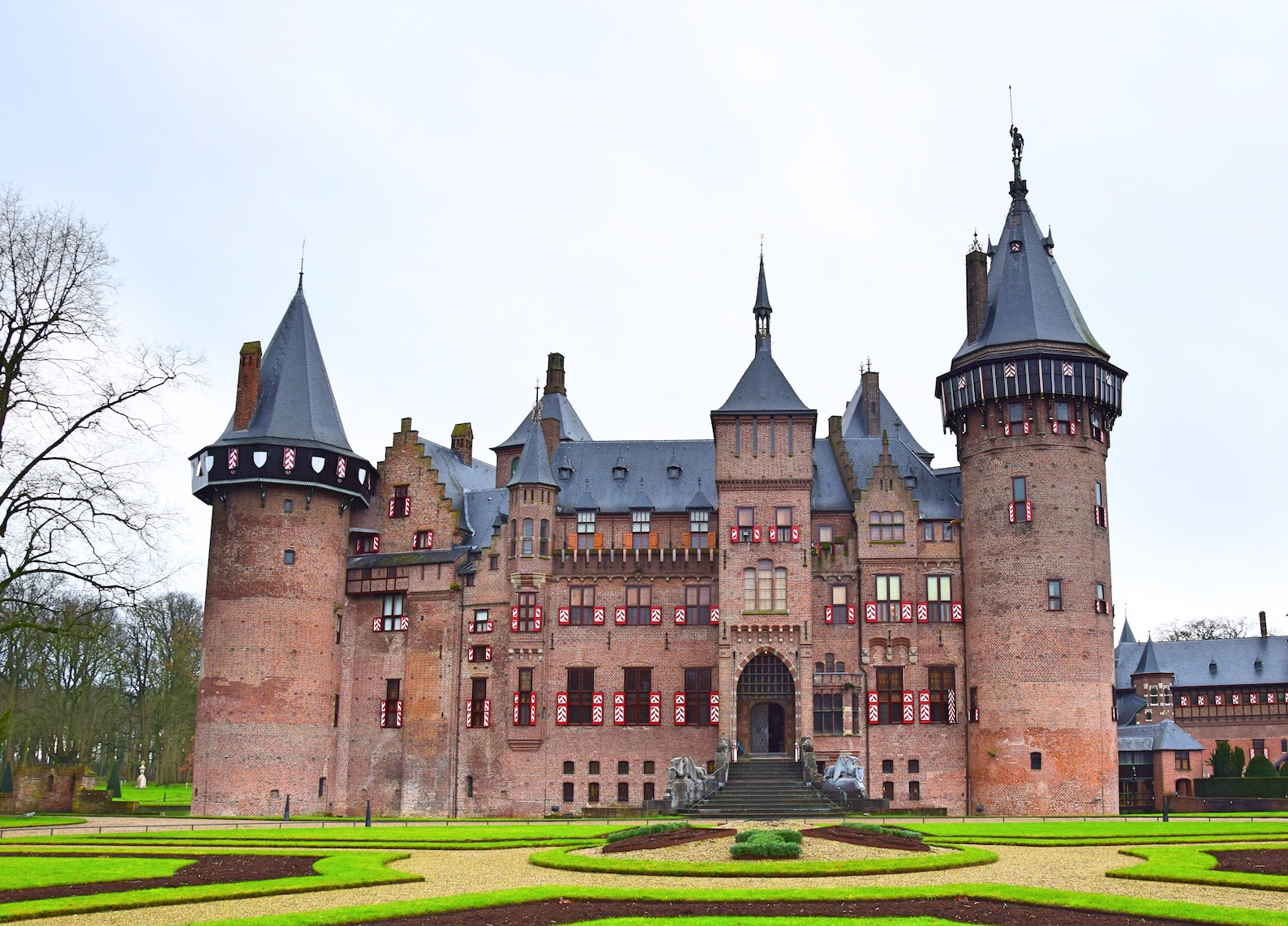 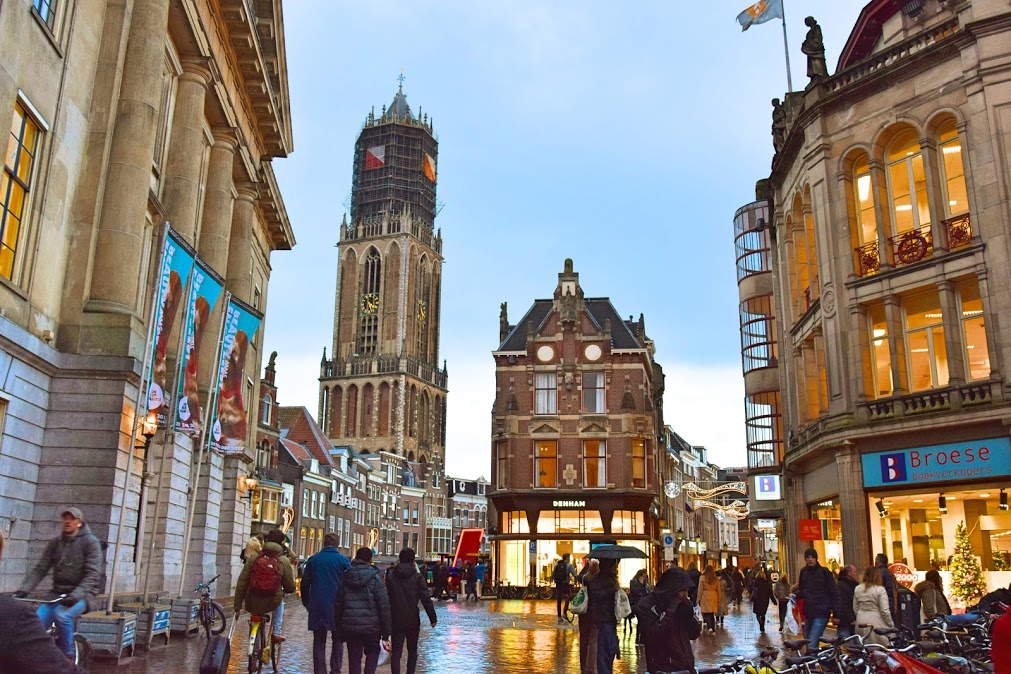 I am particularly partial to Utrecht since it was my home away from home during my time studying abroad in the Netherlands. Utrecht is only twenty minutes from Amsterdam Central Station, and is like a mini version of Amsterdam. Utrecht is the perfect place to visit for a day away from Amsterdam that still feels authentic, and is one of the best places to visit near Amsterdam.

One of the best things about Utrecht is that everything you’ll want to see is walkable from the central station, and the canals are set much deeper than in Amsterdam – that means street level is above the canals, and there are loads of restaurants and bars at canal level – so you can sit along the canals in Utrecht and enjoy a beer. Don’t miss the iconic Dom Toren of Utrecht, the tallest church tower in the Netherlands, which makes Utrecht one of the best places to see in the Netherlands. 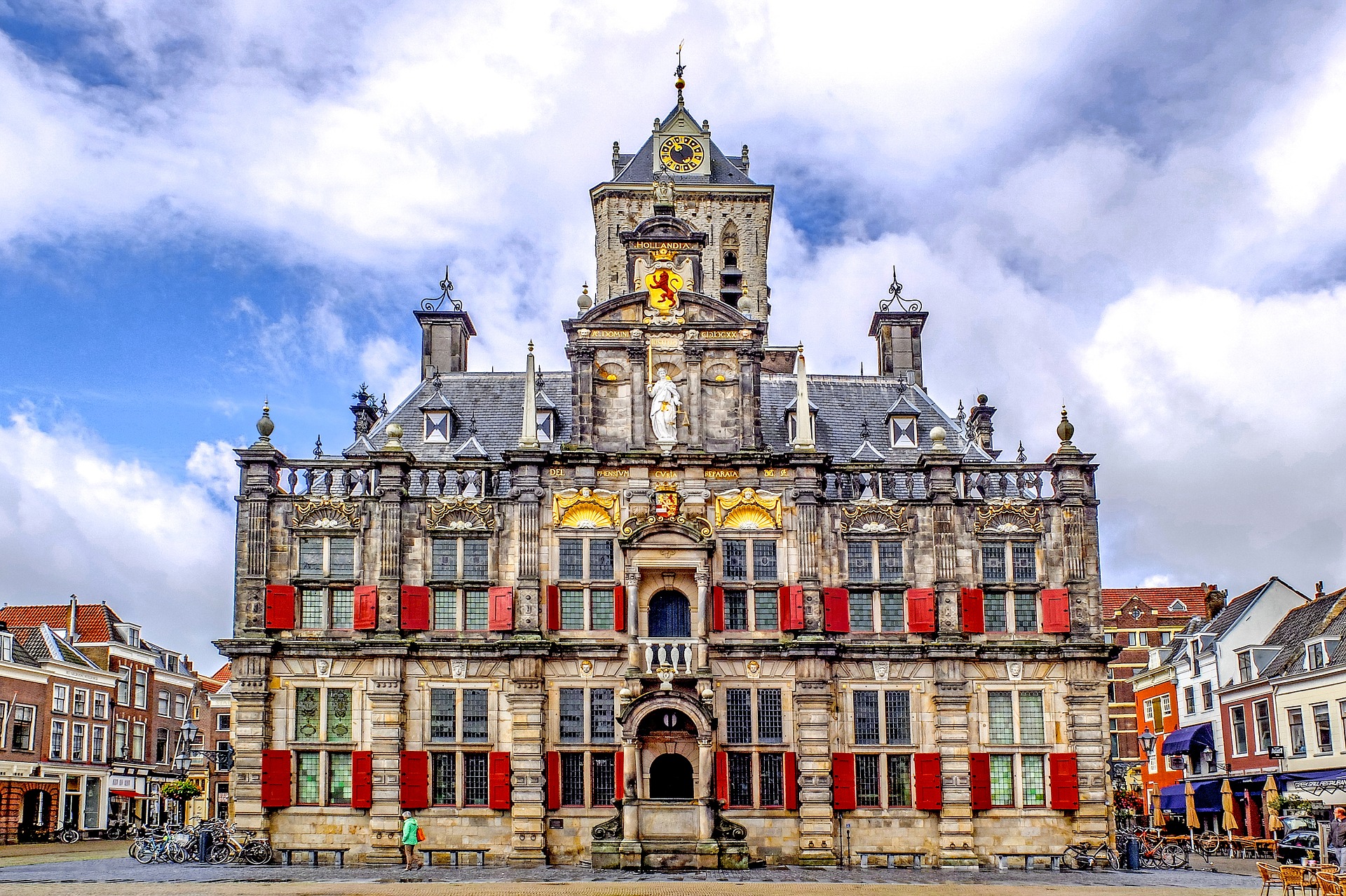 Ok, so maybe I can’t really call Delft a “hidden gem” since Delft blue ceramics are so incredibly famous, but I still feel that Delft is so under-visited, I really don’t understand why Delft isn’t on more lists of Holland tourist attractions. Delft is another one of those perfectly charming and small Dutch cities that you can easily wander around in a day or afternoon, and soak up all the cozy goodness this city has to offer.

While you’re there, consider doing a tour of the Delft blue factory to buy an authentic piece, and get your camera ready as you walk around this picturesque village because great snaps are around every corner. Young ladies (and gentlemen), if you’re single, this is the place to be… Delft University has a mostly male student body, all living in this one tiny town 😉 Spoiler alert: my Dutchie studied in Delft. 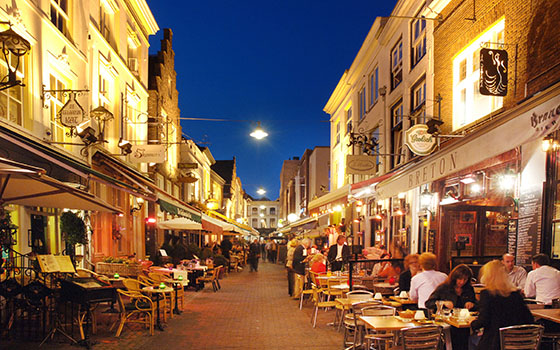 Ok, so its official name is actually ‘s Hertogenbosch, but you can just call it Den Bosch – that’s what the Dutchies call it and its a lot easier to pronounce! Den Bosch is located in Brabant, and is about an hour train ride from Amsterdam. Its one of those lovely cities that tourists hardly ever visit, and has such a cozy vibe that you might just want to move in permanently. Don’t miss Den Bosch on your list for Netherlands sightseeing.

When you’re in Den Bosch take a boat tour of the Binnendieze, a river that flows through and under the city… yes, you will literally go under the actual city when you go on this boat tour. Check out Korte Putstraat while you’re there, a small street lined with cafe after cafe after cafe. Find your spot, plant your ass, and get a drink!

What many visitors to the Netherlands don’t know, is that there is a set of islands that splay out across the north of the country which are Dutch vacation hotspots. Whenever Dutchies want a quick getaway within their own country, they like to visit the Wadden Islands… I should say that these islands are best visited in summer time! 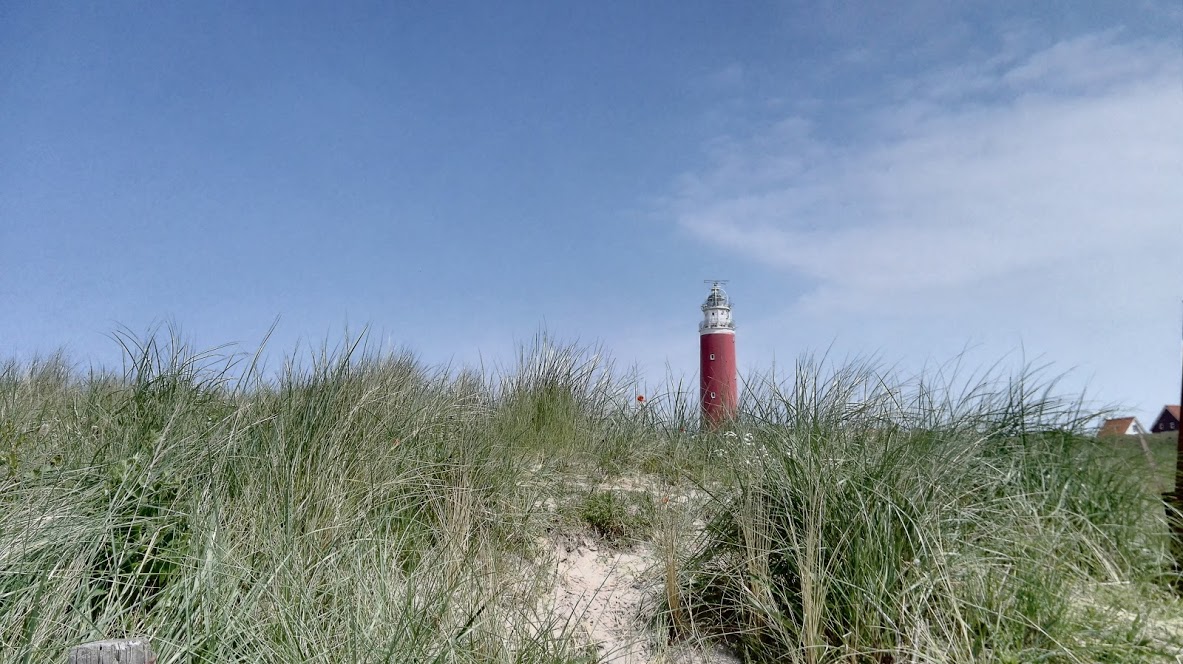 The biggest and most popular of the Dutch Wadden Islands is Texel (pronounced Te-sel). Texel is the closest to Amsterdam, and is relatively easy to visit from Amsterdam as well via public transport. Texel is great for outdoors lovers – there are miles and miles of cycling paths that you can take to explore the sand dunes, and some of the biggest and least visited beaches in the country. For more ideas check out this post on what to do in Texel. This is one of those destinations that seems like one of the secret places in the Netherlands, especially for foreigners. 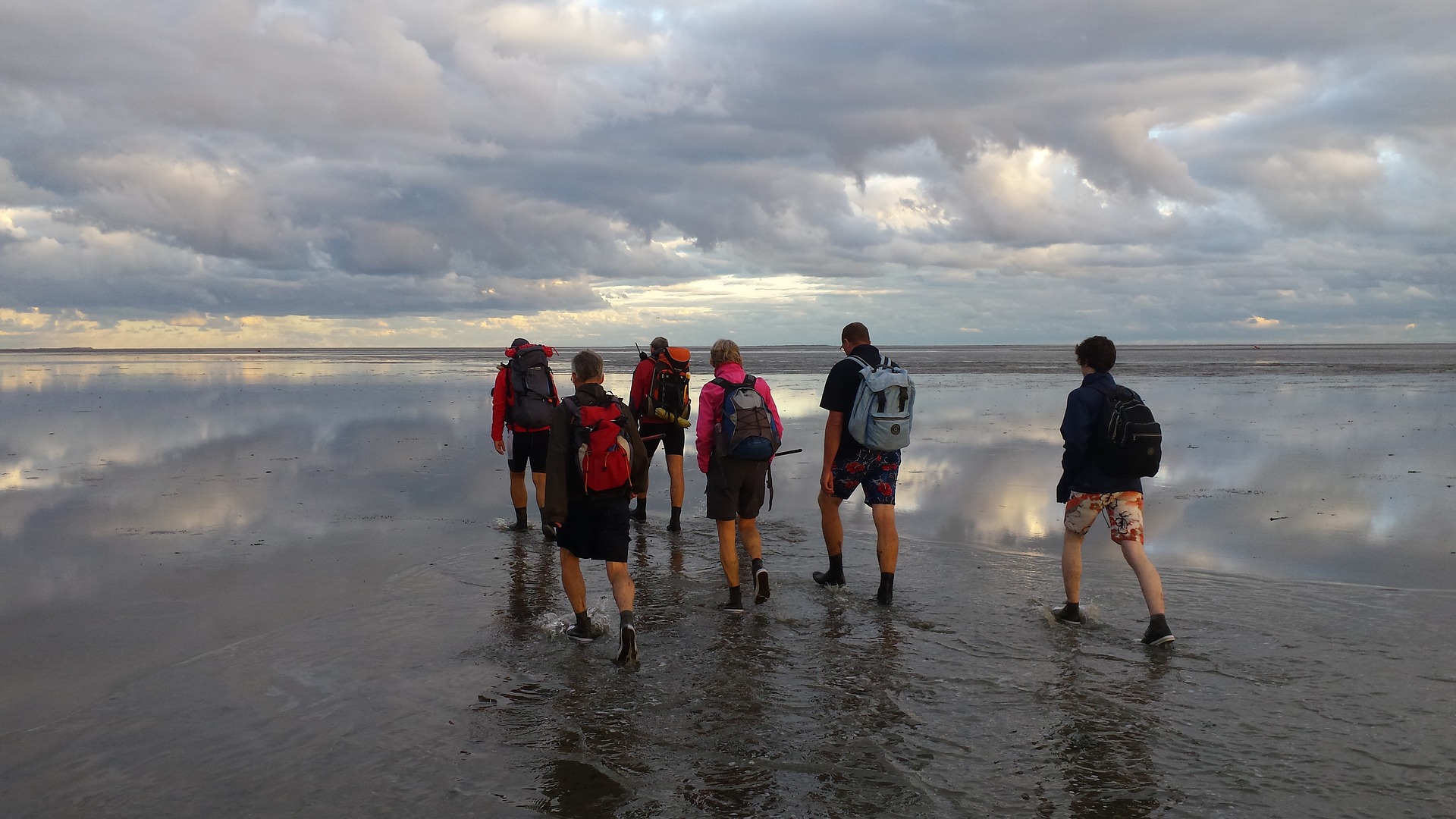 Wadlopen is probably the most Dutch activity I can imagine, besides drinking beer in a bruin cafe. If you’re up for a bit of adventure, and a lot of mud, plan a trip to go Wadlopen. Wadlopen is an activity where you can walk from the mainland of the Netherlands to one of the Wadden Islands at low tide. Yes, you read that correctly. You can literally walk from the mainland to an island – this is Netherlands nature at its finest. You’ll need a guide of course, and you’ll also need some clothing and shoes that you don’t mind getting muddy… really muddy. Wadlopen is a uniquely Dutch experience that I would recommend to anyone who wants to do something completely off the beaten path or is looking for Netherlands vacation ideas! 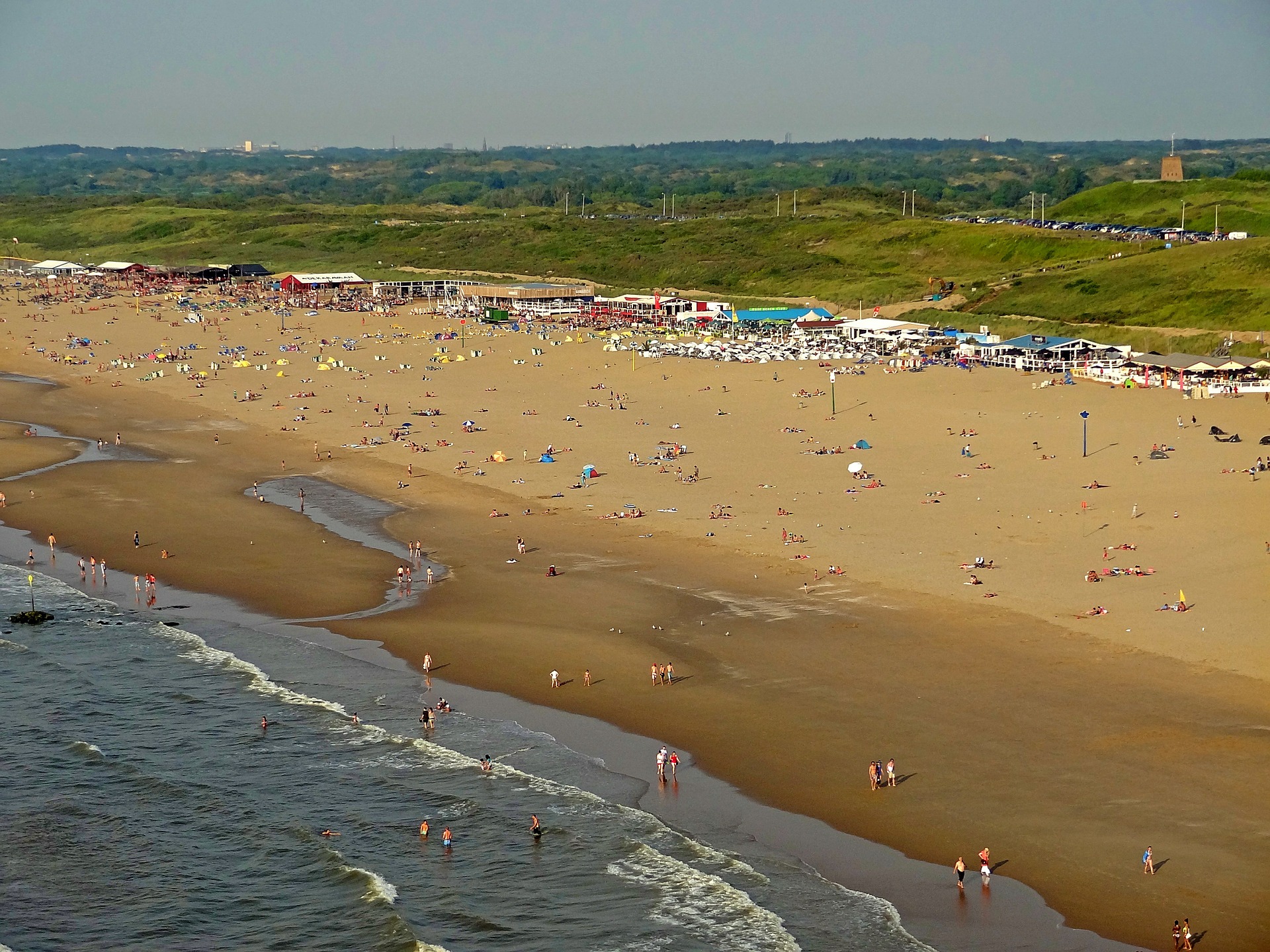 So, you like beaches? You like parties? You want to combine the two? Well, well, well, I’ve got the perfect options for you, and you won’t be able to pronounce it. Scheveningen is the country’s most popular and longest beach, located just outside of The Hague (Den Haag). If you’re in the Netherlands in the summer and its a sunny day, do yourself a favor and go to Scheveningen, namely Zwarte Pad.

Zwarte Pad is toward the north end of the beach (don’t worry, there are signs), and there you’ll find beach cafe after beach cafe, each spinning ambient house music during the day, and most of them turning into beach clubs at night. Get your party on all day and night long, Dutch style. Scheveningen is a great addition to your Netherlands tour if you like beaches and partying.

Have you ever seen that viral video that floats around on Facebook from time to time showing a city in the Netherlands where there are no cars and you just have to take a boat from place to place? That place actually exists, and its called Giethoorn. Ugly name, beautiful place… the Dutch like to do that. Giethoorn is best reached by car, so I’d recommend renting one to get up there. If you’re looking for things to see in the Netherlands, you shouldn’t exclude Giethoorn from your list.