Going on a road trip in Austria? If you like driving you will definitely enjoy it. Austria has some of the best roads in Europe and it’s truly a joy to drive on them.

But the country also has quite a few rules and regulations that you need to know about. The good news is that they’re all listed right here in this guide! Read on to learn everything you need to know before you get behind the wheel in Austria! 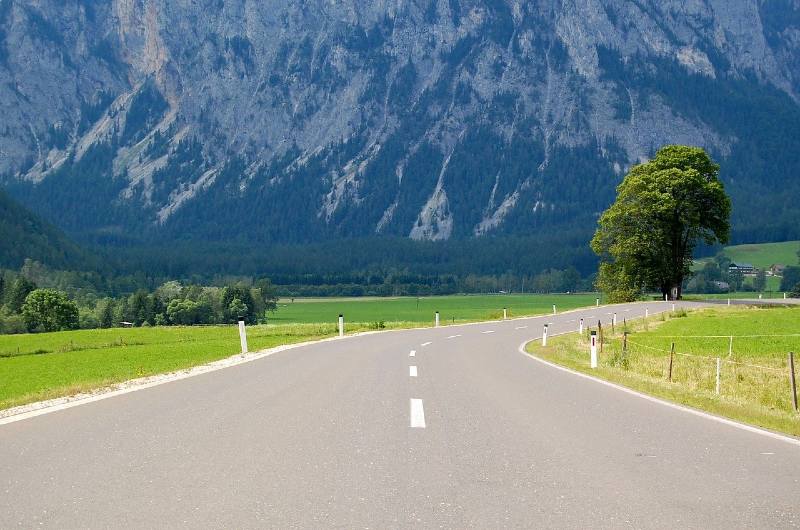 Driving in Austria is not that different from driving in the rest of Europe. You drive on the right side of the road, overtake on the left, and rely on traffic lights and universal road signs. You must be at least 17 years old and have a valid driver’s license. It’s worth noting that European licenses are valid in Austria. However, a newer rule requires all foreign drivers to have international driving permits, so you’ll want to get one of those before your trip.

One of the weirder regulations in Austria is about the use of horns. You’re not allowed to use it near hospitals and in most of Vienna, so keep that in mind in case you get annoyed by a particularly slow driver. On the bright side, there’s no rule stopping you from peeking out the window and yelling at them.

Another weird regulation is that use of dashcams is prohibited in the country. In case you have one of those in your car, you’ll need to remove it before you enter Austria.

It is compulsory to wear seat belts in Austria, both for the front and rear seats if the vehicle is equipped with them. You’re charged an on-the-spot fine of 35 EUR if you’re caught without a seatbelt. 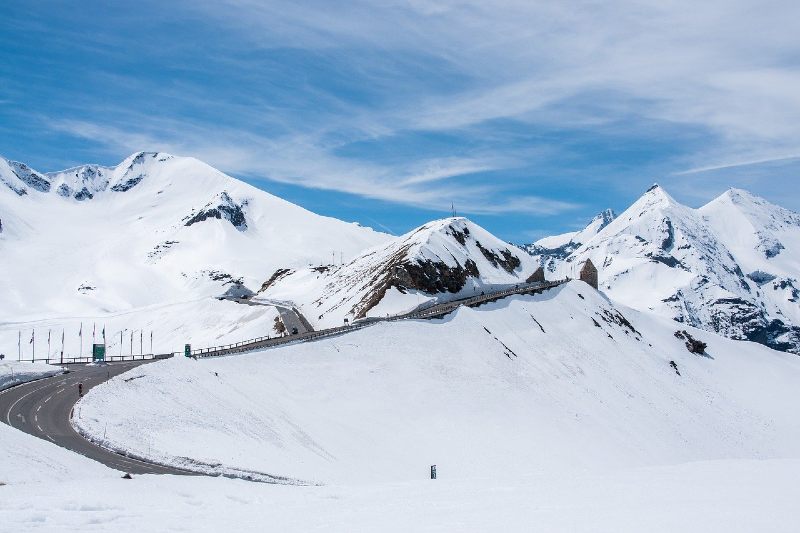 The roads in Austria are in excellent condition. They are all paved and regularly maintained, which makes road trips easy and enjoyable. At least in the summer – there’s a lot of snow on Austrian roads in the winter, especially at higher altitudes.

Use ASFiNAG to check out the traffic conditions before you hit the road. The website also offers a route planning service that displays exactly which roads are closed due to roadworks. You can also get approximate travel times, as well as detailed information about live traffic conditions. Plus, their map also gives you access to certain traffic cameras, which is certainly helpful.

Certain vehicle equipment is mandatory in Austria, in addition to all the documents you need to drive around the country. This includes a reflective jacket, a warning triangle, a first aid box, headlamp beam deflectors, a green card, and crash helmets for motorcyclists. Your car can be checked for any of the equipment above if the police stop you, and if you don’t have everything in your car, you will likely get a fine.

What about winter tires? They are mandatory from November 1st until April 15th, especially when driving in bad weather. The tires must have a minimum tread depth of 3mm, and this might be checked during random police stops.

You could use summer tires with chains, but only in theory. Summer tires with chains are fine if the chains won’t cause any damage to the road, so only for roads that are heavily covered with snow. However, you can’t really predict the weather or the road conditions, so you’re pretty much forced to have winter tires on the car. 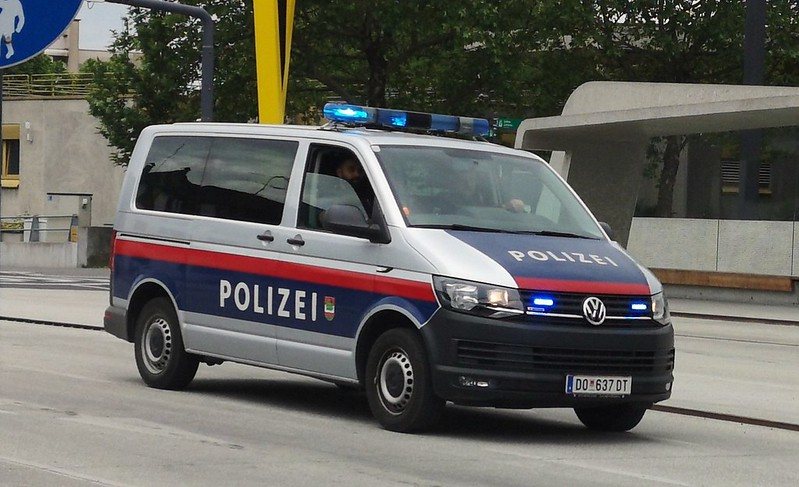 Speed limits are displayed on road signs throughout Austria, and in most cases, it’s always best to drive according to the speed limit you last saw.

Fines for speeding range from 20EUR to more than 2,000 EUR, so it’s best to just stick to the speed limits. However, the highest fine you can get in Austria is not for speeding but for drunk driving. If you take a breathalyzer and have an outrageous amount of alcohol in your blood, you can be fined up to 5,900 EUR. If your blood alcohol content is between 0.5‰ and 0.8‰, you will be fined. But if it’s higher, your license will be suspended, and you could even be charged with a criminal offense. In any case, it’s both safer and cheaper to take an Uber home, than risk getting an astronomically high fine and losing your license over one drink too many.

It’s worth noting that the BAC limit for novice and professional drivers is even lower at 0.1‰.

Also, never use your smartphone while you’re driving in Austria. It’s okay if you can use it hands-free, but if the police catch you using it, the fines go up to 730 EUR. 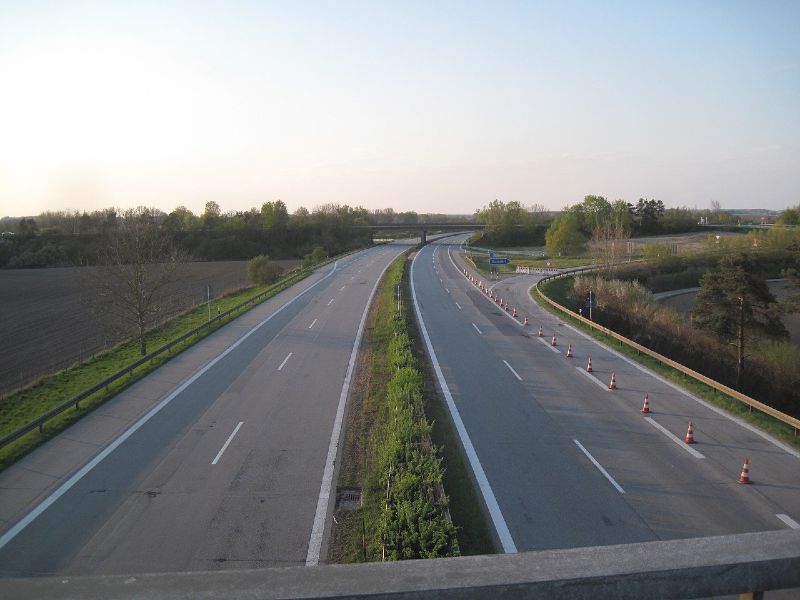 You will need a vignette to drive on Austrian motorways and expressways. Vignettes can be purchased at most gas stations, post offices, and ÖAMTC offices. You can also buy it at petrol stations that are close to the border. Also, you can buy a digital vignette, which is nice if you don’t want to add another sticker to your windshield. It’s available at the ASFINAG online shop or through their app, but it won’t be valid as soon as you purchase it. Digital vignettes become valid on the 18th day after the purchase, so keep that in mind.

It’s worth noting that the vignettes for motorbikes are much cheaper. The 10-day and two-month ones are 50% cheaper, while the one-year sticker costs just 36.20 EUR.

Vehicles over 3.5 tonnes are charged a mileage-based toll. These vehicles must be fitted with GO-Boxes because that’s the only way a toll can be paid. You can buy this at most petrol stations in the country, so just make sure you have one in your car before you drive on a motorway or an expressway.

Car rental is very popular in Austria and anyone can do it, provided they are over 18 years old and have an international driving permit. Also, drivers under 25 will likely have to pay a young driver’s fee.

The IDP requirement is a fairly new rule and it’s worth noting that it’s enforced by the police and not car rental agencies. You can rent a car without an IDP, but you might be fined if you’re stopped by the police.

There are so many different car rental services in the country that it’s almost impossible to single out one as the best option. It depends on your age, budget, and the type of car you would like to rent. International services like Sixt, AutoEurope, and Kayak are all available in the country.

Another great thing about renting a car in Austria is that you’re free to take it out of the country if you want. In most cases, you don’t even need to check with the rental agency, but I would still recommend you do it just to be on the safe side. It’s generally okay to drive anywhere in western Europe, except for those who opt to rent a luxury car. Most car rental services have special rules for their most expensive cars, so keep that in mind.

Also, a lot of the car rental services have special offers if you want to drive to Eastern Europe, so be sure to check those if you have any intentions of traveling to one of those countries.

There are several thousand gas stations throughout Austria, most of them manned. You pump first and pay second, and you can do the latter with either cash (Euros) or a card. Service stations are usually unmanned on Sundays, so look for one with payment directly at the pump. Manned stations usually mean you must go inside to pay.

Some petrol stations in rural areas do not accept cards, but they’re few and far apart.

All gas stations in Austria have diesel fuel and petrol readily available, and most of them also have LPG. In any case, you can use an app to guide you to the nearest gas station, which is pretty useful. I’ll tell you more about the app in a later section; for now, it’s worth noting that it shows the prices of fuel across all stations and it displays them all on a convenient map. 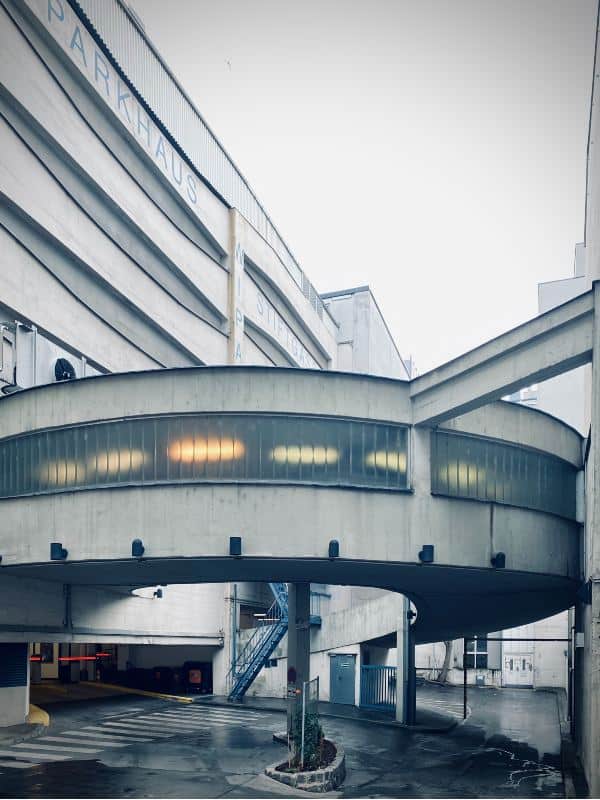 Parking in Austria is easy and affordable for the most part. Bigger cities are full of multi-story parking garages, shopping centers, and paid parking lots. Parking in Vienna is the only exception and it’s usually better to just rely on public transport to get around the city.

You’ll find quite a few Park and Ride lots in and around Vienna and other big cities. These parking lots are close to public transport that will take you directly to the city center, and they are usually the cheapest options. Some are as cheap as 3.6 EUR per day, so keep an open mind about using public transport. But, why should you take the bus if you have a car? Because parking is time-limited, expensive, and not worth the hassle.

What about street parking? Well, that’s the tricky part. Street parking is popular in Vienna, and it’s free in most places. The problem is that it’s hard to distinguish between places where it’s free and where you must pay. There are also quite a lot of Kurzparkzonen (short-term parking zones), which only allow parking at certain times of day and for a short duration. It’s indicated on the signs for how long and when you’re allowed to park in these zones, but the signs are in German. 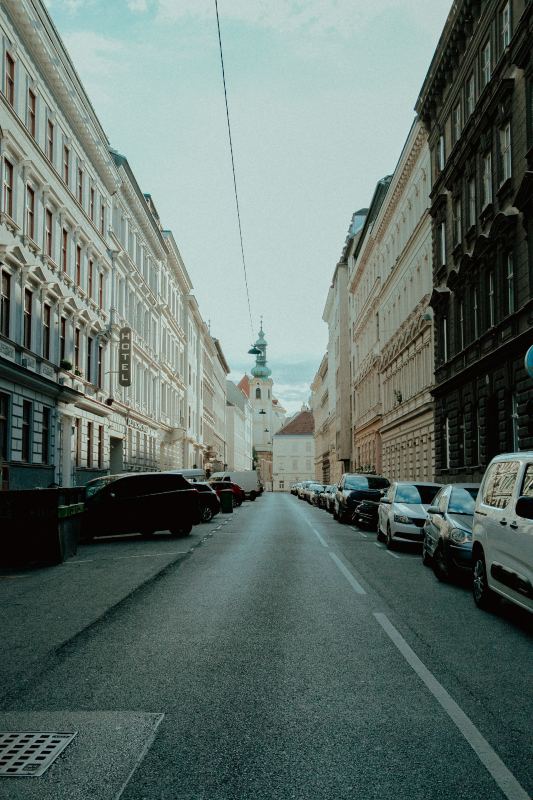 You need a Parkschein to pay for parking in short-term parking zones. It’s a prepaid parking voucher that you can get at kiosks, some gas stations, and at the Austrian automobile associations (ARBÖ and ÖAMTC). The 15-minute voucher is free, while the other four range from 1.1EUR for 30 minutes to 4.4 EUR for two hours.

Another method of paying for parking in Austria is via SMS. To use this service, you must register at handyparken.at, purchase app credit, and then send an SMS or pay through the app. It’s an easy and efficient way of paying for parking, just make sure to register and buy credit before you actually switch off the engine.

Additionally, it’s worth noting that the parking situation in other big cities is similar to that of Vienna. The parking lots in the city center are usually Kurzparkzonen, but they’re generally cheaper than those in Vienna.

There are a few different apps that can make driving around Austria easier, so check them out before you start driving in the country!

Google Maps is the best app for getting around Austria. It has live traffic updates, detailed route planners, and it’s extremely accurate. If you need directions for getting from point A to point B, this is without a doubt the best app to use.

The HandyParken app is the best parking app in Austria. It lets you pay for parking in 30 different cities, it provides information about different parking zones, and it has a CarFinder feature for those who always forget where they parked the car. The app also lets you extend parking and shows you much time you have left on your ticket.

The Unterwegs app is the best one for getting live traffic and weather updates. The app has nearly all the functionality of the website, meaning you get access to over 1,000 traffic cameras from all over the country. You can also buy vignettes, plan routes, and find rest areas on motorways.

Things To Know Before Your First Trip To Vienna