A baby elephant was filmed enjoying a joke with his big brother as he tries to push him into a water pool.

The small elephant calf was seen trying desperately to knock his big brother into the water as they play-fight. 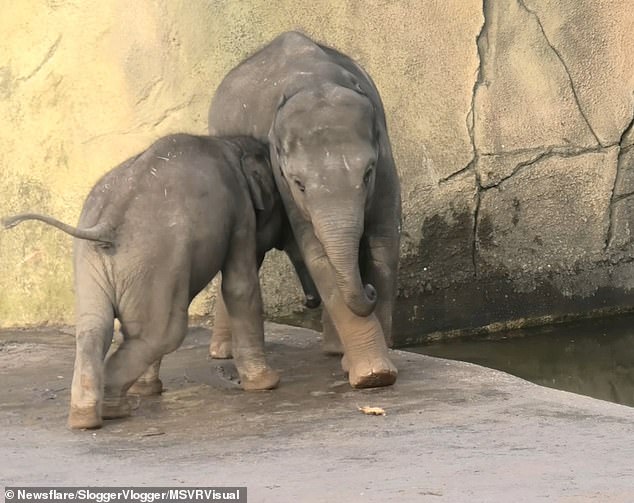 The larger, older brother did not appear too concerned by his younger siblings’ efforts, brushing him aside with ease.

That did not stop the youngster, who even took a run-up to try and knock his brother into the water.

At one point, the younger sibling looks to have won the battle as two of the older elephant’s feet come off the side, but he manages to steady himself.

The cute footage was filmed at a zoo in Germany.

‘This one is trying its best to push the bigger one into the water. He keeps running into him and pushes again and again,’ the filmer said. 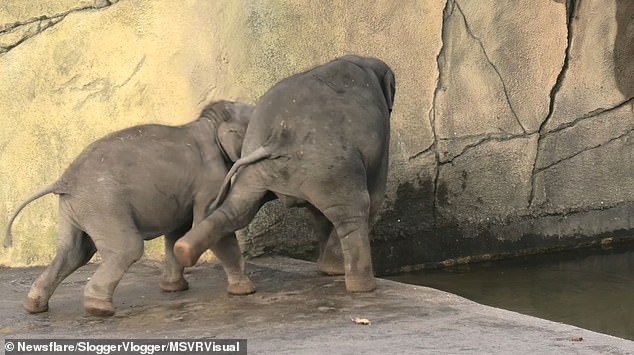 The little elephant comes agonizingly close to pushing his big brother into the water, but to no avail 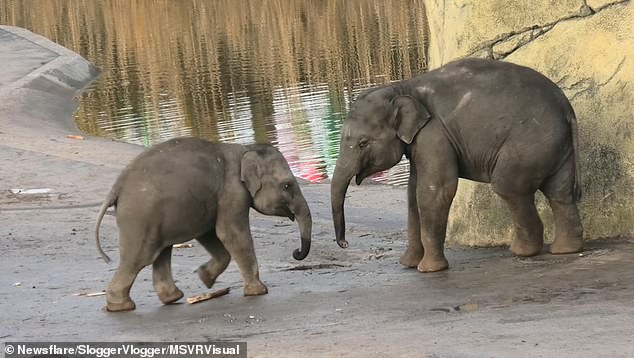 By: CHARLIE BAYLISS FOR MAILONLINE