Why did mammoths and other large mammals of the tundra suddenly become extinct some 10,000 years ago? It’s a question that has divided scientists over the years. Now researchers from Lund University in Sweden (and 30 other research teams from 12 countries), have used new DNA technology to show that a drastic change in the dominant vegetation – from protein-rich herbs to less nutritious grass – could be behind their demise.

The extensive study has investigated what plants were dominant during the last 50,000 years in the Arctic land areas of northern Russia, Canada and Alaska. Although large areas were covered in ice 18,000 to 25,000 years ago, there were also ice-free areas in this Arctic region hosting the so-called mammoth steppe. On the cold, dry tundra, there were plenty of mammoth, woolly rhinoceros, steppe bison, horse and musk ox.

Most of these large mammal species, however, died out or disappeared from here about 10,000 years ago. Was it due to climate change, changes in the food base, some kind of disease, or had humans become such efficient hunters that they simply killed them off? The questions are many. In a quest for answers, a large number of researchers from a range of countries conducted a joint survey of vegetation composition, which is what mammoths and other large animals ate. One of the scientists involved is Lund University geology professor Per Möller.

“My role has been to oversee the collection of a large number of soil samples which are then analyzed by biologists in laboratories”, says Per Möller. 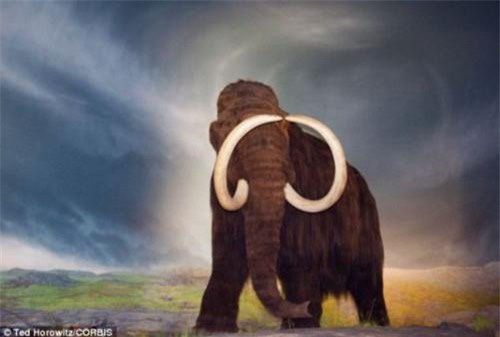 He recovered soil samples of different ages during seven expeditions to Arctic Siberia, mainly the Taimyr Peninsula, spanning 16 years. The researchers then examined plant DNA residue in these samples and were able to get an overview of the various plant species that dominated the mammoth steppe.

The researchers also analyzed the stomach contents of eight large mammal carcasses found preserved in the frozen ground. This showed in more detail what plants the animals preferred.

The conclusion is that the mammoth steppe was much more dominated by herbs than grass during the last ice age. This may have had an impact on large mammals. A herb-dominated diet is far more nutritious than a grass-dominated one. The study also shows that when the last ice age ended and the much more humid interglacial period began, the plant composition on the Arctic tundra changed.

“The herbs then became less dominant, and grass took over”, says Per Möller.

The researchers believe the less nutritious food may have led to fewer animals surviving in the area. According to Per Möller, it is conceivable that this process has been a major contributing factor to why many of the large mammals became extinct about 10,000 years ago.

So far, the scientific community has believed that the mammoth steppe was completely grass-dominated, an idea that was based on analyses of pollen in soil samples. However, the vegetation composition as shown by preserved DNA in the frozen soil gives quite a different picture; the new ability to analyze the plants’ DNA residue is thus highly interesting to researchers, including Per Möller.

“We will have to re-evaluate a lot of old truths”, he says of the new technology.