We all know it gives you wings, but what else can we learn about Austria’s most famous beverage? The company was set up in 1987 and is now mammoth; the drink they produce is currently the most popular energy drink in the world, selling billions of the recognisable red and blue cans every year. From championing extreme sports events to facing legal battles, here are some of Red Bull’s most memorable moments.

The Birth of Red Bull

The inspiration for Red Bull was a Thai drink called Krating Daeng, roughly translating as ‘red cow’ in English. The drink, which has similar packaging featuring two animals locking horns, was mostly used by truckers working long hours, to help keep them awake through long shifts. While travelling through Thailand for work, businessman Dietrich Mateschitz was introduced to Krating Daeng as a remedy for his jet lag. Collaborating with the owner of the Thai drink, he launched Red Bull at a ski resort in Austria in 1987 before launching it across Europe. The headquarters are now in Fuschl am See, near Salzburg. 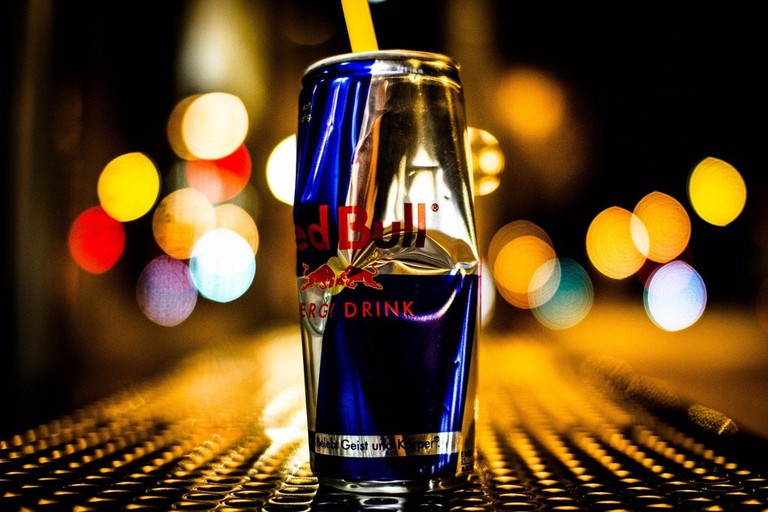 The Infamous Slogan and Legal Battles

In 2002, one of the most memorable advertising campaigns of the noughties was launched: a geeky-looking cartoon man is walking down the street and is pooped on by a bird; he downs a can of Red Bull, sprouts wings and prepares to take his revenge. The slogan, ‘It gives you wings’ seemed straightforward enough, relating to the energising quality of the drink. However, one regular consumer took it very literally and launched a lawsuit, accusing the company of false advertising, claiming that it was misleading customers into believing that Red Bull would enhance intellectual and athletic performance. Red Bull was forced to pay out $13 million. 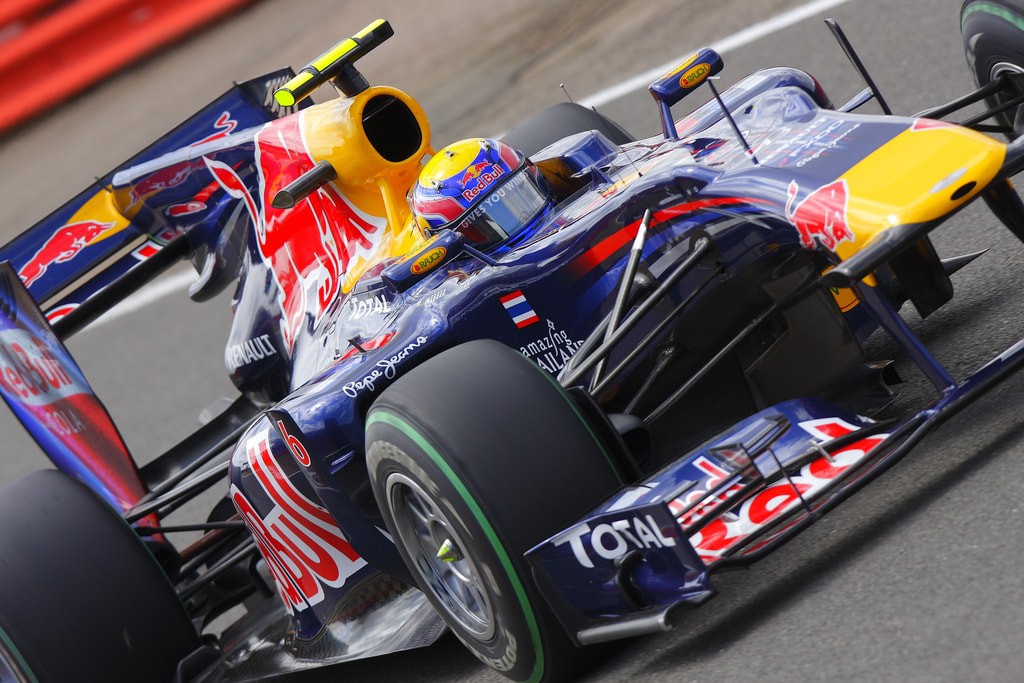 Among the most famous events organised by the company are the soap-box challenges, described by Red Bull as an event for the ‘fun-loving and foolhardy’. Launched in 2000, the event sees participants race in outrageous vehicles, with some incredibly creative cars seen on the tracks. The more absurd the design, the better (cars featuring Donald Trump and Boris Johnson have been seen in the past) and crashes are unofficially encouraged. 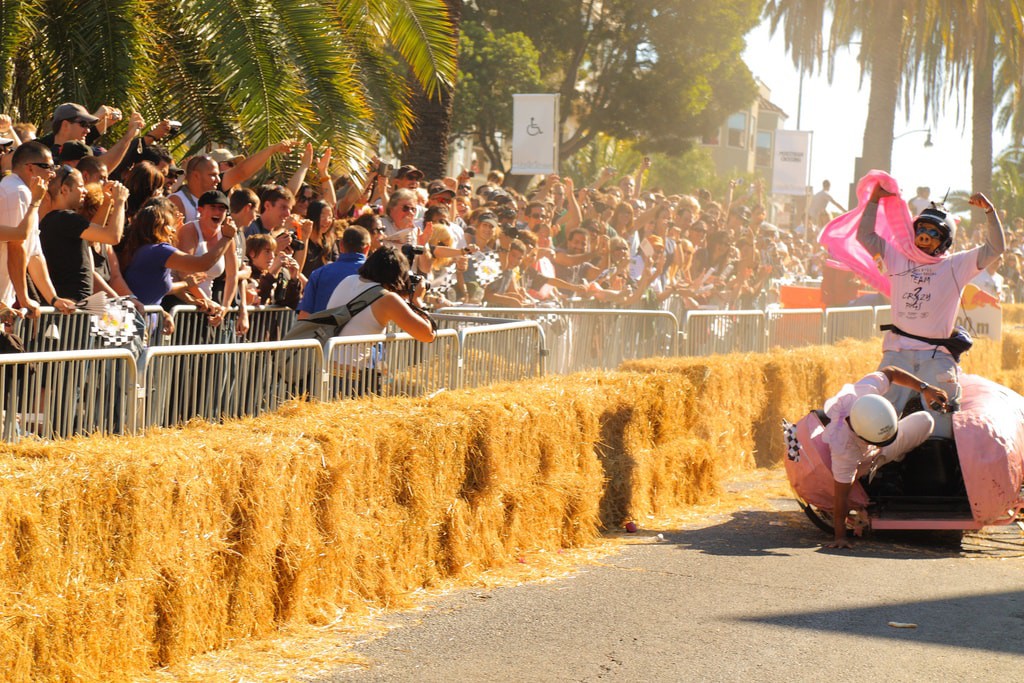 Founded in Berlin in 1998, the Red Bull Music Academy organises a series of festivals and workshops aimed at up-and-coming artists, held in a new city each year; it has so far taken place in Toronto, London, Sao Paulo, Seattle, Cape Town, Rome, London, Melbourne, New York, Madrid, Barcelona, Tokyo, Paris, Montreal and Dublin. You have to be invited to the event to participate, and the workshops are run by influential figures in the industry. The Red Bull House of Art is an art fellowship program for up-and-coming artists. The program takes place in various countries around the world and consists of a three-month period, during which time six to eight participants create new artwork with the intention of displaying it in a final exhibition. During the fellowship, the artists receive unlimited access to the galleries and a stipend for art supplies. 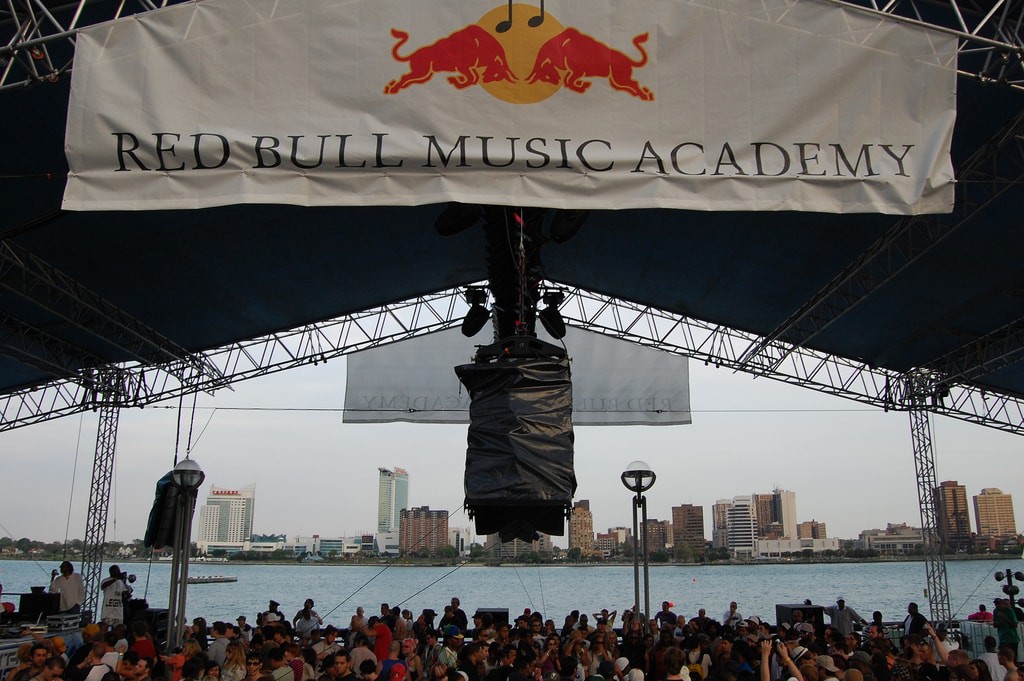