While we never condone any illegal activity, I suppose we could look the other way if you were to slip past a guardrail or a “Do Not Enter Sign” if it meant getting pictures like this. Yolo, right?

This unreal view could only come from Hawaii, although the construction looks a little bit like the American version of the Great Wall of China. Called the Haiku Stairs because damn right that view’s poetic – the route has technically been closed since 1987 for its a dangerous footpath and being on private property. Damaged even further by a landslide in 2015, the route is still a popular illegal pilgrimage despite any warnings or attempts to discourage those adventurous souls. 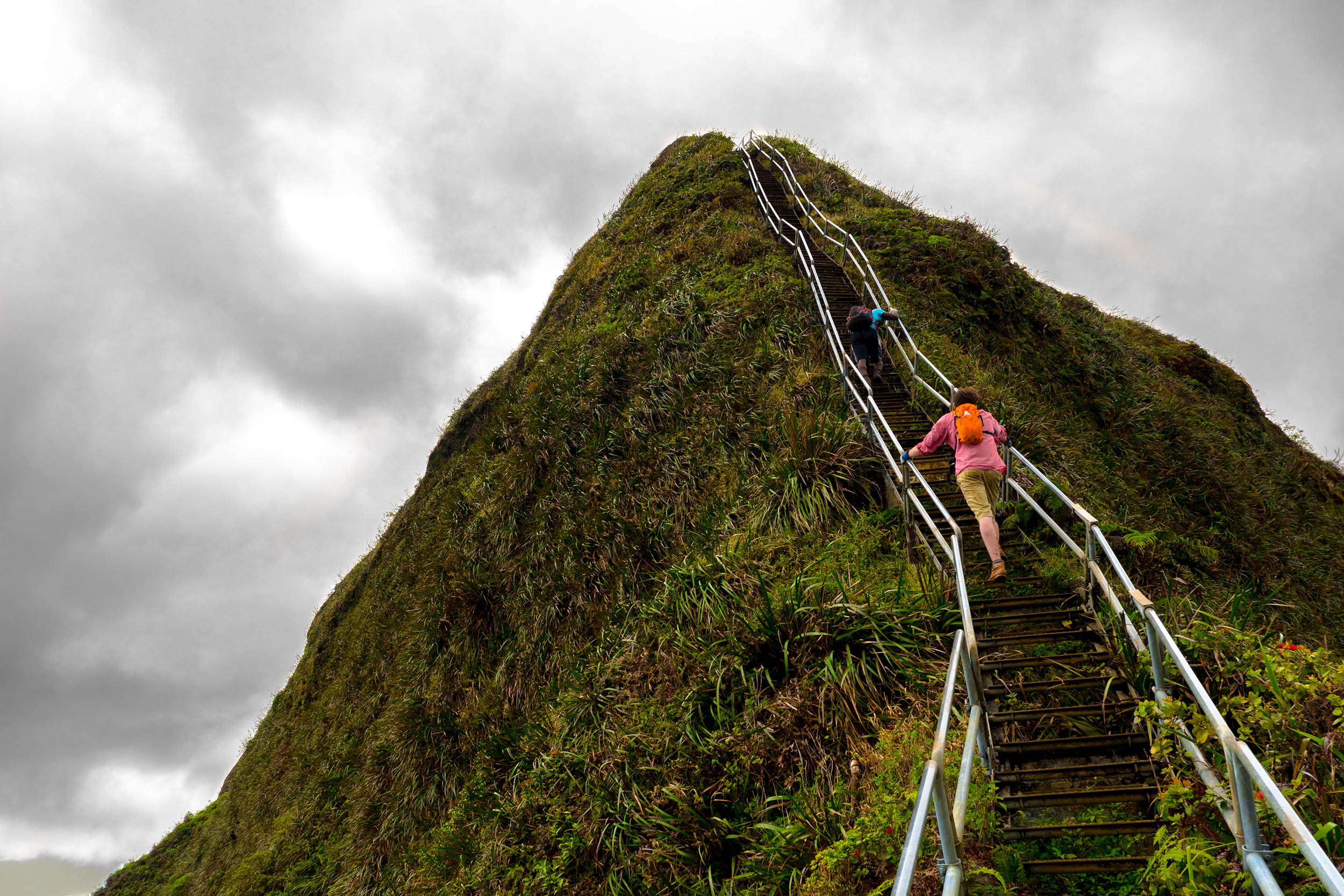 Also known as the Stairway to Heaven or Haʻikū Ladder, the route is a steep 2,000-foot hiking trail up 3,922 steps along the Ko’olau Mountain Range in Oʻahu. A nearly vertical climb, the stairs were originally built so the US Coast Guard and military personnel could access top-secret radio antennae 2000 feet up the mountain to communicate with naval ships during World War II.

If the forbidden nature excites you, be careful and respectful as the trailhead is in the middle of a residential neighborhood. There are guards and police actively monitoring the area for trespassers with threats of both fines and jail time for those who disobey. 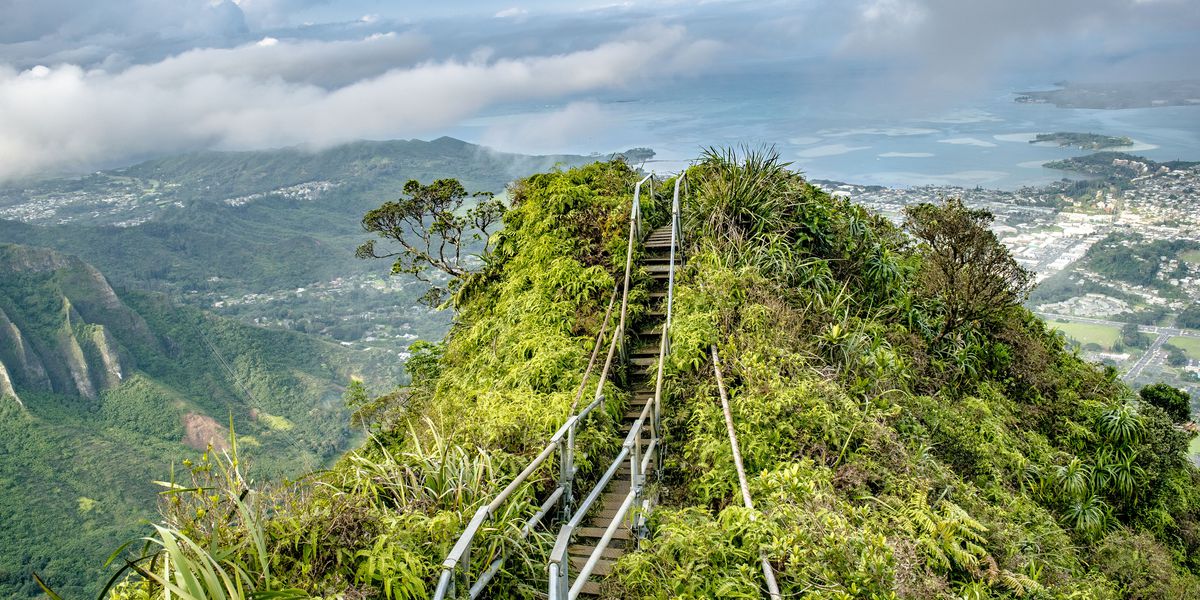 If the landowners, The Honolulu Board of Water Supply, cannot come to an agreement to reopen the stairs safely (they require extensive repair and costly maintenance), there’s talk of removing them completely. You may want to sneak under that proverbial rope sooner rather than later or risk the chance of never crossing that view off your bucket list. But hey, there’s more than one way to get to heaven. Just know you’re choosing this way at your own risk.

Hawaii On A Budget: 20 Tips For A Cheap Hawaii Vacation