Clinging to the bark, these two cute black bear cubs look out shyly as they climb a large oak tree in Pennsylvania.

The furry pair were found playing with their mother and two other cubs in a residential area in Kingston Township.

A police officer arrived and tried to keep the family in their natural habitat by moving his car closer and honking his horn. 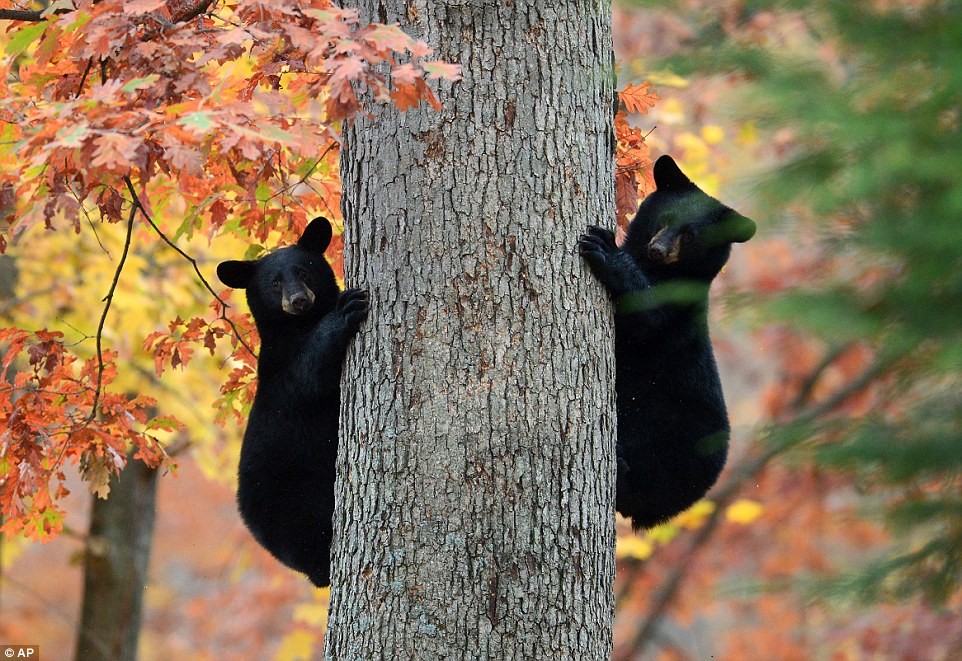 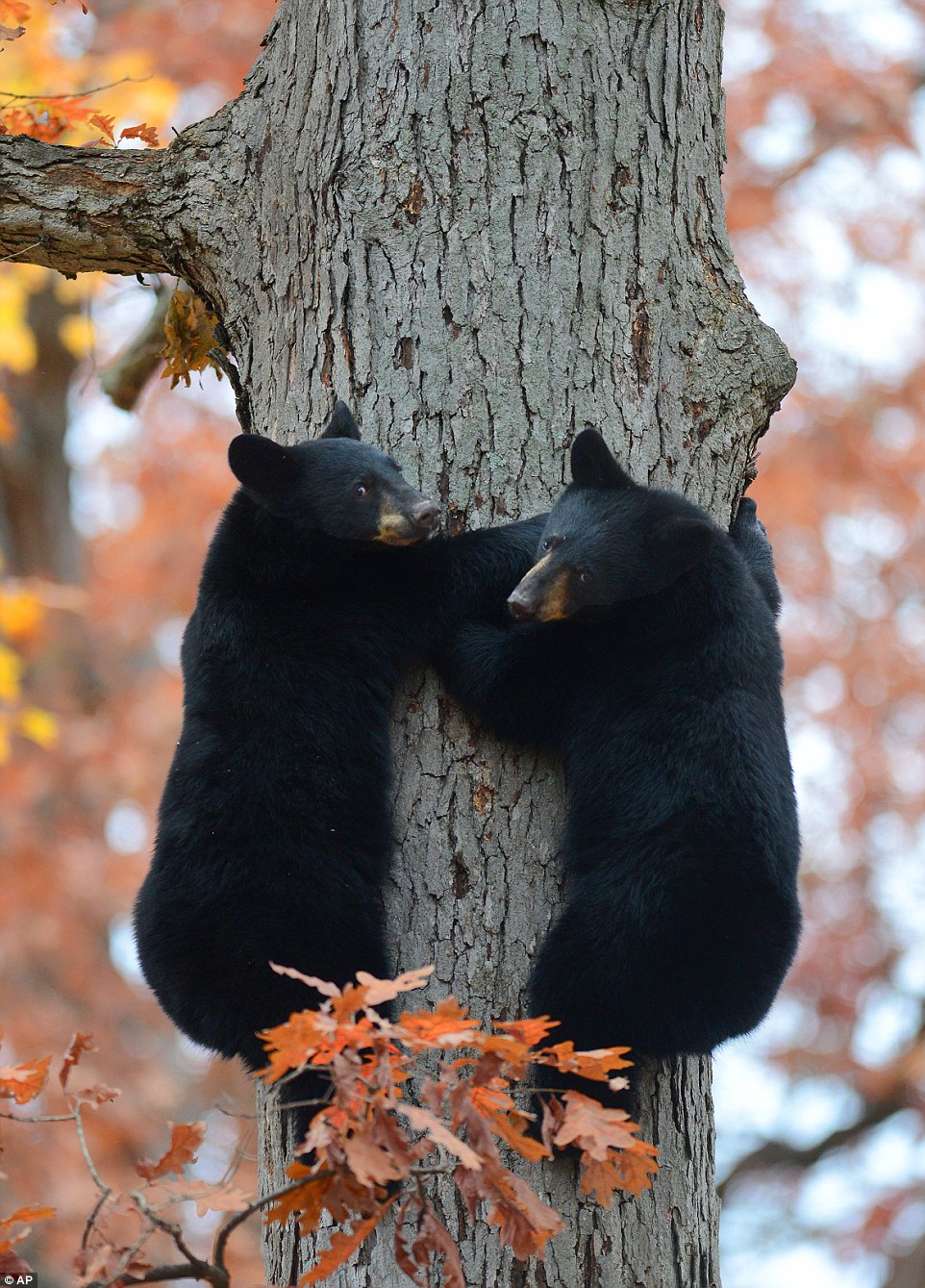 But despite his efforts to keep the black bears where they were safe in the city’s East Center Street, all five climbed down and took off into the woods.

Pennsylvania has been a home to black bears since before the earliest settlers arrived. The feisty creatures have been roaming forests, wallowing in bogs and swamps, and living around farms and homes for hundreds of years.

They are many things to many people in the state, from valued game animal, farm pillagers, neighborhood pets, garbage-eating pests, and even a sight of wonder for outdoor trekkers.

But the animals, which appear cuddly yet grow to have ferocious strength, should be neither feared or doted on, experts say, but respected.

Some 17,000 black bears are found in the northern U.S. state, and according to locals all of them seem to be out looking for food. The animals hibernate for months and come out from spring to autumn to forage and gather nourishment before retreating into the woods again for winter. 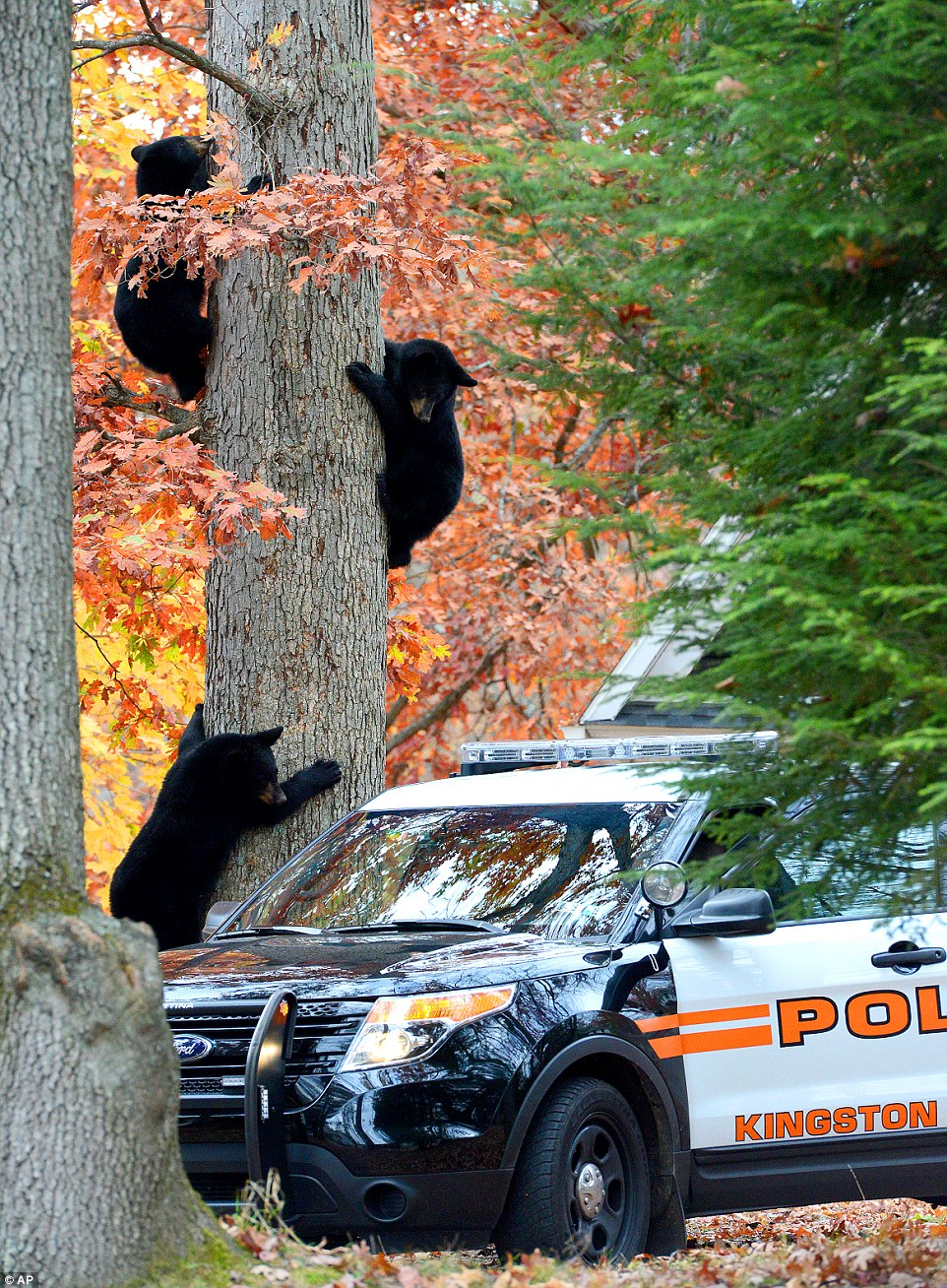 But when they do come out of their winter dens for nourishment they can sometimes go head to head with locals while furrowing for food in rubbish bags in gardens and bins.

‘Now is the time to keep bears from becoming a nuisance,’ Ternent said. ‘Bears that wander near residential areas in search of foods are less likely to stay or return if they do not find anything rewarding.

‘Conversely, if bears find food in backyards, they quickly learn to associate food with residential areas and begin to spend more time in those areas. As a result, encounters between humans and bears, property damage and vehicle accidents involving bears may increase.’

Wildlife agencies encourage residents not to leave leftover food exposed to discourage the bears from their property.

For this cute family playing on an oak tree in Pennsylvania, though, they are likely to come back out of the woods and be found climbing on trees around this residential area before the winter freeze finally starts. 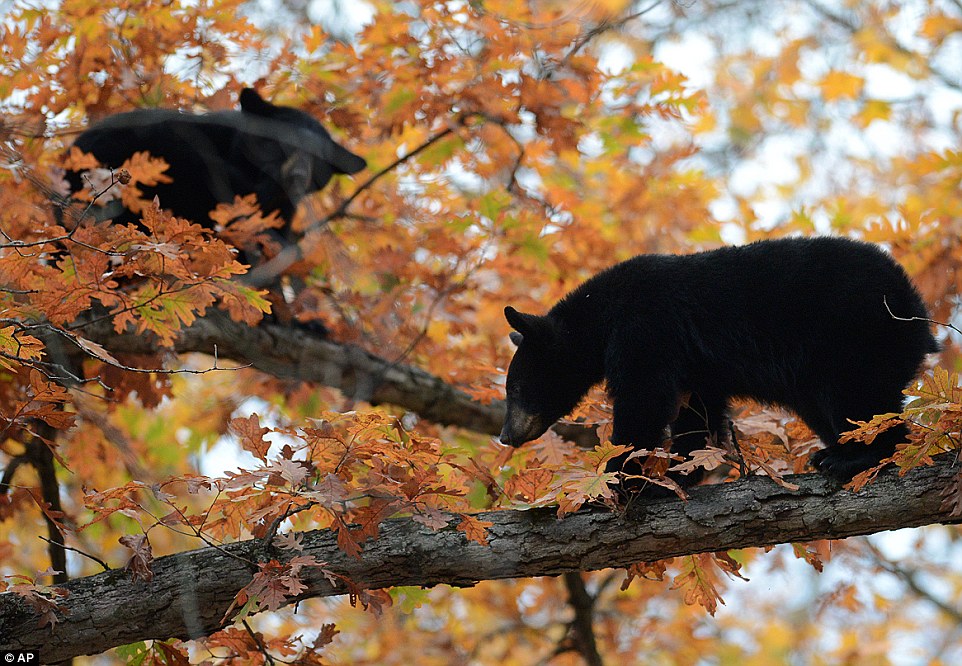 Wildlife agencies tell residents in Pennsylvania that the black bears should be neither doted on or feared, but they should be respected

How to move to Canada: Guidance step-by-step

Canada Day Events in Vancouver, BC