Bavaria is a dream of Germany, but for most Germans, not the reality of Germany, says a local. This is a confusing way of describing a huge chunk of the country, where you’ll find fairytale castles, forests, lakes, mountains, and all sorts of well-ordered towns.

Munich, the Bavarian capital, is the gateway to that dream. It’s the third-largest city in Germany and home to BMW, Bayern Munich, the Oktoberfest, odd goings-on in the art world, and famous for the piece of paper proclaiming: ‘Peace for our time.’ 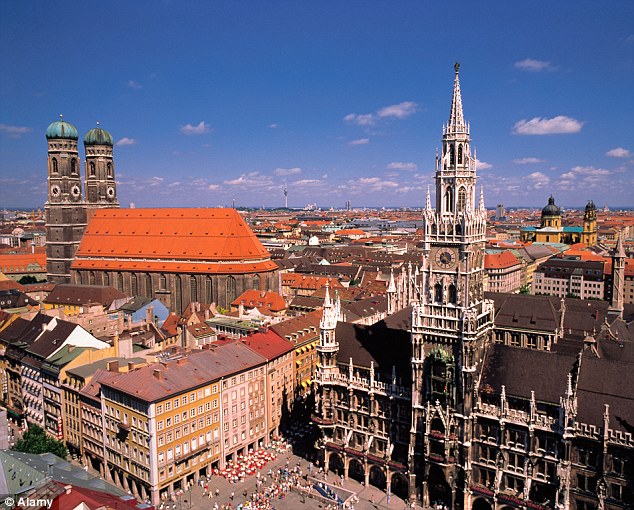 A charmingly quaint city, it seems to offer best-in-class in culture, architecture, sport, and a certain lifestyle. Never underestimate local civic pride, either. The city has been lovingly restored to its pre-World War II splendor. They finished the job 11 years ago.

You can cover the pedestrianized center in two hours. Everything you need is just around the corner’.

Maximilian Strasse bisects the city: the food markets and residential areas are on one side; the posh bit, the National State Opera, and the Munich Residenz, where the Bavarian royal family used to live, is on the other.

Munich offers a portal to a distinct part of Europe. Asked to describe the Bavarian people, your average German will tell you they are a strangely devout Catholic tribe obsessed with lederhosen and beer, who treat life as one great Oktoberfest.

Ask a Bavarian the same question and he will give you the same answer. I pinged Georg, a Bavarian friend, a clip of ‘Wunderbar Bavaria’, The Two Ronnies’ send-up of Bavarians, and waited for his reaction.

‘Ja! Ha! Ha! That’s us! We love to!’ No embarrassment. Not even a hint of irony. ‘First, we are Bavarians; second, Europeans; third, Germans,’ said Georg. 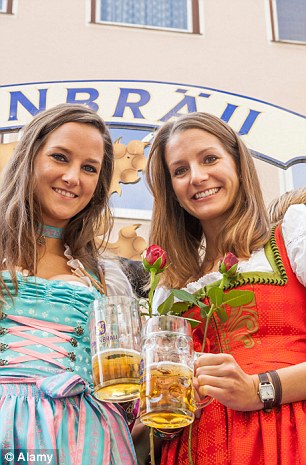 ‘We do things our way. That way we keep our identity intact.’ It seems the world divides into people who make fun of Bavarians — and Bavarians.

Kick-off in Marienplatz, the city center. Spiky and gargoyled, the facade of the Rathaus (town hall) yearns after an era of kings and emperors beyond the dreams of Disney. Completed in 1908, it represents the high watermark of Gothic Revival.

Just around the corner from the Rathaus, Vassily Kandinsky was inventing abstract art.

Bavaria ditched its royal family, the Wittelsbachs, in 1918. It still exists but is low-profile.

Curiously, the Duke of Bavaria (aka Franz) is the head of not one, but two, royal families. Not only is he the most senior Wittelsbach, but as a direct descendant of Charles I, he is also chief of the Stuart family.

Where the Act of Settlement bans a Catholic from ascending the throne of England and Scotland to be repealed, the Stuart line would be reinstated and Franz would theoretically be our king.

The pace of life is surprisingly relaxed for such an industrious city. Munchers are forever milling about, chatting, drinking beer.

In the evenings, they pack out the theatre and opera. At weekends, they go off to hike, cycle, or motor about the beautiful Bavarian countryside.

Bavarians are brilliant at inventing machines to do their hard work. They say that if a German has to do something more than twice, he invents the machine or device to do it for him. They love beer, so Carl von Linde developed refrigeration to keep beer cool.

They love gossip, so Siemens opened the first automatic telephone exchange in Munich. And they love their countryside, so they developed BMW and Audi to motor around it.

They love football, so they invented Bayern Munich.

They love music and theatre, so they invented the excruciating Rathaus Glockenspiel, a 15-minute play enacted by 32 life-size figurines performed daily on a stage built into the facade of the Munich Rathaus.

The rule of thumb for lederhosen is: below the knees in town; as short as you like the closer you get to the Bavarian Alps. The best place to pick some up is Lodenfrey on Maffeistrasse.

Munich’s showcase is Oktoberfest, a 16-day bacchanal of beer, bangers, and brass bands.

It actually begins in September (Bavarians can’t wait until October) and commemorates the wedding of Crown Prince Thingy and Princess Whatshername back in 18wheneveritwas.

Just as Hindus go to the Ganges and Muslims to Mecca, Bavarians flock to Oktoberfest.

A proper Munich beer garden bears little relation to the travesty of the same name in Britain. In order to keep the beer cellars cool in summer, chestnut trees were planted above them, creating gardens.

People would spread out picnics in the shade, and buy beer from the cellars. The BYO tradition in food is a defining characteristic of Munich’s 60-odd beer gardens. 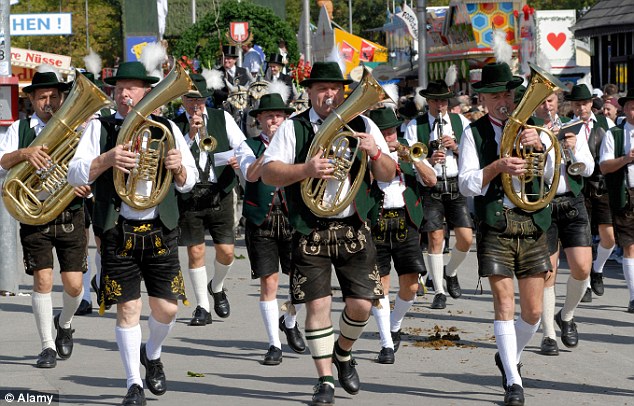 Suckling pig, beef, roast duck, and potato dumplings (known), this most rustic of cuisines has defied glamorization, internationalization, and export. That’s not to say it isn’t delicious, but when you consider that one classic is tafelspitz — boiled beef with grated horseradish, potatoes, and spinach — you can see why the Bavarian table hasn’t taken off like BMW.

The place to stay in the Hotel Bayerischer Hof, a baby-grand boutique-townhouse near the center. The founding family still runs it. From its rooftop bar and restaurant, you can survey the entire Munich skyline studded by the spires of 172 churches.

And Munich is a bargain. At the Opera, where Richard Wagner premiered five masterpieces and Mozart two, the best seats cost £165 — considerably less than Milan, London, or Paris.

Bayern Munich charges £250 for a season ticket, about the same as a relegation scrap in the English Premier League.

You can stay in luxurious hotels and eat superb food at prices that make you think they’ve got the decimal point wrong. That’s Munich. That’s Wunderbar!