Whether you head out on a highway or take the scenic route, it’s one of the best ways to see the country. Here are the 20 best road trips in Australia for your travel bucket list. Take a short 140km weekend road trip from Sydney, and you’ll explore the townships of Wollongong, Shellharbour, Kiama and the Shoalhaven along the Grand Pacific Drive. You’ll pass some of NSW’s most beautiful beaches, rugged cliff faces and mesmerising lookouts. This route uses the Sea Cliff bridge — an engineering marvel that swings away from the sea cliffs and out over the ocean. Picture: Sea Cliff Bridge, Illawarra This giant road trip takes you on a 3700km adventure from Tropical North Queensland to WA’s Kimberly region, linking Cairns to Broome via the Northern Territory. The Savannah Way passes through five World Heritage-listed areas and 15 national parks weaving past cattle stations, waterfalls and magnificent turquoise waters. Spot wildlife and explore landscapes and characters unique to this region of Australia. Picture: The Savannah Way This road trip winds some 500km from Wangaratta through Victorian High Country and into the Gippsland Lakes area. The Great Alpine Road takes in scenery fit for a postcard and is dotted with historic towns and alpine villages. The warmer months bring the opportunity for a spot of horse riding and fishing while during the colder months it’s wise to pack skis, boots and most importantly, wheel chains. You’ll need at least 5 days to leave the razzle-dazzle of Sydney and head north to a tropical paradise, through the fertile lands of the Byron Shire and to the sun-kissed sands of lower Queensland. The Pacific Coast Drive follows just over 900km of coastline from Sydney through the surf spots of the Central Coast, Port Stephens, Newcastle, Coffs Harbour, Ballina and Byron before hitting the hinterland of the Gold Coast and arriving in Brisbane city. Picture: The Pass, Byron Bay 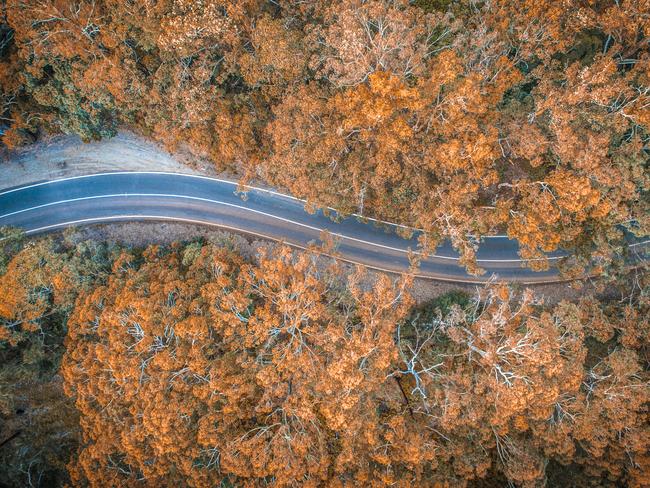 This is one of the best road trips in Australia that you may ever take. The Big Lap takes you pretty much around Australia following 15,000km of Highway One and linking major capital cities: Sydney, Brisbane, Cairns, Darwin, Broome, Perth, Esperance, Adelaide and Melbourne. This is not a road trip you can take in two weeks — you’ll need a few months, minimum. Journey from Hobart to the Bay of Fires on this scenic road trip. Travel via St Helens, Swansea and Bicheno through a land rich in abundant produce, natural wonders and local wildlife. This road trip gives you a chance (which you should take) to detour to Freycinet National Park to see the granite mountains and deep blue waters filled with marine life. Picture: Wineglass Bay, Freycinet National Park 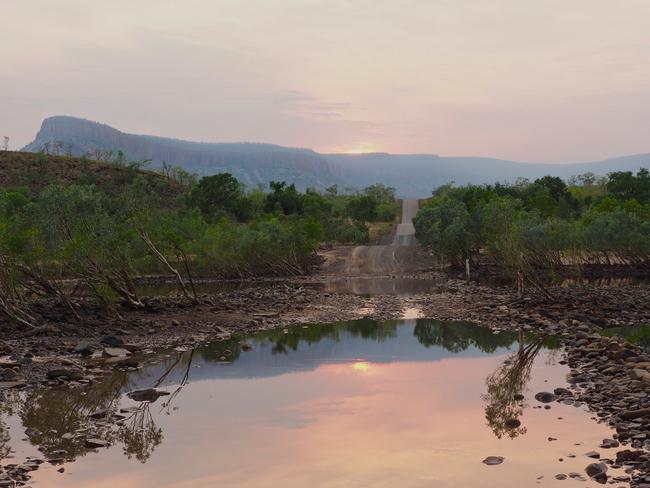 This 660km road slices through the Kimberly from Derby to Wyndham passing the remote wilderness of ancient lands. See outback cattle stations and sacred indigenous sites or stop at Bell Gorge and take a dip in the cool waterholes fed by the thundering waterfalls above. The Gibb River Road has only two roadhouses — one at Mt Barnett that sells petrol and diesel, and another at Imintji that sells diesel only. The fuel will be expensive. Picture: Pentecost River crossing 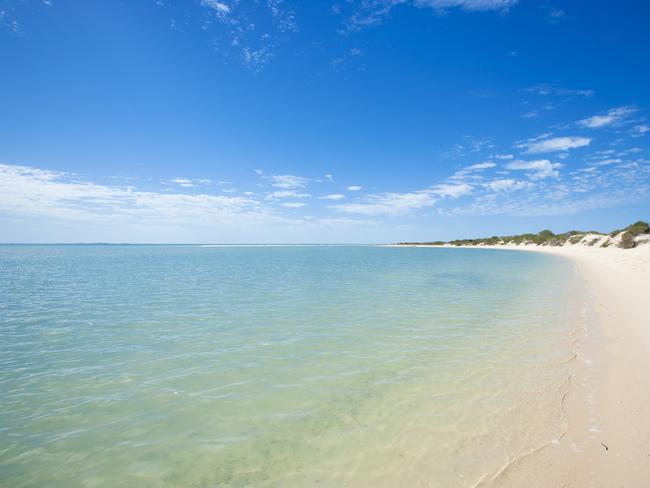 Taking in just under 1,200 kilometres is this stunning road trip from Perth to Exmouth and Ningaloo Reef. Travel along the spectacular Coral Coast past the places you’ve heard all about — Cervantes, Geraldton, Monkey Mia and Carnarvon, as well as the World Heritage-listed Shark Bay and Kalbarri National Park. There is an abundance of wildlife along this coast as well as a colourful carpet of flowers that blankets the area between June and September. Picture: Monkey Mia The billion-year-old Pilbara region is a spectacular area that is part of one of the most impressive road trips in Australia. Rich in red earth, iron ore, swimming holes, gorges and indigenous rock art, the Pilbara is known for its top-notch scenery that should be part of everyone’s travel goals. Start in Perth and don’t waste time thinking — head to this magnetic landscape, pronto! Picture: Pilbara Leave flashy Brisvegas and head north to Tropical North Queensland along the east coast of Australia. You’ll pass the Sunshine Coast, Noosa, Fraser Island, Bundaberg, Yeppoon and Airlie Beach before stopping for a selfie in Mission Beach. After that, it’s a cool 2 hours to Cairns where you can reward yourself with a drink on the Esplanade. Picture: Airlie Beach Explore the culturally rich region between Darwin and Port Augusta in South Australia on an epic road trip that traverses the Stuart Highway from top to bottom of this vast land. Experience Kakadu National Park and see the Red Centre. Explore rock formations, gorges and canyons before passing through Alice Springs, Marla, Cooper Pedy and the many lakes of South Australia. End the drive in the former seaport town of Port Augusta located on the east coast of the Spencer Gulf. Picture: Devils Marbles The great thing about road tripping on the Great Ocean is that is stills feels untouched. That’s probably because of its expansive landscape that invites you to savour the 243km of winding road. Weave through rugged coastal scenery, national parks, deserted beaches and quaint townships and marvel at the wild and windswept Southern Ocean. Picture: Loch Ard Gorge and Island Arch The route between Cairns and Cape York takes in quaint, laid-back towns and stunning coastal scenery. Stop at Cape Tribulation and admire the beauty but be mindful of nature’s predators (notably crocs and stinging jellyfish). Explore where the Daintree Forest meets the Great Barrier Reef on this spellbinding coast drive that will have you gaping in awe at Australia’s natural beauty. Picture: Myall Beach, Cape Tribulation Pack the car and head on a day-long drive from Adelaide, and you’ll end up in the magnificent Eyre Peninsula. Travel from Whyalla to Port Lincoln and on to Ceduna where you’ll see incredible native wildlife, taste fresh seafood at the local eateries, and explore the most stunning coastal scenery South Australia has to offer. Picture: Wheat fields, Eyre Peninsula 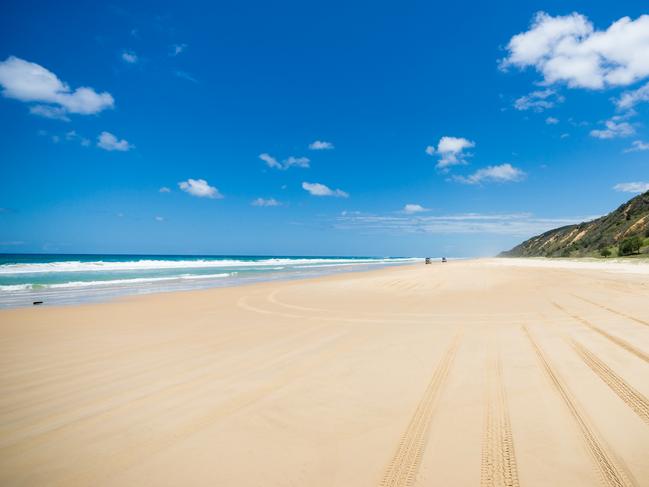 Pack the 4WD and head to Fraser Island to see the world’s largest sand island and local dingo population. While you’re there, you’ll also see humpbacks migrating, magnificent sand dune systems, towering rainforests and spectacular lakes. This World Heritage-listed island is home to one of the best coastal drives in the world — the iconic 75-Mile Beach Road. Picture: 75-Mile Beach Tasmania is known as a dream road trip destination, and since it is so small, you can see it from top to bottom within a couple of hours. The weather in this state doesn’t get too hot so you can explore the changing scenery most of the year in comfort. See cityscapes, mountainside, coastlines and farmland all in one day. Picture Dove Lake — Cradle Mountain The Coral Coast Drive is best done in a campervan as it combines the spectacular coastal scenery and magnificent desert colours between Perth and Broome. See rock formations, turquoise waters, rugged coastlines and ochre-coloured gorges, but choose to undertake this journey during winter when the weather is cool. Picture: Gantheaume Point, Broome This very doable and straightforward one-day trip takes you on an adventure from Darwin to the scenic landscape of Litchfield National Park, replete with thundering waterfalls and cool waterholes. See rugged sandstone mountains and vast stretches of rainforest or take a drive to the Lost City — a formation of rocks worth hiring a 4WD for. Picture: Litchfield National Park The legendary and treeless Nullarbor Plain is a fascinating stretch of land located in the middle of the Eyre Highway. This straight area of road runs 146km long and holds the world record for the longest straight road. The Nullarbor Plain can be reached from the major cities of Adelaide, Perth or Melbourne and is one of the experiences you should tick off on your travel bucket list. Picture: Nullarbor Plain, Great Australian Bight 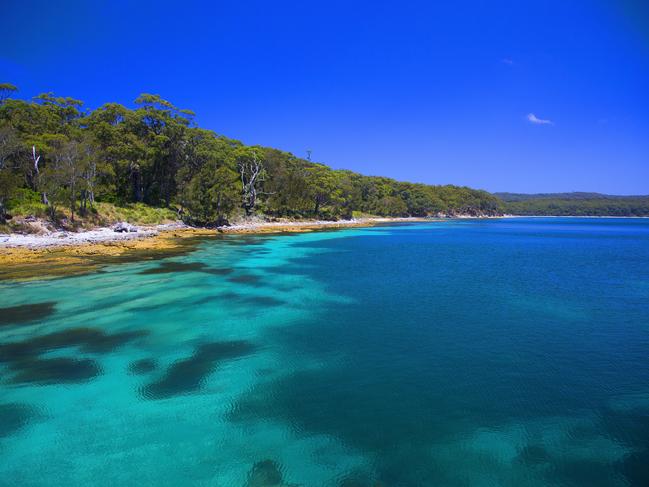 Leave the bright lights of Sydney and head south to Melbourne on this classic road trip. Zhoosh it up by driving along the east coast and taking in a little sea spray. Stop at the coastal towns and surf beaches and explore secret inlets and abundant National Parks along the way. Picture: Hyams Beach

How To Stay Safe When Travelling in Australia

27 Do’s and Don’ts when Visiting Australia