There’s a reason why the Quebec motto is la belle province (the beautiful province). The vast territory of Quebec encompasses multiple bioregions characterized by beauty and biodiversity, and the wilder side of the province offers adventurous travelers a unique opportunity to witness the natural world through the seasons. Here are the best places to experience wildlife in Canada‘s French-speaking region. 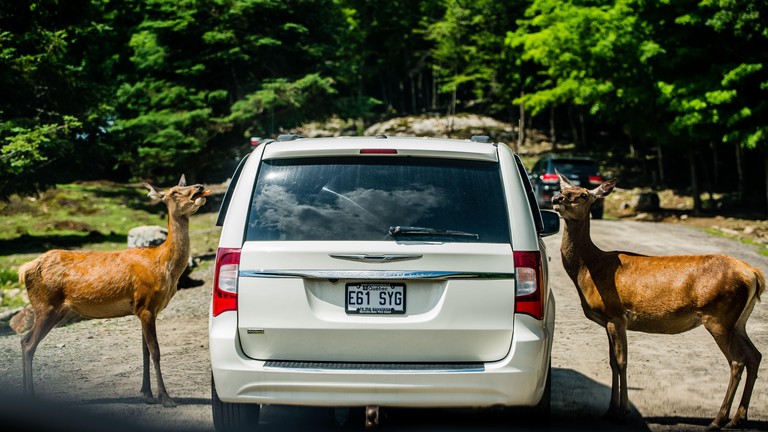 Located just over an hour’s drive hour from Montreal, Parc Omega offers the opportunity to discover Canada’s most famous wildlife. Moose, elk, bison, wolves and bears inhabit the park, roaming at large in their natural environments. Open year-round, the 2,200-acre (890-ha) preserve offers activities and facilities for all ages, including animations, picnic areas and hiking trails. This is a great option to get up close with some of Quebec’s big fauna.

Characterized by arctic-alpine flora, more than 150 species of birds and a large moose population, Parc national de la Gaspésie is a regional hiking hotspot. The park encompasses 25 mountains standing more than 3,300ft (1,000m) high, including Mont Jacques Cartier – the highest mountain in the Canadian Appalachians – and is home to the only caribou herd south of the St Lawrence River. Whether camping, hiking, fishing or snowshoeing, it’s well worth making a visit to this extraordinary mountain environment. 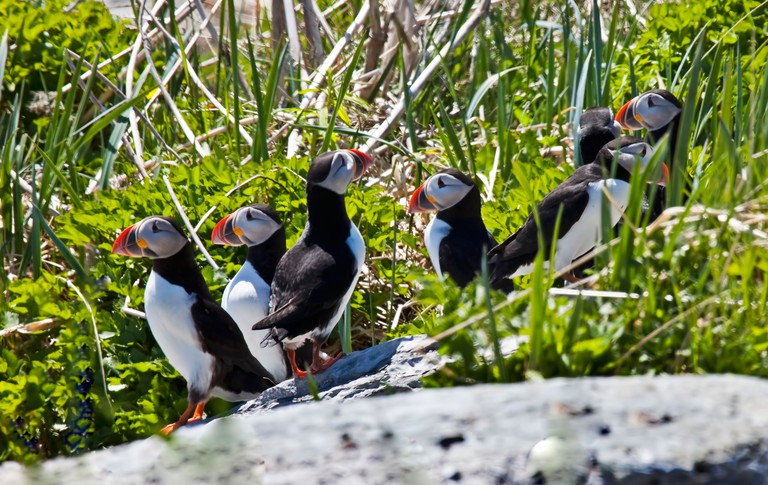 The 40 limestone islands and 1,000 granitic islets and reefs that comprise the Mingan Archipelago are located on the north shore of the Gulf of St Lawrence. The unusual landscape features limestone outcroppings that form the largest group of such monoliths in Canada, evoking an ongoing story of geological change. The abundance of wildlife inhabiting the reserve includes colonies of seabirds, grey seals, dolphins, porpoises and whales – while on land, you might catch a glimpse of silver foxes, snowshoe hares, ermines and river otters, among many others. This is also the best site in Quebec to see Atlantic puffins.

Located at the confluence of St Lawrence and Saguenay Rivers, Tadoussac was Canada’s first trading post, established in 1600. Today, it’s said to be one of the best places to go whale watching in the world. Between May and October, 13 species of whale migrate along with St Lawrence — including the majestic blue whale. The best place to spot the whales is at the mouth of the Saguenay Fjord. A number of whale-watching experiences depart from Tadoussac on the north shore and Baie-Sainte-Catherine on the south.

Learn about wildlife past and present at Parc National de Miguasha 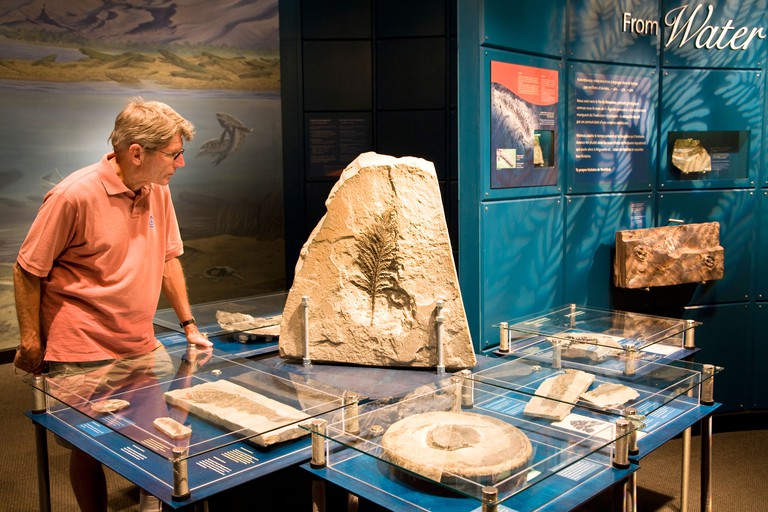 Home to a fossil site of considerable paleontological significance, Parc National de Miguasha was established by the Quebec government in 1985 and recognized as a World Heritage site in 1999. Here, a wealth of fish and plant fossils offer an insight into regional wildlife of the past and present, revealing the origins of the first vertebrates some 380 million years ago, in what is referred to as the Devonian Period. There are several sites within the park to explore this vast sense of time and place, and activities include hiking trails, group tours and exhibitions.

For an unforgettable experience of Quebec’s northernmost reaches, reserve time to visit to Parc National Kuururjuaq. This remote park extends from Ungava Bay to the crests of Mount Caubvick (Mont D’Iberville in Quebec) which, at 1,646m (5,400ft), is the highest point in mainland Canada east of the Rockies. The majestic Koroc River winds its way through the territory, its shores lined with countless archeological gems. Depending on the time of year, you can book a tour to become better acquainted with the wildlife of the northern tundra, go fishing, kayaking and dog-sledding, or choose from a number of other rugged activities. 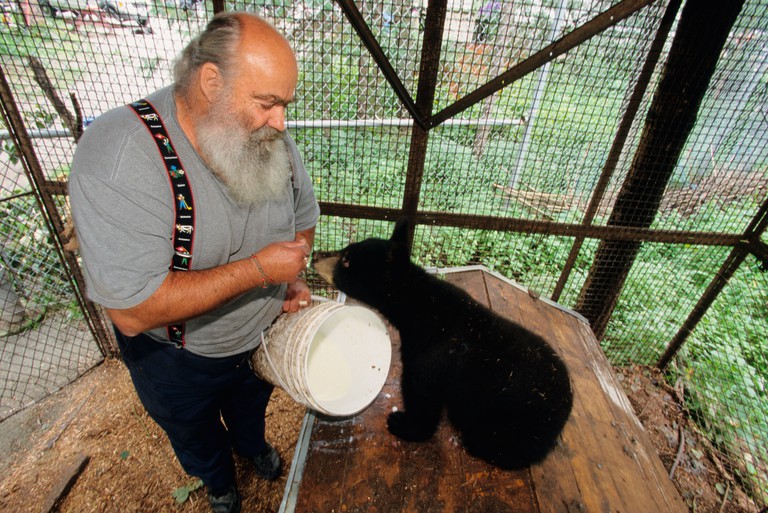 Located in West Quebec, Refuge Pageau is a sanctuary for wildlife rehabilitation and education. Every year, more than 150 wild animals are tended to and regain their freedom through the efforts of the refuge. When it’s not possible to release an animal back into the wild, the refuge gives them long-term accommodation in its extensive, park-like grounds. Visitors can spend a few hours exploring this forest setting, getting close-up perspectives of shy and nomadic snowy owls, among other birds of prey, as well as visiting the habitat enclosures of coyotes, beavers, arctic and red foxes, moose and even the rare lynx.

La Mauricie is a well-loved park covering 207sqmi (536sqkm) of mixed-wood forests with more than 150 lakes. Hiking and camping are popular activities through the summer and early fall, alongside fishing, mountain biking, birdwatching and ice climbing – allowing you to get close to nature no matter the season. Listen to the haunting calls of loons across the lakes in the evening, and the duets of great horned owls at night as you stargaze. The park’s forested valleys are particularly spectacular when the deciduous trees are in their full fall colors.