Get some fresh air in Posbank, discover the artificial island of Pampus created to protect Amsterdam or enjoy a cruise on the Giethoorn canals. 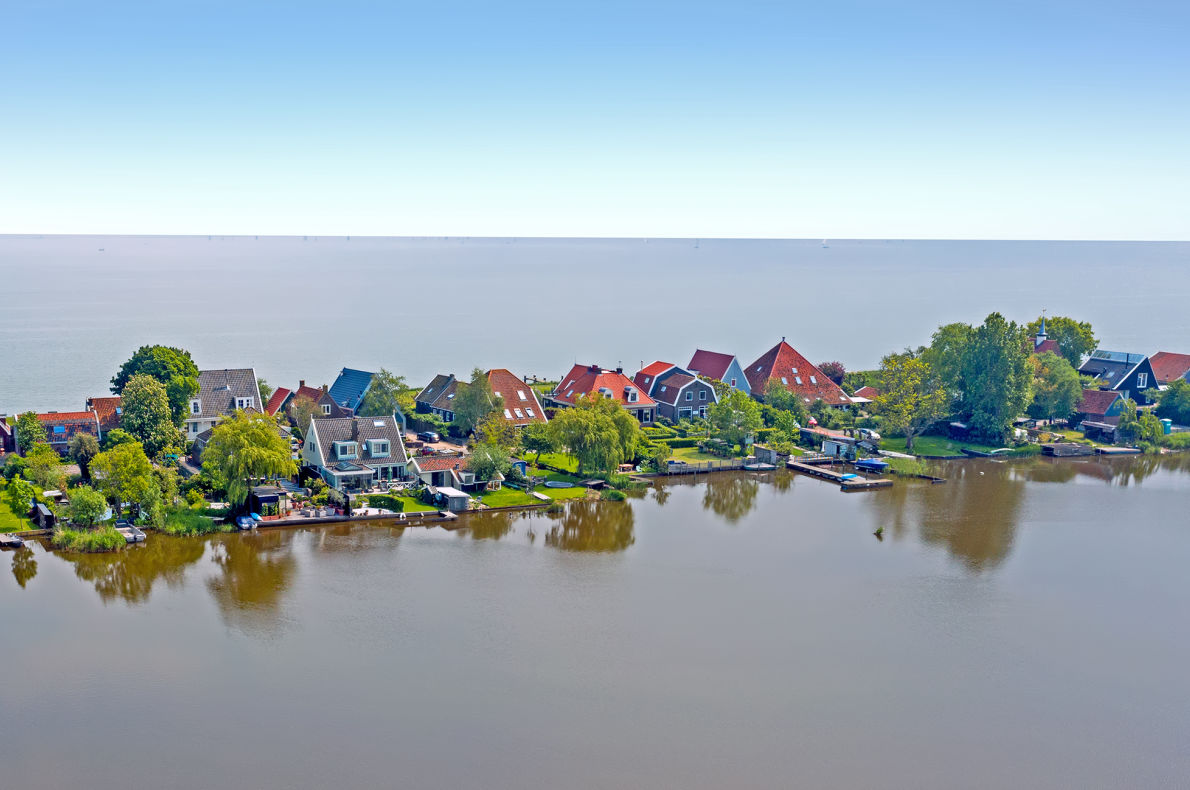 This small village of 150 inhabitants is located just 20 minutes by car (50 minutes by public transport) from the historic centre of Amsterdam. With its pretty colourful wooden houses, endless expanses of nature and its unique geographical location, Uitdam is one of the best hidden gems in the Netherlands.

On this isthmus (long strip of land surrounded by water) you can make beautiful walks, on foot or by bike (there is a secure cycle path) and enjoy this 100% natural landscape.

During your stay in the Netherlands do not miss to visit Marken and its lighthouse as well as Volendam, both ranked among the best hidden gems of the Netherlands and located only 10 minutes by car (1 hour by bike).

These villages that face Lake Ijsselmeer are perfect for a retreat in the countryside, far from the crowds, noise and stress. Disconnect from work, social networks and reconnect with nature. 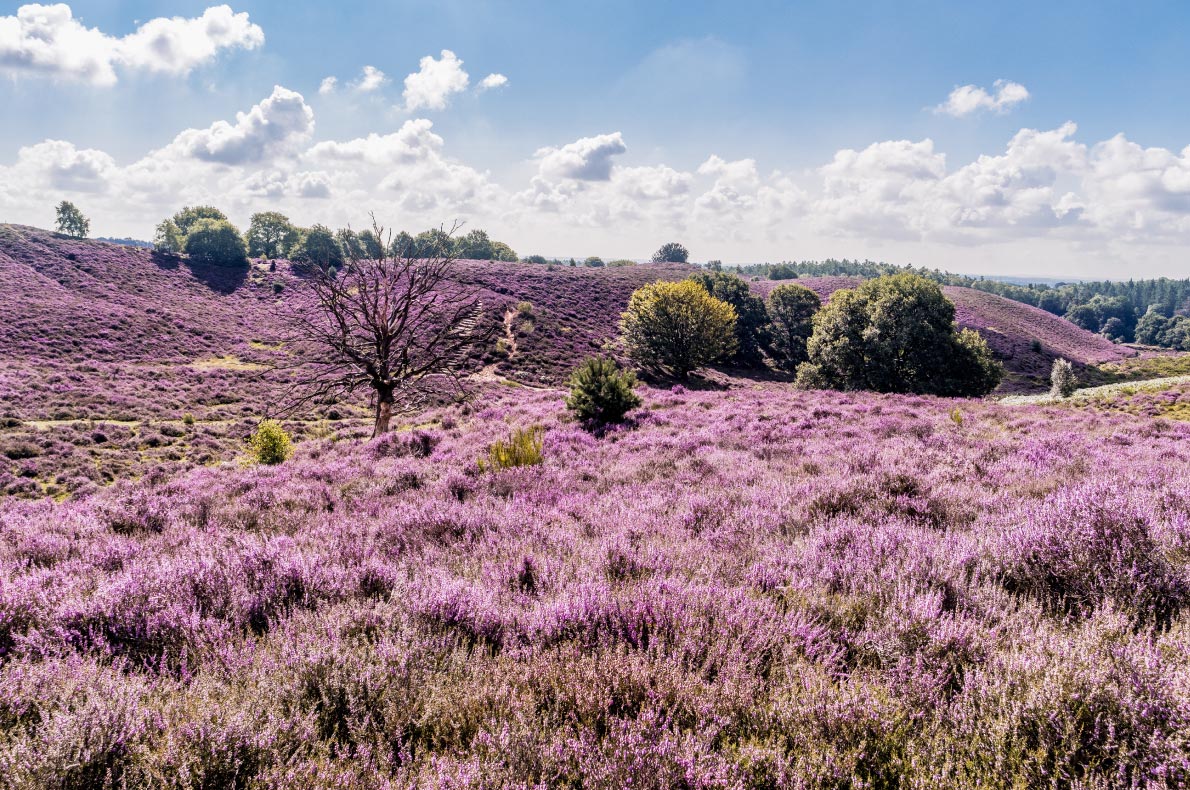 By bike, on foot, on horseback, it’s up to you to decide how you want to discover the oldest and most beautiful national park in the Netherlands. This haven of peace has been protected since 1931. The fauna and flora will take away all your worries. Watch carefully and you will see wild boars and deer roaming freely. How rejuvenating! The purple heather and mist form an incredible backdrop for unforgettable walks.

The park is a 2-hour drive from Amsterdam Schiphol Airport or Rotterdam-The Hague Airport. Our advice: leave early in the morning to enjoy the first rays of the sun and the spectacle of the fog rising on this landscape. The best time to see the heather in bloom is … all year long as this beautiful plant has several successive blooms. 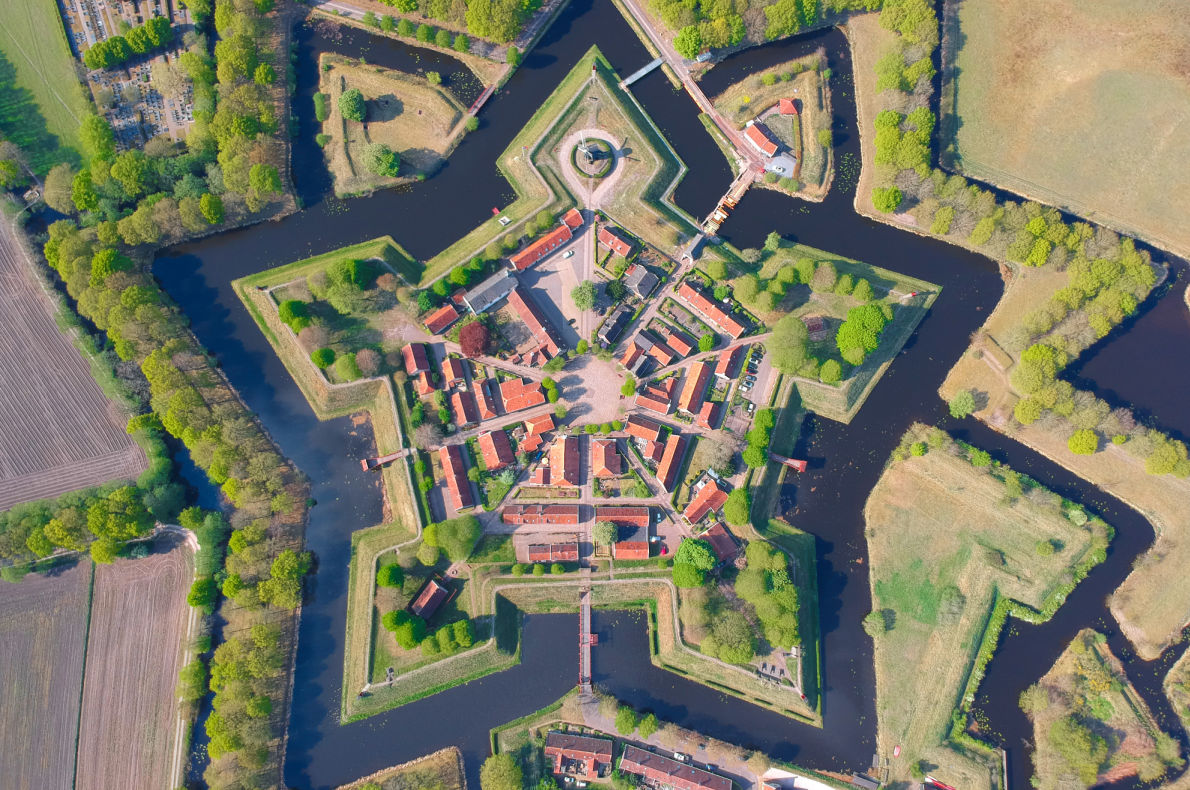 This fortified village is one of the best hidden gems in the Netherlands. Located in the northeast of the Netherlands, this village forms a border with neighbouring Germany.

Bourtange owes its fortifications to the Eighty Years’ War, also known as the “Netherlands Revolt” against the Spanish monarchy. Bourtange and the large neighbouring town of Groningen had at the start of this revolt, chosen the Spanish camp which was not easy to assume and had required important fortifications in order to resist the popular revolt which would end 80 years later with the recognition of the independence of the provinces extending from the Netherlands to Belgium.

It is a piece of history that you will discover when visiting Bourtange. This small village experienced various misadventures until 1960. The local authorities decided to rebuild the village as it was originally and had the ditches filled in and the ramparts and fortifications dug. Bourtange is now home to museums, cultural and historical events and reconstructions. 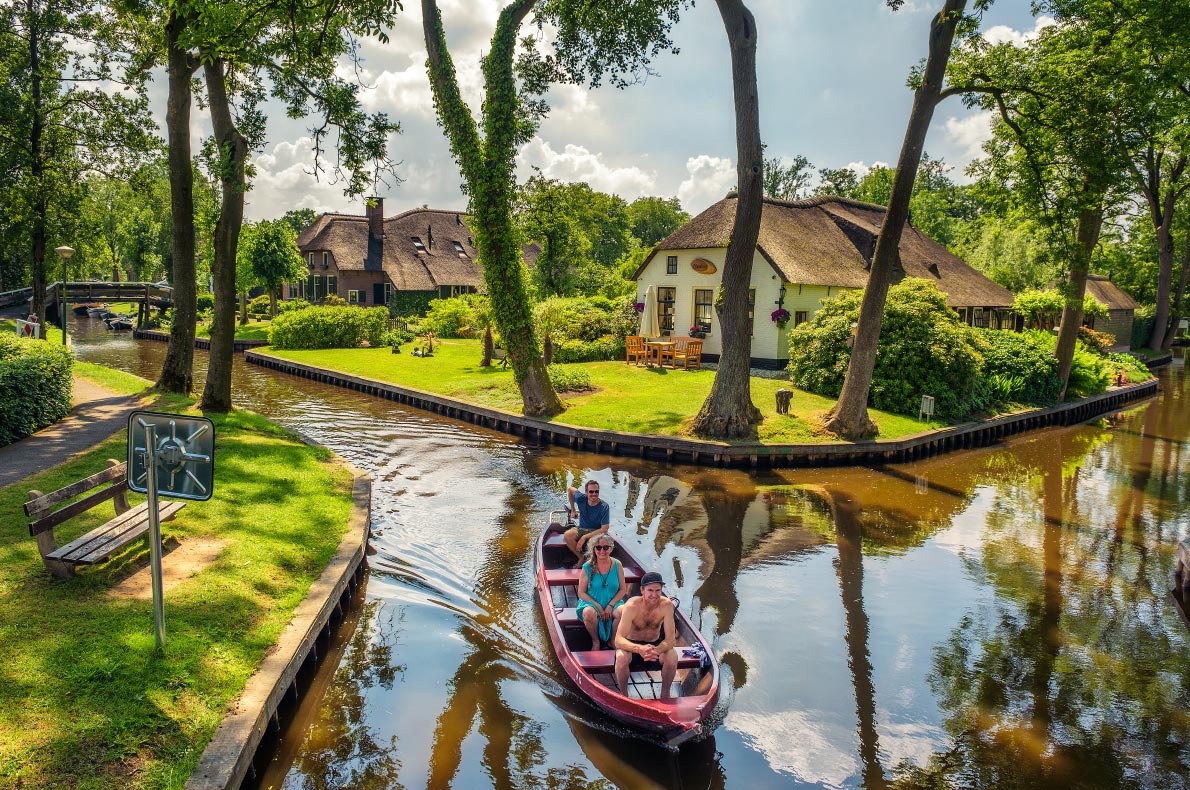 Located 1h30 from Amsterdam by car (2h by train) Giethoorn is one of the best hidden gems in the Netherlands. This pretty little town is so romantic with its thatched roofs, canals and flower gardens. The canals were dug by men to extract peat. The name “Giethoorn” comes from the Dutch “Geitenhoorns” and refers to the goats’ horn which were found in the fields.

If you come by train from Amsterdam Central Station, take the first train to Amersfoort and a second train to Steenwijk (then take bus number 70). It is longer than a car drive but more ecological. You can also book online your tours in the Netherlands, such as a “From Amsterdam: Day trip to Giethoorn by bus and boat”. 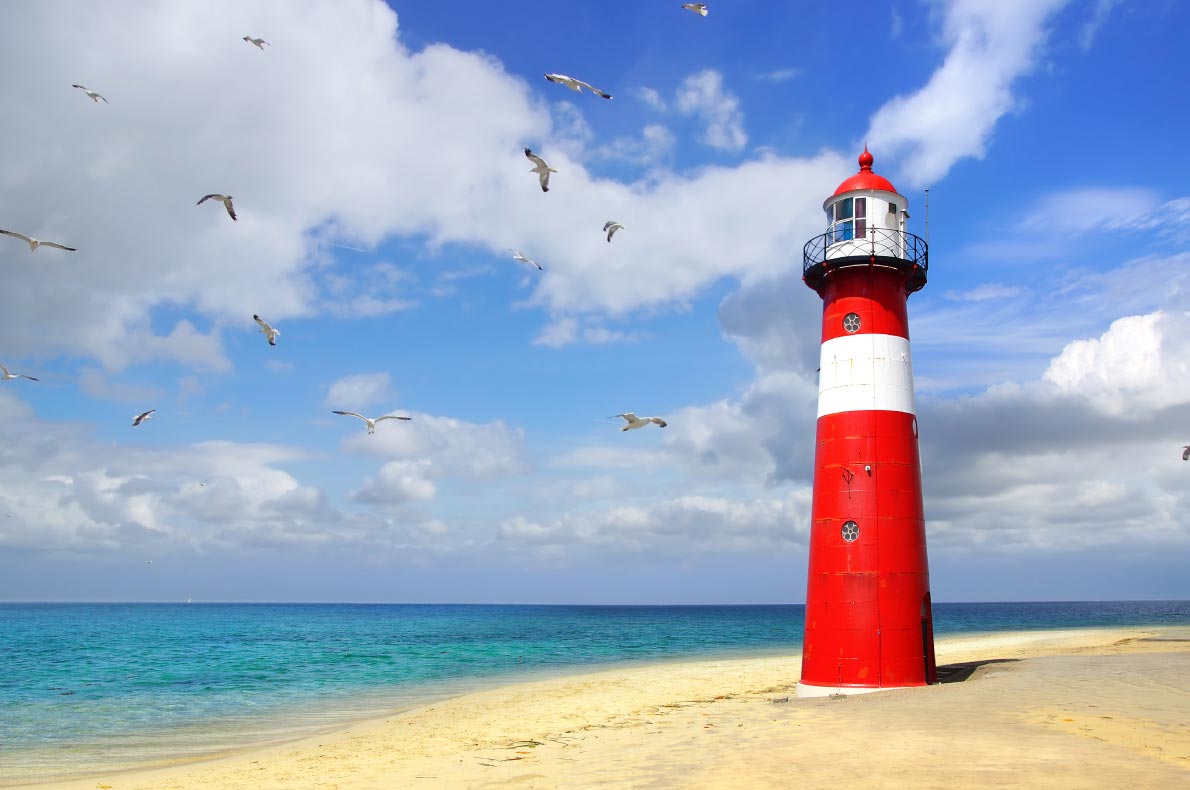 Westkapelle is one of the most beautiful and the most incredible destinations in the Netherlands. Located on what was then an island, the island of Walcheren, it is now connected to the rest of the Netherlands by various bridges.

Located in the South West of the Netherlands, this island has experienced floods, bombings, and paid a high price for the war as more than 130 of its inhabitants perished and many had to evacuate Westkapelle. This community apart from the rest of the Netherlands has often been closed on itself. In fact, many Westkapelle residents bear the same family name and almost all bear the same firstname. Today more open to the rest of the world thanks to tourism, Westkapelle is a perfect destination for nature lovers. 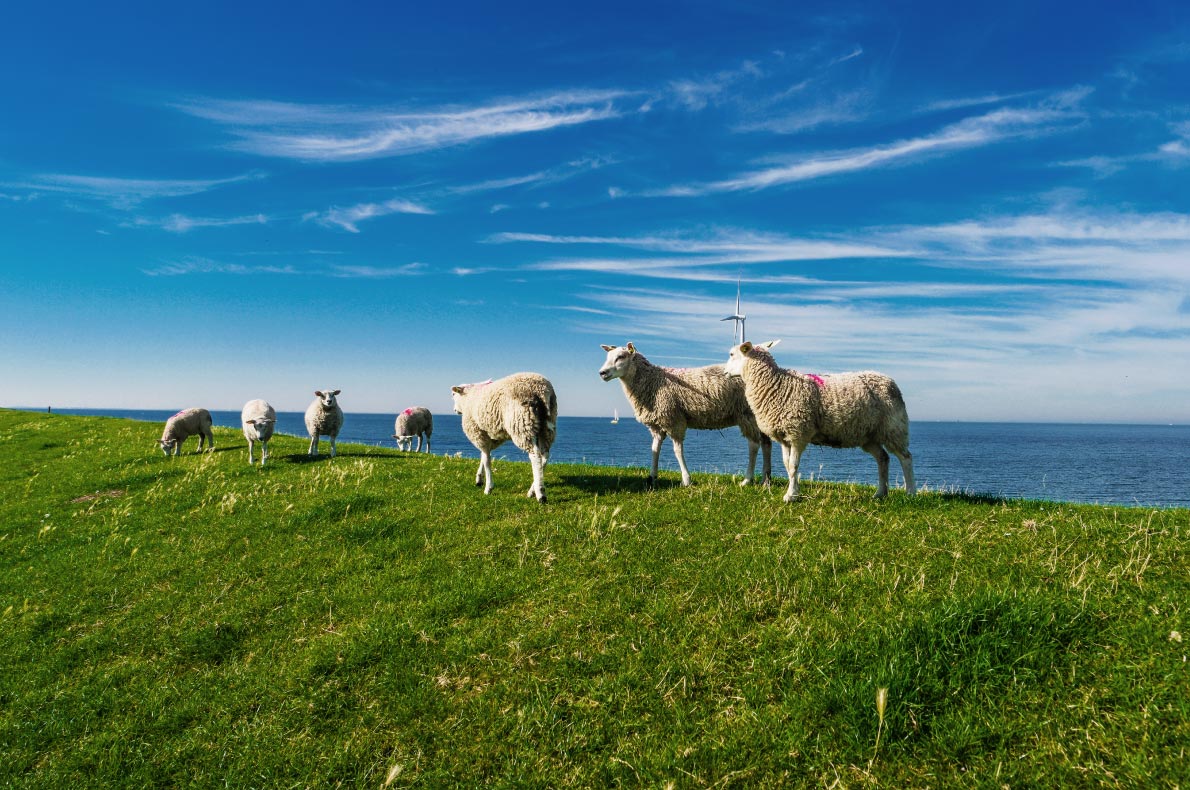 Surrounded by towns and villages such as Uitdam, Volendam or even the famous village of Edam (like the Edam cheese), Lake Ijsselmeer is a must-see place for nature lovers.

Only 50 minutes by bike from central Amsterdam, this lake and the towns and villages that surround it are a perfect place to reconnect with nature. 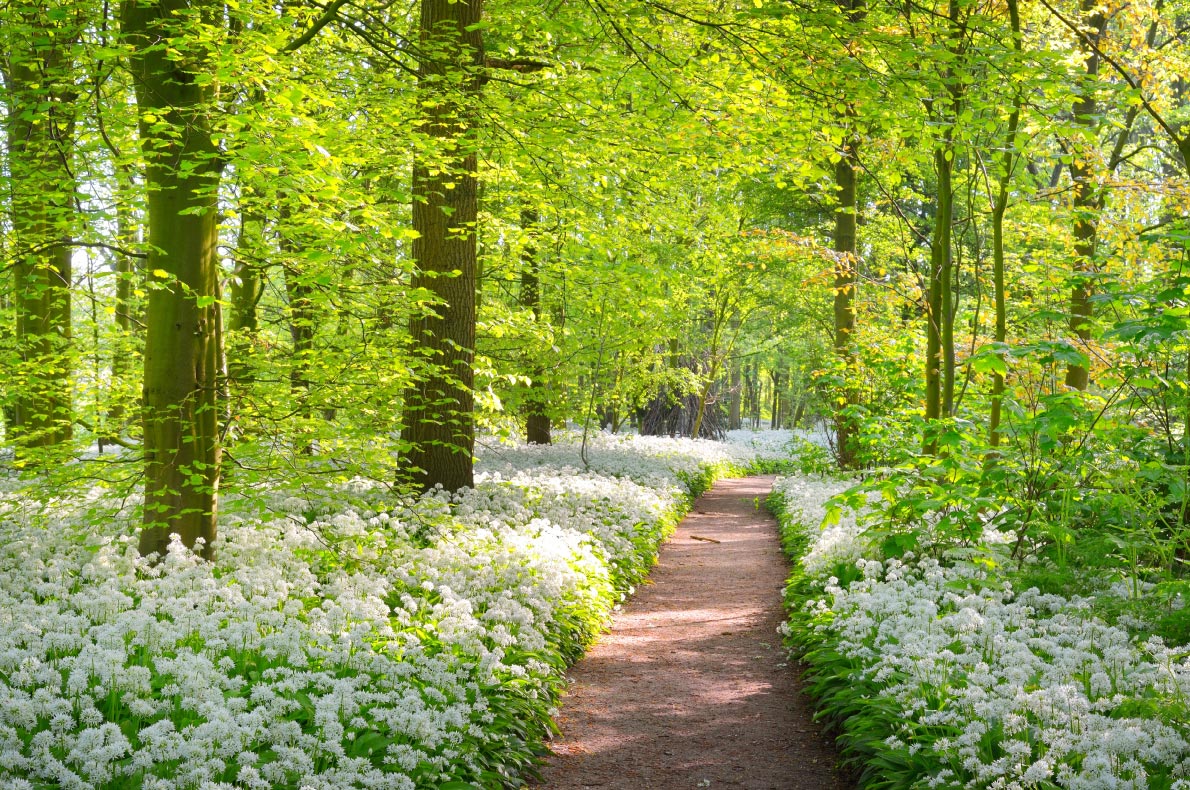 Put it on top of your to do list if you want to discover another image of the Netherlands and leave the big cities. Just 10 minutes from The Hague, Leiden is a perfect destination for a short break. To witness the flowering of Stochemhoeve’s wild garlic, come in May. 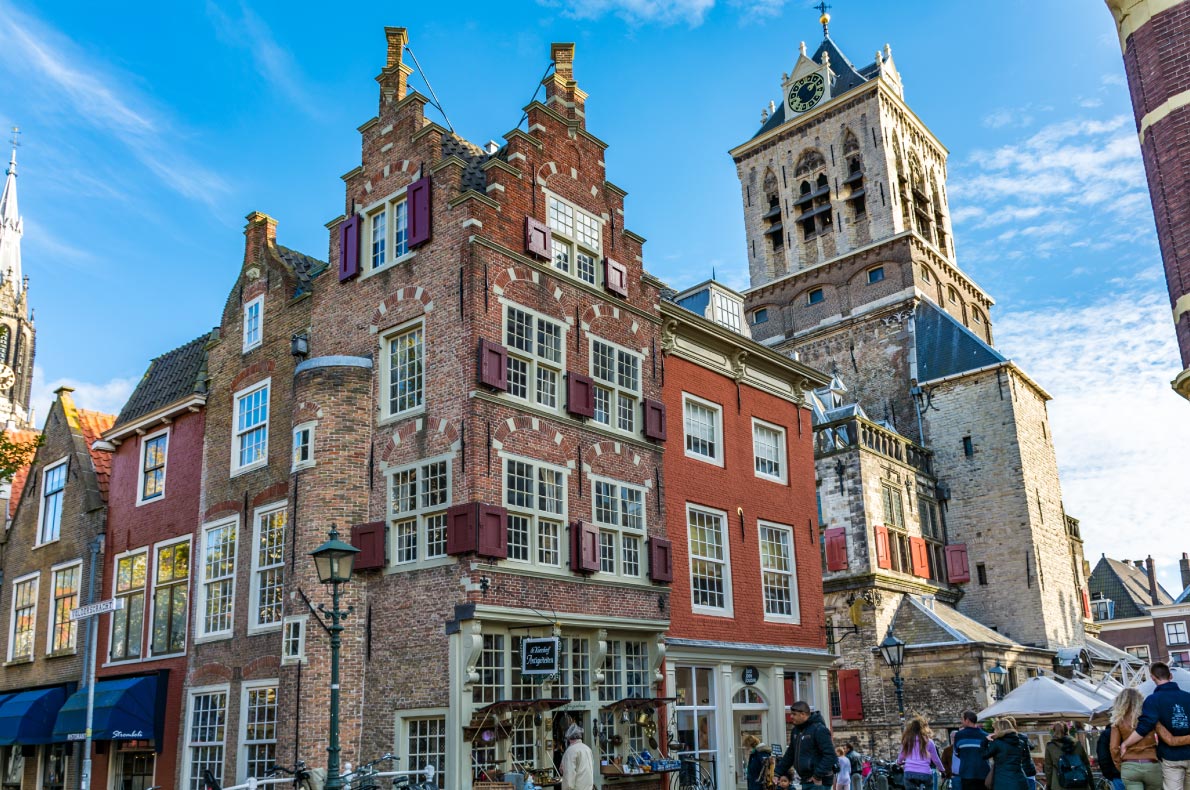 The city of blue and white faience is one of the best hidden gems of the Netherlands. Just 20 minutes from Rotterdam-The Hague Airport, Delft is a relaxed, romantic, peaceful city.

Not to be missed is a visit to the Royal Delft, a museum dedicated to the famous Delft faience. 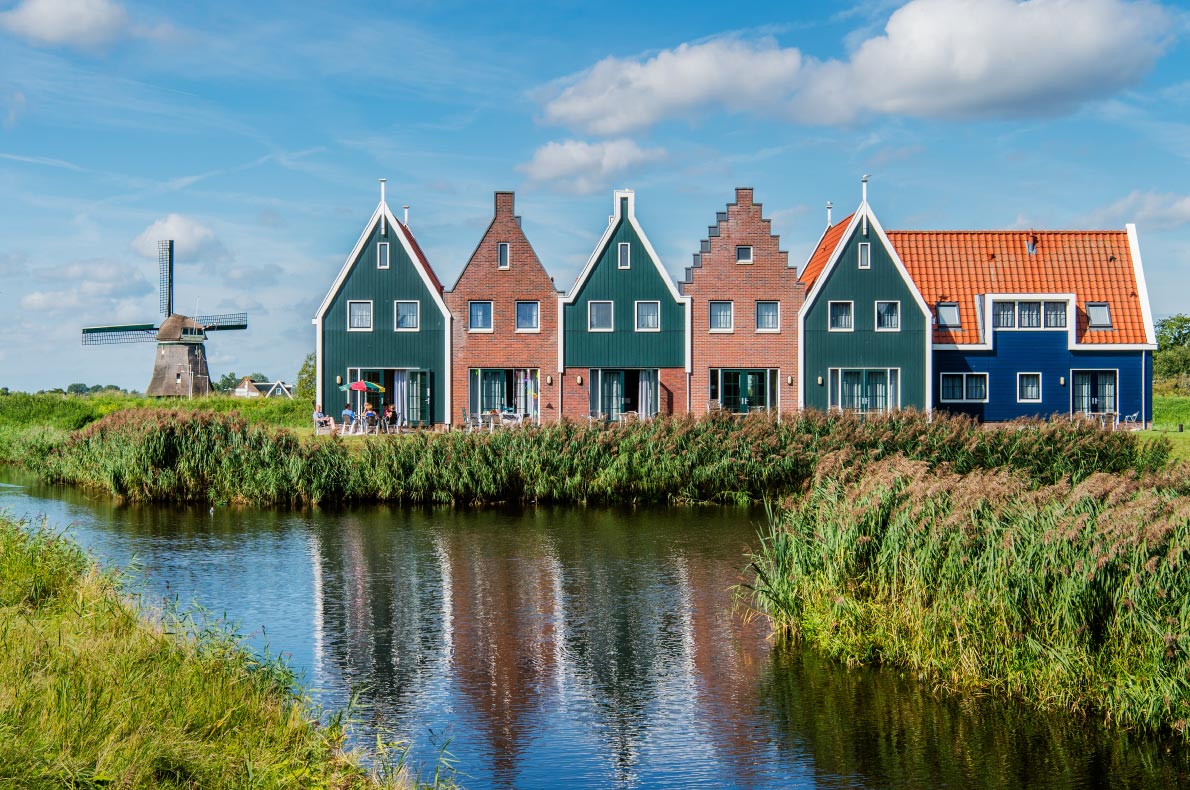 Just 30 minutes by car or train from the centre of Amsterdam, Volendam is one of the hidden gems of the Netherlands.

This pretty authentic village will enchant you with its wooden houses painted in green not to mention its canals and picturesque mills. The easiest way to reach Volendam is to book your flights to Amsterdam Airport as well as your hotel or apartment at the best price and to treat yourself to an afternoon of discovery at this secret destination.

Book your tours and activities in the Netherlands, such as the “Marken, Volendam and Edam full-day tour from Amsterdam.” 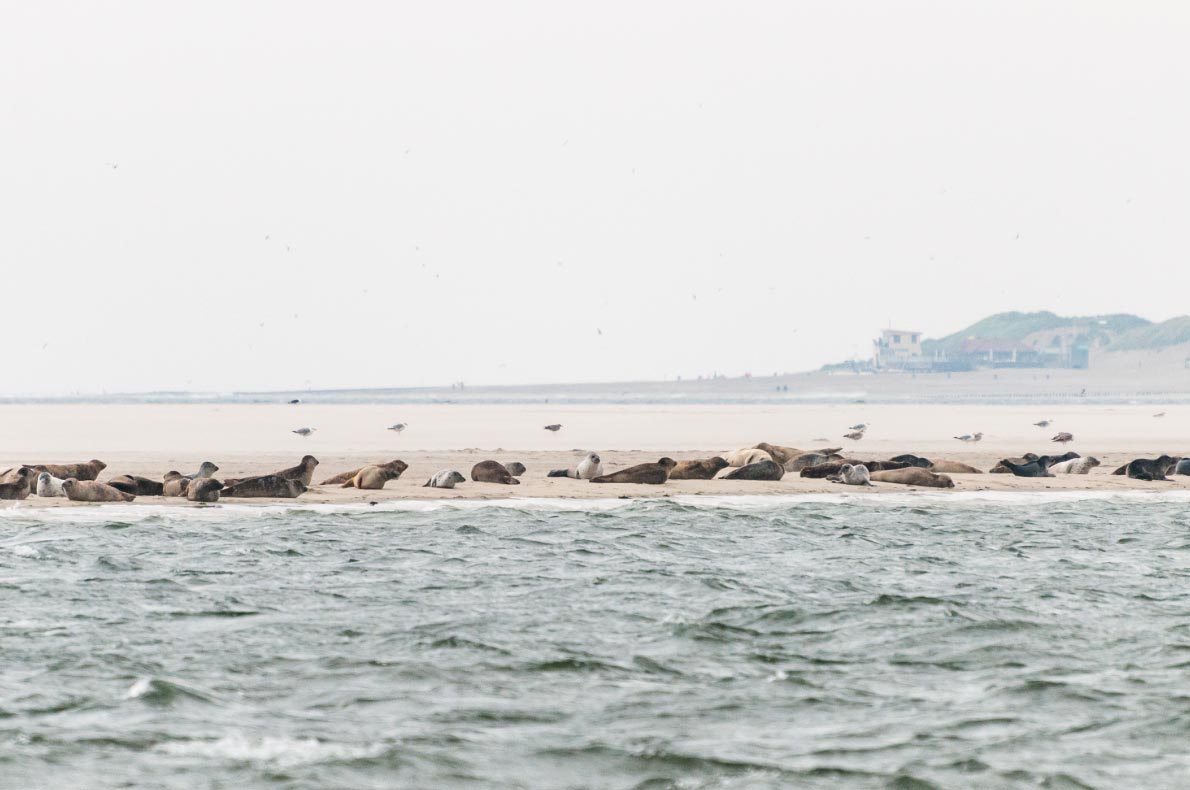 Ameland is one of the wildest islands in the Netherlands. Here sheep roam freely and on the beaches of the North Sea you can watch seals playing endlessly.

The simplest way to reach the island is to book your flights to Amsterdam, drive to the port of Holwerd and take the ferry to Ameland. If you want to travel by public transport, take the train to Leeuwarden. Once in Leeuwarden board an intercity train with terminus to Holwerd from where you will take the ferry. In high season the ferry leaves every hour and in low season every two hours. So come on, leave the city and stress behind you and book your stay in Ameland at the best price. 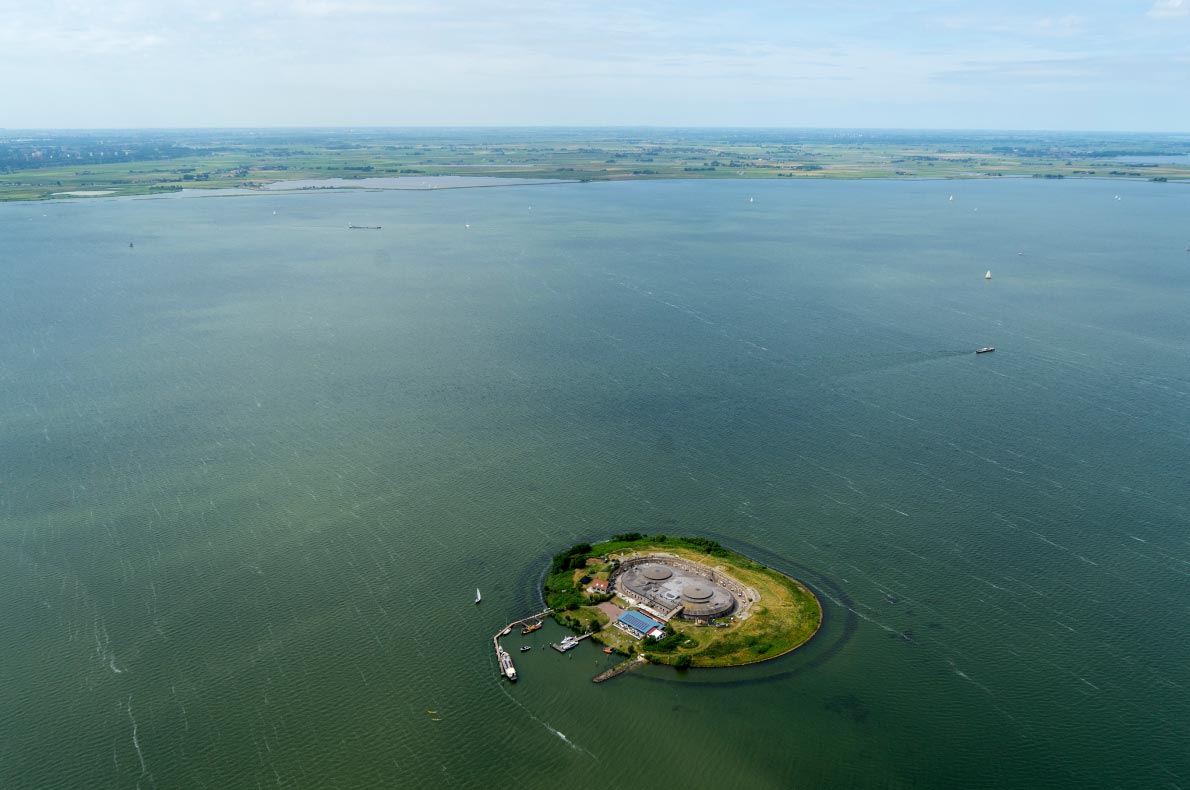 This artificial island was built in the 19th century to protect Amsterdam from enemy attacks. The fort built on this island has managed to dissuade the attackers for many years. It was however closed too early in 1933 before the rise of Nazism in Germany. During their occupation of the Netherlands the Nazis used this island as an anti-aircraft base. The fort then fell into ruin before being renovated in the 1990s by a heritage protection association. The island is open to the public from April 1st to November 1st (closed on Mondays). 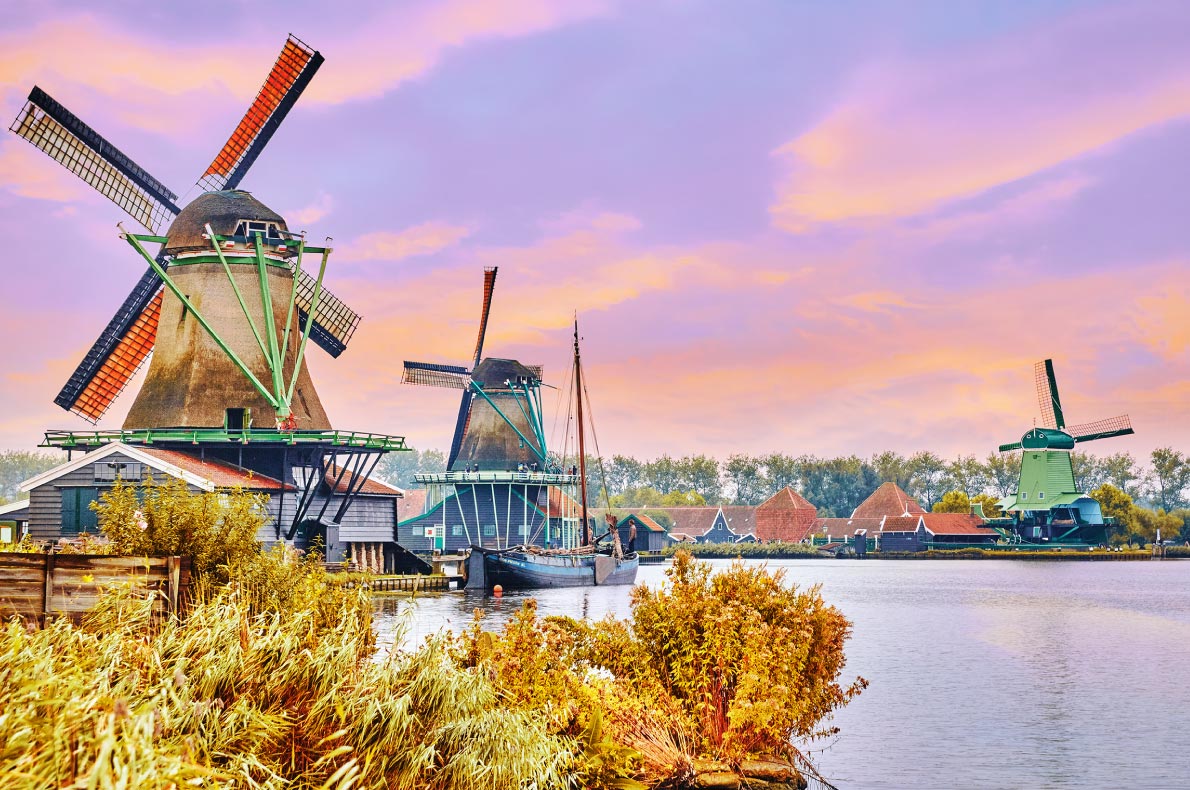 Zaanse Schans is certainly the most beautiful village in the Netherlands. Located 20 minutes from the historic centre of Amsterdam you can reach this village from the station Sloterdijk Amsterdam. Walk, take a boat or go by bike in this little corner of paradise. A perfect destination for a getaway out of town. 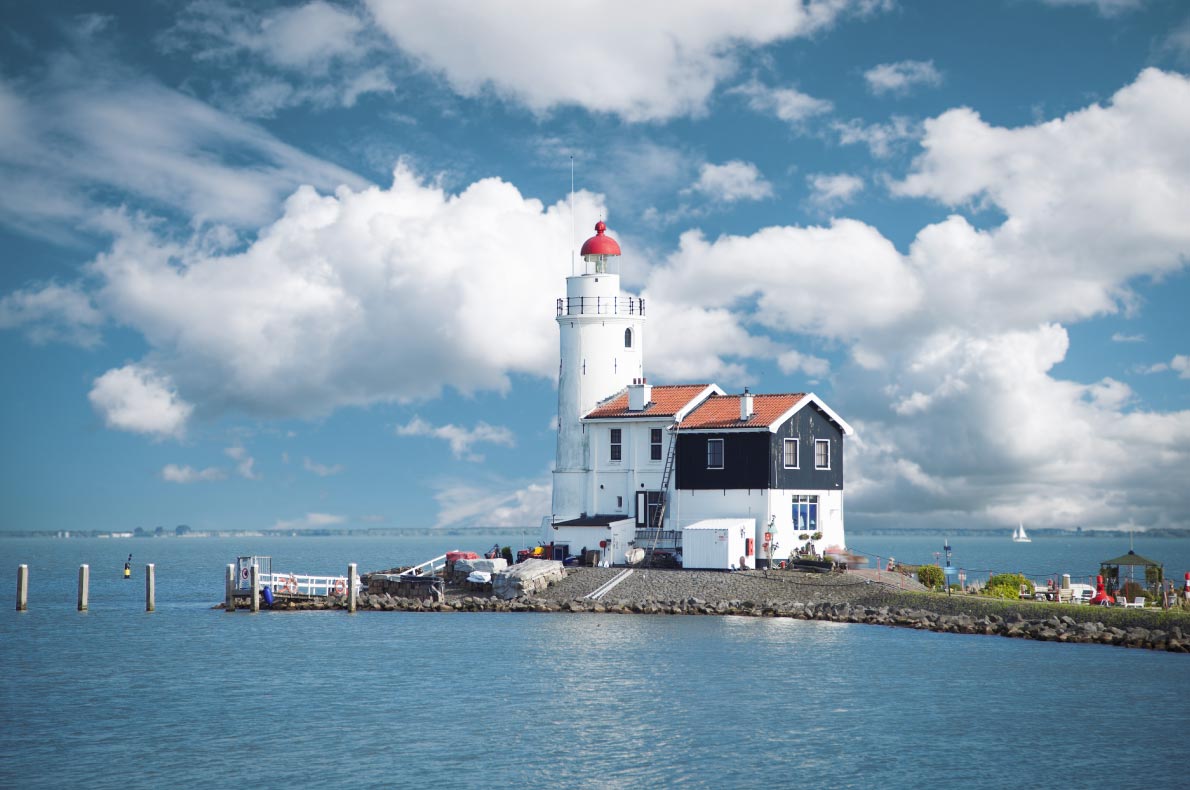 The lighthouse on the Marken peninsula is one of the symbols of this secret destination. Marken is a peninsula just a 30-minute drive (40 min by train) from the centre of Amsterdam. As you walk along, you will see many wooden houses painted in light and dark green. These charming fishermen’s houses are typical of this region of the Netherlands.