A hungry elephant demanded food from terrified tourists on safari – and nearly sent them flying when it tried to reach inside their vehicle.

The cheeky tusker stuck his trunk inside a broken-down truck while begging for treats at Yala National Park in Sri Lanka.

Photographer Sidath Wanaguru captured the extraordinary moment from a vehicle traveling in convoy behind.

There are an estimated 6,000 elephants in Sri Lanka but they are an endangered species as humans increasingly encroach into their habitats.

Unlike their African cousins, only an estimated seven percent of Asian elephants have tusks and in Sri Lanka, the percentage is believed to be even lower so these tourists were a tad unlucky to come across one.

Mr. Wanaguru, 36, said: ‘No-one was harmed but the guests were terrified due to the sheer size of the elephant and because they were helpless to getting away due to breaking down.’ 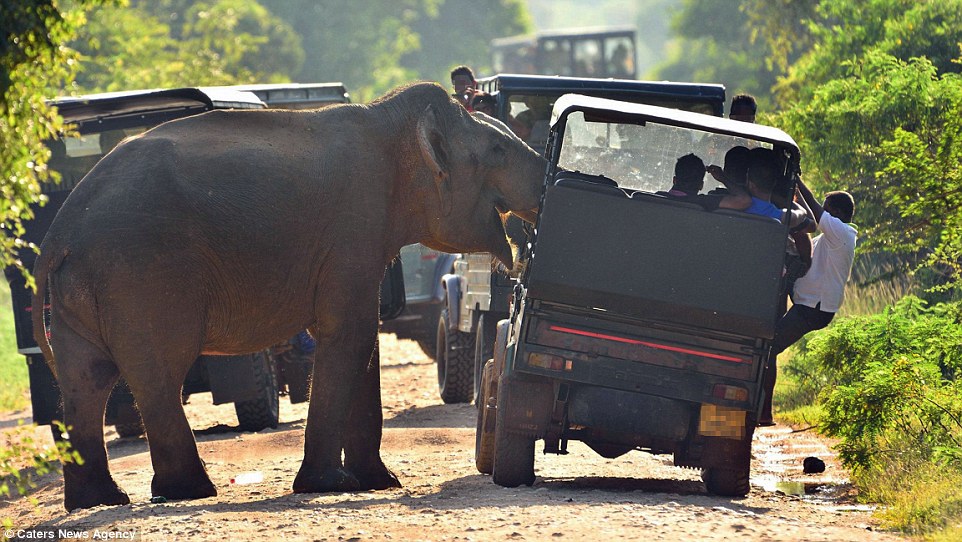 These tourists got more than they bargained for when they went on an elephant safari in the Yala National Park in southern Sri Lanka. Their truck broke down, leaving them at the mercy of the boisterous tusker 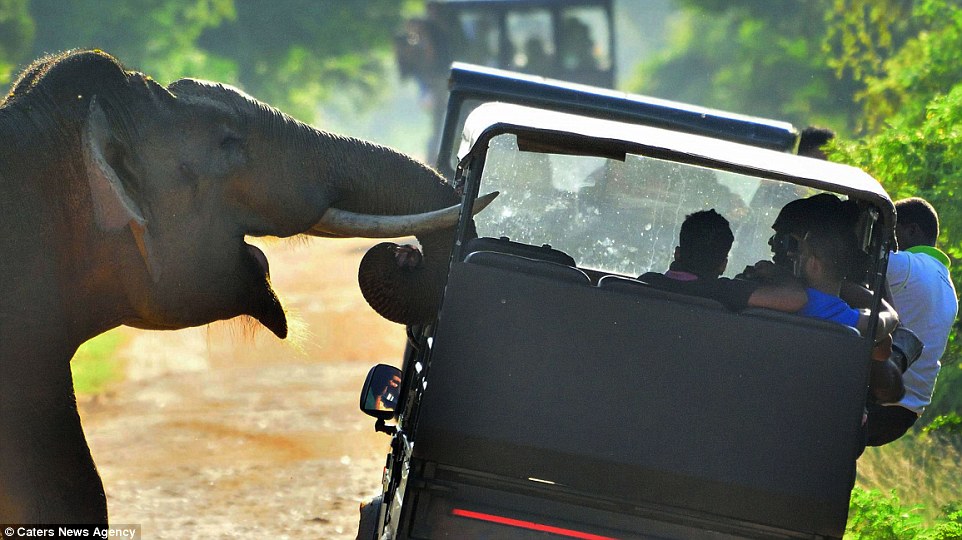 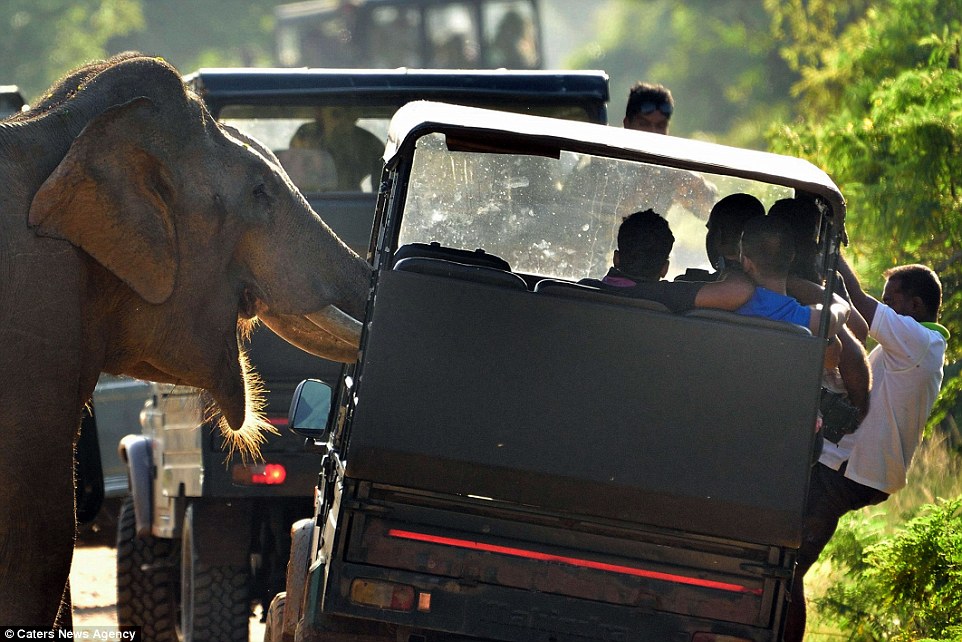 Thankfully nobody was hurt in the incident. Most African elephants have tusks but only a small minority of their Asians do so these tourists were unfortunate to be ambushed by one that did 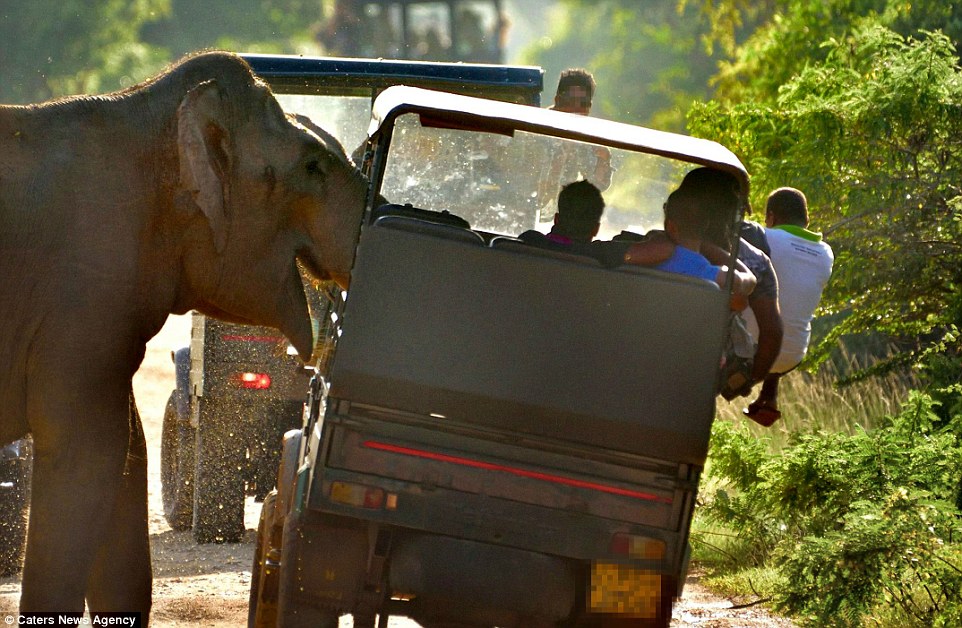 The dramatic footage was captured in Yala National Park in southern Sri Lanka. It is not far from the port city of Hambantota, which is being developed by the Chinese 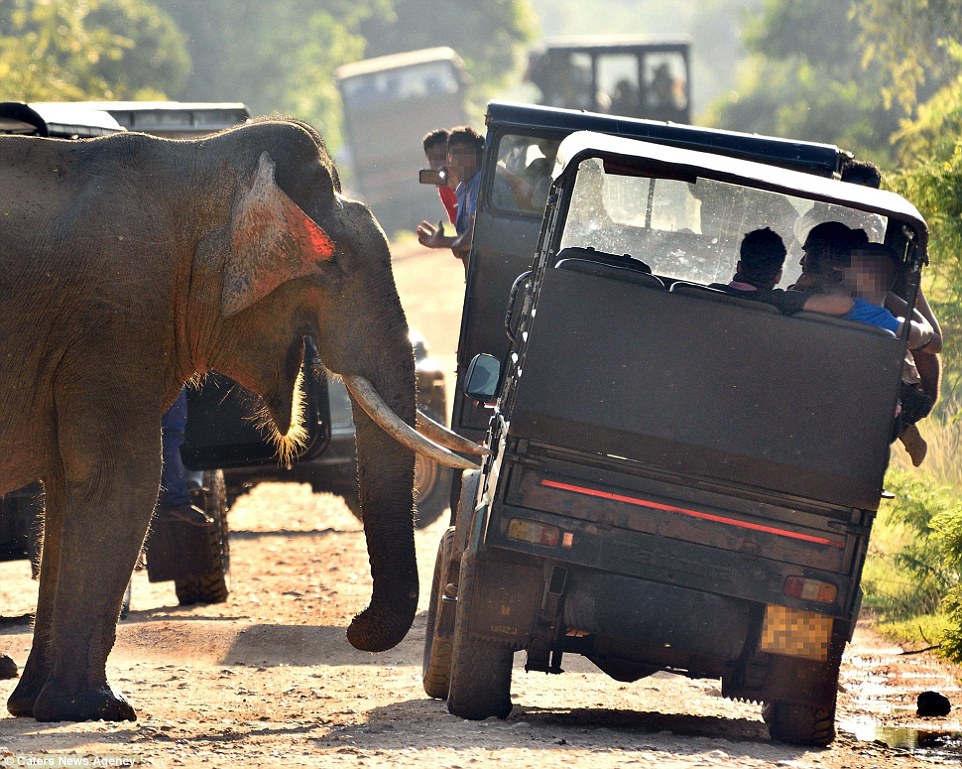 The broken-down truck was in a convoy of tourist vehicles and the unforgettable incident was captured on their cameras. Those in the vehicle were less inclined to take snaps 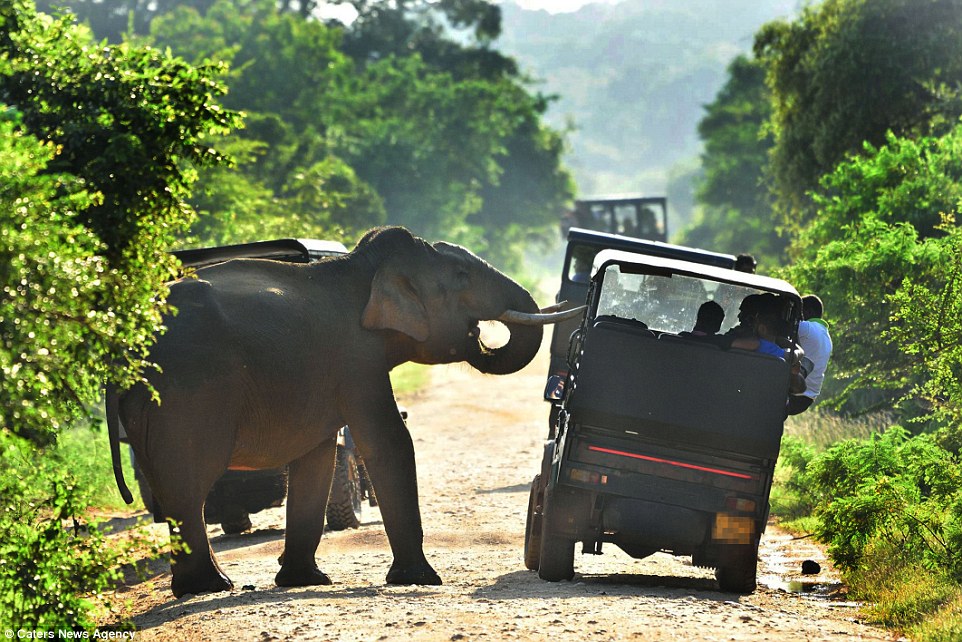 Photographer Sidath Wanaguru was following behind and was able to capture the elephant ambush on a long lens. The beast eventually wandered off into the jungle 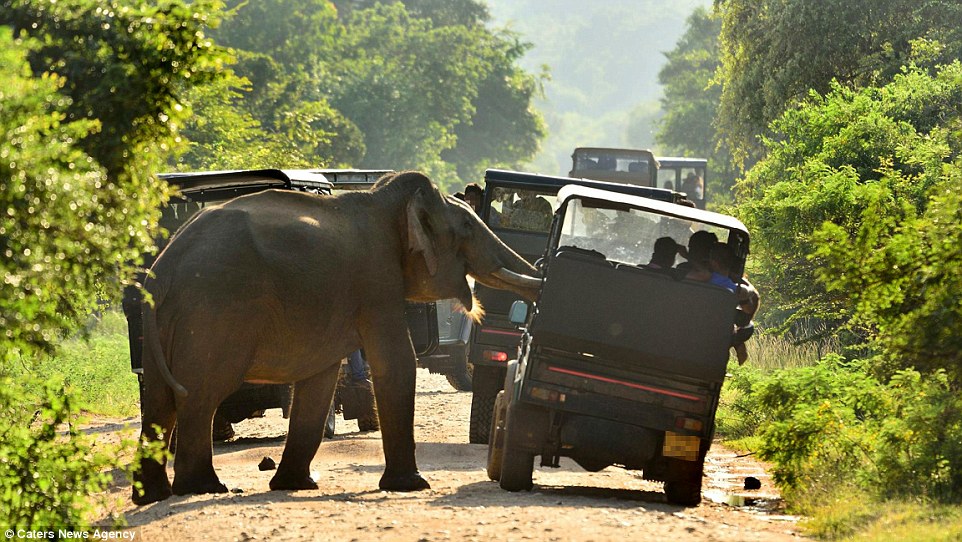 In the West, elephants are considered cute and harmless but in the wild, they are anything but. They have been known to go on the rampage in Thailand, India and China and are dangerous because of their sheer size 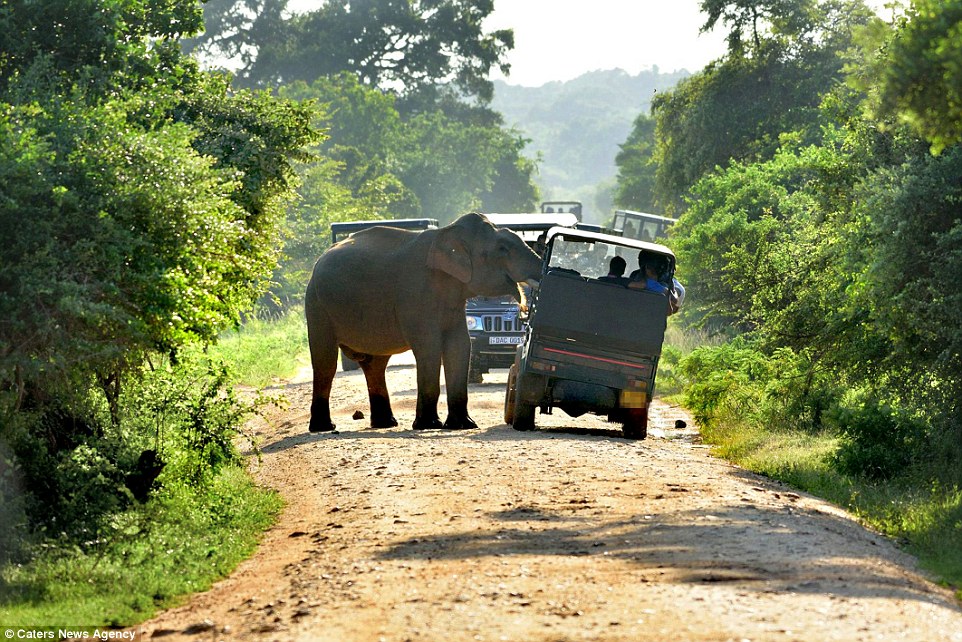 Love trunks all! Caring mother elephant helps her struggling baby up a slippery river bank to safety in South Africa