Today, the hula is a form of entertainment performed for the crowds to watch. Little do visitors know, but it represents so much more.

As the sun sets along the shoreline, there is a persistent beating of drums in the distance. The sun is replaced by the roaring fires of torches. Here begins Hawaii’s most enchanting display. Decked out in their Aloha shirts and taking in the sounds of the chanted mele, spectators applaud in awe at the dancers taking the stage.

When the voyagers of Polynesia came to Hawaii, they brought with them a set of traditions and legends that they wanted to pass on to the generations to come. Since there was no written language, the stories along with their emotions were documented with a combination of movements that were later known as the ‘hula’. 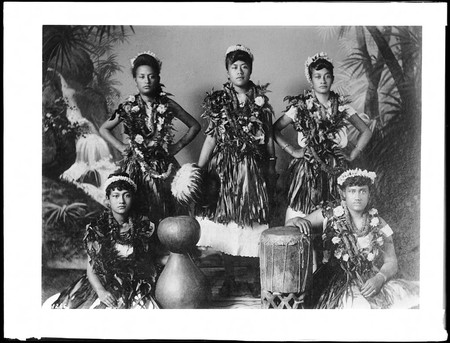 Typically, hula was used in religion to pray to Hawaiian deities as well as honor visiting chiefs and those of high regard. The practice was performed with bare feet, grounding the dancers in their proper attire, consisting of loin cloths for men and a simple skirt wrap for women. Leis were worn not for vanity, but as part of the prayer service as they were then offered up to the altar of the gods, who the dancers were honoring.

On bare feet, the footwork of the hula was borrowed from the other Polynesian islands, carried over by ancestors. The movements of the hands and arms mimicked those found in nature, like the waves crashing onto the shore or the sway of the branches from the surrounding palm trees. The connection that the people of Hawaii felt to the land and nature around them is expressed in each and every step of the dance.

After the arrival of Western missionaries, the hula, along with much of Hawaiian religion, was banned throughout the islands. For many years, the hula stayed tucked away in the memories of the natives. Thankfully, with tourism to Hawaii came the resurgence of the hula. 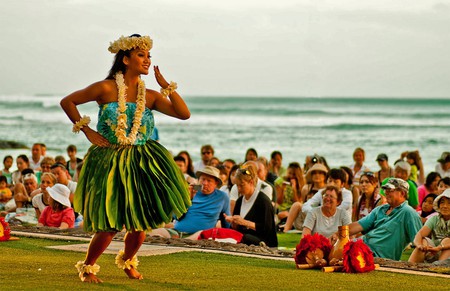 Dancers are dressed more modestly and the costumes are much more elaborate than they were in their original form. The performers are accompanied by Western string instruments instead of a gourd drum. The music and movements of the dances are still entrancing, though not as religiously connected as they once were.

Accompanied by singers and chanters during luaus, the hula is now offered as a fairly common form of entertainment for visiting tourists. Its popularity has navigated around the world and continues to attract people from all over.