When you’re starting from scratch, who better than a mother to give that all-important first lesson?

So it was for one grizzly bear helping her cub to learn how to rub its back on a tree trunk in a vital ritual.

Jungle Book fans might recall Baloo demonstrating a similar move to Mowgli to relieve an itch as he sang The Bare Necessities. 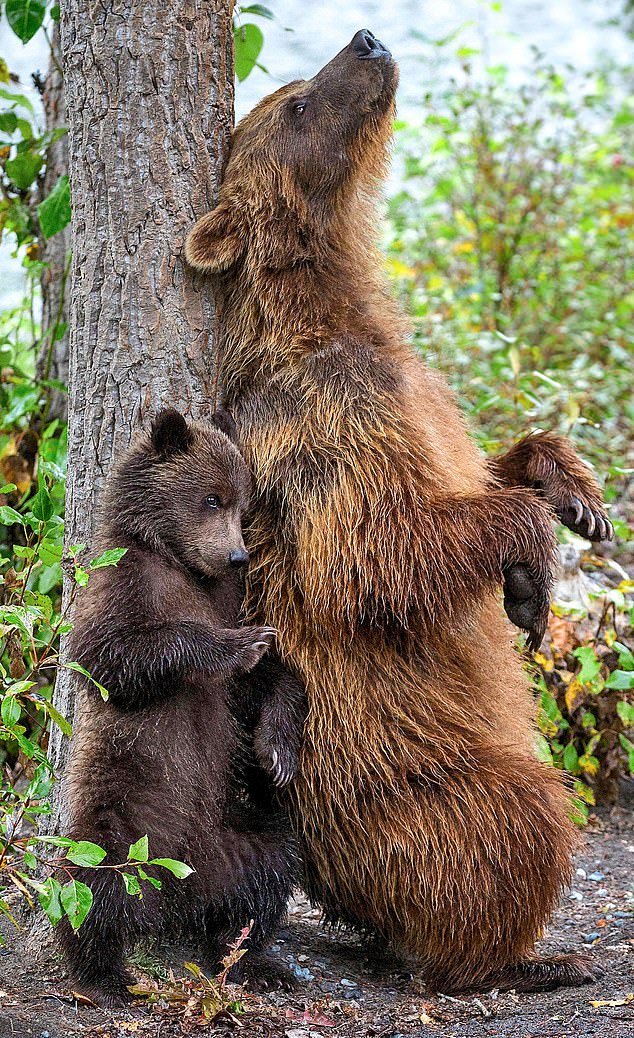 A mama bear taught her cub to scratch its back on a tree in British Columbia, Canada

In fact, bears do it to communicate with each other and mark their scent.

In these images, captured by photographer Marion Vollborn, the youngster –about five months old – first peers quizzically at its mother.

Then both rub against the trunk, standing upright and their forelegs dangling in front.

The cub nestles against its mother, who gazes upward.

Ms Vollborn, who took the photos in British Columbia, Canada, said: ‘I didn’t expect a mother to get so close to me with her cub.

‘I felt incredibly honoured to experience such an intimate moment.’ 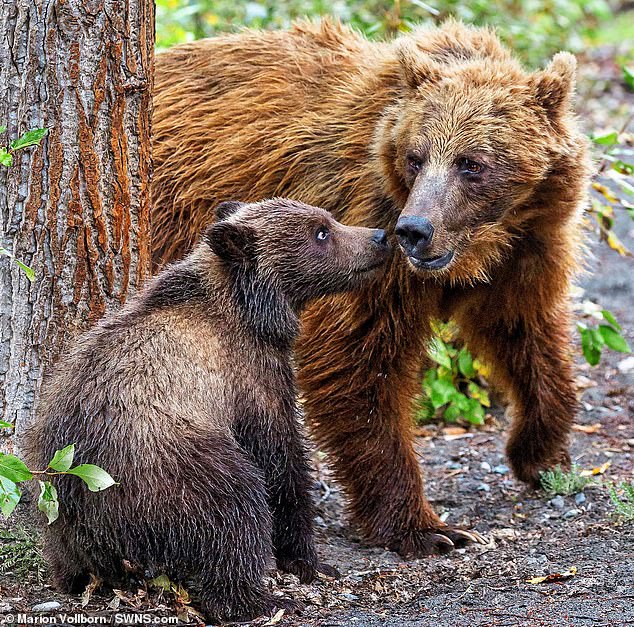 Photographer Marion Vollborn captured the heartwarming moment a grizzly bear and its mother communicating in their own language. The little bear then snuggled up to its mother