A baby elephant born with albinism has been thriving in the wild despite battling problems caused by its skin pigmentation. 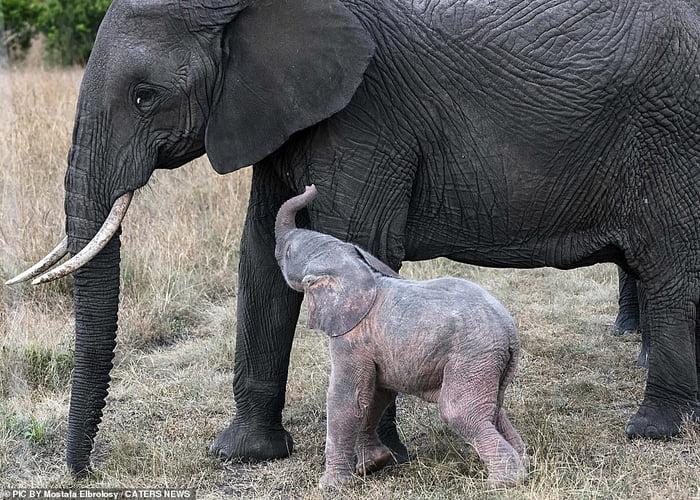 The rare calf was born in April this year in Maasai Mara, Kenya.

It was caught on camera by a wildlife photographer who spotted its unusual pigmentation of pink skin but it is thought to be thriving nonetheless. 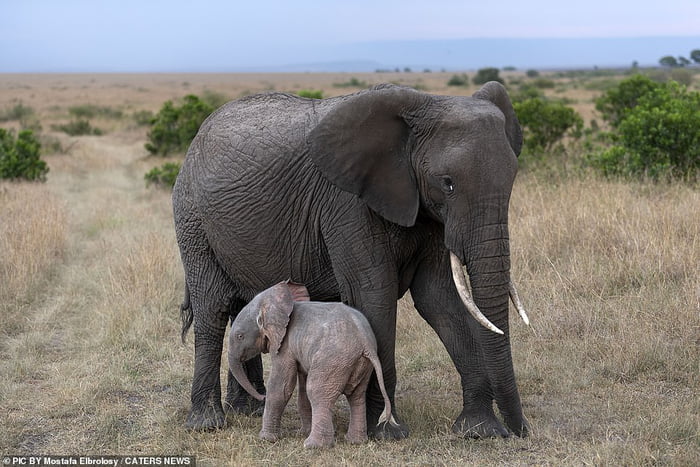 Mostafa Elbrolosy, a ranger who runs a safari camp, said that he had heard about the birth of the elephant but was surprised when he saw the adorable calf for himself, according to Daily Mail.

It was a rare sighting.

Rare creatures are always the most attractive for any wildlife photographer and getting the chance to watch and photograph it was like a dream.

As I live in the Maasai Mara running my cozy camp here, I got the news over the radio of a female elephant giving birth to an albino baby.

I finished my job, packed my camera and went looking for it with one of our guides. 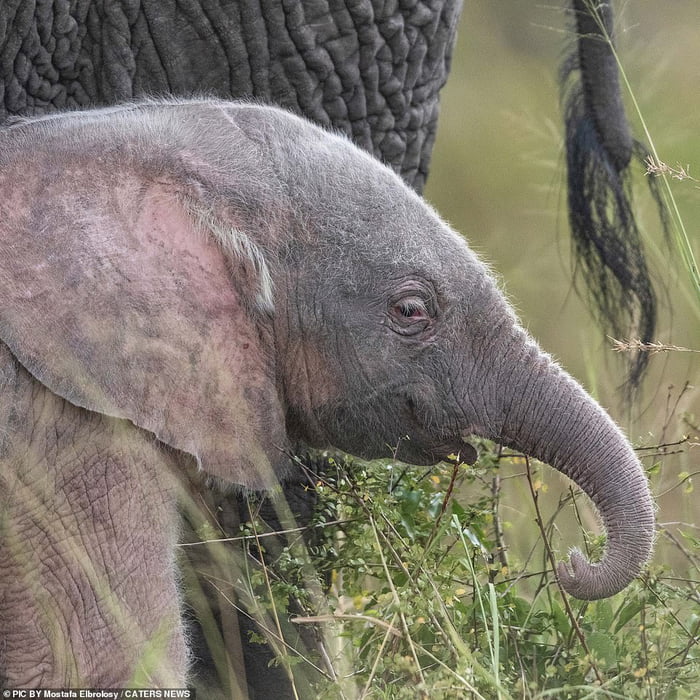 We got the surprise in the afternoon after quite a long time of searching only very few people had come to see it as no one expected it to be an albino one.

I was very lucky to get the chance to see and photograph this extremely rare baby. 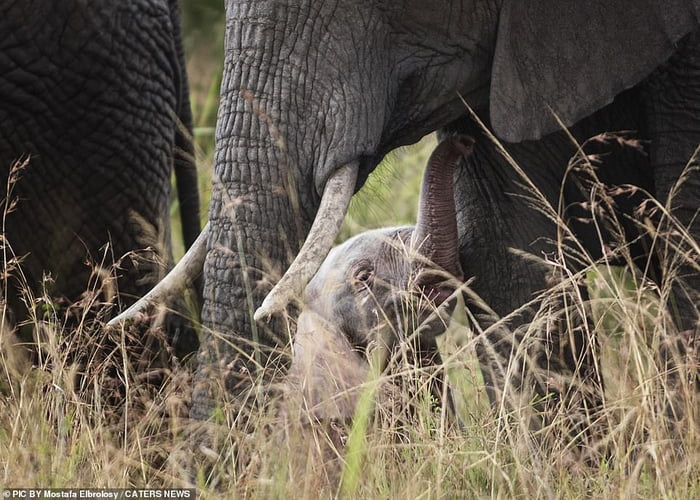 Elbrolosy said the newborn calf was extremely rare and was thriving despite the harsh sunlight which was not suitable for it.

He was surrounded and very well protected by the herd, trying to feed on the mum and walk with her. He was just eight hours old.

We were thrilled to see such an amazing sight. 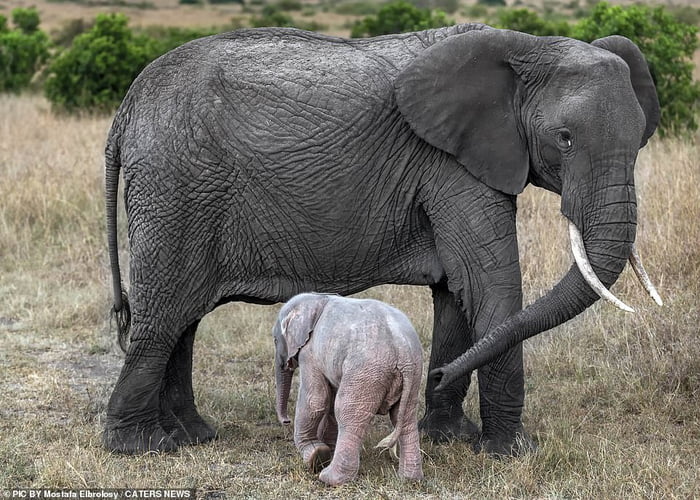 Albinism is caused by a lack of pigment in the skin and usually results in pale dermatological layers as well as unpigmented, pink eyes.

The condition can also cause poor eyesight that could eventually lead to blindness as the calf gets older.

There are many elephants with non-pigmented patches of skin behind their ears but true albinos can often be rejected by their own species due to their unusual appearance.