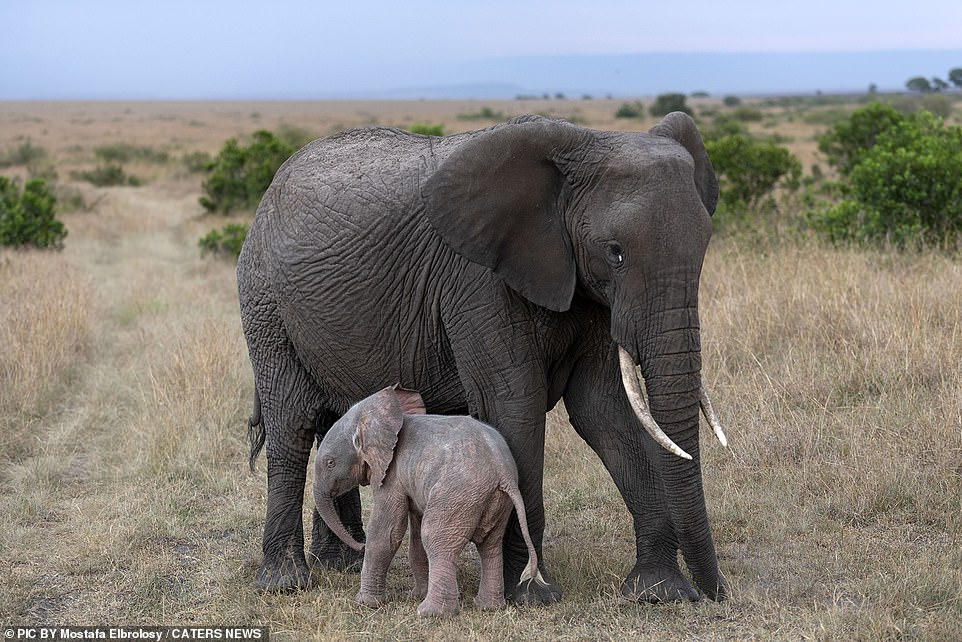 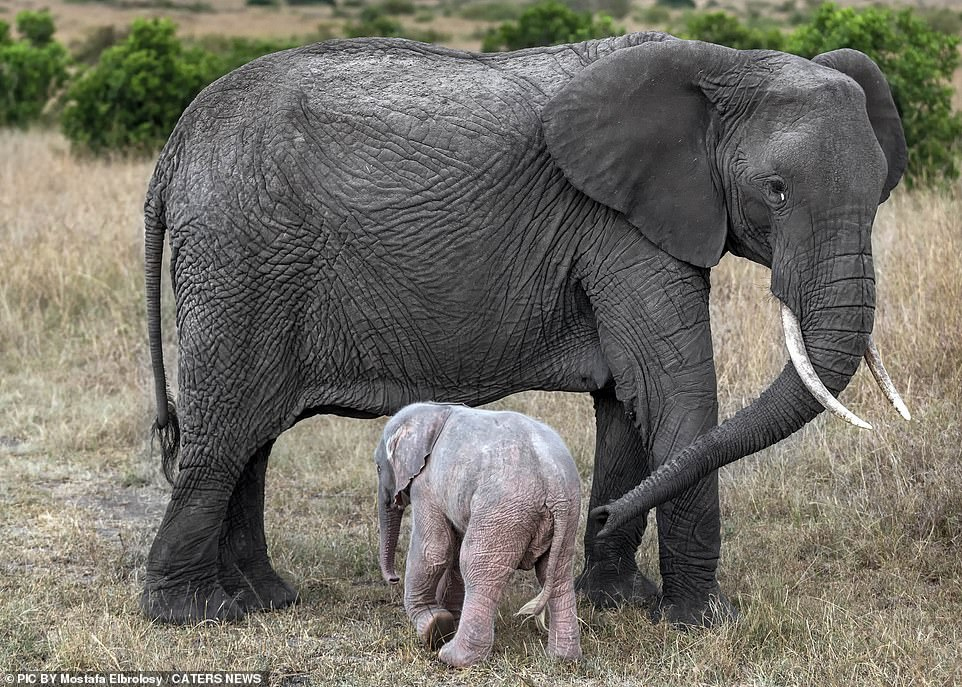 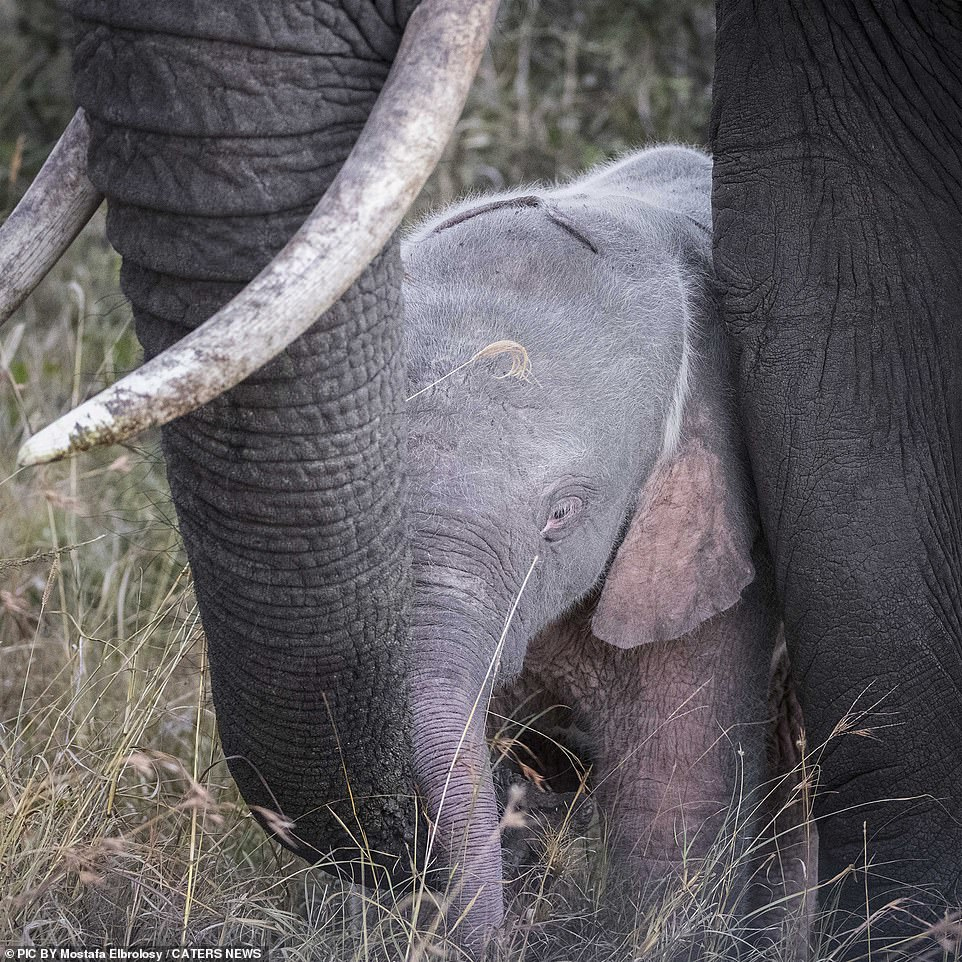 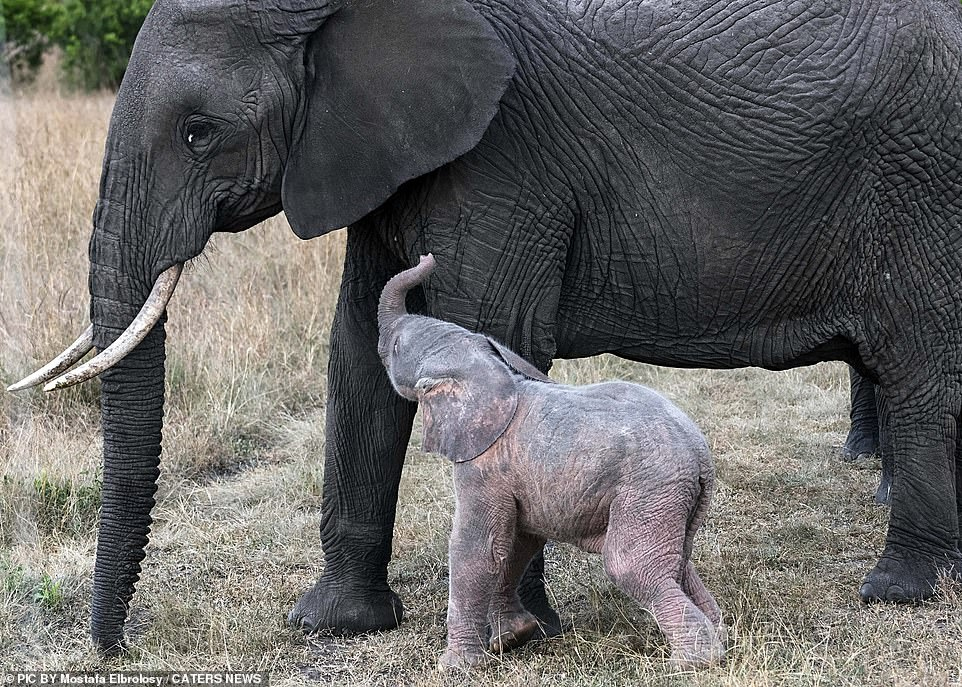 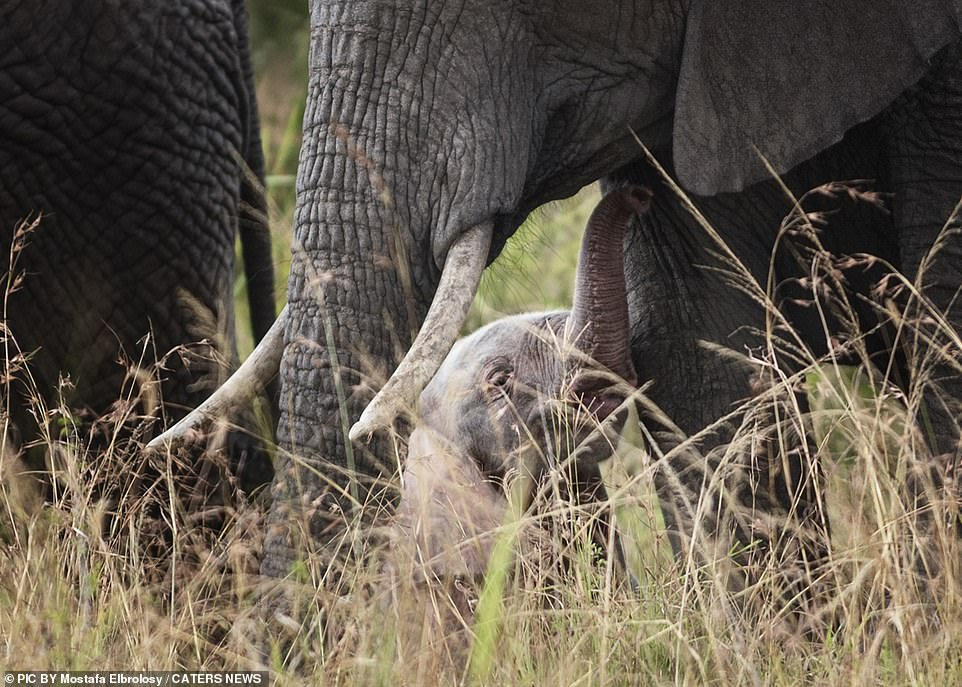 ‘It is very well surrounded and protected by the herd, trying to feed on her mother and walking with her.