At nearly a stone, she is twice the weight of the average newborn girl.

But even more remarkable is that Jasleen’s mother managed to deliver her naturally, without the need for a Caesarean section. 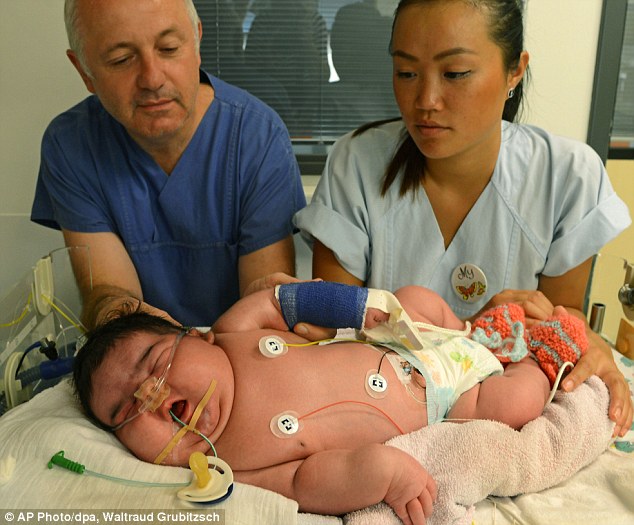 Germany’s heaviest newborn: Jasleen weighed in at 13lb 8oz when she was born in Leipzig last month 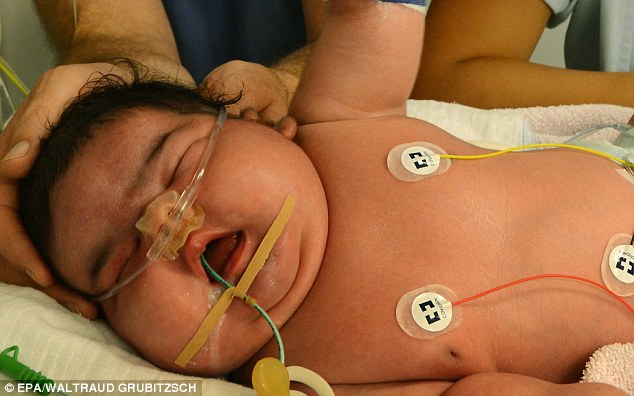 The mother, who gave birth at University Hospital in Leipzig, discovered she had a previously undiagnosed case of gestational diabetes which can lead to a larger than usual birth weight

Argh!! My back’s just gone!!
Her mother Maria, 31, who turned up at the hospital on the day of the birth, said: ‘I was somewhat shocked at her size.

‘My 11-year-old daughter was a third of her weight, my two-year-old son a little under that.

‘My stomach was a lot bigger this time around but I had no idea there was such a giant inside.’

Doctors discovered that the mother was suffering from undiagnosed gestational diabetes which can cause abnormally big babies. 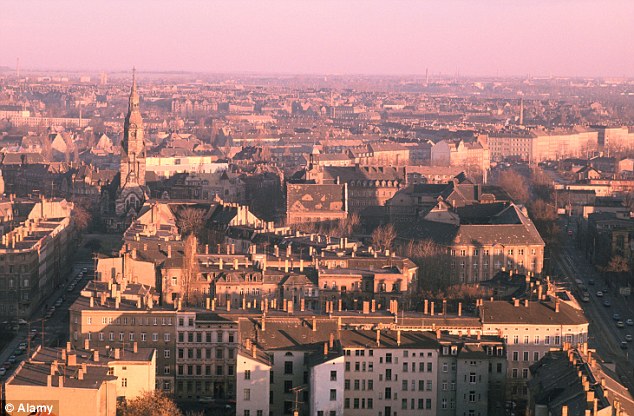 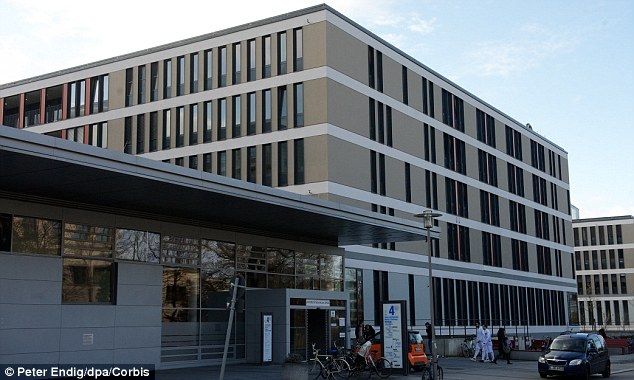 Jasleen was born at University Hospital Leipzig (pictured) on July 26

Jasleen is Germany’s heaviest, beating a 13lb boy called Jihad born in November 2011, but is 10lb lighter than the world record.

She is doing well but remains in neonatal intensive care at Leipzig University Hospital while doctors monitor her.

By ALLAN HALL FOR MAILONLINE and JAYMI MCCANN