These fun-loving elephants look like they’re having a ruddy good time.

Flinging trunk-fulls of red earth over their massive bodies, the huge animals dust themselves down after enjoying a mud bath. 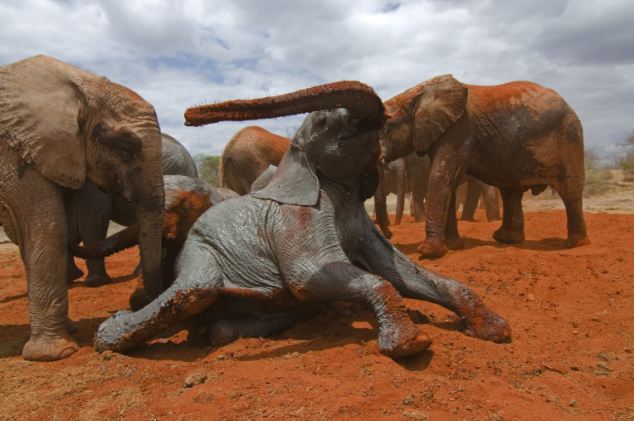 The mud and dust form a thick layer that protects the elephants’ skin from the sun and insects.

Mr. Baines said: ‘Watching them cover themselves in red dust was quite funny, some of them looked very comical – almost like clowns putting on make-up.

‘We had to be careful not to end up getting as covered in dust as the elephants.’

The elephants were part of a herd of orphans being cared for at the David Sheldrick Wildlife Trust at Ithumba.

The trust rehabilitates the elephants, many of which have gone through traumatic events at the hands of humans, before releasing them back into the wild. 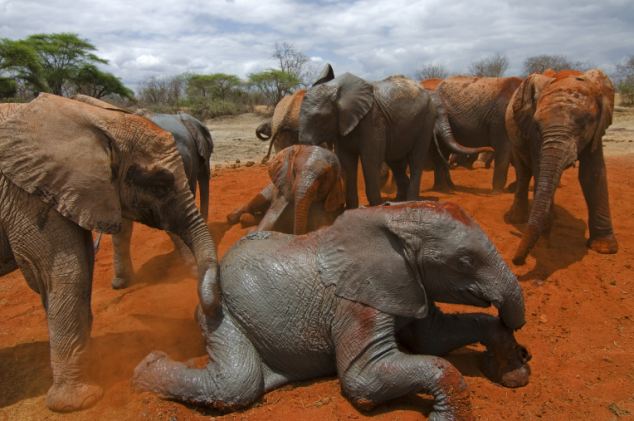 Rusty: The elephants get down and dirty at Tsavo East National Park in Kenya 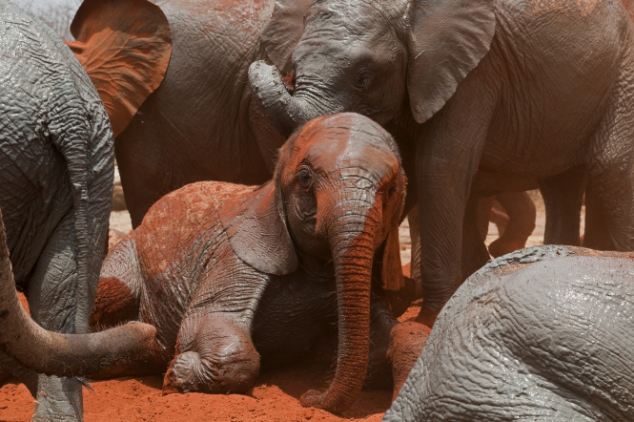 Mud bath: This baby jumbo has taken on the color of the soil in its surroundings 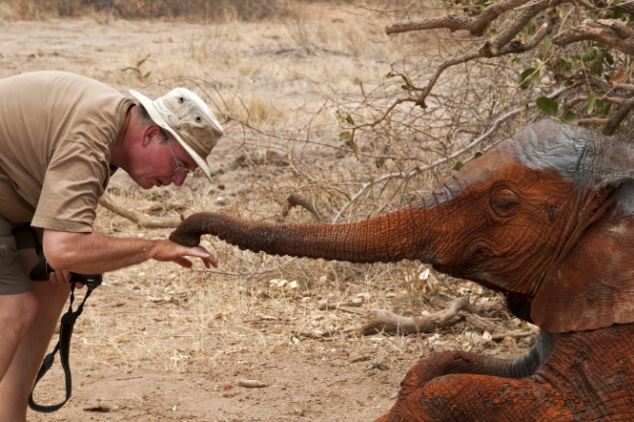 Environmental consultant Mick Baines with the orphans, who flung trunk-fulls of red earth over their massive bodies after enjoying a mud bath

A highlight of the elephants’ day at Ithumba is a visit to the deep mud bath stockades where the young animals can romp around and have fun.

Mr Baines said: ‘The project really works to get these orphans back into their natural habitat.

‘Seeing them so happy was among one of the most amazing wildlife encounters we have had and put huge smiles on our faces. 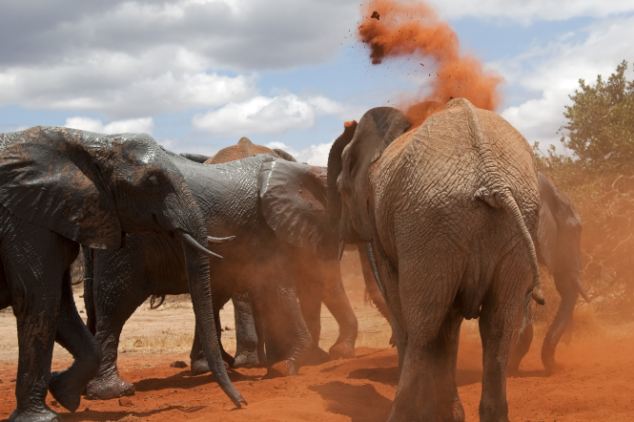 Kicking up a storm: The elephants were part of a herd of orphans being cared for at the David Sheldrick Wildlife Trust at Ithumba 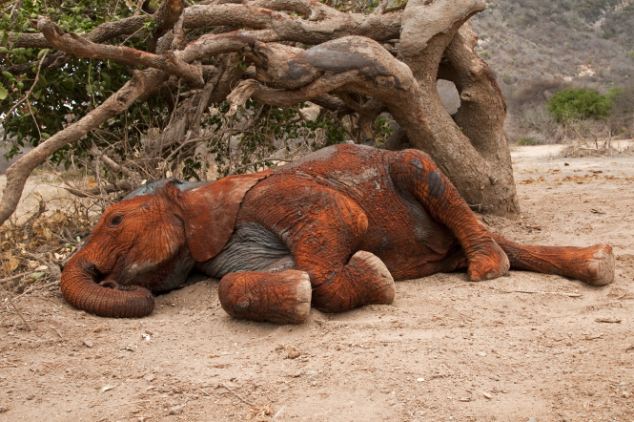 Exhausted: A baby elephant takes a rest after the mud fight 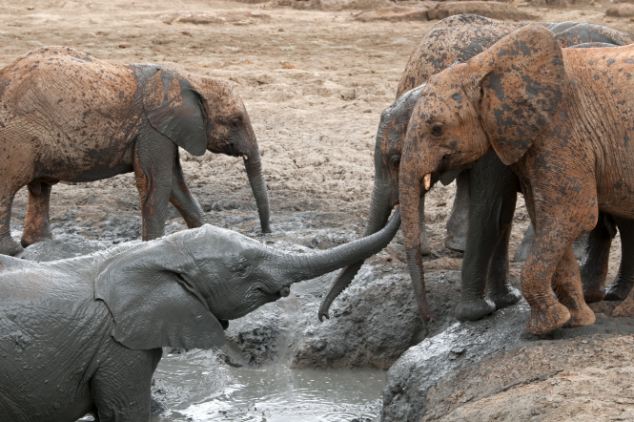 Muddy good time: The beasts wallow in a pool of mud leaving them covered in the grey stuff

‘Elephants regularly dust themselves and so take on the color of the soil in their surroundings.

‘Although they may dust themselves at any time, the effect is most dramatic when they do so after wallowing in mud as the dust cakes their skin in a thick layer.’

Mr. Baines said that the number of elephants being admitted to the trust has increased as demand for ivory from Asia has caused a major upsurge in poaching incidents.

Snares and habitat loss due to the expansion of farming to feed an ever-increasing human population also adds pressure and results in human-elephant conflict situations.

Mr. Baines said: ‘The most surprising aspect of our time with the Ithumba unit was to witness ex-orphans that had successfully made the transition back into the wild, returning to visit the stockades.

‘One of these, Nasalot, a 12-year-old female walked right up to us and enjoyed some physical interaction with us.

‘Other former orphans came too – some even bringing their wild companions to the stockades and the mud bath.’

Heart-Warming Footage Of Baby Elephant Rushing To Save His Human Friend From D.r.o.w.n.i.n.g