They will never see me! A cheeky baby elephant tries to hide behind a power pole after eating sugarcane on a Thailand field.

The baby elephant was found in Ching Mai, in the northern mountainous region of the country. It seemed to believe it could be hidden behind narrow poles when it saw humans approaching, even though it was significantly larger and visible.

When field investigators shone a flashlight on her conspicuous hideout, it also seemed to stand completely still, hoping it wouldn’t be detected.

There are approximately 2000 elephants in Thailand living in the wild and a similar amount in captivity. They roam deep in the jungle and the protected national parks of the country.

However, a conflict arose when they came into contact with people who also used the growing and gathering areas for food. In Thailand, elephants are 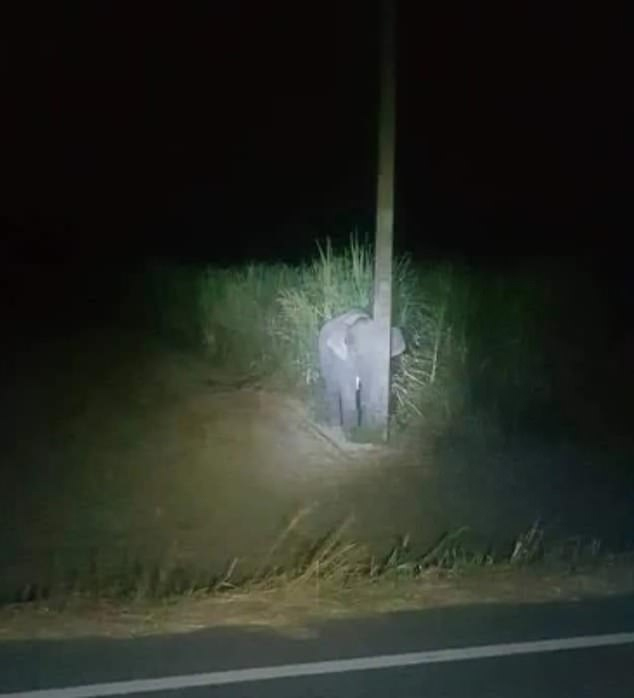 Baby elephant tries to hide behind a power pole after being caught eating sugarcane in Thailand.
They are also the country’s national animal and have contributed to Thai culture for centuries, but became an endangered species in 1986.

The elephant found in Thailand is the Indian elephant, a subspecies of Asian elephants – that can be distinguished from African elephants by the smaller ears.