The brave baby elephant that was rescued after it fell down an uncovered drain in Sri Lanka has died after the vet who was caring for it went on holiday.

The calf, which was dramatically filmed being pulled from the well, sustained a leg injury when it fell and was in a critical condition at a transit home when it died.

The vet who was caring for the little elephant went on holiday on June 17 and officials were left unsure how to care for it when its condition deteriorated, the BBC reports.

The baby died three days later, despite another vet being called out on June 20. 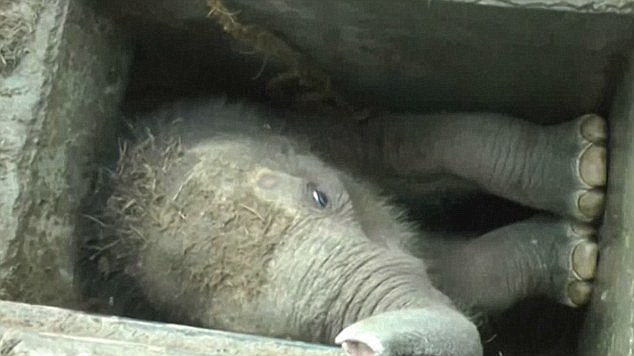 Footage from the animal’s original rescue showed a team in Hambantota standing around the drain trying to figure out what to do after realizing the elephant was trapped.

The baby elephant looked to be in distress as it waited to be saved.

Another elephant – possibly its mother – watched anxiously from a distance as a swarm of rescuers gather around.

A man then began to chip away from the paving around the drain to allow the elephant more space to move.

The elephant was given a check over before being driven to a nearby animal hospital.

Hambantota, in the south of Sri Lanka, is a region where hundreds of wild elephants roam freely. 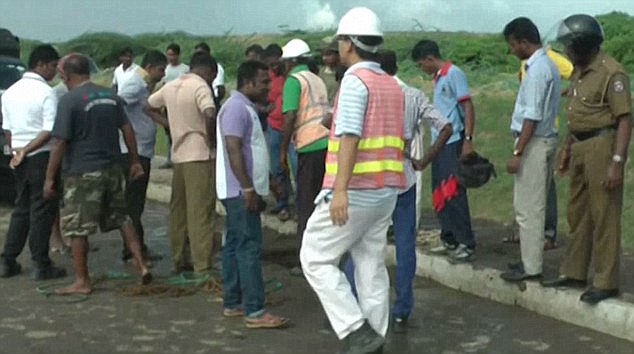 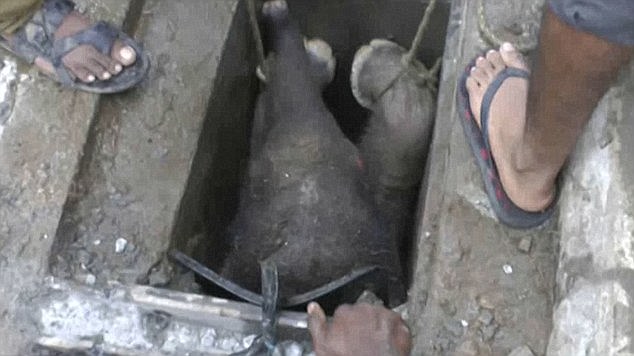 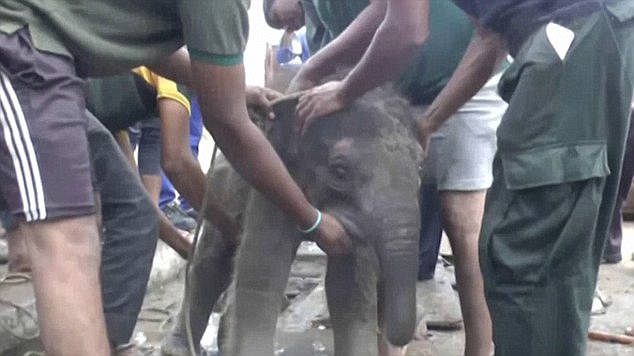 Following the elephant’s rescue, he was checked over and taken to a transit home but his condition deteriorated

S.t.a.r.v.i.n.g lioness loses b.a.t.t.l.e with elephant calf that uses its greater weight to f.i.g.h.t off its a.t.t.a.c.k.e.r… before the predator is found d.e.a.d the next day

Can We Bring Back Mammoths From Extinction?