She’s not royalty, but the newest baby at Tampa’s Lowry Park Zoo is sure to capture a “ton” of attention. Just seven months after the Zoo welcomed a new baby African Elephant, another was born – this one on July 29 to first-time mother Matejka. The other Mom, Mbali, and her 7-month-old daughter, Mpumi, were at Matjeka’s side during her brief labor.

This calf is the second born at the Zoo from a herd of 11 elephants rescued from culling in Swaziland, Africa, and brought to the U.S. a decade ago. As with the female calf born last December, this newborn, sired by Sdudla, is significant to the population because the calf introduces new DNA into the gene pool of elephants managed in North America, which averages just three or four births each year. She is the first African Elephant calf born in 2013 in the population managed by AZA-accredited zoos and wildlife centers in North America, the second born in Tampa from the Swaziland herd, and the third born in the Zoo’s 25-year history. 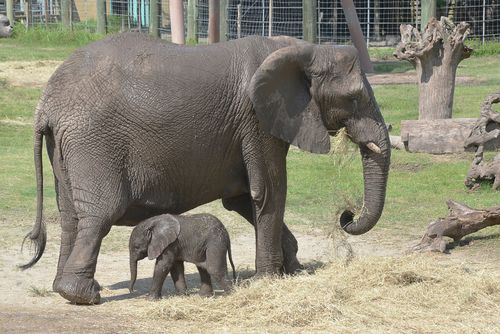 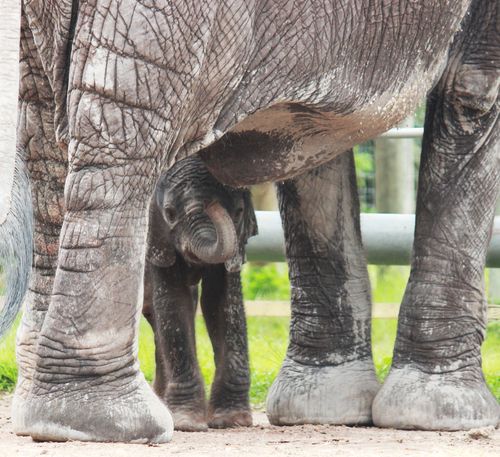 The new baby got to meet little Mpumi (see above) behind the scenes, who has become a fast friend. For now, Matjeka and her calf will remain off exhibit for further bonding like this and introductions to the rest of the females in the herd before returning to the outdoor yard in full view of Zoo guests.

Read more on this important conservation story, and see more pictures, after the fold: 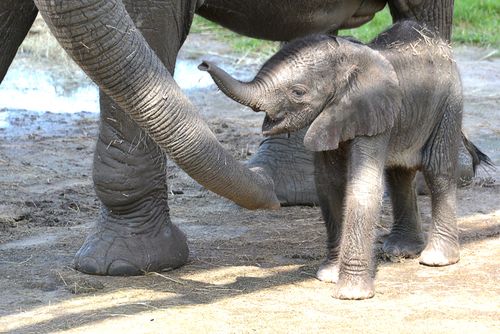 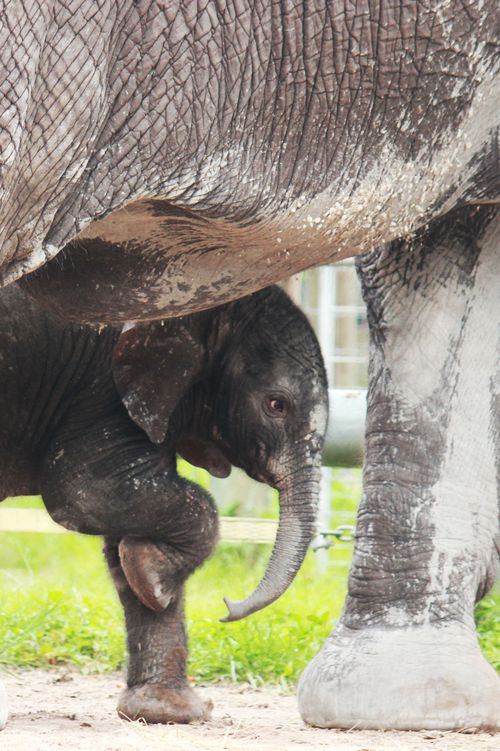 Tampa’s zoo is among a group of 41 wildlife institutions accredited by Association of Zoos and Aquariums (AZA) that manage African Elephants. The African Elephant Species Survival Plan (SSP) program is designed to maintain a healthy, self-sustaining population that is genetically diverse and demographically stable.

“Tampa’s Lowry Park Zoo is an important part of the AZA African Elephant SSP, a breeding and conservation program focused on sustaining elephants in North America and in range countries,” said AZA President and CEO Jim Maddy. “Elephants in North American zoos help generate millions for field conservation programs at a time when elephants in Africa are under intense pressure from illegal ivory poaching, habitat loss and human encroachment. Elephants in human care also contribute to research in health, welfare, reproduction, and behavior which directly benefit their wild counterparts. Elephants are relying on us to ensure their future.”

In 2003, Tampa’s Lowry Park Zoo, together with San Diego ZooGlobal, airlifted 11 elephants from Swaziland, Africa, where they were scheduled to be culled (killed) due to park overpopulation. Four of those elephants arrived at Tampa’s Lowry Park Zoo and seven went to San Diego. Although three of the original four currently reside in Tampa, the fourth, a bull named Msholo, relocated to San Diego Zoo Global on breeding loan in 2009.

“This month marks 10 years since the importation of 11 elephants from the Kingdom of Swaziland,” noted Dr. Larry Killmar, VP of animal science and conservation at the Zoo.” The newest birth is a significant accomplishment one of our core objectives of that importation, which was to have all of the females successfully reproduce and contribute to the sustainability of the North American managed population.” 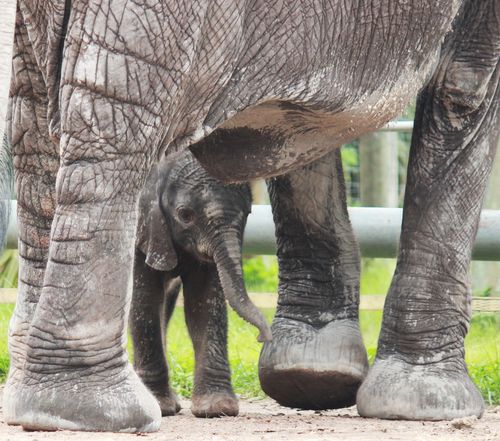 “Thanks to ongoing support from the Tampa Bay community, we have the animal care professionals, space, and facilities to do our part for elephant species survival,” said Craig Pugh, executive director and CEO of Tampa’s Lowry Park Zoo. “Guests at the Zoo can be up close to elephant families seen less often in Africa. Successful elephant families are the building blocks for species survival.” 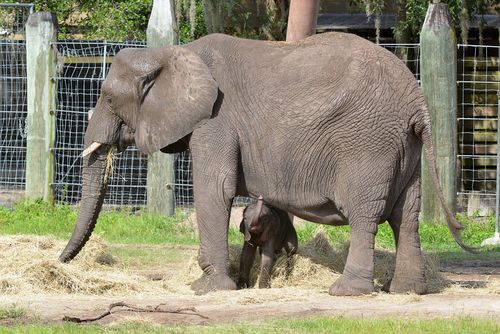 Although the international ivory trade has been banned since 1989, poaching elephants throughout Africa is at unprecedented levels and most large herds are trending toward extinction by 2020. Tampa’s Lowry Park Zoo has supported acquiring additional land to increase protected areas for elephants in Africa, anti-poaching programs, and public education in Swaziland. Results to date include expansion of the Mkhaya Game Reserve by 10 percent, to promote the survival of elephants and thousands of other animals protected there. 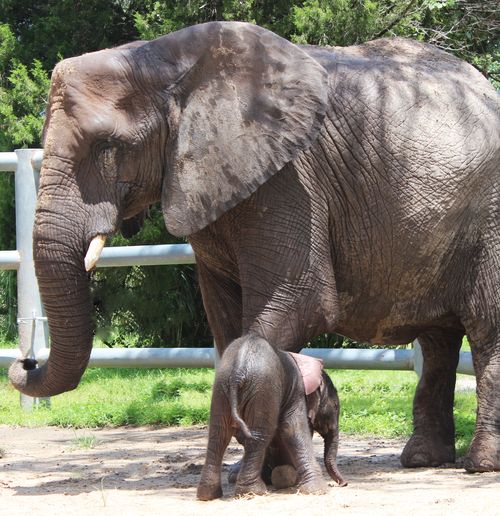 Orphaned Baby Elephant Learns How To Hold Milk Bottle With His Trunk, And It’s Adorable

She’s no Dumbo! Faa Sai the rescue elephant loves playing in the sprinkler at her rescue centre so much she deliberately BREAKS it every day so it doesn’t switch off