A baby elephant accidentally stra.ng.led himself after getting tangled up in his favorite toy, it emerged today.

Zookeepers said CCTV footage showed 11-month-old Sanook, one of Melbourne Zoo’s most popular attractions, getting stuck in a large tire swing while playing in his enclosure.

Zoo director Kevin Tanner said the calf ‘managed to maneuver it in an unusual way that caused his head to become caught’ at around 7 pm AEDT last night. 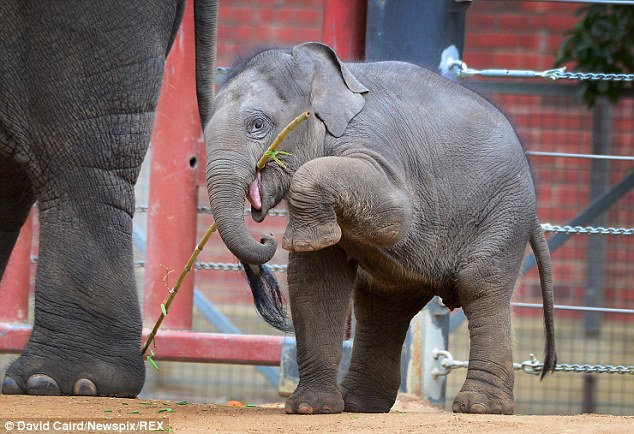 Tragedy: Sanook the 11-month-old baby Asian elephant (pictured when he was three months old) has d.i.e.d after choking to d.e.a.t.h while playing with his favorite toy in his enclosure at Melbourne Zoo 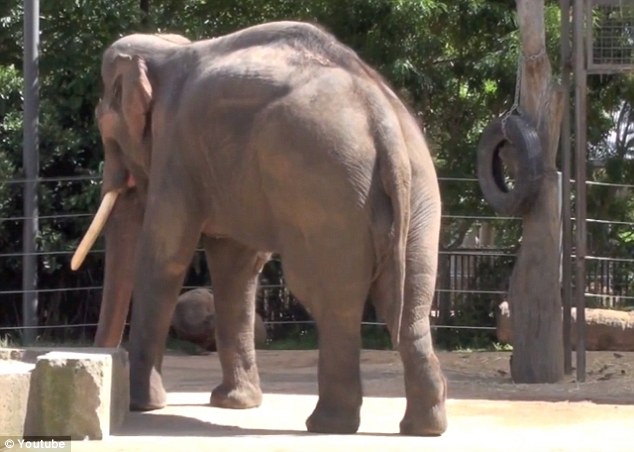 ‘Approved form of enrichment’: Another elephant walks by a tire swing in the enclosure, although it is not known if it is the same toy that k.il.led Sanook

He said: ‘This placed pressure on his neck and would have prevented him from breathing.’

Preliminary post-mortem results had confirmed the cause of de.a.th, he added.

The CCTV footage has not been released by the zoo.

News of the Asian elephant calf’s de.a.th has prompted an outpouring of emotion from visitors and the wider Melbourne community. 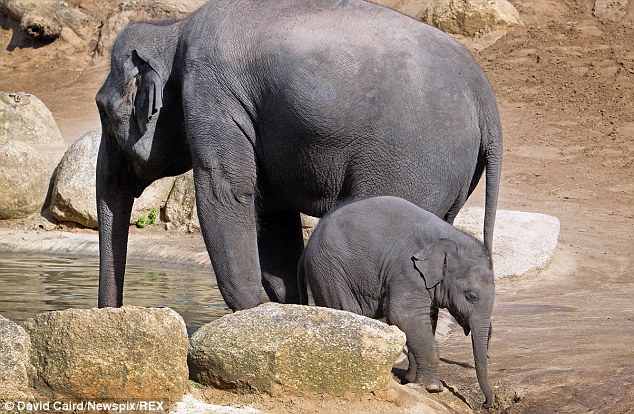 Shock: Sanook (pictured with his mother Num-Oi) had been ‘playing energetically’ with no sign of illness when his keepers saw him last night 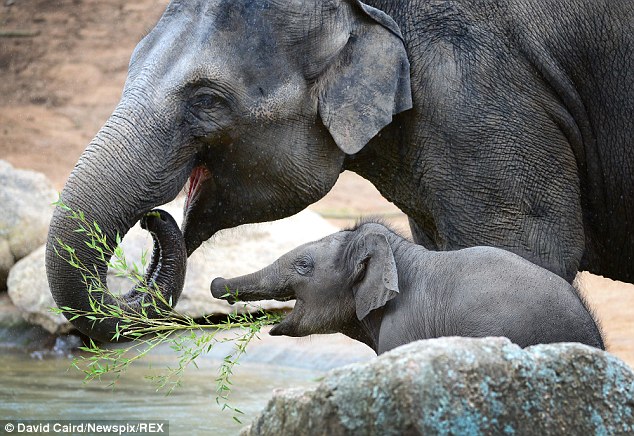 A mother in grief: Sanook was the first child for Num-Oi, who arrived in Melbourne from Thailand in 2006

Mr. Tanner told The Herald Sun that it has also been an ’emotional roller coaster’ for his staff who were expecting the birth of another baby elephant very soon.

He said his keepers were shocked to find Sanook de.ad this morning as he had been ‘playing energetically’ and suckling from mother Num-Oi with ‘no indication of any illness’ the previous evening, it was reported by Ninemsn.

The tire swing was one of Sanook’s favorite toys and was also popular with his siblings Mali and Regard.

News of the Asian elephant calf’s de.at.h has prompted an outpouring of emotion from visitors and the wider Melbourne community

They are commonly used by zoos around the world ‘as an approved form of enrichment for elephants’, the zoo said.

Num-Oi has been acting differently since her baby d.i.e.d, Mr. Tanner said.

Sanook, which means fun-loving and cheerful, was named in a competition held by the Herald Sun earlier this year.

She was the first child for Num-Oi, who arrived from Thailand in 2006.

Elephant Mom Will F.i.g.h.t Anyone Trying To Get Close To Her Baby