From big cats to charismatic penguins, majestic elephants, and speedy cheetahs, South Africa is home to a diverse range of wildlife. Here are 12 awesome animals you have to see on your South African vacation.

The Big Five are the most famous animals in South Africa and some of the most dangerous. The term was coined by big-game hunters in the 1970s to refer to the five most difficult animals to hunt on foot in Africa.

These gentle giants are the largest living land mammals on earth. Impressive in size and stature, they grow up to eleven feet tall and weigh between 3.5 and 6.5 tons. Their muscular trunks are used for a variety of functions such as gathering food, drinking and splashing themselves with water, and even pulling down trees to get to the juicy, hidden roots.

Where to see them: Kruger National Park, Knysna Elephant Park (where you can take pictures with them), Addo Elephant Park 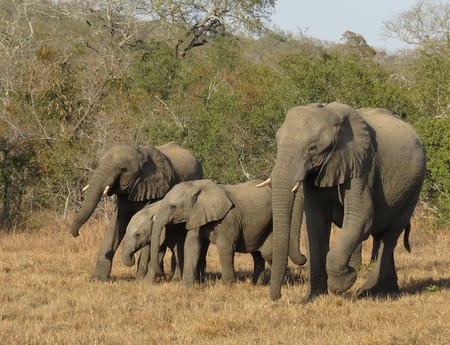 These cuddly-looking cats are the second largest members of the feline family. They live in savannahs, grasslands, and woodlands across Africa and are one of the continent’s apex predators. Lions are the only big cats that live together in groups called pride, consisting of between 15 and 30 members. Females hunt for food while males protect their pride from predators and lone males. 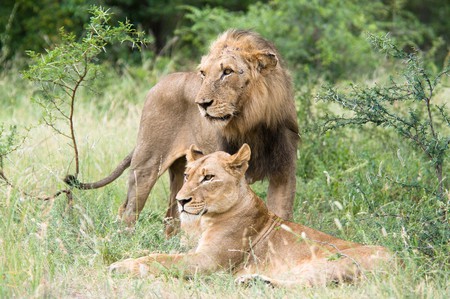 These beautiful creatures are the most elusive of all the big cats in Africa. They range in size from one to two meters long and are covered in clustered spots called rosettes. Leopards are a lot smaller than lions but are capable of killing prey far larger than themselves. They are solitary animals that hunt at night, choosing to rest in the shady boughs of trees to escape the heat of the day. 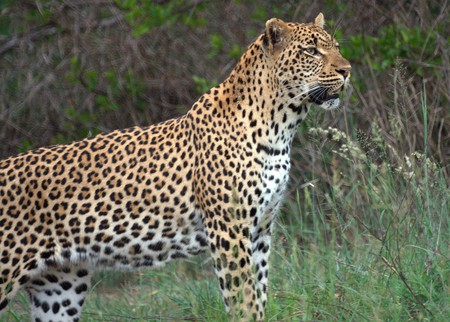 The rhinoceros is a large, stocky animal with short legs and two horns on its muzzle, the longer of which sits at the front of its nose. There are two species of rhinoceros in Africa: the white rhino and the black rhino. White rhinos are the second-largest land mammal after the elephant, growing up to 1.8 meters and weighing over two tons; black rhinos are smaller than their relatives, weighing in at 1.4 tons. Black rhinos are distinguishable by their short necks and hooked lips, while their cousins have longer necks and square upper lips, which is related to their eating habits. 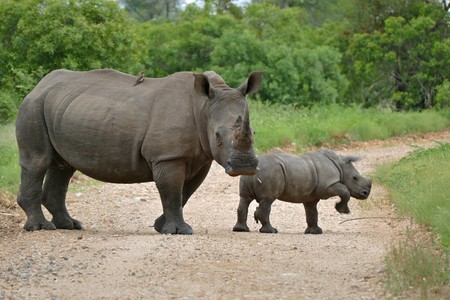 The Cape Buffalo (or African Buffalo) is a large, ox-like animal found in dense forests and open plains, usually close to water. Their heavy, curved horns are used as weapons against predators or to fight for dominance in herds. They usually live in large herds of up to several thousand buffalo. Their unpredictable behavior makes them one of the most feared animals in Africa. 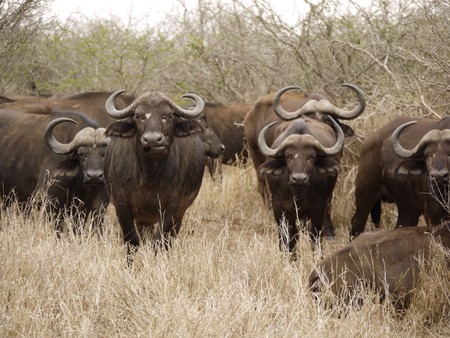 These awesome spotted cats are the fastest land animals on earth. Built for speed, they can accelerate up to 70 miles per hour in just seconds. Their name is derived from the Hindi word cītā, or the Sanskrit word citrakā, meaning ‘painted’ or ‘spotted’. Cheetahs are distinguishable from leopards by their solid spots and black ‘tears’ running from their eyes to their mouths. 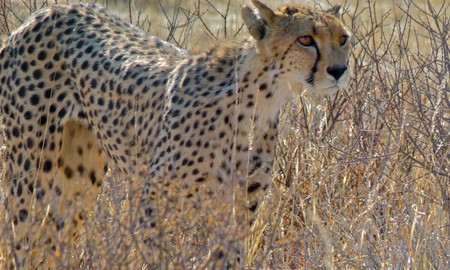 Giraffes were revered by ancient cultures in Africa and were commonly depicted in prehistoric rock and cave paintings. Fully grown giraffes stand at 18 feet, with males being taller than females. 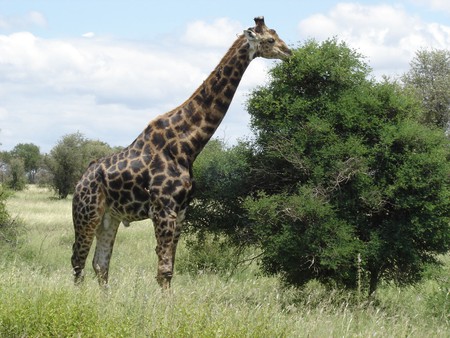 The hippopotamus is the third largest living land animal, weighing up to 3.5 tons. In Ancient Egypt, the female hippo was revered as the goddess of childbirth and fertility. They are dangerous amphibious mammals, spending most of their time wallowing in riverbeds.

Where to see them: iSimangaliso Wetland Park, various game reserves 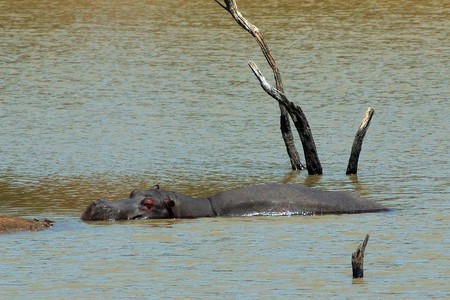 This cute little animal with large, pointed ears is a Cape Grysbok — a small antelope endemic to the Western Cape. They are very shy animals and stay hidden in the shade for most of the day. Males have short, sharp horns on their foreheads. 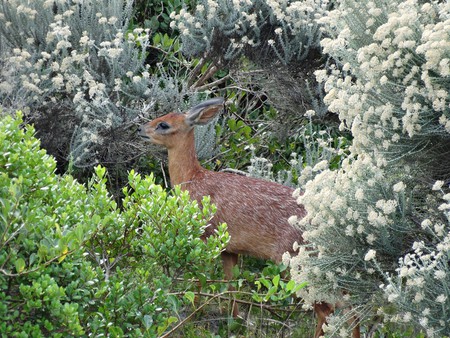 Every year from July to December, southern right whales frolic along the South African coastline to mate and calve in the warmer waters, a welcome reprieve from their icy Antarctic habitat. They usually come very close to shore, delighting onlookers with their playful antics.

Where to see them: False Bay, Hermanus, and many towns along the Garden Route 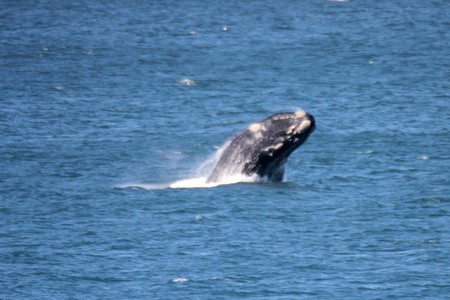 Endemic to southern Africa, African penguins breed in two mainland colonies in the Western Cape and the Eastern Cape. They may appear awkward on land but are agile swimmers underwater and lethal hunters.

Where to see them: Boulder’s Beach, Cape Town and Stony Point, Betty’s Bay 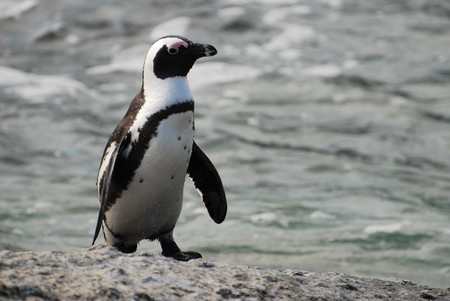 These magnificent predators of the sea are some of the most misunderstood animals in the world. Humans do not form part of their diet as is commonly believed; instead, they feed primarily on seals, sea lions,s and fish.

Where to see them: Shark cage diving in Gansbaai, the shark capital’ of South Africa 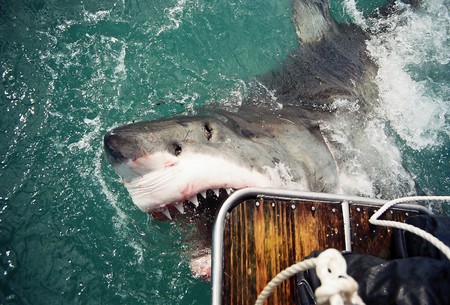 Mother Lion R.i.s.k.s Her Life To Save Her Baby In A Dramatic Rescue