These pictures show Oklahoma City Zoo’s as yet unnamed infant elephant getting her first wash since she was born just over three weeks ago.

It proved a rather more joyous occasion than attempting to wash a limp, helpless, screaming human baby. As Tara Henson, with the Oklahoma City Zoo, told KFOR.com: ‘If I could start my morning out every morning just watching a baby elephant getting a bath or just romping around I would do it.

‘If you aren’t smiling when you see that baby elephant then I don’t know you’re just not human.’ 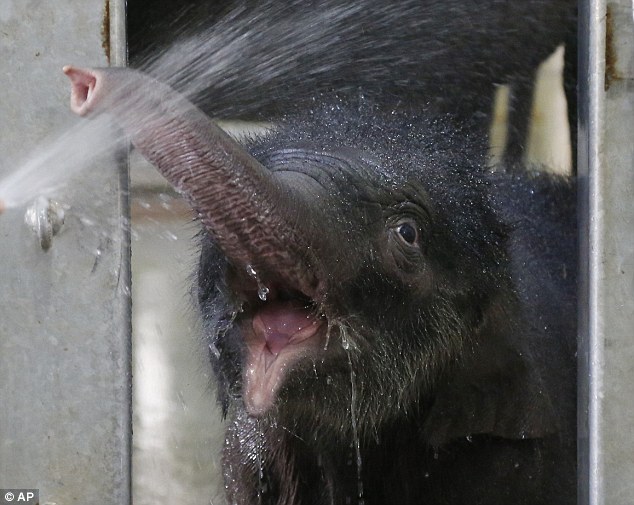 Bathtime fun: A yet to be named baby Asian elephant sticks her trunk out of her enclosure during her first shower at the Oklahoma City Zoo. She was born just over three weeks ago, weighing a whopping 332lbs 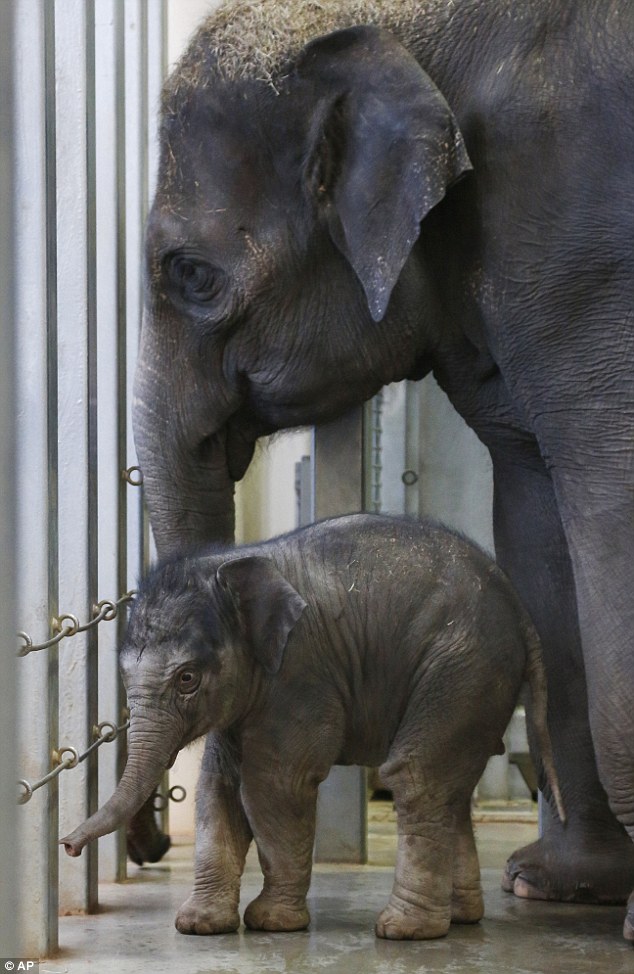 It’s all relative: Despite her being born weighing more than most fully grown men, Oklahoma City Zoo’s elephant calf is dwarfed by her mother Asha, who also has another daughter at the zoo called Malee

The unnamed calf was born at Oklahoma City Zoo on December 22 at 1.35 pm, weighing 332lbs.

Her mother Asha and her father Rex already has another daughter, called Malee, who has reportedly already taken her baby sister under her trunk.

Laura Bottaro, the zoo’s animal curator, said: ‘The baby is doing great she really enjoys being with her sister. Malee is over the moon with her.’

With an estimated 30,000 Asian elephants left in the wild, where they range from across South East Asia from India to Borneo, the species is officially classified as endangered.

The population has fallen by half in just three generations. 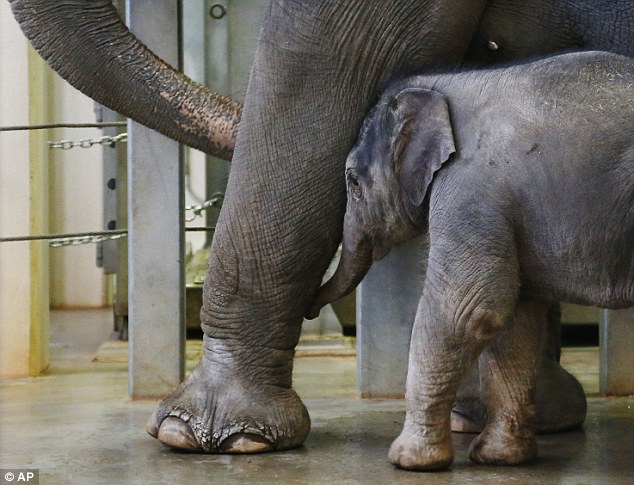 Bashful: The baby hides beneath her mother’s legs. The zoo is holding a public vote to choose her name

Oklahoma City Zoo is holding a public vote to name what they describe as their ‘new pachyderm princess’. Keepers have narrowed the selection down to four choices: