Austria might not have the name recognition of some other countries, but there are plenty of reasons to visit this European country.

One of Europe’s hidden gems, Austria has quite a few claims to fame. Although the central European nation has been responsible for producing some of the best musical talents the world has ever seen (and also Arnold Schwarzenegger), many travelers still don’t think to add it to their itineraries. But the ones who do tend to return over and over again because Austria has so much to offer.

From heavenly scenery to impressive architecture and an enthralling culture, Austria has it all. And the best part is, despite all that, it’s still one of Europe’s best-kept secrets. Check out these 10 reasons why people love traveling to Austria.

10. It Hasn’t Been Overrun By Tourists 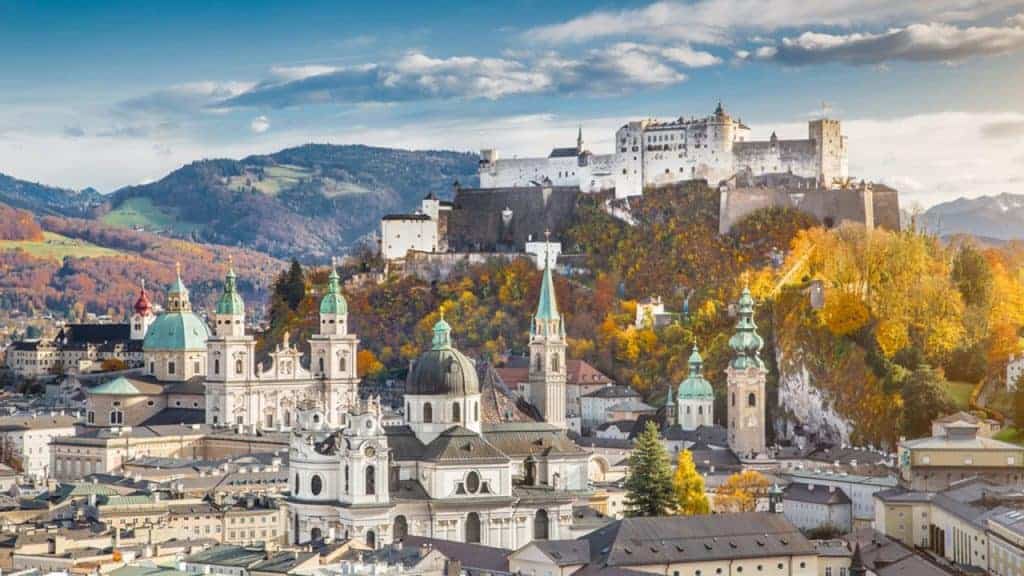 Some of the most beautiful destinations in Europe have been overrun by tourists. When a city or country is immensely popular, the local culture tends to suffer as food and other experiences begin to cater to the tourists. What’s more, they become so crowded that it’s no longer enjoyable to visit them.

That hasn’t happened with Austria. People love it because it’s still as authentic as ever. Slightly off the beaten track, Austria is a hidden gem that many tourists miss out on. As a result, you won’t have to battle huge crowds when you do come. 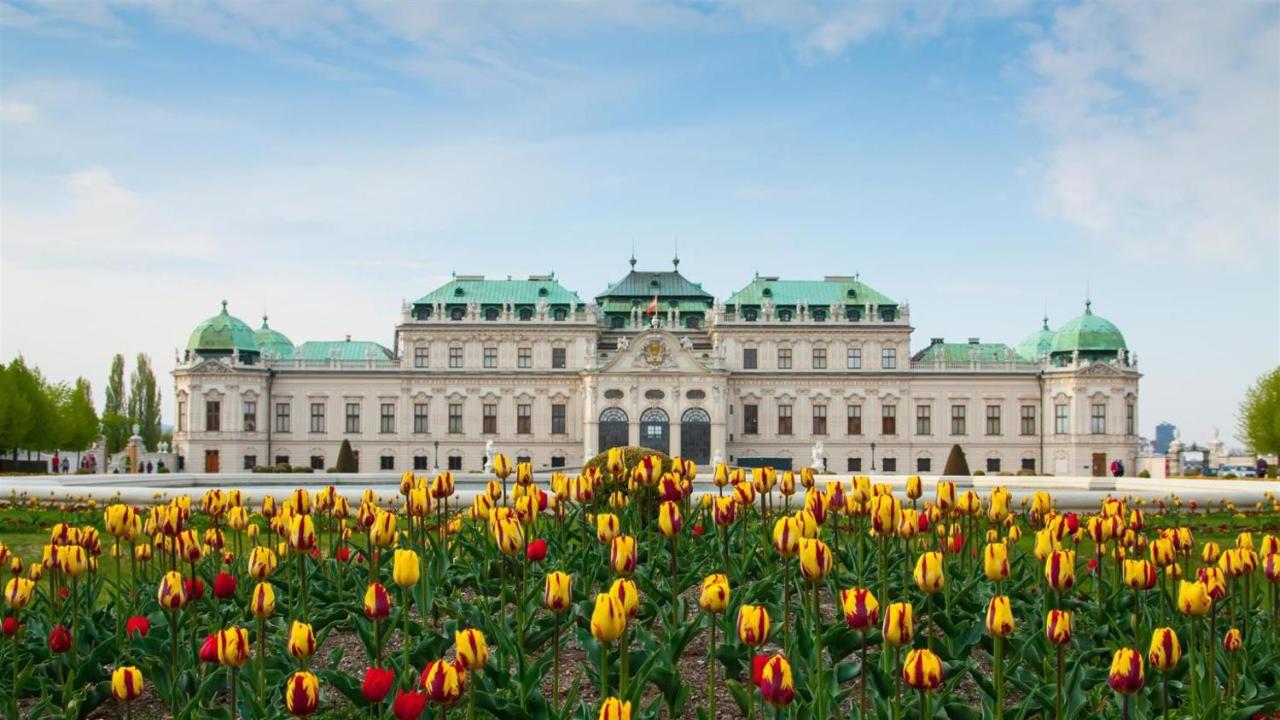 The country itself is quite small, so the distances between different locations are manageable. Throughout Austria, the cities are connected by rail routes and roads so it’s super easy to get around, no matter where you want to go.

8. It’s The Best Place To Get Cultured If you want to experience classical art and music, Austria is an ideal destination. Historically, Austria has gifted the world such talents as Mozart, Franz Liszt, Johann Strauss II, and Joseph Haydn. It was also where some of the biggest names in classical music came to play, including Beethoven. The concert tradition is still prevalent in cities like Vienna, where you can tour a collection of concert halls.

Vienna also hosts several free concerts across the city, and some of the paid concerts are totally affordable. If you’re happy to stand, you might even be looking at something like five euros to watch a live classical performance.

7. There’s A Lot Of Royal History To Explore

Austria has experienced a fascinating and at times turbulent history. There are infinite museums to see, no matter what part of the country’s history you’re interested in exploring. If you want to know more about the royal history of Austria, you need only visit the collection of palaces lining the major cities.

Among these is the Hofburg, which is an entire complex with a museum and two palaces included and Schönbrunn Palace. Although Marie Antoinette was one of the most famous figures of the French monarchy, she was actually born in Austria as an Archduchess at the Hofburg.

6. The Beer Halls Are Lots Of Fun 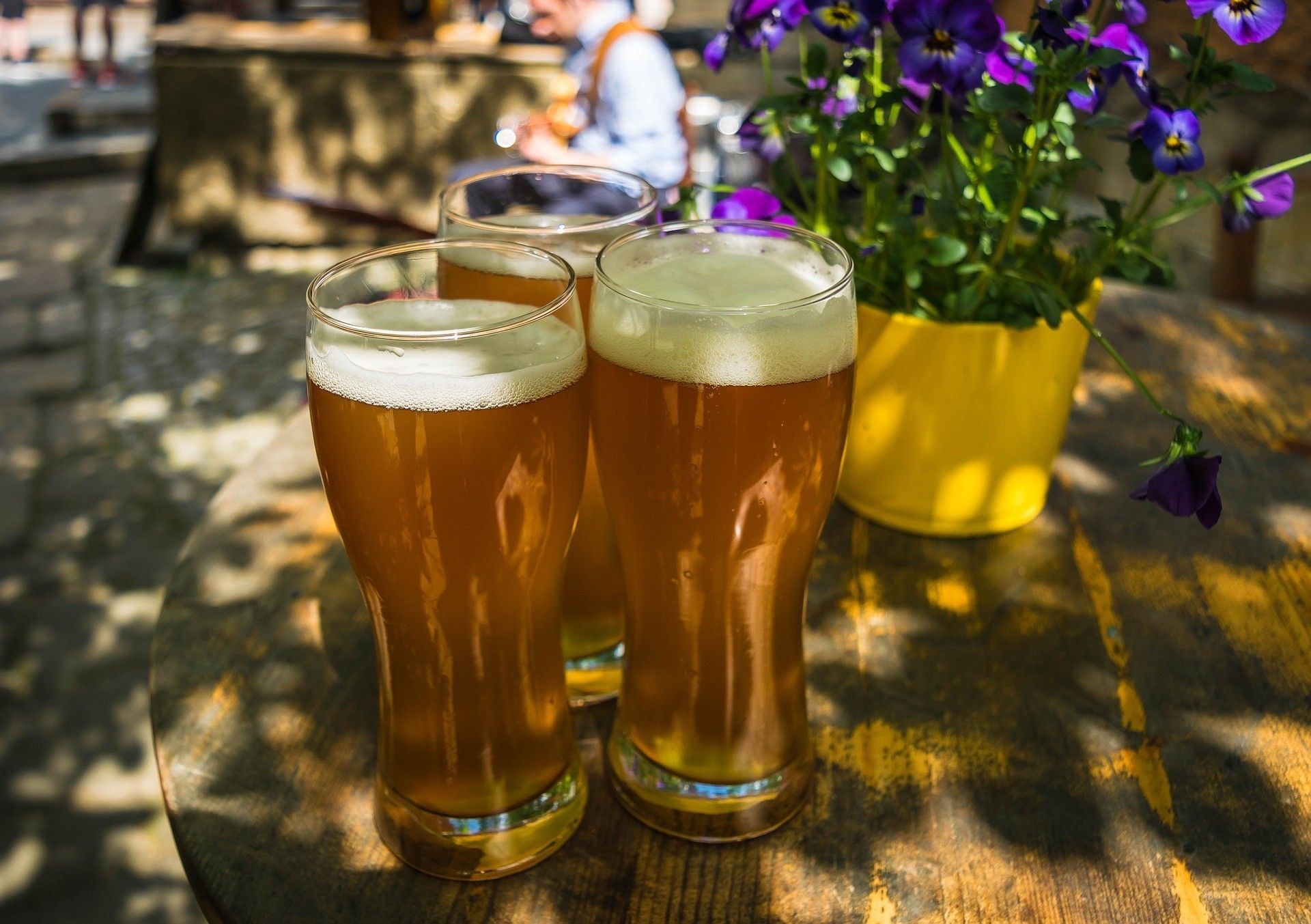 One of the reasons why people can’t get enough of Austria is because the beer hall culture is seriously addictive. It’s not so much the food that draws you in but the whole experience of eating and drinking in a beer hall. According to Less Traveled Road, a beer hall involved sitting down at long tables full of strangers and making new friends while you eat and drink local fare.

Another reason why travelers love visiting Austria is that the cities and towns are lined with stunning architecture. It’s definitely not a matter of “if you’ve seen one palace then you’ve seen them all.” Somehow, each architectural marvel gets more impressive the more of them you see.

While the big landmarks are wondrous, even the architecture on more mundane buildings, such as apartments and shops, is pretty. Often, while walking through the cities and towns, you’ll feel like you’ve landed on another (very beautiful) planet.

4. The Scenery Is Breathtaking

The manmade palaces and buildings throughout Austria are gorgeous, but they don’t hold a candle to the natural scenery that you’ll find in the countryside. Words can’t describe how magical the lakes look against the backdrop of snow-topped mountains in the distance.

One of the prettiest areas to visit while in Austria is Salzkammergut. Located nearby the city of Salzburg, the region is home to sprawling crystal-blue lakes and Alpine ranges. There are also salt mines and caves to explore. It’s definitely a region that’s not to be missed!

3. The Landmarks Are Unforgettable 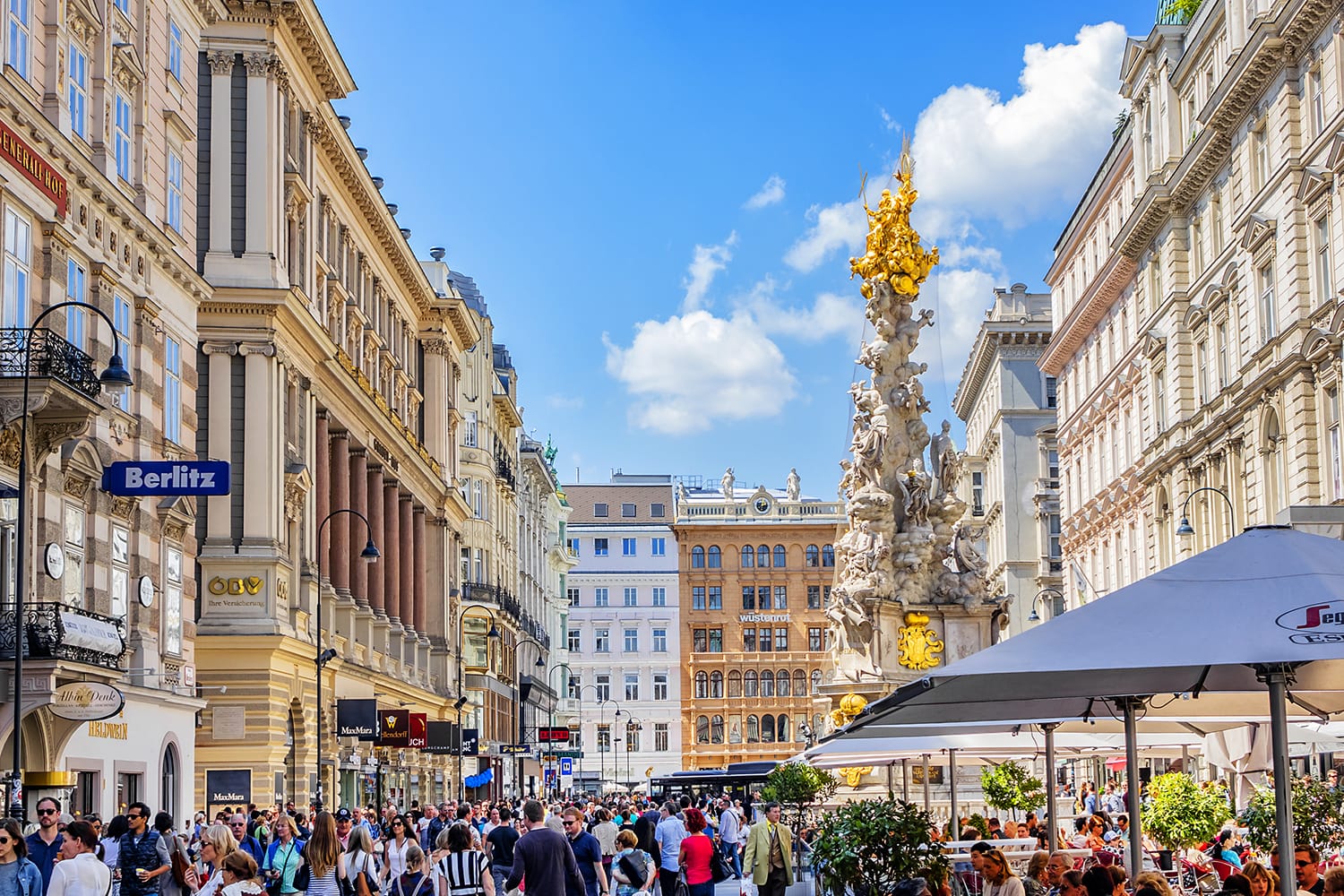 If you like to go sightseeing, then Austria is the dream destination for you. There are endless sights to see, ranging from the very famous to the hidden gems that only locals will tell you about. The country is brimming with important landmarks that are worth adding to your bucket list. This goes for both natural and manmade landmarks.

As far as mountains go, you’ll definitely want to see the Grossglockner, which is the highest in the country. Thanks to the High Alpine Road leading up to the mountain, you don’t have to be a hiker to experience the beauty. 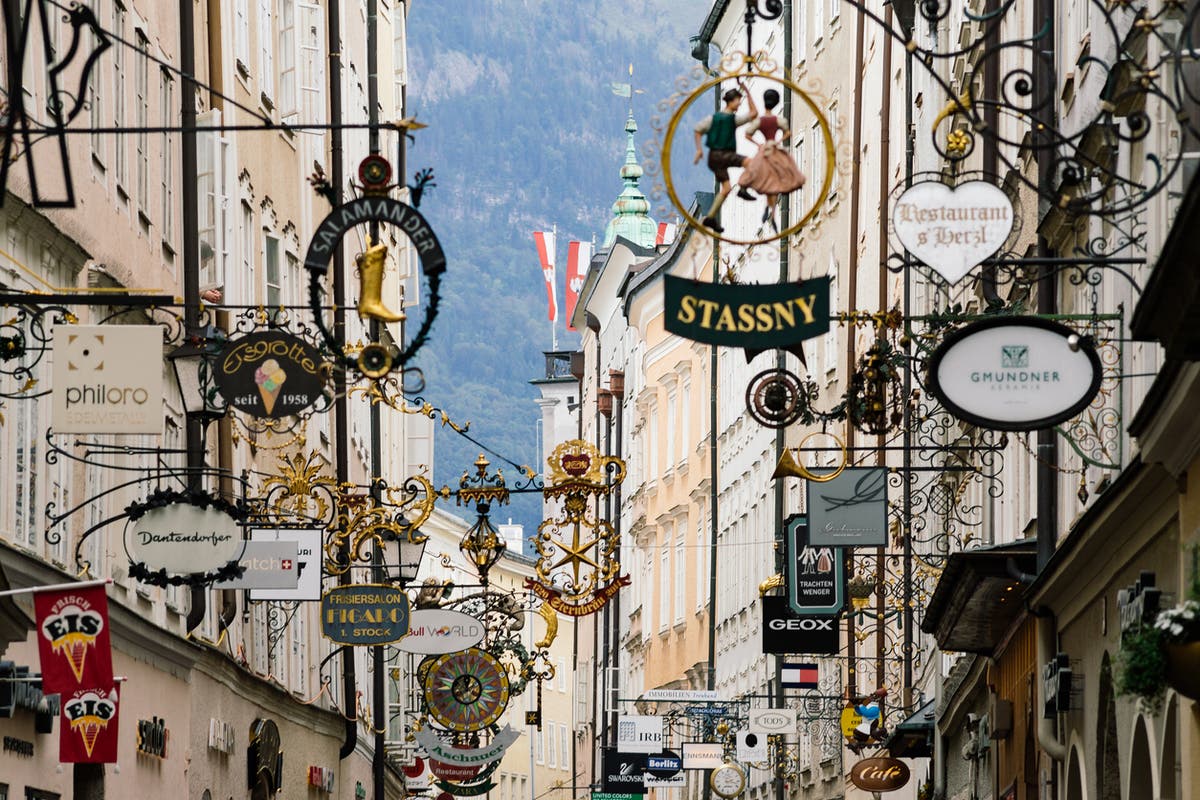 Some of the most popular travel destinations in the world can sometimes suffer from a lack of cleanliness. As they become busier, the mess can get out of control. Thankfully, this hasn’t happened to Austria, which is one of the cleanest countries you’ll ever visit. Stroll through the cities and you’ll hardly see any litter at all on the ground.

This also means that if you get caught littering, you’ll probably be in trouble. At the very least, you’ll be reprimanded by a local. Friendly as they are, the Austrians are known for speaking up when they need to!

1. It’s Great To Visit, No Matter The Weather 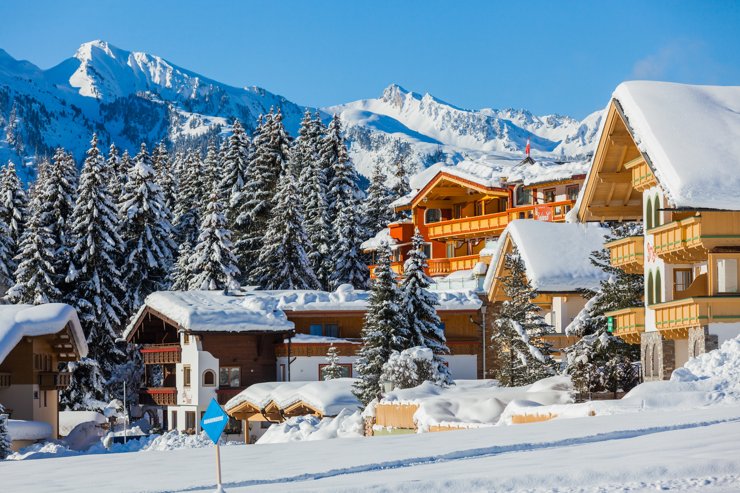 A major reason why travelers return to Austria is that it’s a perfect destination no matter the season. Obviously, you’ll get quite a different vacation depending on whether you travel in the summer or winter, but both can be fantastic.

Austria is an ideal destination for the ultimate ski trip and has great facilities for many other winter activities. But it’s also great in the summertime, as the many lakes look even more beautiful as they reflect the sun. You might even get warm enough weather to spend time along the dreamy shores of the country’s most popular lakes.

These are Austria’s most attractive towns (not to be missed)