During the colonization of Australia, many animal species were introduced to the country for numerous reasons, and many have since begun damaging the environment and economy. From the largest population of wild camels in the world to domestic pets gone wild, we’ve discovered Australia’s most invasive species.

Introduced to Australia in 1788 aboard the First Fleet from Europe, horses were transported across for farm and utility work by the settlers. The long sea journey to Australia saw the loss of many horses, meaning those that made it to Australia were healthy and strong, which consequently helped them to flourish. Since the 1800s the bush name ‘Brumby’ or ‘Brumbies’ was used to name these ‘wild’ horses and has since become the known name of free-roaming feral horses. Today they are mostly found in Queensland and the Northern Territory, damaging vegetation and causing erosion as they graze for food. 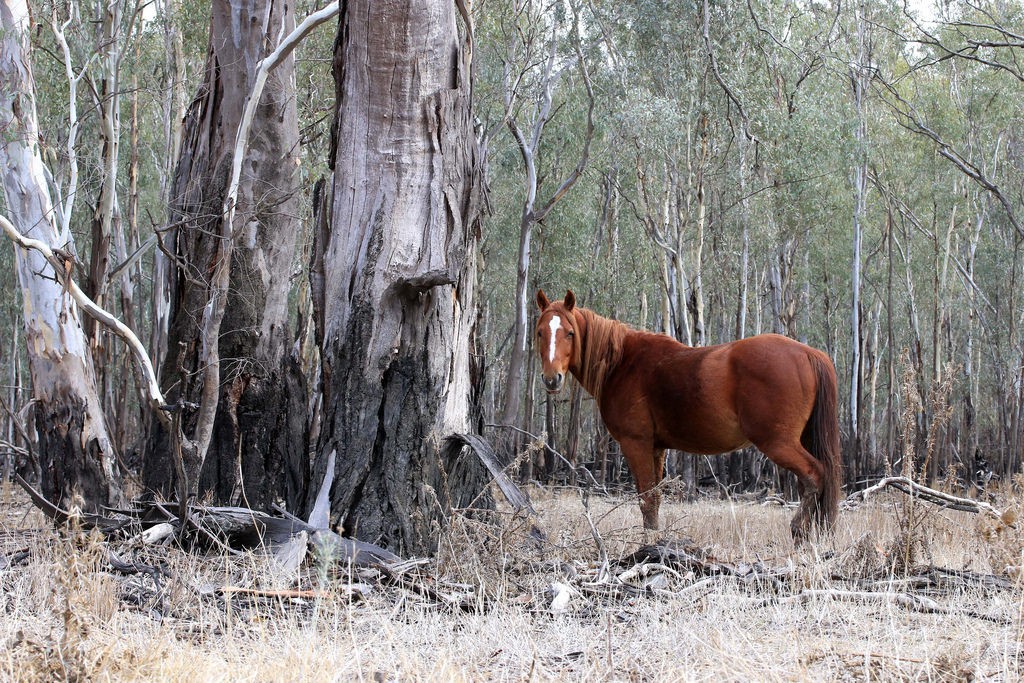 The Cane Toad has been marked as a ‘key threatening process’ after the Australian government added it to the Environmental Protection and Biodiversity Conservation Act 1999. Introduced to Australia in an attempt to control the native-to-Australia cane beetle that was k.i.l.l.i.n.g the sugar cane crops, the cane toad arrived in 1935 from South America via Hawaii. Becoming an extreme threat due to no ‘natural predator or parasite,’ cane toads are breeding rapidly and carry bufotoxin that k.i.l.l.s Australia’s native animals. 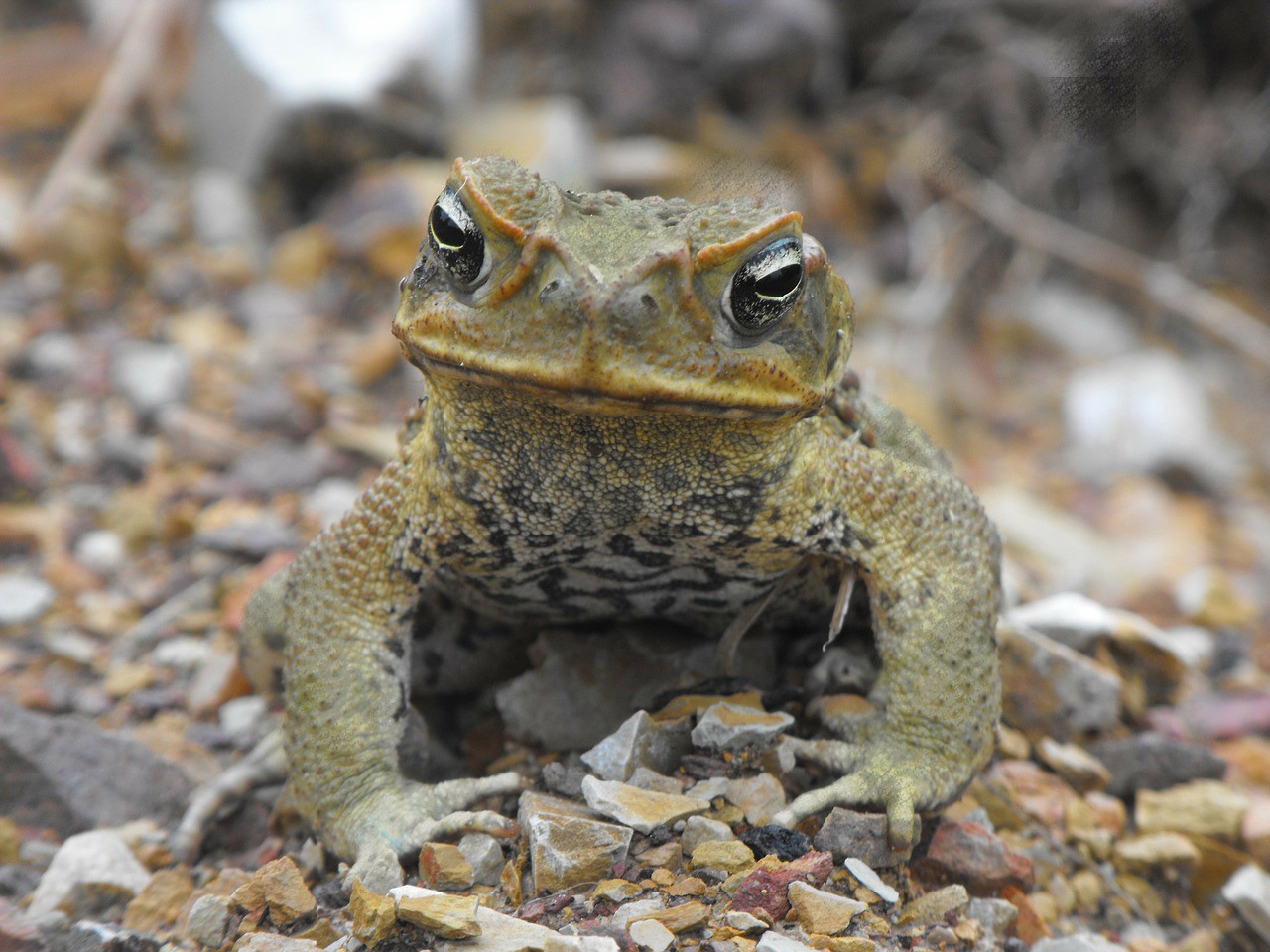 Australia is the only country in the world with feral herds of camels, and it holds the largest population in the world. They were originally introduced in 1840 from British India and Afghanistan for transportation and construction during colonization. Most camels transported were dromedaries – however, there were some Bactrian camels, too – and were released into the wild come to the introduction of motorized transportation. Consuming more than 80% of the plant species available to them, feral camels are causing degradation of the local environment, cultural sites, and they have an impact on the salt lake ecosystems. 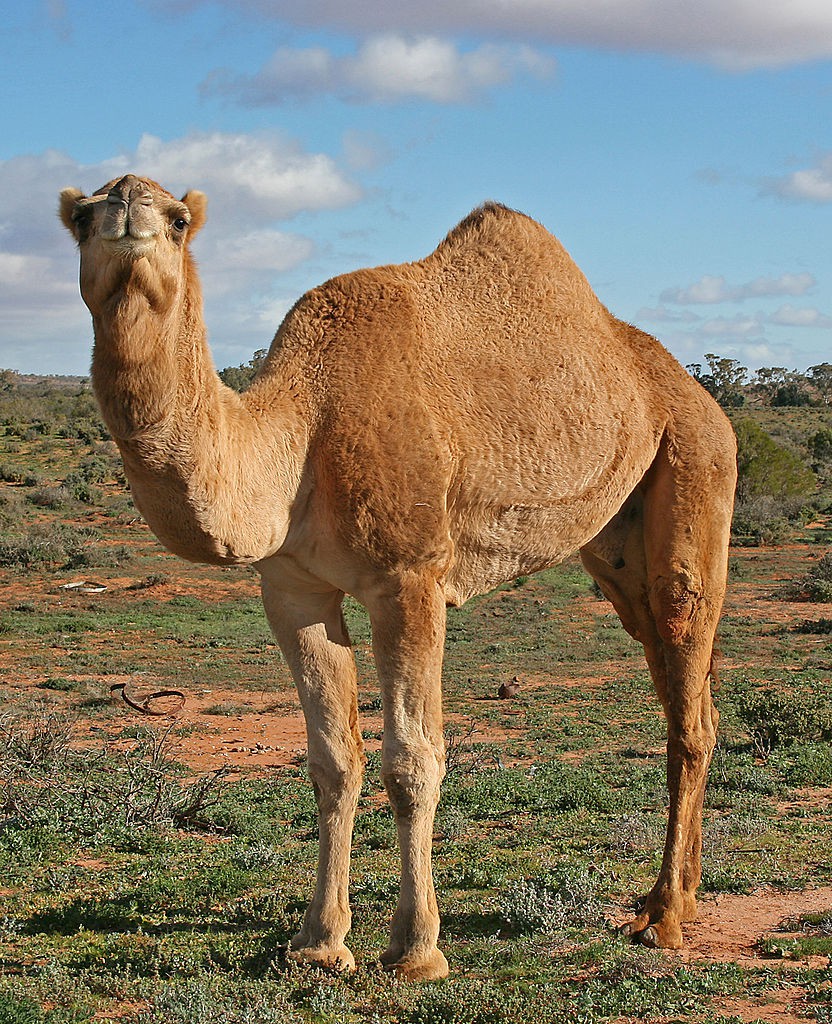 Introduced over 180 years ago to pollinate the plants that early settlers used for food, European Honey Bees have become an aggressive species. They are an increasing threat to Australia’s native fauna – including the black cockatoo, small parrots, Sacred Kingfisher, and many small mammals like bats and possums – as they compete against them for dwelling hollows in trees, usually winning by stinging or swarming them. The bees are a particular nuisance in summer, and it has been found that about 3% of Australians are allergic to honey bee venom, which is said to kill up to two Australians every year. 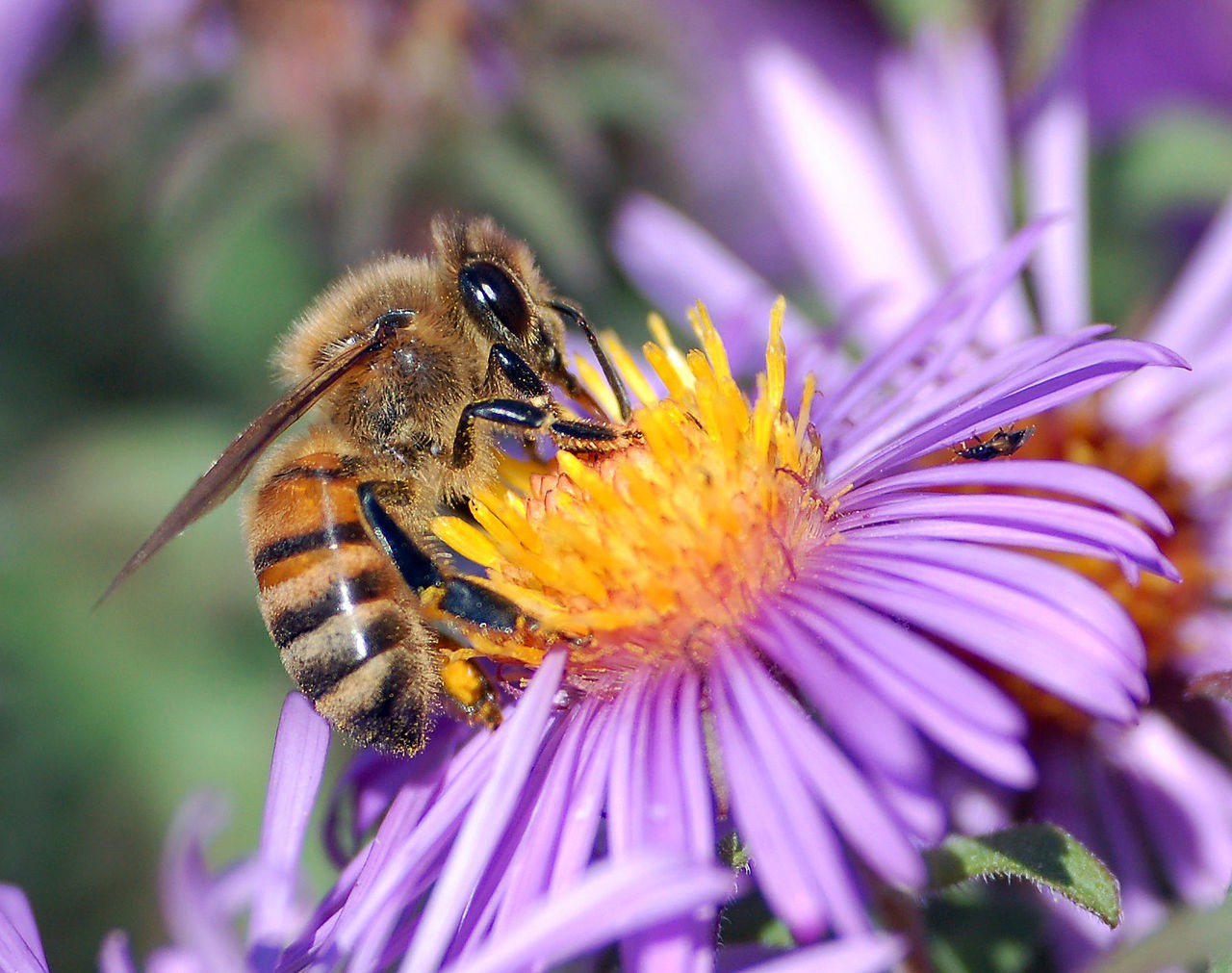 They may look cute, but since the introduction of the European Rabbit in 1857 for recreational hunting and food, the prolific breeders began destroying Australia’s land. In an unsuccessful attempt to contain the rabbits, a rabbit-proof fence was built across the land in Western Australia. By causing damage to crops, k.i.l.l.i.n.g young trees in orchards and forests, and being responsible for erosion problems, these rabbits have become one of the most significant factors in the loss of native plant species in Australia. 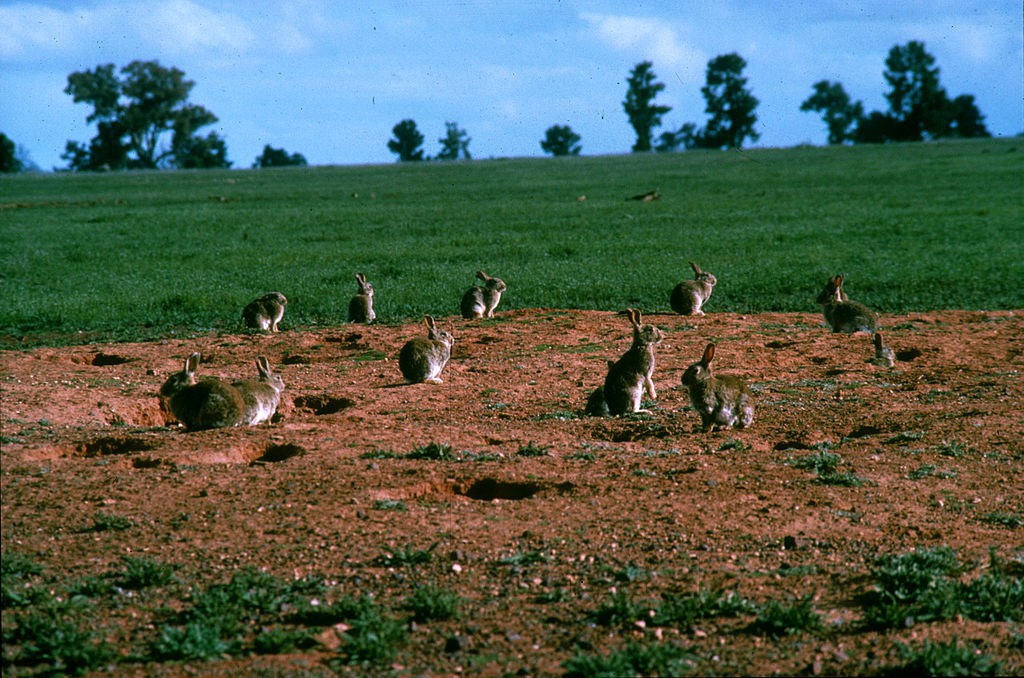 Europe introduced cats as pets to Australia in 1849. Whilst being the same species as domesticated cats, feral cats who escaped learned to live and reproduce in the wild, surviving on their skills to hunt and scavenge across the land. Responsible for carrying infectious diseases that have been known to harm domestic livestock and humans, feral cats may also endanger threatened animals such as the bilby, bandicoot, numbat, and bettong. 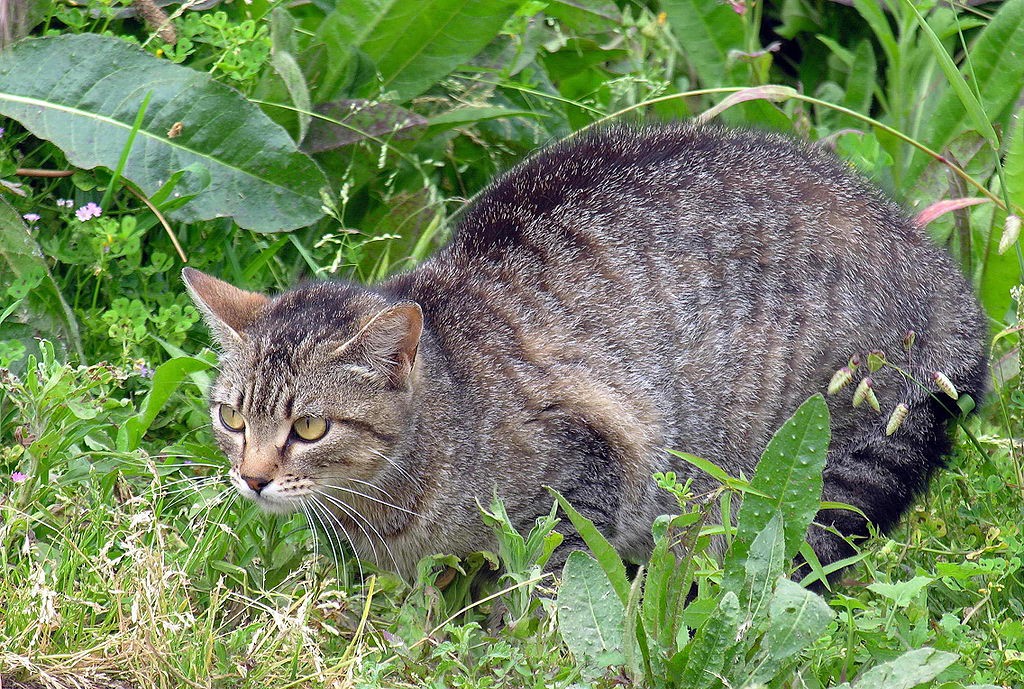 Feral deer have contributed to erosion and the degradation of water quality in Australia. Introduced for recreational hunting by European settlers in the 19th century, many deer escaped the deer farms and expanded into and invaded new areas of the country. Although deer are native to all countries except Australia and Antarctica, there have since been six species found in Australia: fallow, red, hog, rusa, chital, and sambar. All of these species are causing great environmental damage by rubbing against and eating tree saplings, assisting in the spread of weeds, and competing with native animals for food. 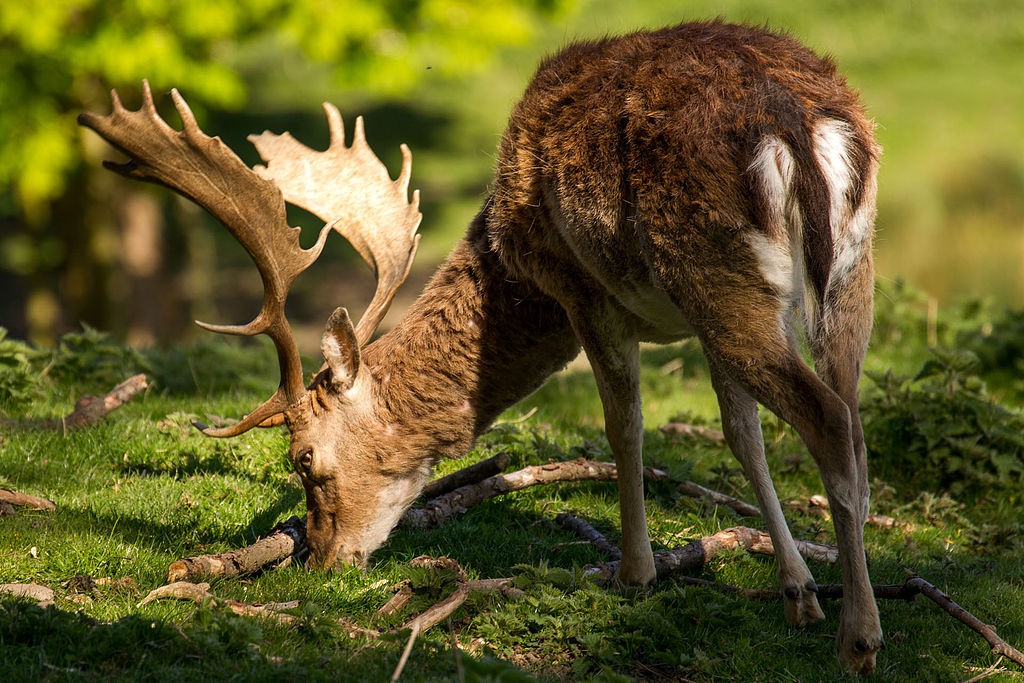 Feral goats arrived in Australia with the First Fleet in 1788. Many herds of feral goats today formed from those that escaped, were abandoned, or were deliberately released, and they have since been found to have spread across 28% of the country. Competing with native animals and domestic stock for water, food, and shelter, especially during the drier seasons, goats have had a major impact on native vegetation. Not only are they damaging the soil and overgrazing, causing erosion and preventing the regeneration of native plants, but they are spreading the introduction of weeds through seeds found in their dung. 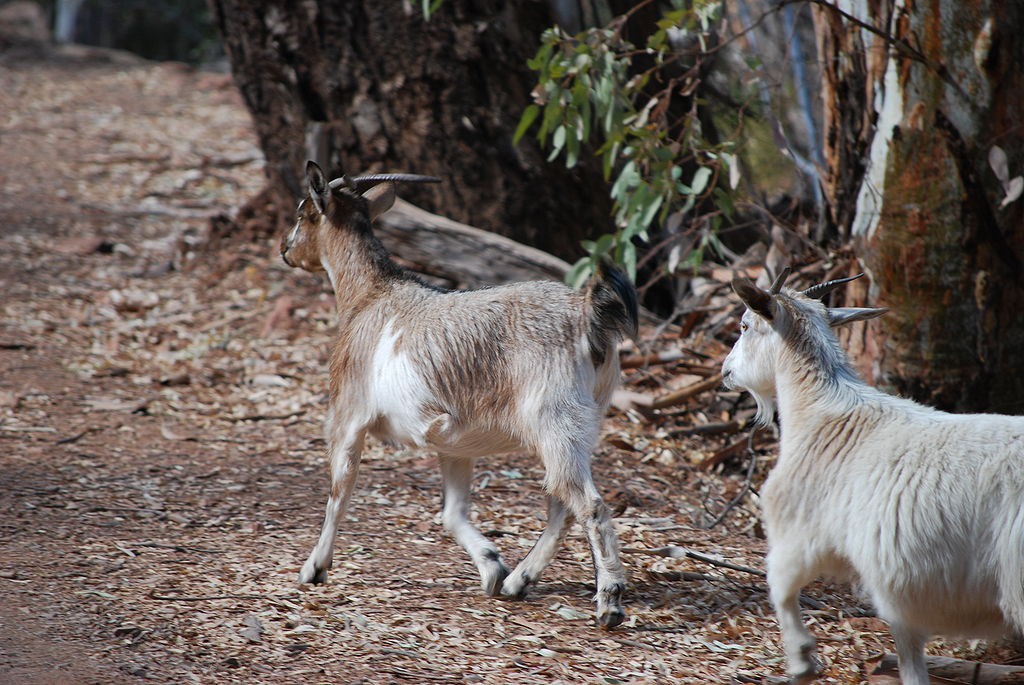 Whilst the Australian-American film Babe shows the love of pigs, Australia’s feral pigs are a different story. With 49 pigs originally shipped to Sydney as domestic livestock in 1788, by the 1880s the pigs had run wild, spreading across the northern and eastern parts of Australia (excluding deserts). Feral pigs destroy the land by eating almost anything, searching for the roots of plants, and affecting watercourses and swamps. Feral pigs are generally smaller and leaner than the known domestic pigs of today. 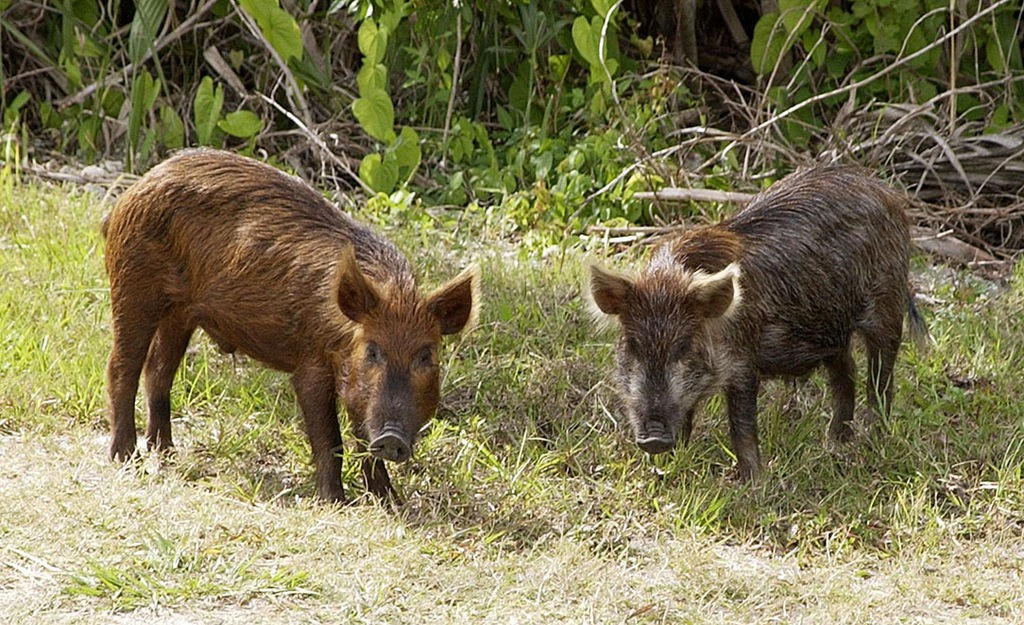 The Red Fox – introduced to Australia in 1855 for recreational hunting – is mainly active at night, becoming a predator to many native animals and livestock. They have been in the wild since the 1870s, and have caused significant economic loss to farmers by preying on their livestock, especially the young. They have also caused the decline in ground-nesting birds, smaller mammals (including the greater bilby), and reptiles (like the green turtle). 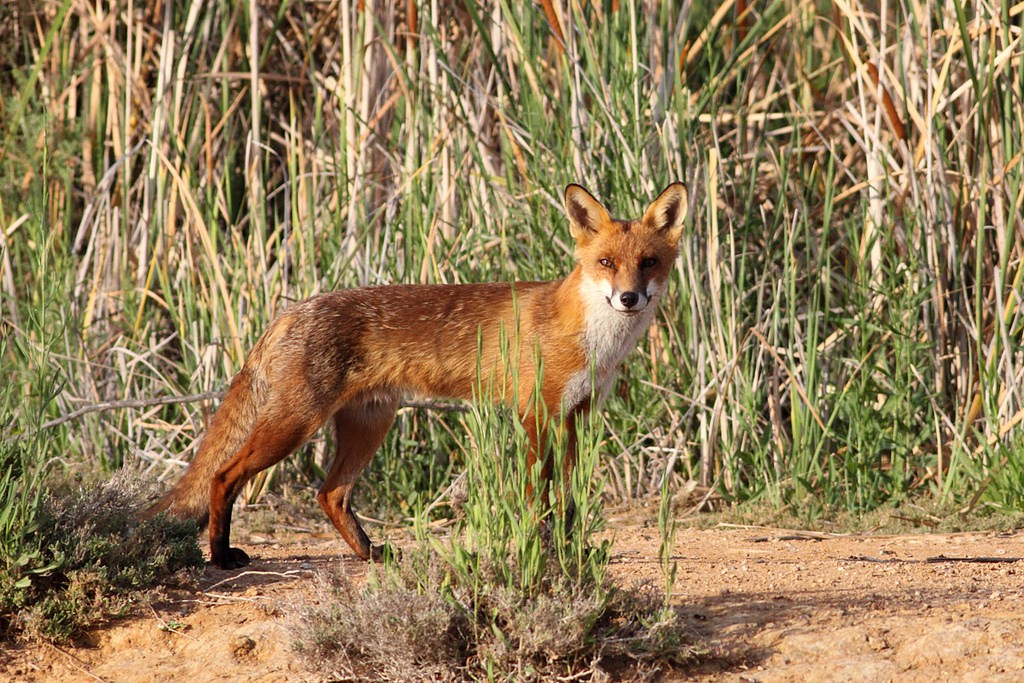 Causing great environmental damage and loss of habitats in Australia, two types of water buffalo (the river-type from western Asia and the swamp-type from eastern Asia) were introduced as domestic livestock in 1829 from Indonesia. These large herbivores eat plenty of grass and plants, and because their settlements were abandoned in the mid 1900s the buffalo have colonised freshwater springs and swamps across parts of the Northern Territory. The buffalo cause soil erosion, intrusion of saltwater into freshwater habitats, and the destruction of wetland vegetation, and consequently the crocodile, freshwater turtle, barramundi, and waterbird populations have decreased. 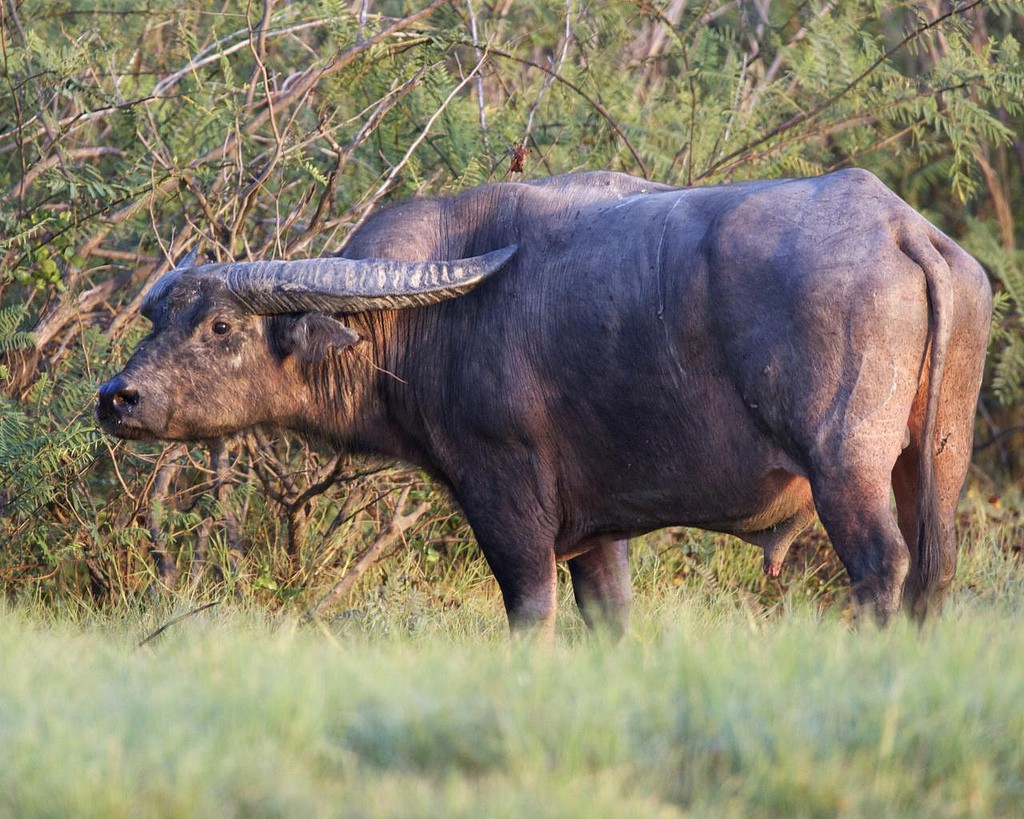 Best National Parks in Australia To Set Foot On

16 Reasons Everyone Should Visit Australia Once in Their Lifetime