In the Middle Ages, bankers like Jakob Fugger made Augsburg an important city. But its history with water is also unique. Augsburg now is a UNESCO World Heritage Site. 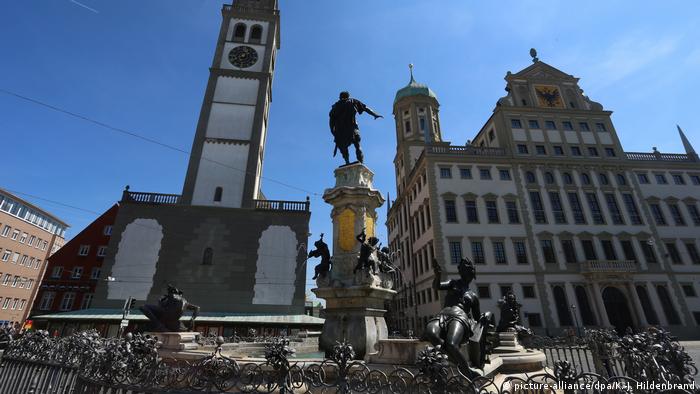 Augsburg is filled with the sound of splashing water. This can be really refreshing in summer. In the old town, visitors will find numerous fountains that remind them that the bubbling cool water is really drinking water. In addition, the numerous canals in the old town are fed cold water from the river Lech and provide a pleasant climate.

Outside the Augsburg Town Hall, itself a magnificent Renaissance palace, visitors also get an idea of the Bavarian city’s special appeal. The Augustus Fountain from the 16th century on the Rathausplatz (Town Hall Square) points to a past history as a Roman settlement under Emperor Augustus. Directly below the figure of the emperor, the monumental fountain depicts four water deities representing the rivers Lech, Wertach, Brunnenbach, and Singold, which all shaped Augsburg. 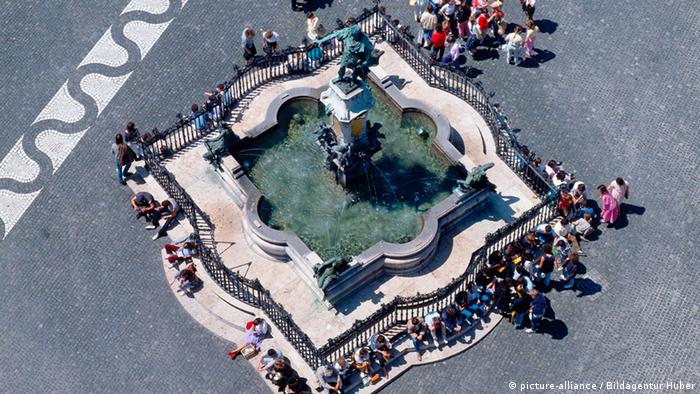 Water as a source of life and wealth

The abundance of water is a major reason for the early economic boom of the city. Augsburg’s citizens quickly understood how to make use of water. This applied to the craftsmen who used water mills to generate energy, as much as to the drinking water supply and food processing. Visitors can, for example, discover these facts on the “Around the Old Town” tour which follows the trail of water through nine stages.

The tour also leads to the former town butchery, only a few steps away from the town hall. The central slaughterhouse, completed in 1609, was designed by Elias Holl, a famous Augsburg master builder, to have an open channel under the building to cool the meat and dispose of any waste.

Waterworks at the Red Gate 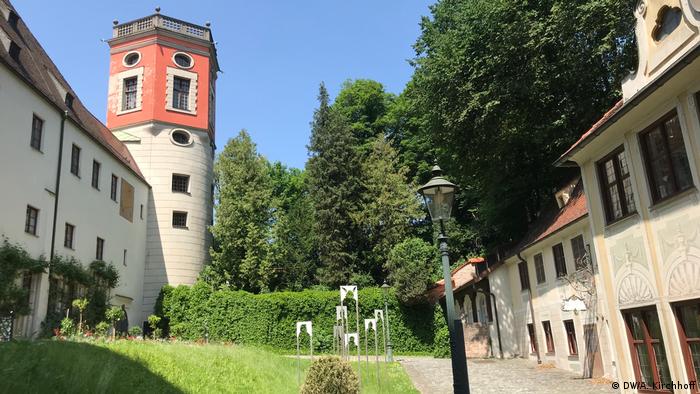 Augsburg has a long history revolving around water. Above all, the city still has many buildings that testify to this culture that evolved over centuries. A central component of this heritage is the waterworks at the Red Gate, a 15th century building complex with a viaduct, three water towers, and two houses for fountain masters. For almost 500 years, the complex was used to supply Augsburg with drinking water.

The entrance to the waterworks is adorned with two dolphins spouting water. “Nobody needs these dolphins. But people in Augsburg have always exalted the subject of water through art,” says Martin Kluger, one of the initiators of Augsburg’s application to have its waterworks added to the UNESCO World Heritage list. “This waterworks ensemble is probably unique in Europe. The special thing is that the architecture is completely preserved.” 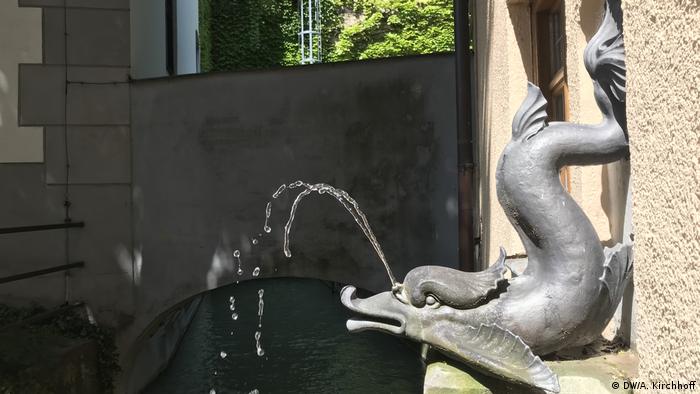 The Romans built the city center on a hill for fear of flooding, so the drinking water had to overcome a difference in altitude. In the waterworks at the Red Gate, the flow velocity of the Lech was used to bring drinking water from the Brunnenbach into the towers by means of scoops. From there, pipes led the water down to the city’s public wells.

From the 16th century onwards, rich Augsburgers could even have a private connection made for their own courtyard well. “But until the 19th century, only a few could afford that, it was really a luxury,” says Martin Kluger. A water connection like this was three times as expensive as a house in a simple district of Augsburg.

Back then, Augsburg’s water supply technology was regarded as exemplary throughout Europe and was an early attraction for travelers. In 1580, the French philosopher and politician Michel de Montaigne remarked in his travel diary that Augsburg was “richly blessed with public fountains”. 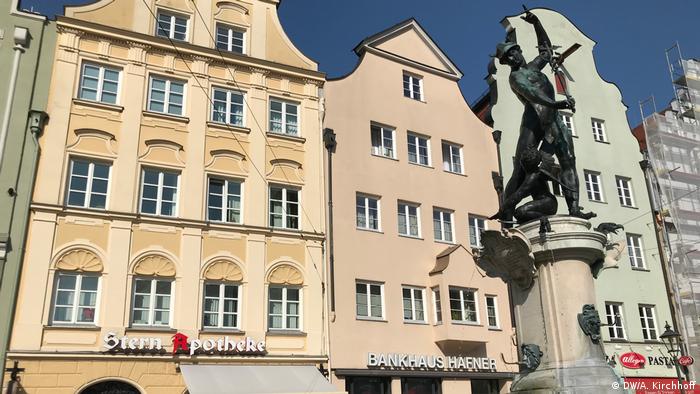 On Saturday Augsburg has been listed as another UNESCO World Heritage Site for its diverse and preserved architectural evidence of a more than 500-year-old history of water management. “This is about the whole complex, there is a story here — half a millennium in which each technological step can be traced,” says Kluger. Moreover, access to fresh drinking water remains a vital issue for people all over the world.

A final example of how you can enjoy the water in Augsburg leads to the outer city moat. As a former part of the medieval city fortifications, it actually no longer serves a purpose. But as a lake, it is a natural idyll were mallard ducks, carp and beavers feel at home. 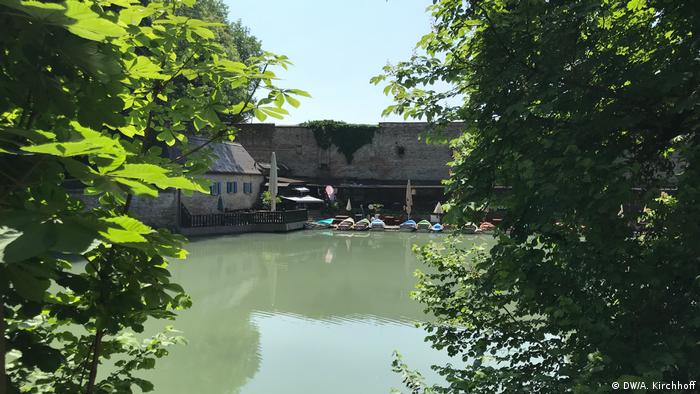 In summer, after work or on weekends, you can see people rowing across the water. Rowboats have been available for hire at the Augsburg Kahnfahrt since 1876. Bela Balogh, who is the fourth generation to run the family business, emphasizes that relationships are also developed during a boat trip like this.

His great-grandfather took his wife rowing for their wedding. And Bertolt Brecht, the Augsburg-born poet, and playwright, was also known to have taken his first love across the town moat in a rowing boat.