“I can’t say whether they were tears of relief that I was alive, or because I had just experienced the most incredible thing I have ever seen in my life.” 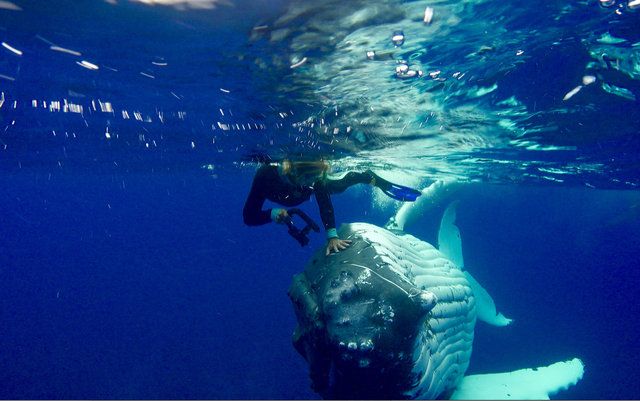 Meet Nan Hauser, a marine biologist who has been diving with whales in the wild for the past 28 years, but she didn’t expect one day, a whale would be saving her life.

Hauser was diving in the South Pacific one day and she had a camera crew who planned to film her swimming with the humpback whales.

When she was in the water, one humpback swam right up to her and was nudging her with his mouth and chin, almost like it was trying to tuck her in under its pectoral fin, very unusual behavior. 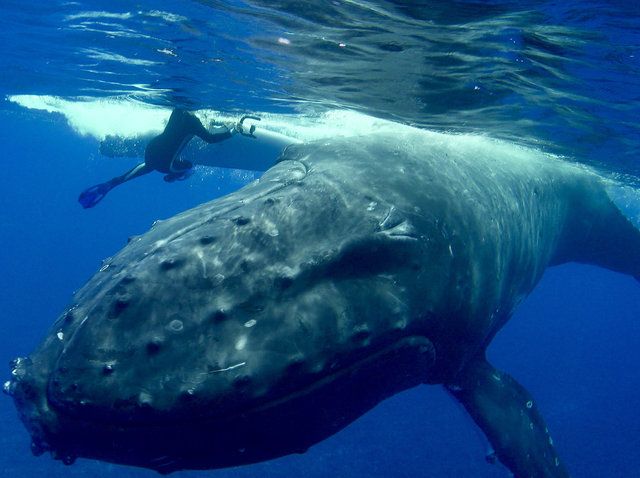 “He just wouldn’t stop touching me,” Hauser told The Dodo. “I tried to get away over and over again, but he kept at it. He eventually pushed me up right out of the water on his fin. He kept putting his eye right next to me and I couldn’t figure out what he was trying to tell me. ”

This lasted for about 10 minutes, Hauser was filled with adrenaline and she was thinking the worst.

“I thought the camera crew was going to end up filming my death. One whip of a whale’s tail on you, and the pressure would break your bones.” 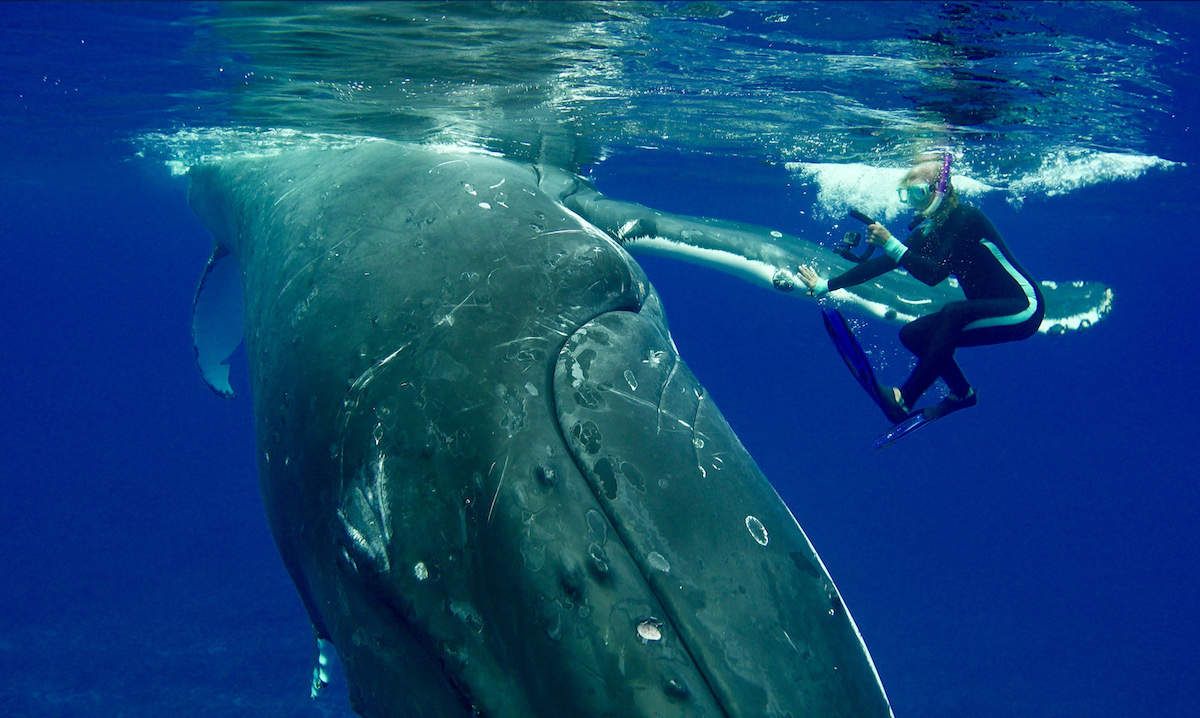 As it turns out, the whale wasn’t where her fear should be directed towards, she noticed a shark closeby and the whale was doing what it could to keep the shark away from Hauser.

There was even another humpback whale in the distance monitoring the situation, it also repeatedly slapped its tail into the water, presumably trying to distract the shark.

“I finally took my eye off the whale and saw something swimming very fast with his tail swinging side to side,” Hauser said. “Whales swim with their tails moving up and down … It was at that moment I realized it was a tiger shark — and it was one of the largest sharks I’ve ever seen in my life.”

See it play it in the video below:

After a little bit, the whale delivered Hauser back to their boat, at the right moment she jumped back on the boat.

The whale lingered around for a bit to make sure she was all ok before making its way. 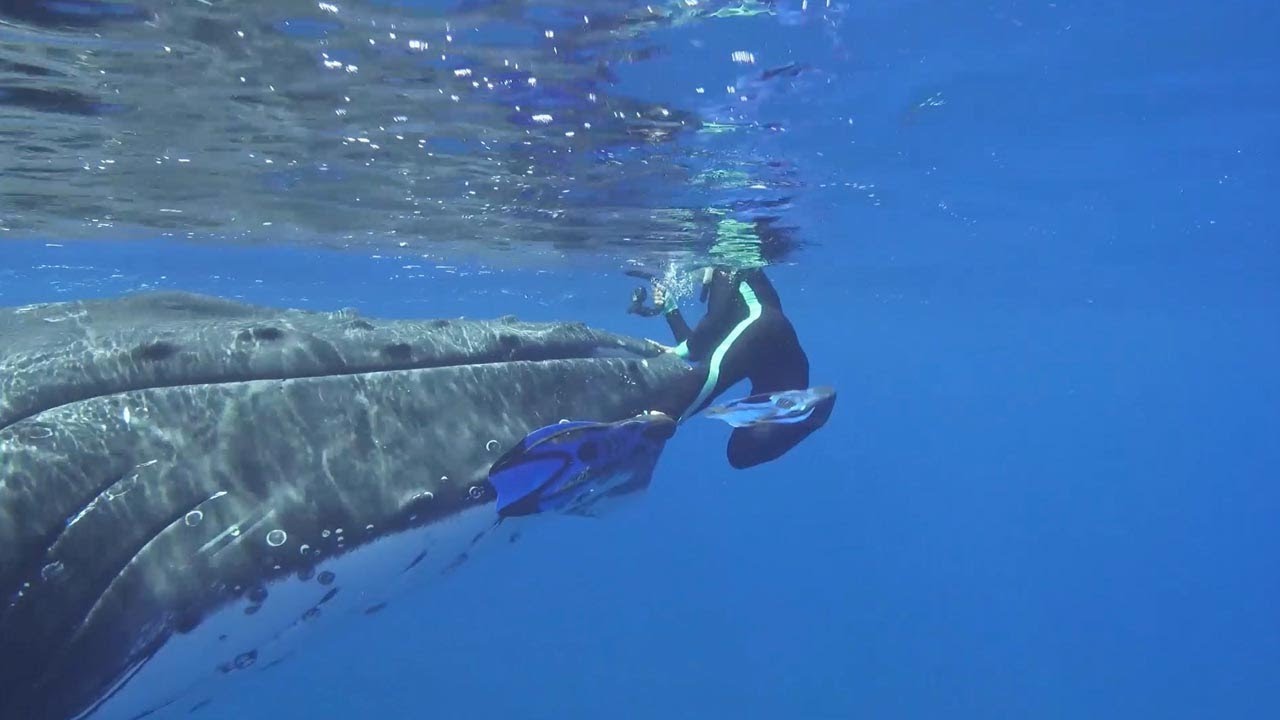 “I just put my hands on my face and started crying,” Hauser said. “I can’t say whether they were tears of relief that I was alive, or because I had just experienced the most incredible thing I have ever seen in my life.”

Altruism is a trait common with humpback whales, there are multiple cases where they help an animal away from danger.

They have even been observed interrupting killer whale attacks, regardless of the type of animal being attacked. 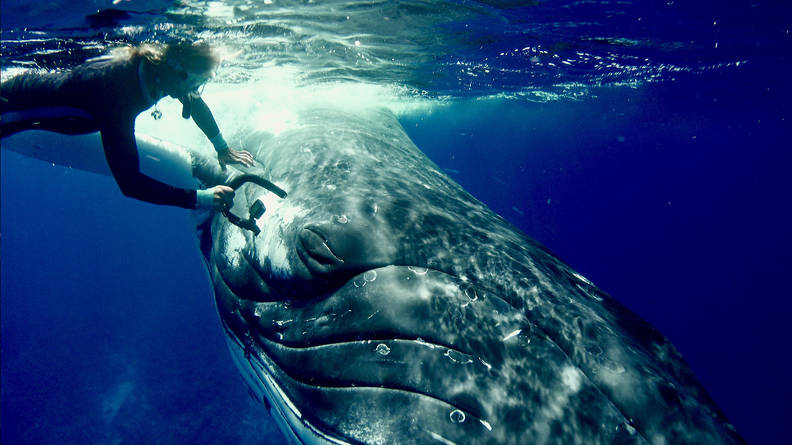 This is the only documented encounter that involves a human.

“Even though it was an absolutely crazy experience, I feel so honored to have had it happen,” Hauser said. “It’s an incredible quality that they’ll go rushing into a dangerous situation for the sake of someone else.”

A Rare White Alligator Has Arrived At Roger Williams Zoo

Golden Retriever Makes an Appearance During a Forecast

Largest Orca Pod In History Caught On Camera In Norway