The results from the Royal Dutch Touring Club’s (ANWB) survey have been revealed, and the Groningen village of Winsum has been named the most beautiful village in the Netherlands.

Winsum is said to have stood out as a winner because of its friendly and welcoming centre, its iconic buildings, and the lively village atmosphere and amenities. The local harbour, Winsumerdiep, was also highlighted in the decision, with its various architectural styles from different centuries.

Henk Jan Bolding, mayor of Winsum, is pleased with the title, calling the village a “journey through time.” The mayor acknowledged the fact that Winsum has faced a number of challenges, including damage from earthquakes, but that the local residents are what make Winsum such a gem.

Winsum is made up of two villages (Bellingweek and Obergum) on either side of the Winsumerdiep canal, which over time have developed and come together, and are now connected by two bridges, De Goog and the Jeneverbrug. The village is home to two windmills, the oldest dating back to 1801, a church, the Torenkerk, a synagogue dating back to 1879, and a grand total of 59 national monuments and four municipal monuments – very impressive!

“It is certainly not our intention for everyone to travel en masse to Winsum now. That way the village would soon lose its friendly character”, Marieke Haafkens, route expert of the ANWB, joked. “But be sure to stop by if you’re in the area.”

The most beautiful Dutch village

3.000 people in the Netherlands voted in the ANWB survey, highlighting 50 noteworthy Dutch villages. This selection was then narrowed down to a shortlist: Urk (Flevoland), Elsloo (Limburg), Oisterwijk (North Brabant), Hollum (Friesland), and Winsum (Groningen).

The final winner was chosen by a jury consisting of Jaap Evert Abrahamse of the Cultural Heritage Agency of the Netherlands, Marieke Haafkens, route expert of the ANWB, and cabaret artist and language expert Wim Daniëls. 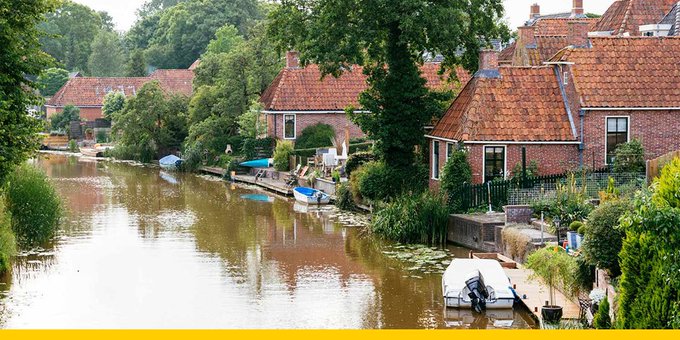 If you’re interested in finding out more about Winsum and the 49 other nominated villages, then you’re in luck. The ANWB has compiled a book of the 50 most beautiful villages in the Netherlands.

Internationals not registered with their municipality won’t receive a vaccine

The Netherlands Ranked As The World’s 10th Best Country