Music and arts play a prominent role in Portuguese culture, and traditional folk dances called Ranchos Folclóricos stem from the country’s rural areas and farming communities. Jubilant and energetic, Ranchos Folclóricos sound very different from fado, and these partner dances are either performed in couples or as groups and are still practiced today. Usually, they are observed in public during holidays and special events. The prominent characteristics include colorful costumes worn by men and women, guitar, accordion and bagpipe instrumentals, finger-snapping and circular movements.

The different dances and costumes represent different regions in Portugal. Normally, the women’s costume is long and colorful, comprising of either a dress or a skirt and a top, and complete with matching shoes and a hair scarf or handkerchief. Men, on the other hand, wear rather plain costumes made up of trousers and a long-sleeved top which is sometimes covered with a vest. It is also common for men to wear hats. Traditionally, the styles of the costumes worn by dancers were influenced by the region and social system that the dancers belong to. 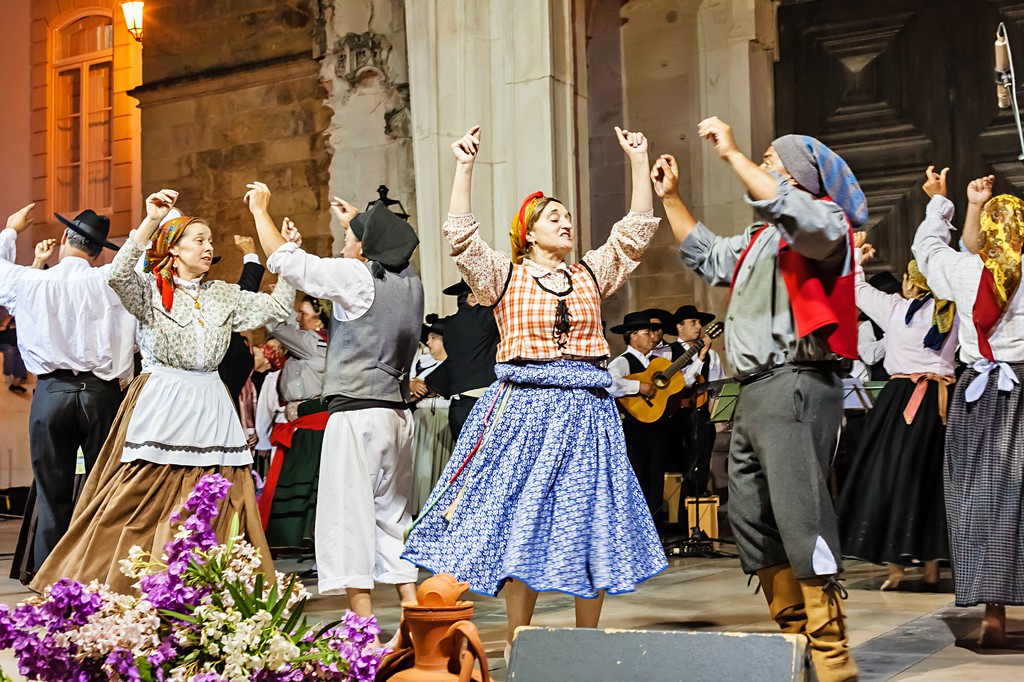 Each “dance” has a different technique, whether made up of two or three steps, and danced in long lines or small circles. A few of the more popular techniques include the vira, fandango, and corridinho. The most traditional folk dances stem from the north of the country, but some, like the corridinho, are also part of the south’s history, and will even be observed in the Algarve during festivals.

The vira – which means “turn” – comes from the Minho region in the north and its style has been compared to the waltz. During this dance, men and women form a circle, which they revolve around with their hands in the air, and partners – which continuously change – circle each other as well. Like the vira is the chula and the fandango, which differentiate by being a little more energetic and accompanying different instrumental styles and melodies. 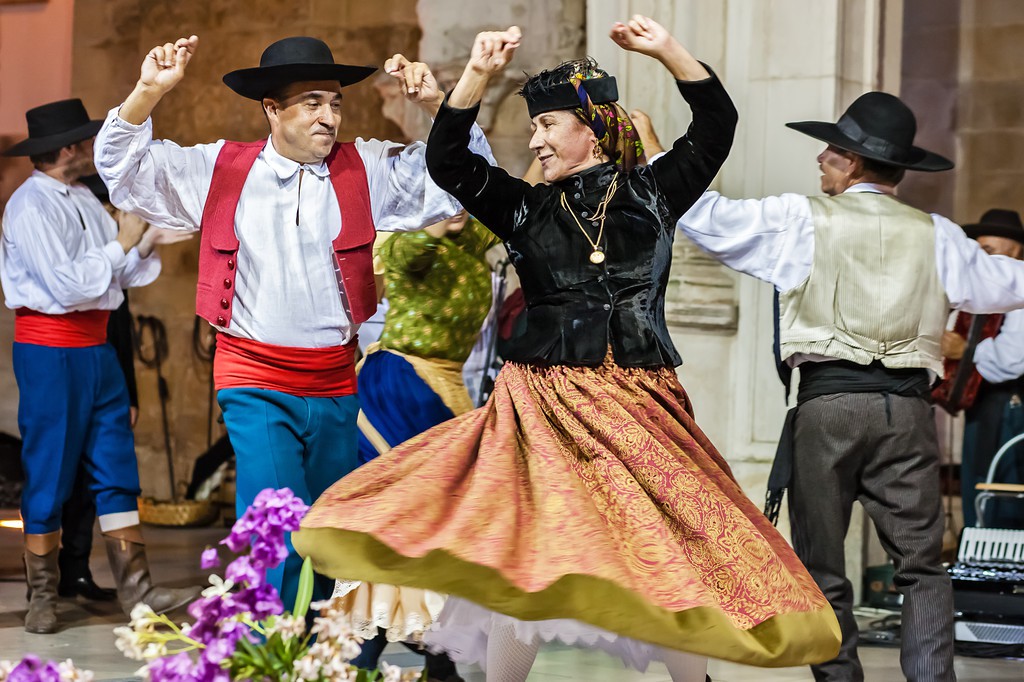 In general, all of the dances include circular movements and elaborate footwork, but the corridinho is a little different. During this dance, partners stick together and take turns in the center of the spotlight where a major part of their routines includes spins that may make the non-dancer dizzy to watch.

A couple of the most famous folk dances are Ta-mar from beach-side Nazaré and the Pauliteiros from Miranda in the Douro region. The Pauliteiros is especially unique as it’s a style of warrior-dance, which is not common in most Portuguese folk routines. During this style, men dance together incorporating the use of wooden sticks that they hit together to the music’s rhythm and synchronize with their footwork. Pauliteiros comes from the word paulito which means “small stick,” and neighboring Spain has a similar style called danza de palos. 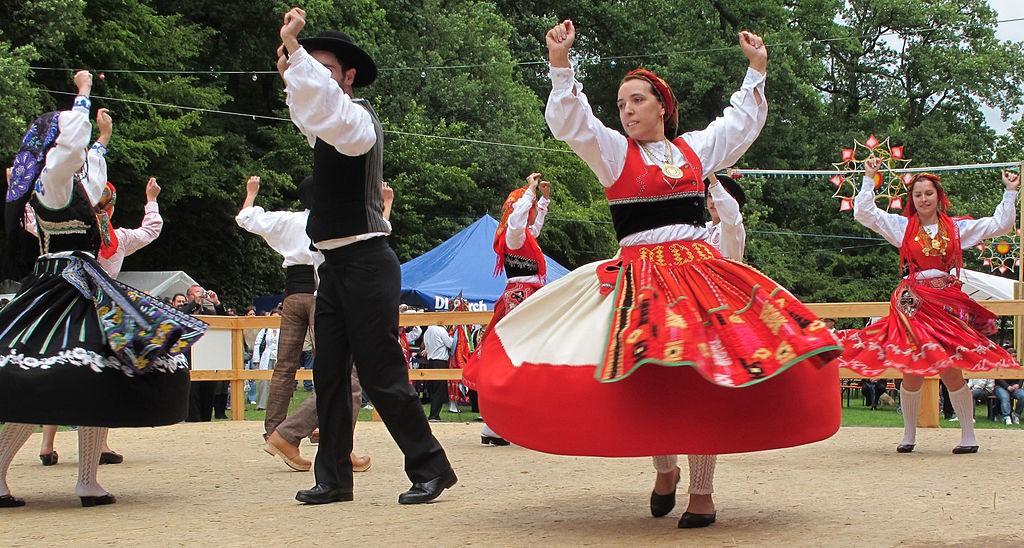 Next time you’re in Portugal, jump on any opportunity to learn these traditional Portuguese dances. The happy feeling emitted from the dancers is likely to be transmitted and before you know it, you’ll be smiling and laughing while dancing.

The 10 Best Things to See and Do in Figueira da Foz, Portugal

The Best Markets in Lisbon, Portugal