It’s easy to get caught up in Amsterdam’s city centre; its boat-filled canals, mega art museums and pungent coffee shops might tempt you never to leave. But by venturing that bit further you’ll find bohemian clubs, hotels atop cranes and hidden cocktail lounges await you in neighbourhoods on the fringe. They’re also great places to mingle with locals.

Here are some of Amsterdam’s hippest neighbourhoods. The avant-garde thrives in Noord, the vast community across the IJ river from downtown Amsterdam. Ferry over to the gleaming EYE Film Institute for arthouse movies and the view-tastic bar-restaurant at water’s edge. The A’dam Tower dominates the skyline and offers one of the best views in the city. A few steps onward the Tolhuistuin cultural centre hosts African dance troupes, grime DJs and more on its garden stage under twinkling lights.

Fifteen minutes upriver, NDSM-werf is a derelict shipyard turned edgy arts community that is home to Europe’s biggest flea market, the monthly IJ-Hallen. It wafts a post-apocalyptic vibe: an old submarine slumps in the harbour, and abandoned trams rust on the streets. Industrial castoffs get repurposed into lodgings like the Faralda NDSM Crane Hotel, with three rooms set at dizzying heights, while old shipping containers morph into restaurants such as organic-focused Pllek. 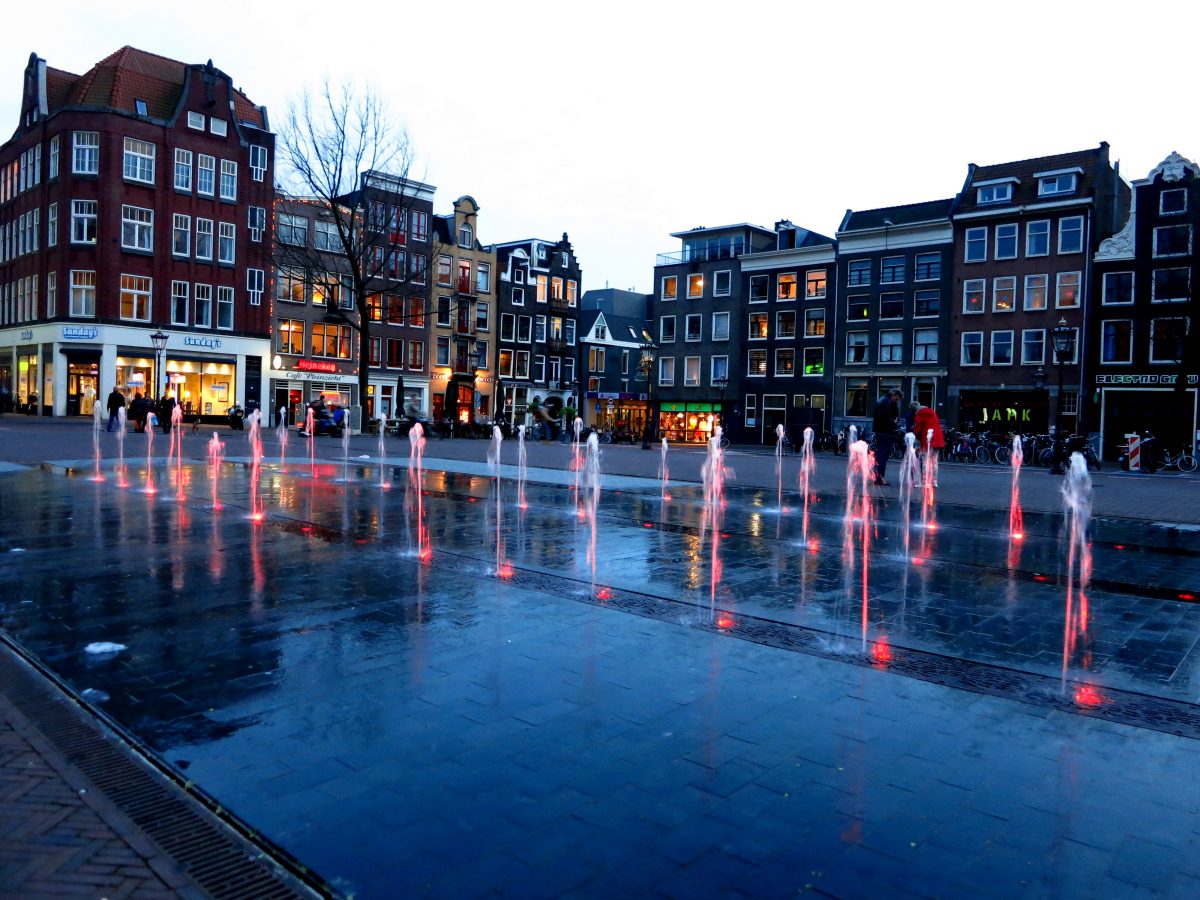 Less than 500m west of the train station, Haarlemmerbuurt is a bustling commercial zone. The main veins are Haarlemmerstraat and Haarlemmerdijk, which together formed the old road to Haarlem. Today Mediterranean delis, record stores, denim boutiques and cookbook shops pepper the thoroughfare, and make for a delectable stroll.

Sniff out Petit Gâteau, a family-run patisserie that bakes tarts sweet (salted caramel and pistachio) and savory (bacon and Gruyère). Swanky cocktail bars, canalside bistros, and cafes hide in the surrounding streets, including the minimalist coffee bar Toki. Everything pops up in a densely packed, one-kilometre span. 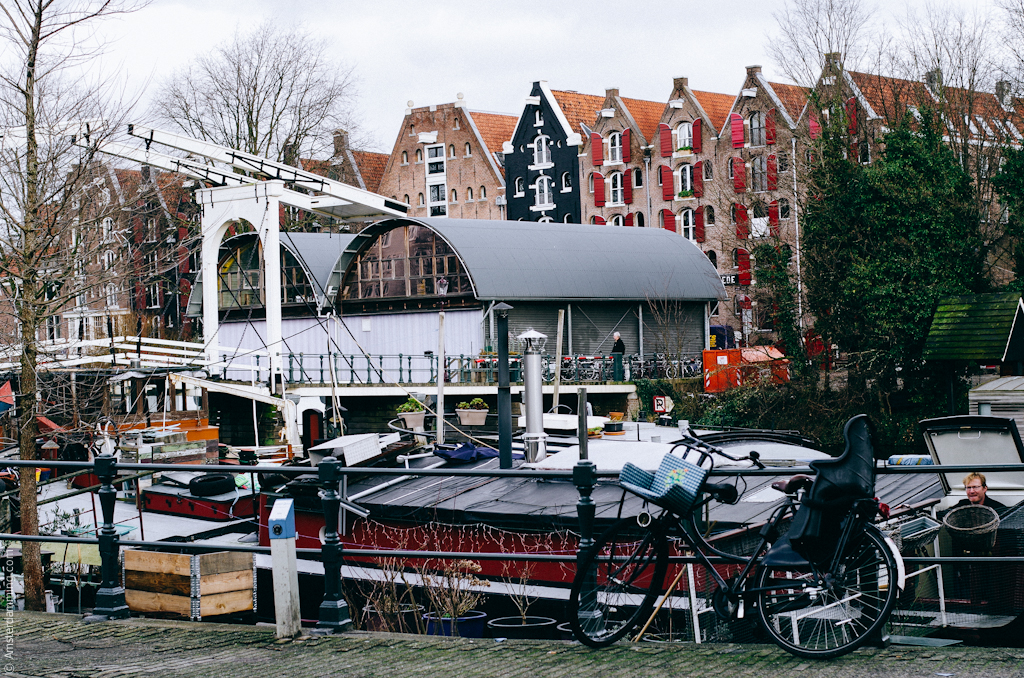 Artsy young professionals beat a path to the enclaves in Amsterdam’s northwest corner. Here pond-dappled Westerpark blends into the Westergasfabriek, a former gasworks renovated into a complex of wildly popular cafes, leafy patios and pop-up restaurants.

The Western Islands float next door. Several artists have studios in the wee drawbridge-crossed neighbourhood. Foodies flock in for sausage-y tapas and wines at Worst Wijncafe. Scenesters take the party a few kilometres onward to REM Eiland, an oil-rig-like platform 22m above the IJ river. The bar-restaurant is a haul to get to but rewards with unforgettable drinks on the old rooftop helipad.

Trams 3 and 10 swing by Westerpark. Bus 48 runs to the Western Islands and REM Eiland.

South of the Western Islands and Haarlemmerbuurt, the Jordaan is Amsterdam’s ‘it’ neighbourhood for convivial cafes. The dark wood bar, flickering candles and frothy beers at ‘t Smalle have drawn locals since 1786. Waterkant provides a new take on the scene: the rollicking, canalside pub, tucked under a parking garage, serves pumpkin rotis and other Surinamese-tinged specialties with its brews.

The Jordaan is also known for bountiful markets. Collectors have a field day perusing Antiekcentrum Amsterdam, a knick-knack mini-mall. The outdoor Noordermarkt sells troves of secondhand clothing and trinkets on Monday mornings, while farmers markets fill the narrow lanes on other days. Trams 10 and 17 roll by it all. 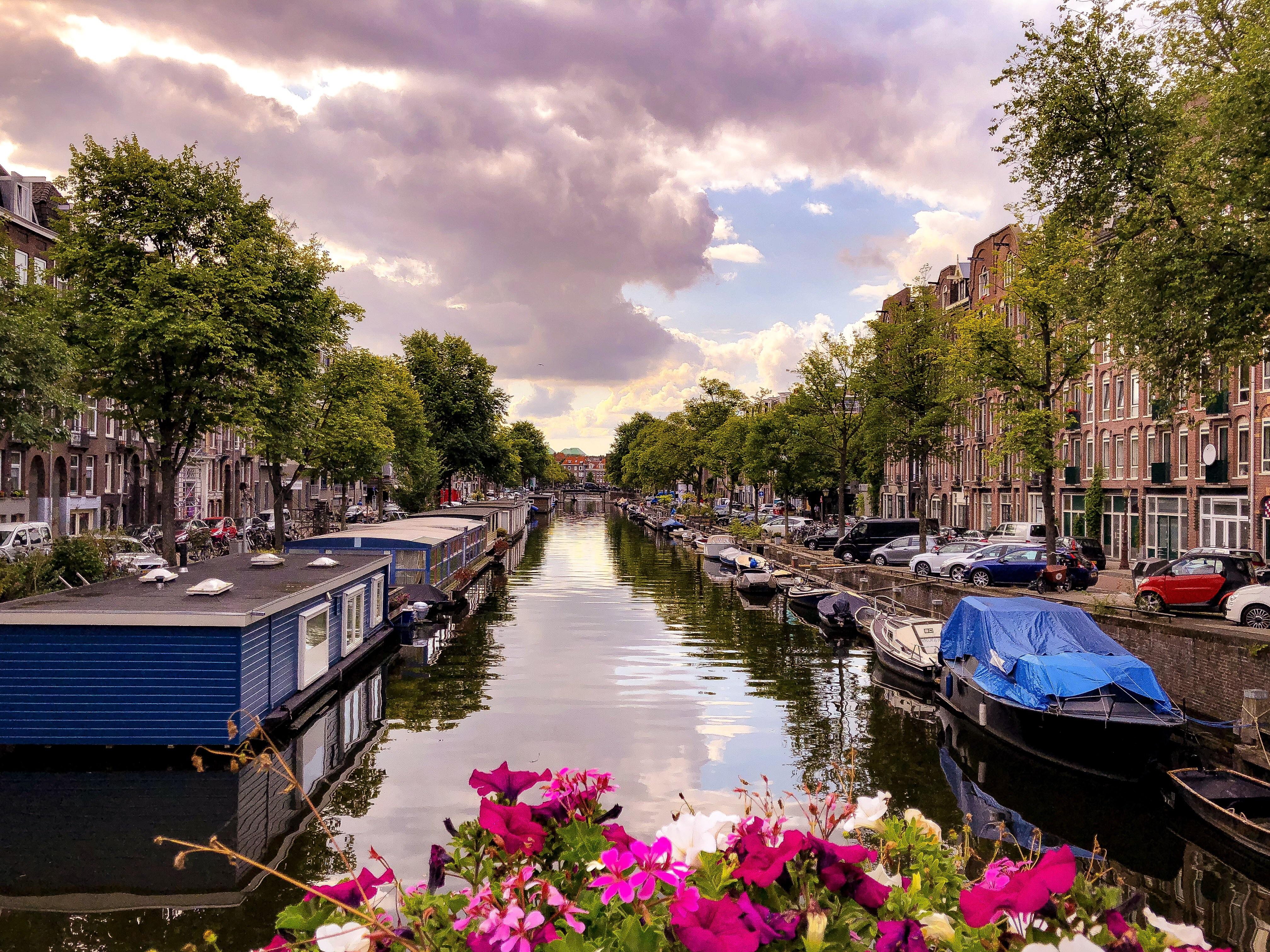 The action is revving up in this friendly, working class district next to the Jordaan, where De Hallen gives hipsters a place to hobnob. Prepared food stalls, a cinema, hotel, bike recycling shop and fashion incubators now pack the century-old tram depot after its slick revamp. Lot Sixty One Coffee Roasters percolates in the vicinity, offering daily espresso menus and coffee-making workshops. Tram 17 from Centraal Station gets you there. As one of the city’s most culturally diverse areas, the Indische Buurt has as an energy unlike any other in Amsterdam. The Javastraat is the beating heart of the neighbourhood, a hubbub of activity where Moroccan supermarkets and Turkish bakeries live alongside hip concept stores and trendy bars. Popular haunts include Bar Basquiat, where Asian-influenced dishes are served up by street food vendors Dirty Duck, and the Walter Woodbury Bar, a gin-lover’s paradise.

Stroll a little further east to reach Javaplein, home to Wilde Zwijnen, where modern Dutch cuisine is served in a bright, minimal setting. Take tram 14 to Javaplein or arrive by train from Amsterdam Muiderpoort station. Artists and intellectuals have hung out in De Pijp since the 19th century. The district still has a bohemian flair and is chock-a-block with cool cafes, ethnic eats and jazzy little clubs.

The Albert Cuypmarkt sits at the epicentre and unfurls a multi-block bazaar of cheeses, fabrics, spices and stroopwafels (hot caramel-filled cookies). Behind the stalls hide trendy restaurants like The Butcher, which flame grills 14 types of burgers and pours cocktails in a secret lounge (through the silver door, by reservation only). 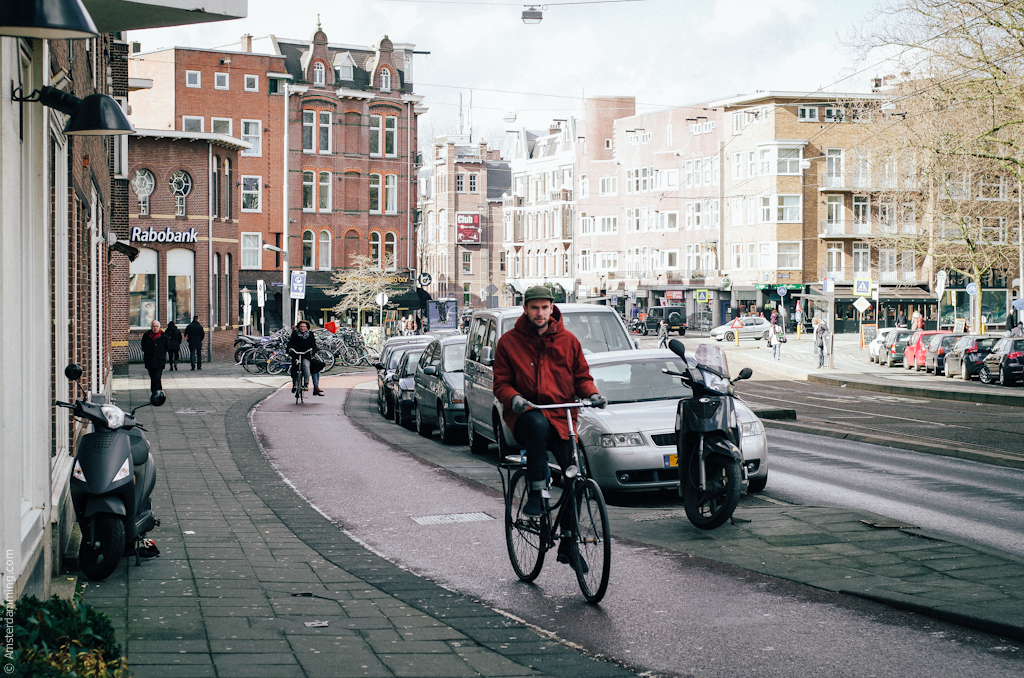 Located in the far west of Amsterdam, much of the De Baarsjes neighbourhood was built as part of Plan West, a city expansion project from the 1920s that built homes for workers. Fast forward almost a century and it’s now creatives and freelancers who hammer away in the area—mainly on their laptops at White Label Coffee. This is also where you’ll find the darkened rooms of De School, arguably Amsterdam’s coolest nightclub.

For something more wholesome, try the tranquil Rembrandtpark and the host of restaurants along the Jan Evertsenstraat. Radijs remains a popular breakfast spot with canalside seating during the summer months.

Trams 7 and 13 stop at Mercatorplein, the neighbourhood’s main square.