These stunning elephants are so white, people have been confusing them with statues. But although the amazing creatures look like they have been carved from stone, they have actually been smearing themselves in white clay.
Tourists at the Etosha National Park in northern Namibia, Africa, have been so taken aback by the gentle giants they have mistaken them for a herd of albino animals. The elephants use clay from the Etosha Pan – a 120-kilometer lakebed of salt – to protect themselves from the fierce Namibian sun.

They were photographed by Anja Denker, who said: ‘The name Etosha means great white place, due to the white clay which covers the expanse of the pan. 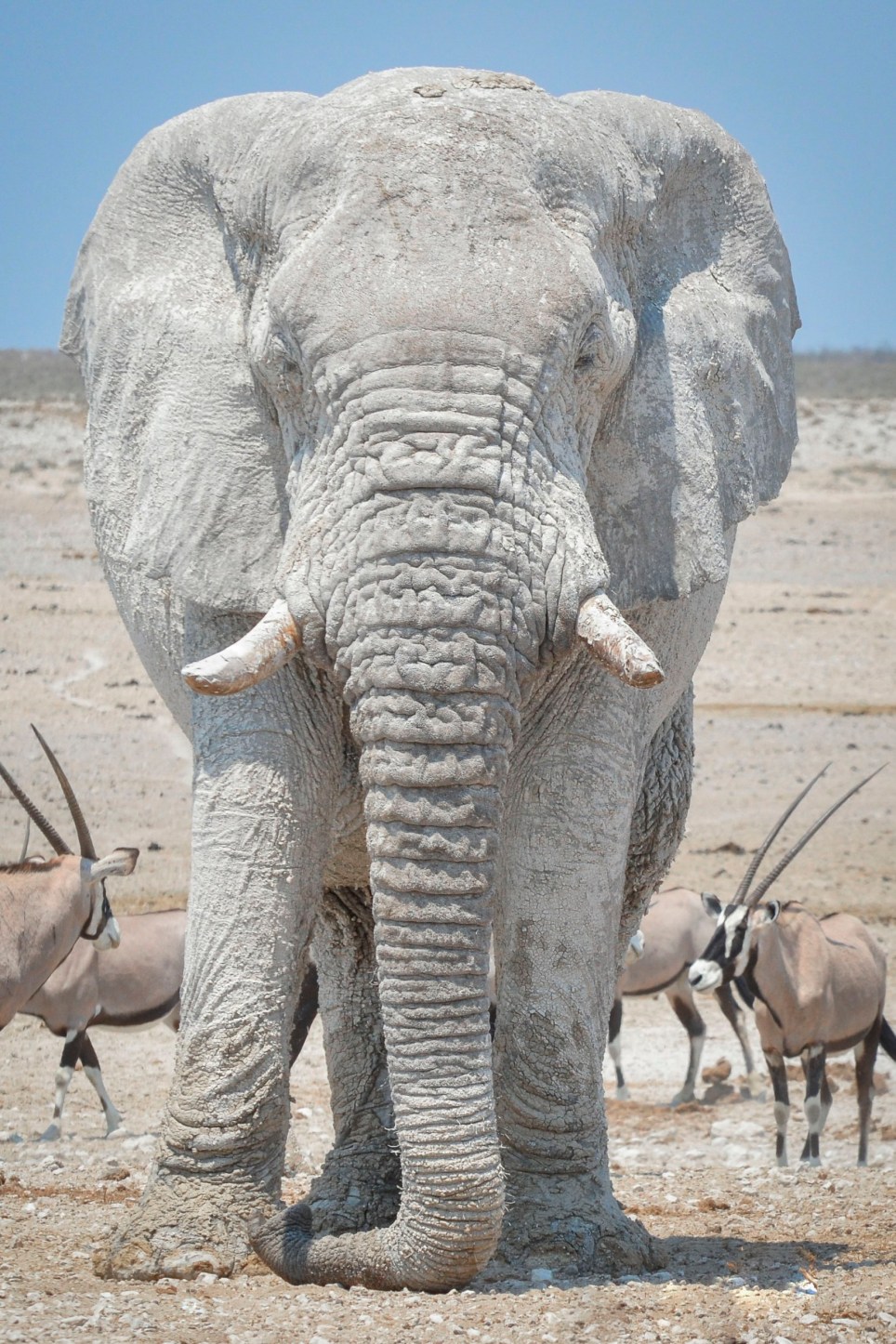 Despite appearing to be carved from stone, the white elephants have in fact smeared themselves in white clay (Picture: Caters) 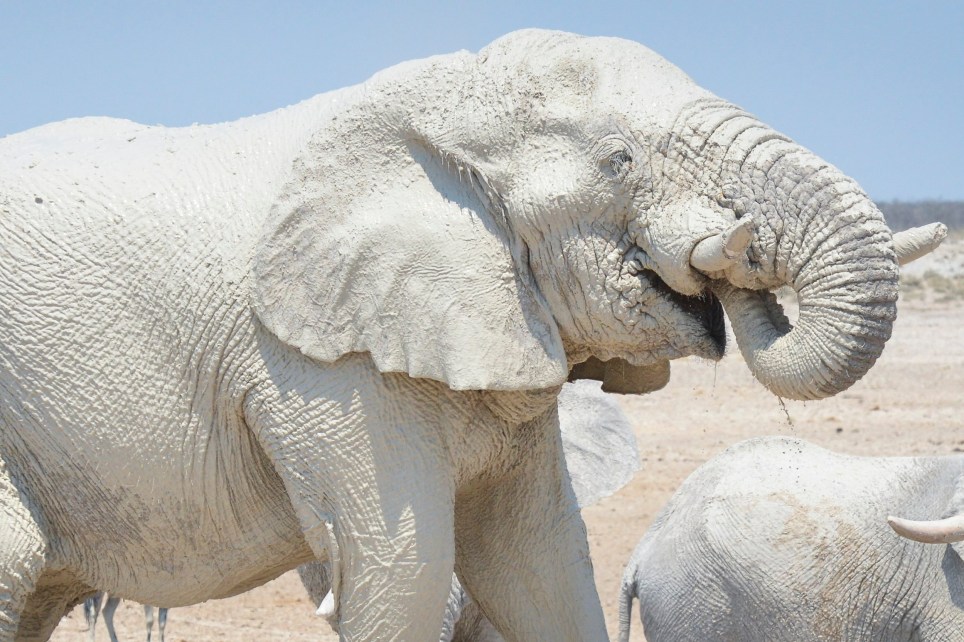 ‘The elephants use this clay and the calcite sand to coat themselves. It dries in the sun and lends them their white appearance. ‘People often think of them as great white marble statues and they certainly enthrall the visitors, especially those that have never seen the “white” elephants before. ‘A misconception is that they are albino elephants but this is definitely not the case. 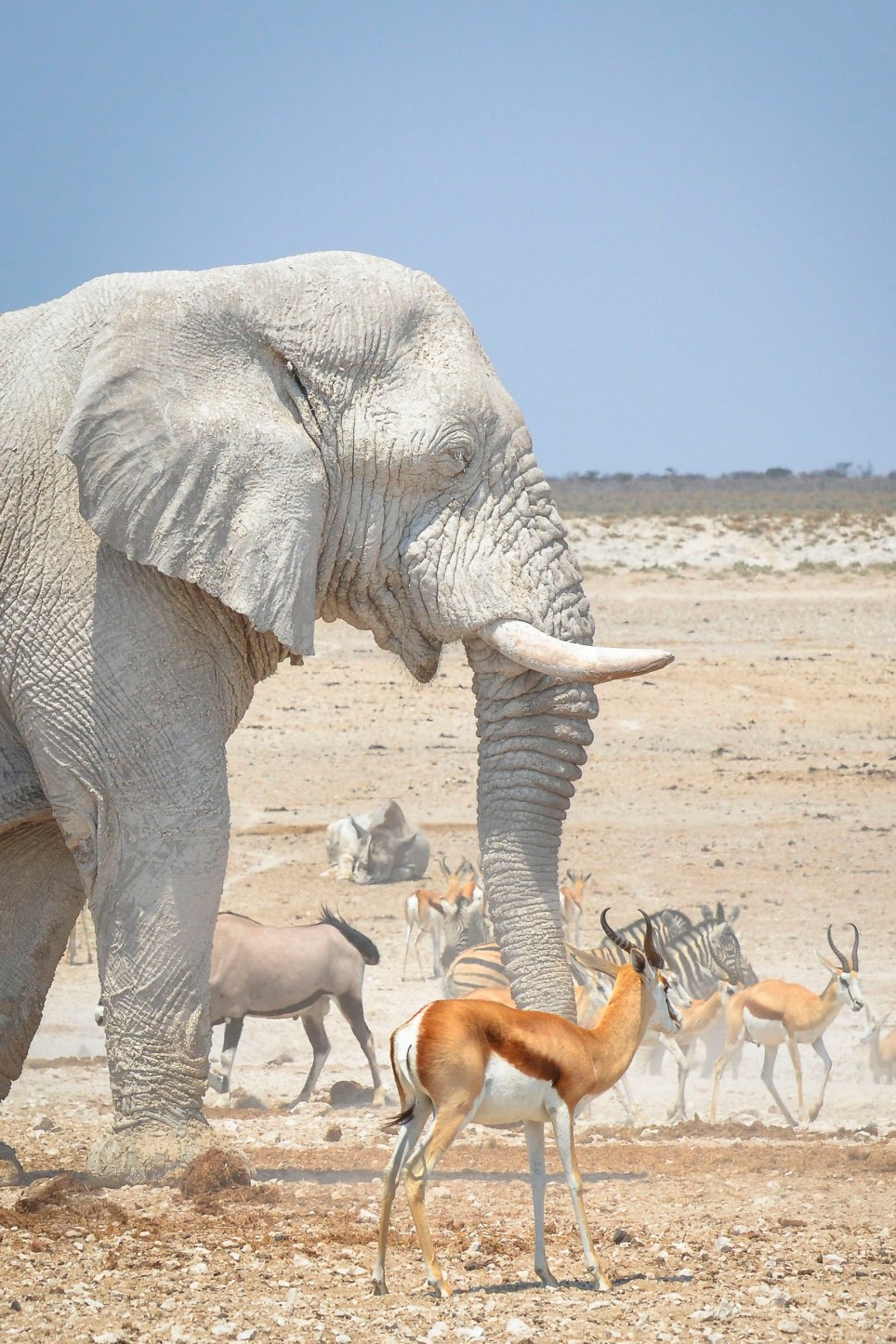 The animals use clay from the Etosha Pan to give themselves protection from the fierce sun (Picture: Caters)

‘Their interactions with each other are wonderful to watch. They wallow in the water, stomp on the ground, shake and flap their ears or quench their thirst. ‘It is not really rare to see them in Etosha, however, they are certainly unique to Namibia and the Etosha Pan. ‘I don’t think you get the ghostly white appearance anywhere else in the world.’