The most celebrated flower in the Netherlands is the tulip. In fact, the Netherlands is as famous for tulips as it is for cheese, clogs and windmills. Even though the tulip is the flower that causes the most hype, it only blooms for a short few weeks per year in April and May.

The good news is that there’s no need to have a fear of missing out, because throughout the year, you can still treat yourself to quality time in nature with dazzling flowers and plants!

Flowers, plants and gardens in the Netherlands

Despite being densely populated, the Netherlands has abundant gardens and flower celebrations that are perfect for a day out enjoying some typically Dutch scenery. If you feel disappointed that you’ve missed seeing the Keukenhof, arguably the most famous garden in the Netherlands, there are so many other gardens and flower-related attractions worth visiting. 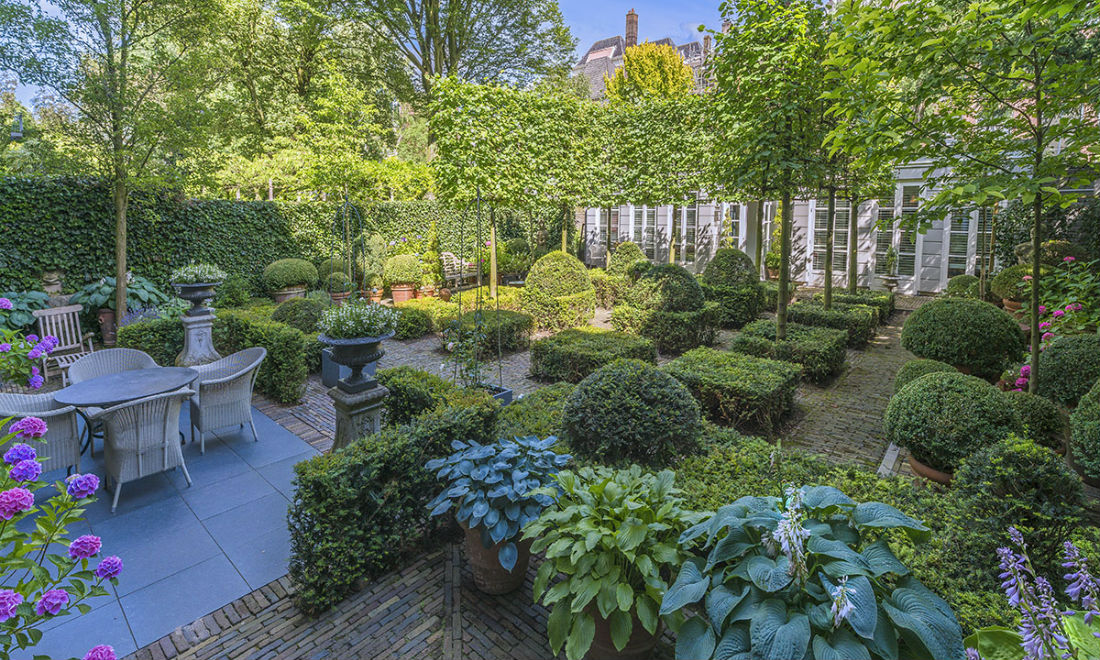 Open Garden Days is your ticket to hidden Amsterdam. For three days in June, more than 30 private Amsterdam gardens are open to the public.

The carefully selected gardens are like mini urban retreats, full of lush plants and flowers, impeccable taste and an eye for detail, making the most of the outdoor spaces they occupy. More than 30 gardens are participating for three special days from 10am to 5pm.

The five gardens where you can buy a ticket and start your garden discoveries are: Amnesty International, Museum Van Loon and Huis Marseille, located on Keizersgracht, or Cromhouthuis or Museum Willet-Holthuysen on Herengracht. A summer in Amsterdam is not complete without entering these secret gardens!

Clingendael Japanese Garden is a place of massive historic value and was even declared a national monument in 2001. Located between The Hague and Wassenaar, its name means “valley between the dunes” and is open to the public for free, eight weeks of the year.

The Japanese Garden at Clingendael Estate is easily
recognisable by its resplendent red bridge and overhanging lush green trees which are awash with coloured blossoms in springtime. Some of the garden’s features, like sculptures, were brought back from Japan in the early 20th century by the estate’s owner. 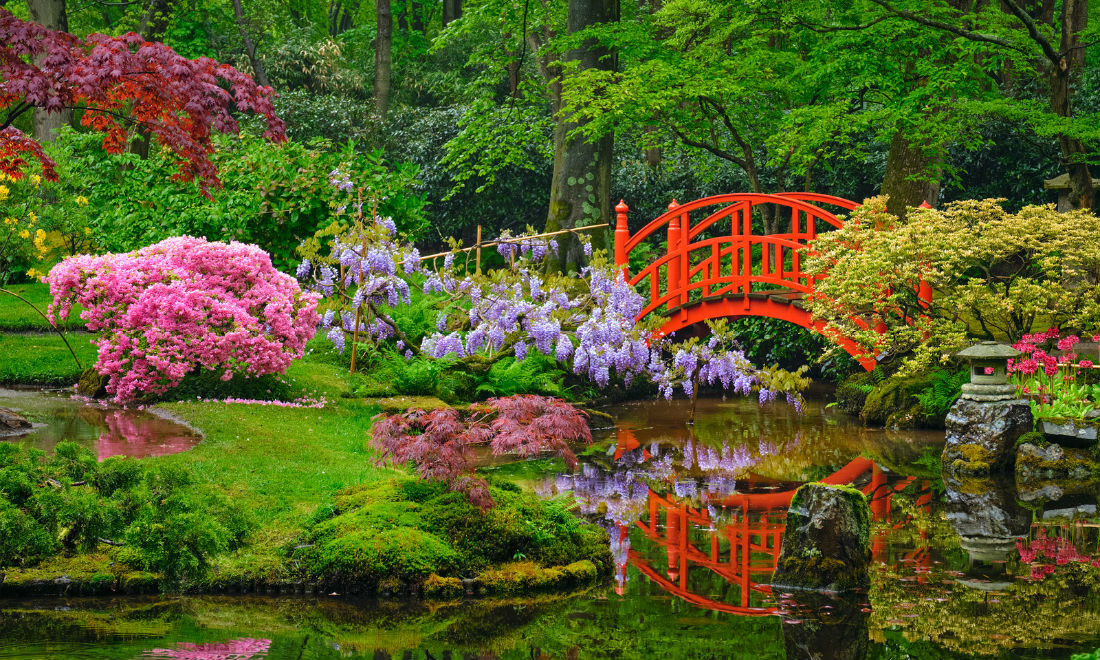 The botanic garden in Amsterdam, known by its Latin name Hortus Botanicus is an oasis of calm. You can visit any time of year and their glasshouses, also aptly known as winter gardens, are perfect for when you need a dose of tropical green warmth and glow!

Founded in 1638, the Amsterdam Botanic Garden is one of the oldest in the world! The Palm House is nothing short of spectacular. In July and August, the gardens even have an extended opening time!

It hardly gets more Dutch than this: boats adorned with flowers, floating along the canals and waterways of South Holland! In August each year, Floating Flower Parade takes place with more than 50 boats travelling past The Hague, Delft and Vlaardingen, embellished with chrysanthemums, sunflowers, orchids, dahlias and more. Some boats are even decorated with elaborate fruit and vegetable arrangements. 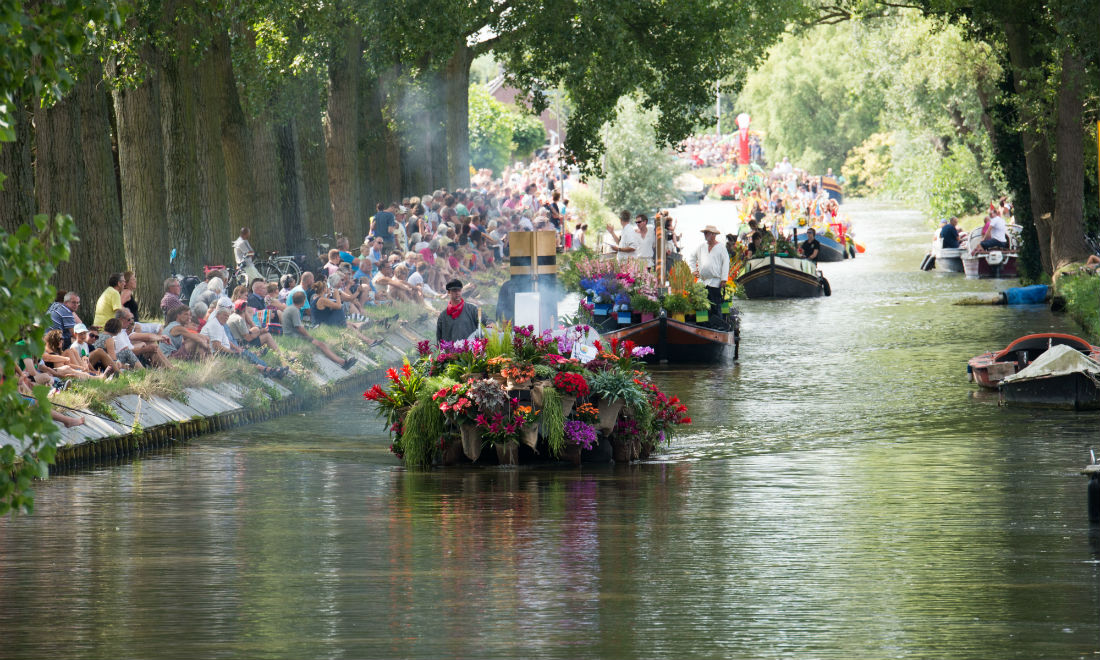 Aalsmeer, the flower capital of the world

The North Holland town of Aalsmeer is located 13km southwest of Amsterdam and has been dubbed the flower capital of the world, because the largest flower auction on earth is in Aalsmeer.

The Netherlands holds a 50 percent share of the worldwide flower trade, and an astounding 80 percent share in the bulb trade. Visitors can experience this world-famous auction for themselves from a special viewing gallery at FloraHolland in Aalsmeer!

The Aalsmeer Flower Festival has brought even more interest to Aalsmeer over the past five years. It takes place every June in two locations: the Bloemenlust which was formerly a flower auction venue and is now also known as “The Beach”, as well as at the horticultural museum of Aalsmeer.

You’ll have to wait for spring to come around again before you can see the jaw-dropping tulips – but it will be worth the wait! Keukenhof is the most internationally renowned showcase of Dutch flowers. With a special emphasis on flower bulbs, it’s no wonder that when people think of horticulture in the Netherlands, they immediately think of tulips, tulip bulbs and the Keukenhof.

Keukenhof, which means “kitchen garden”, has been around since the 15th century, and covers an impressive 32 hectares. The park first opened its gates to the public in 1950 and was an instant success, with over 236.000 visitors in the first year. These days, the Keukenhof welcomes 800.000 visitors annually.

The atmospheric outlay surrounding the pond with its beautiful perspectives and centuries-old beech trees has seen millions of bulbs flower since 1950. In August, the Keukenhof castle grounds host Castlefest, a fantasy-themed costume celebration of all things medieval. 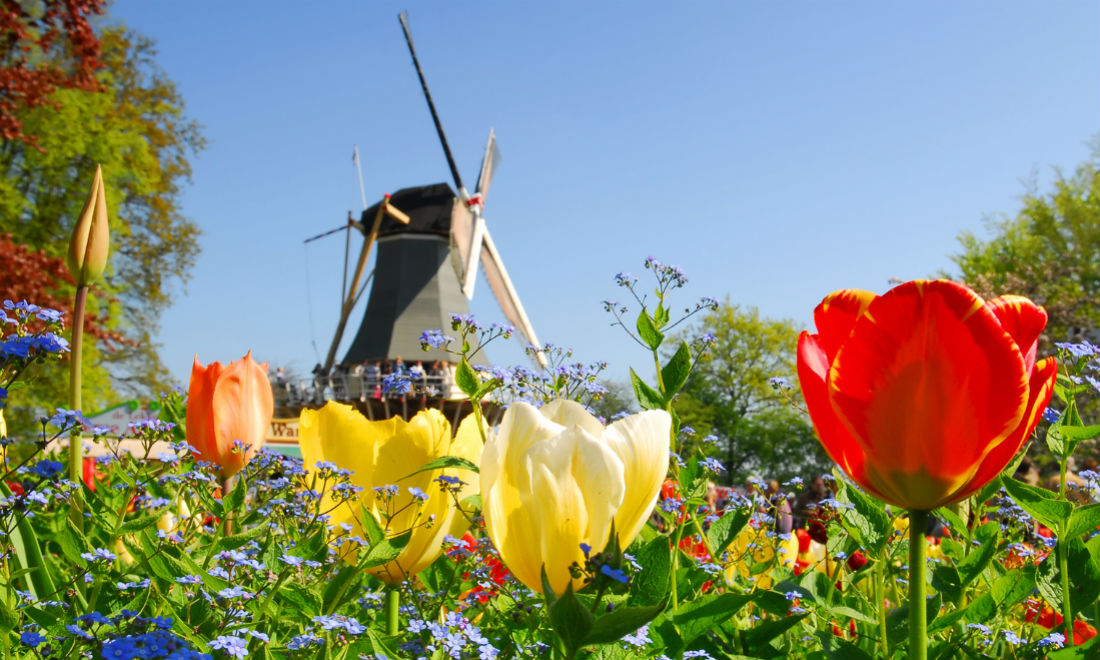 Flower parades of the Bulb Region

In late April and early May, the Flower Parade of the Bulb Region travels from Noordwijk to Haarlem each year. The striking flower sculptures are world-renowned! The Bulb Region (Bollenstreek) welcomes thousands of visitors to enjoy this dazzling flower and bulb celebration. Other wildly popular flower parades also take place in Zundert, Rijnsburg, Leersum.

The Bulb Region area surrounds Leiden, The Hague and Haarlem and the climate and soil of this region have been perfect for bulb cultivation over the centuries. These magnificent parades feature a remarkable variety of tulips and other flowers. 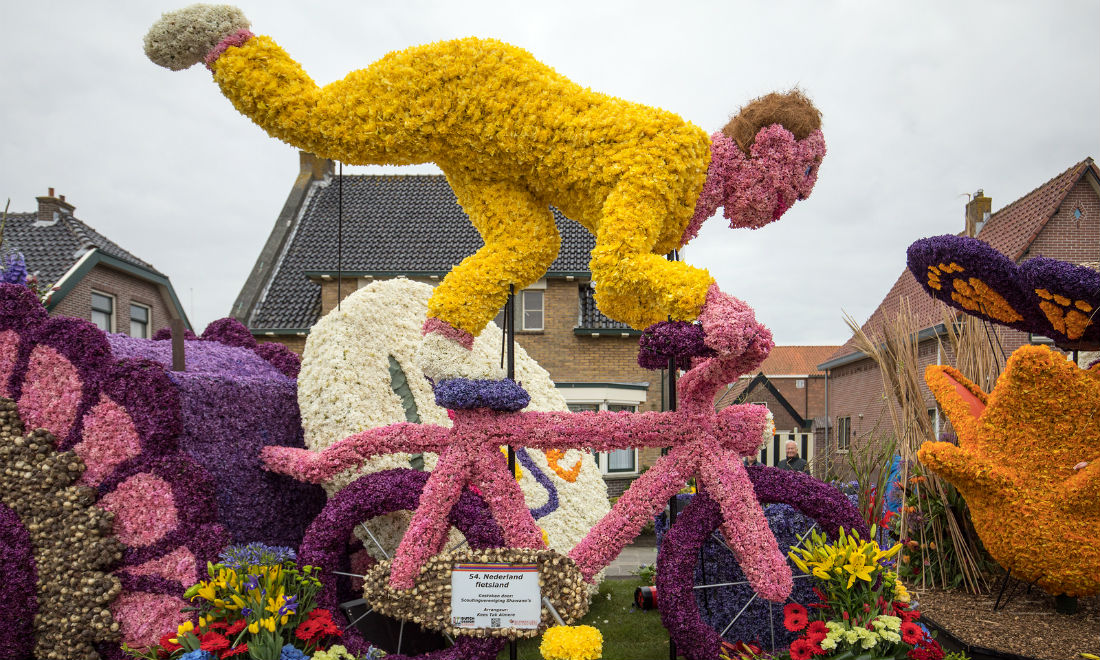 Open Gardens and Tulip Route on the North East Polder

Flevoland, to the east of North Holland and South Holland is renowned for its tulip fields, being the largest tulip field area in the country. That’s why, during tulip season in April and May, there is a well-devised Tulip Route of the North East Polder that you can travel by car or bicycle.

The land is more than four meters below sea level and was only reclaimed from the Zuiderzee in the 20th century. In such a short time, it has quickly become one of the go-to places during tulip season.

Some stunning gardens are open to the public during tulip season from 10am until 5pm, and for the rest of the summer, you can still access them by making an appointment in advance. Here are some gorgeous gardens to check out and put on your summer polder itinerary: Lipkje Schat Gardens, Pegasushof Gardens, Goldhoorn Gardens and Stekkentuin Gardens.

Dutch flowers, plants and gardens for any time of year

No matter what time of year it is, you can enjoy the beautiful flowers, plants and gardens across the Netherlands. Organise your visit to one of the Dutch open gardens this summer, visit the Amsterdam botanic gardens no matter the weather and start dreaming of your celebration of the blooming of next spring during tulip season!