After the heavy rain, the elephant “bathed in mud” and was stained yellow by the soil. 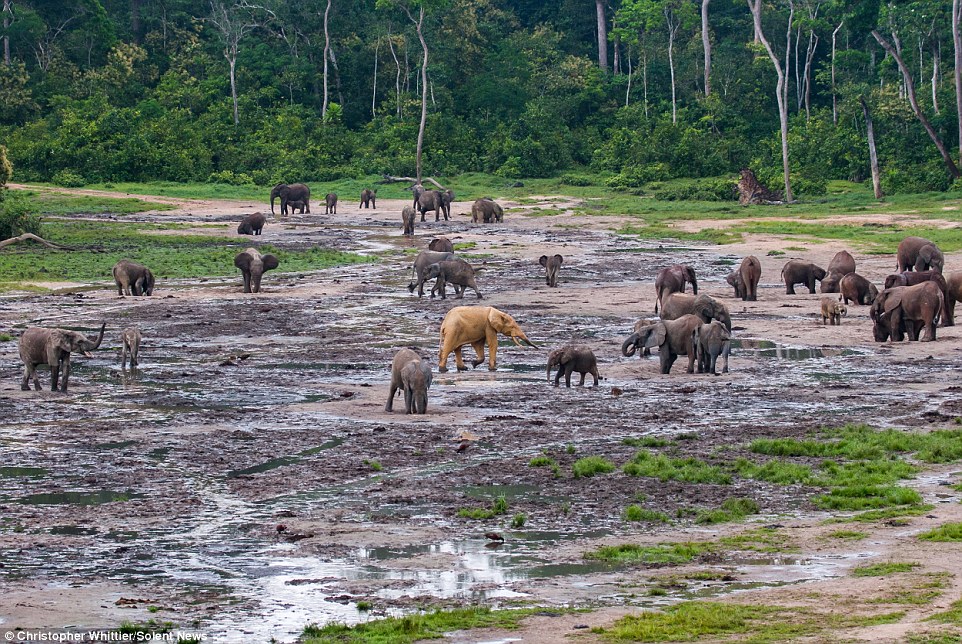 Among a herd of gray elephants, it’s not easy to stand out.

But one elephant seems to have done it, becoming more brilliant than the other elephants. Elephant plunges into a mud bath after heavy rain

The golden elephant is one of about 150 rare African forest elephants to visit this vacant lot, Daily Mail reported on February 1.

Mr. Whittier, who lives in Massachusetts in the US, said the elephant had a “mud bath” and was stained yellow by the soil.

The 48-year-old said: “Before that, it rained quite heavily. So a lot of mud got on the elephants’ bodies.

“But this particular elephant alone is “thoroughly” dyed yellow, not missing a spot.” 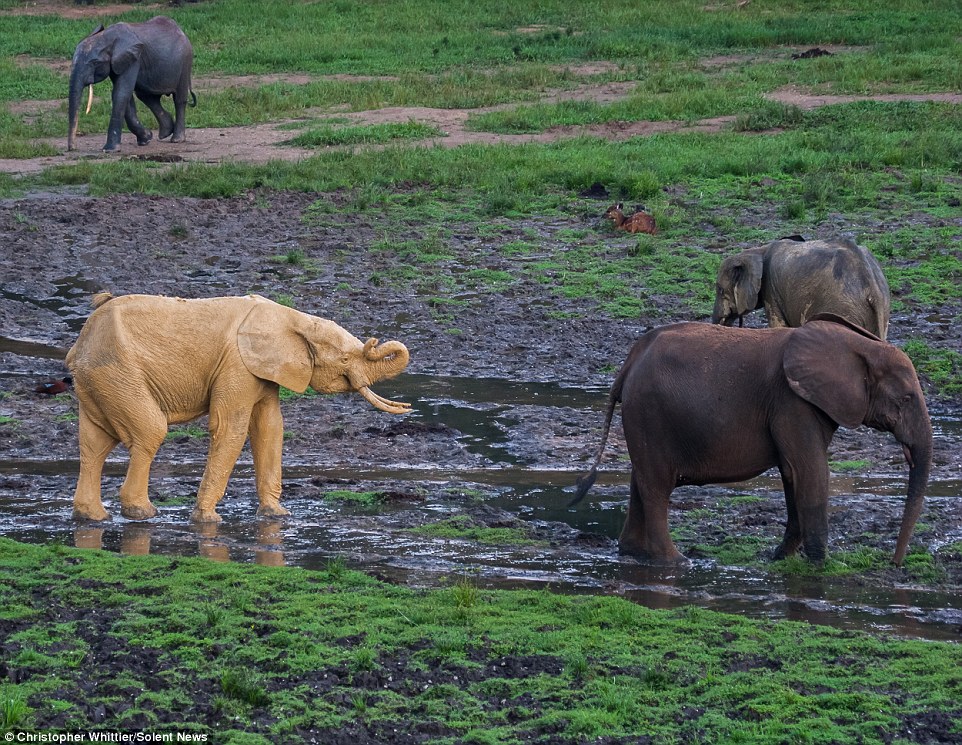 Mr. Whittier said each of these wild elephants can weigh about 3 tons and reach 2.4m tall. He observed them 50 meters away for 3 hours.

The African bush elephant is an endangered species from poaching. In 2013, scientists estimated this species could become extinct within the next 10 years.

Mr. Whittier said seeing so many elephants was “very special” as they rarely gather in groups of more than four or five individuals.

Only this particular elephant is “thoroughly” dyed yellow, not missing a place