An Australian dog is still recovering from a hilarious case of mistaken identity. On October 6, 2019, Tony was out in his yard in Adelaide, South Australia, with his owner Henry when a baby koala leaped onto his back. The bewildered pooch squirmed around to nudge the adorable joey, which was clinging to its fur, off his body. Every time he thought he had succeeded, the smart koala found a way to clamber back on. 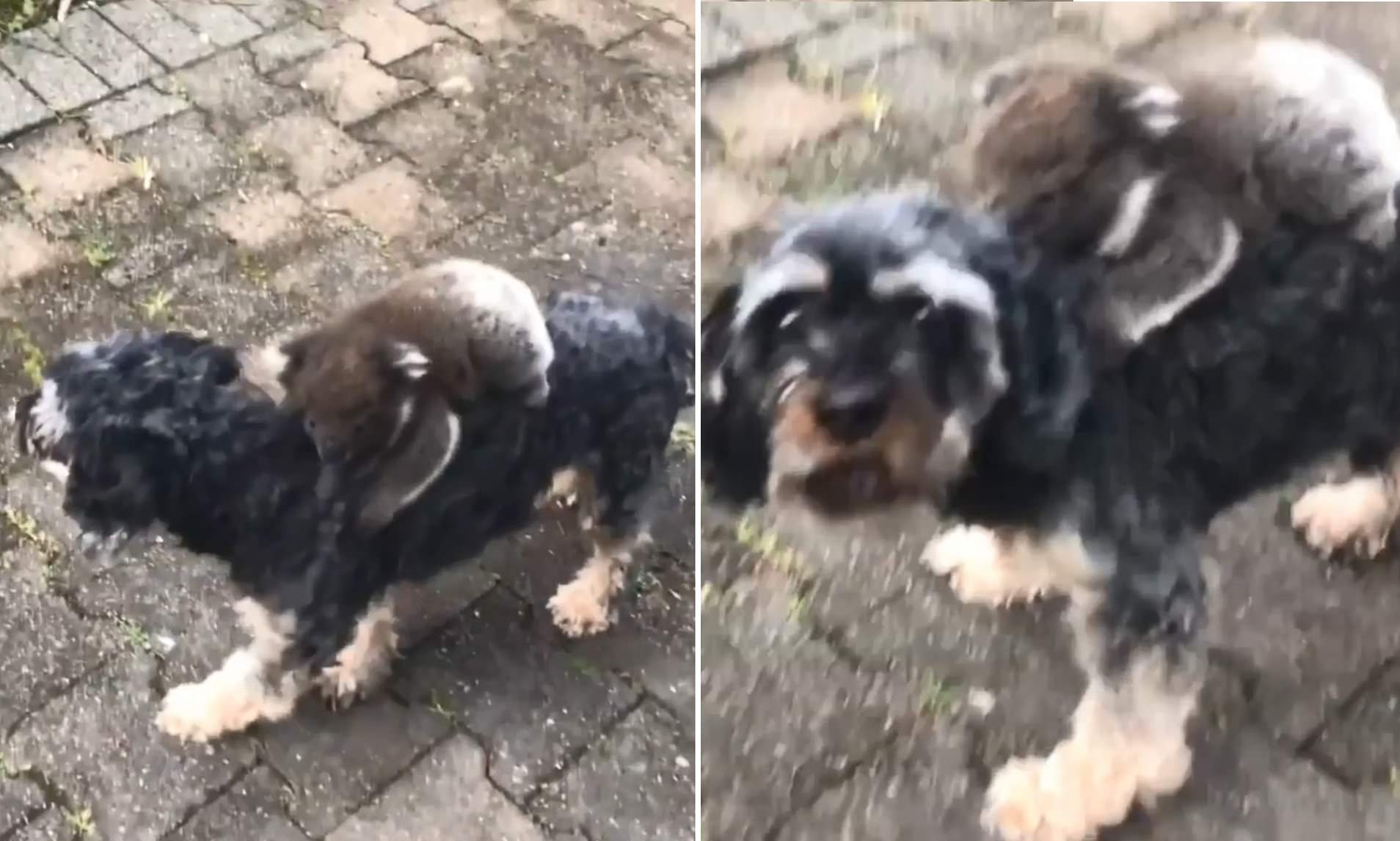 The gentle pooch eventually managed to get rid of the koala by rolling on his back, at which point the marsupial scurried back into the trees in search of its real mom. Henry, who caught the entire scene on camera, says the koala, who lives in his backyard, is newly independent of its mother. He speculates it may have mistaken his friendly and tolerant dog for its parent. 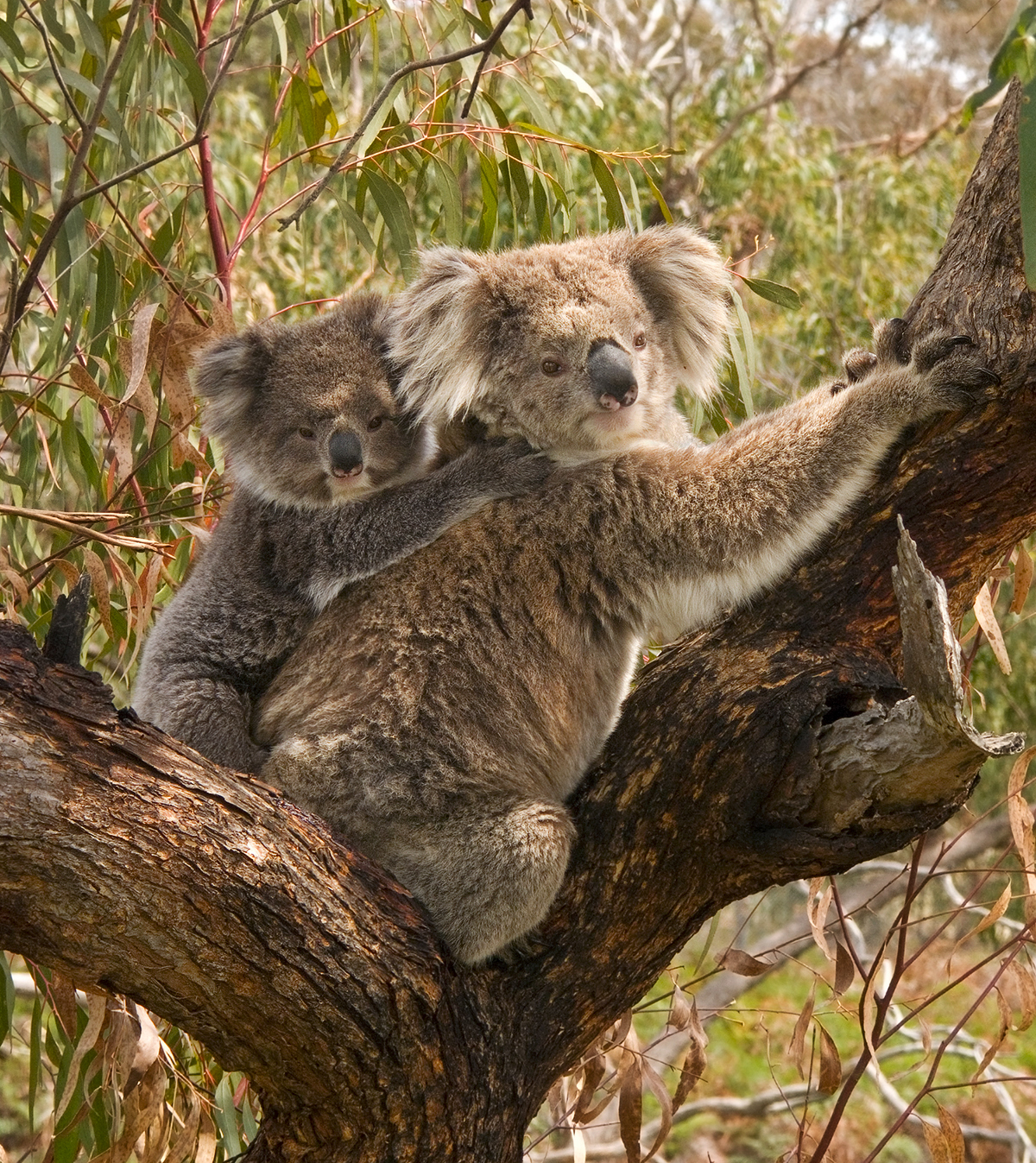 Though often referred to as “bears,” koalas are not a member of the Ursidae family of mammals to which conventional bears belong. Instead, the animals, which are endemic to Australia, are herbivorous marsupials similar to kangaroos and wombats. Koala babies, which are the size of a bee and blind when born, spend the first six months of their lives nestled inside their mother’s protective pouches and the next six clinging onto their backs or bellies. The nocturnal animals depend solely on eucalyptus leaves for their survival, consuming as much as 2.5 pounds a day, even storing some in the pouches of their cheeks as snacks for later. In addition to providing them with nutrition, the distinct smell of eucalyptus oil the animals emit also helps keep predators at bay.

11 Things You Should Know About Australian Culture

Must-Visit Attractions in the Kimberley, Australia