A fortnight is barely enough time for a traveller to scratch the surface of everything Australia has to offer, but if you’ve only got two weeks Down Under, here’s a whirlwind itinerary that crams in all the must-see Aussie attractions.

Day one: Kick off in Cairns

Start your sojourn in tropical North Queensland, flying into the largest city in this sun-drenched region. Cairns is a tourist hub that bristles with great activities and day trips — there’s the newly opened aquarium and relaxed esplanade in town, as well as day trips into the prehistoric Daintree Rainforest and Atherton Tablelands, up to the mountains via the Skyrail Rainforest Cableway and the Kuranda Scenic Railway, or cruising to the many islands that surround the city — but the most colourful highlight is clearly the Great Barrier Reef, a 2,300-kilometre stretch of coral reef that spans the Queensland coastline. There are plenty of eco-friendly tour operators than can organise your snorkelling adventure from town. 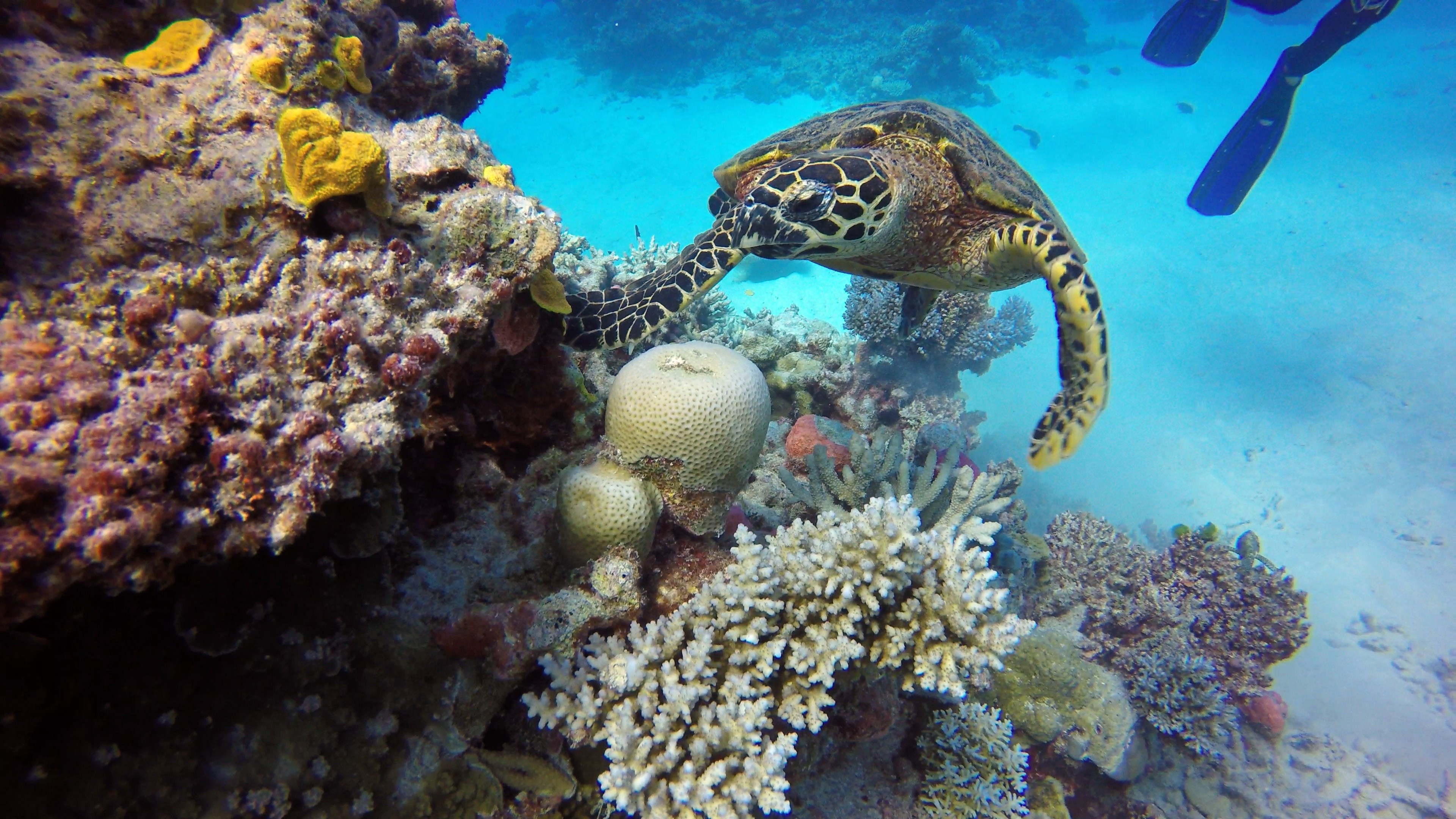 Sadly, the spectacular Whitsunday Islands south of Cairns are a little too far to squeeze into this rapid two-week itinerary, but you can still plant your feet on the white sand of a tropical island on a day trip from Cairns. There are almost a thousand islands dotted along the Great Barrier Reef but Fitzroy Island and Green Island — both connected to Cairns by a simple 45-minute ferry — are your best options for a quick trip to a tropical paradise. 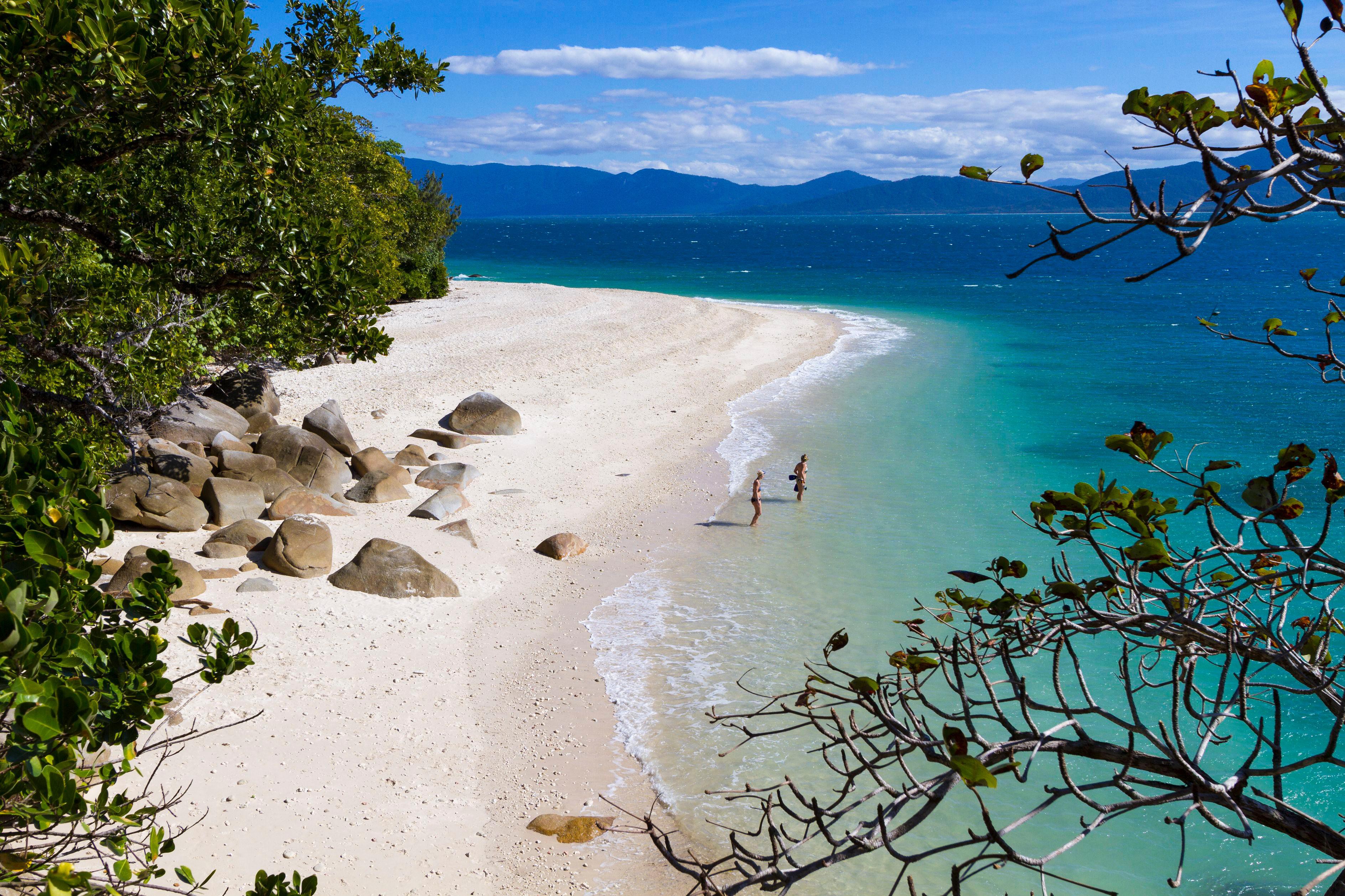 There are several daily flights (roughly two hours) south from Cairns to the Gold Coast, an area renowned for its nightlife and skyscrapers but offering so much more to visitors who look beyond the old-school cliches. The Goldie is home to 50-plus kilometres of golden sand, including gorgeous beaches like Burleigh Heads, Currumbin and Broadbeach, as well as a number of outdoor treats away from the coast, such as the pristine hinterland of the Springbrook National Park, the tranquil Tamborine Mountain, and the native bird life fluttering around the Currumbin Wildlife Sanctuary. 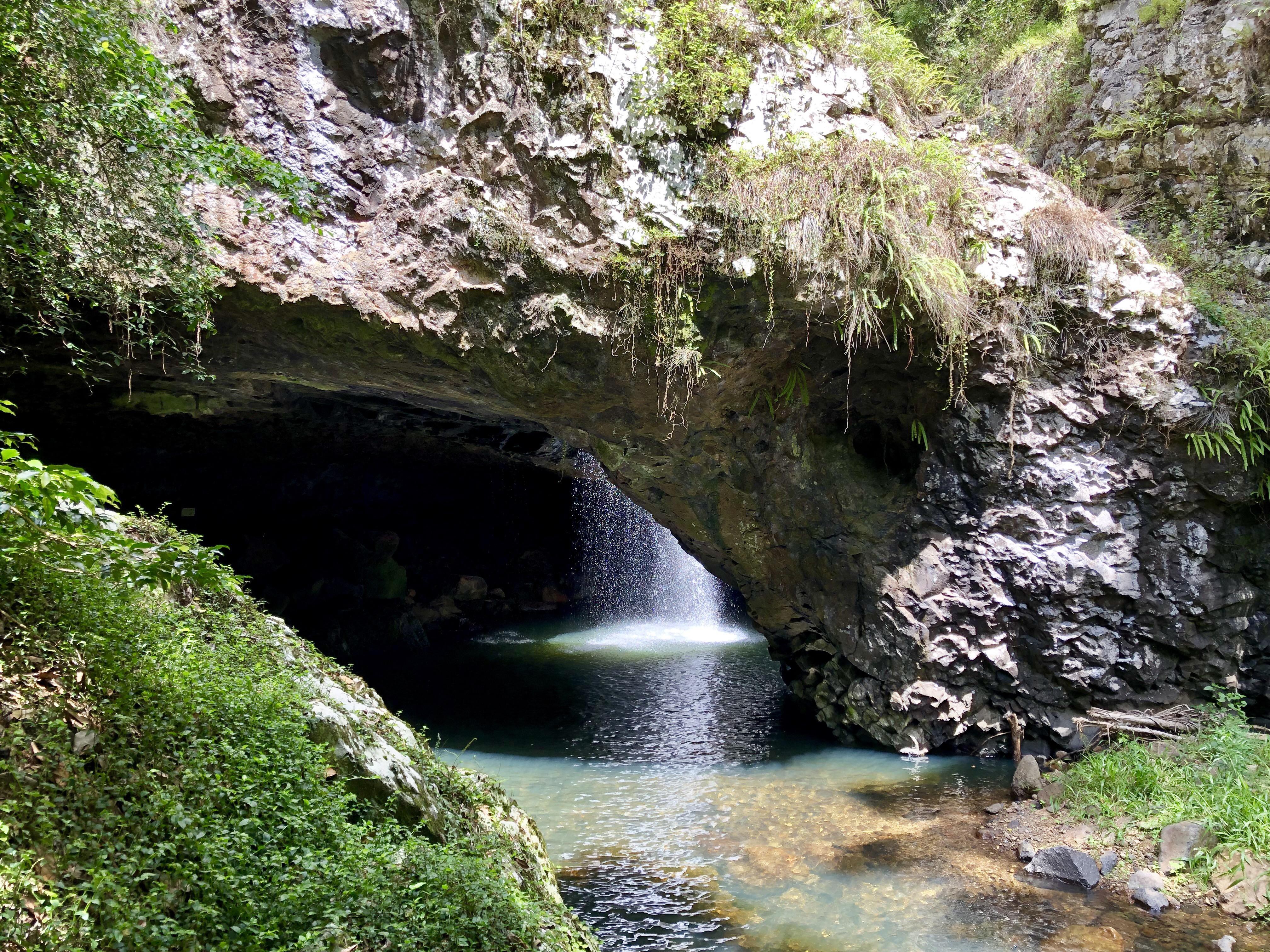 You only need to drive for an hour or so across the border between Queensland and New South Wales to hit the hippie haven that is Byron Bay. The most easterly point on the Australian mainland is many things to many different travellers. There’s great nightlife for backpackers, good surf breaks for beach bums, yoga studios for new-age types, upscale cafes and eateries for city-dwellers on their weekends away from the big smoke — but every visitor falls in love with Byron’s chilled-out, laid-back vibe. 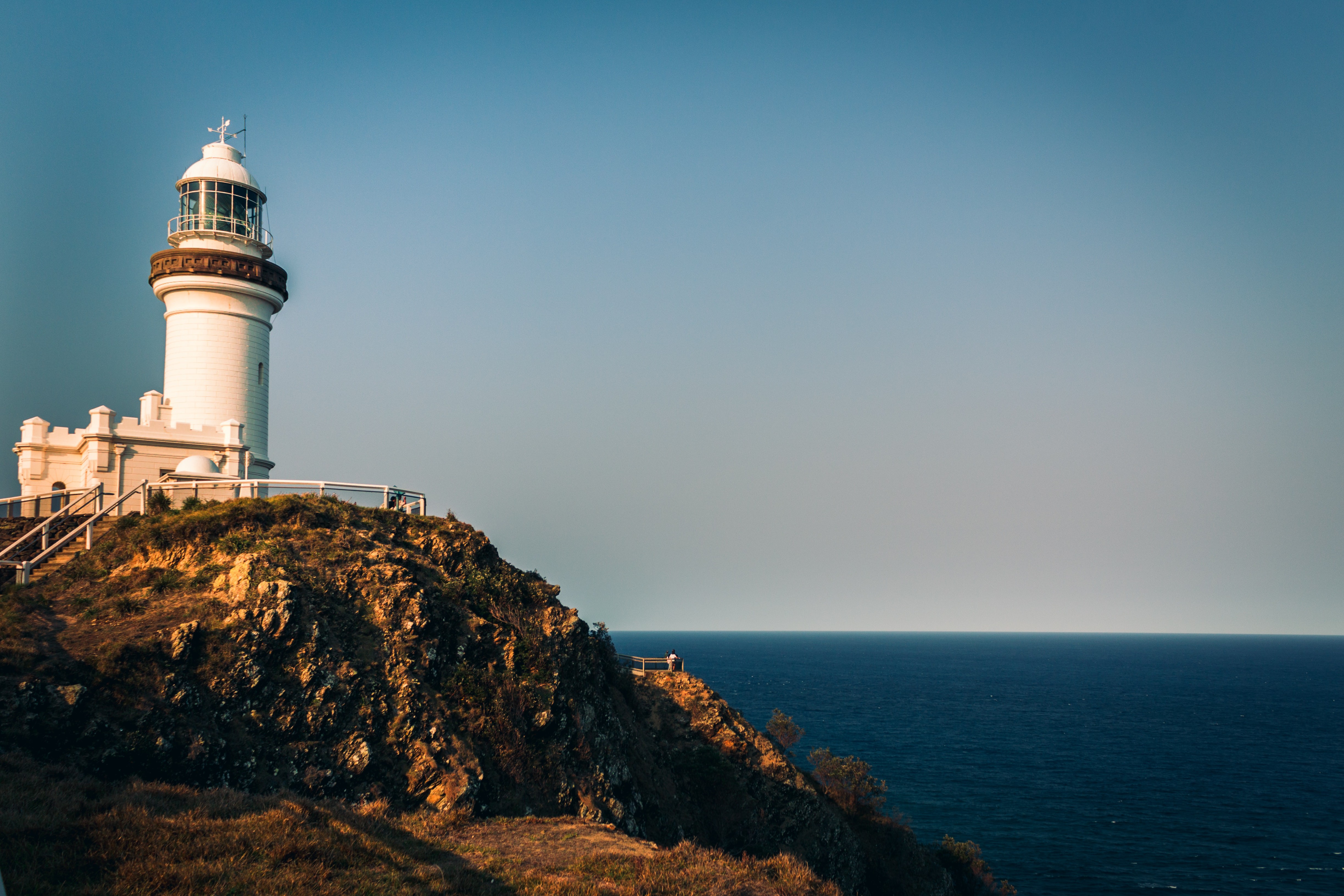 You’ll need at least four days to tackle Australia’s largest city, an hour’s flight south of Byron-Ballina airport, with regular services on several budget airlines. The country’s biggest metropolis is also its most irresistible tourist drawcard, thanks to iconic attractions like the Sydney Harbour Bridge and the Sydney Opera House, as well as the countless city beaches scattered around the harbour and coast.

Invest one day in those postcard perfect landmarks perched on the Harbour — the Bridge and the Opera House — as well as the other big-ticket items in the inner city, like the Rocks and the Botanic Gardens. 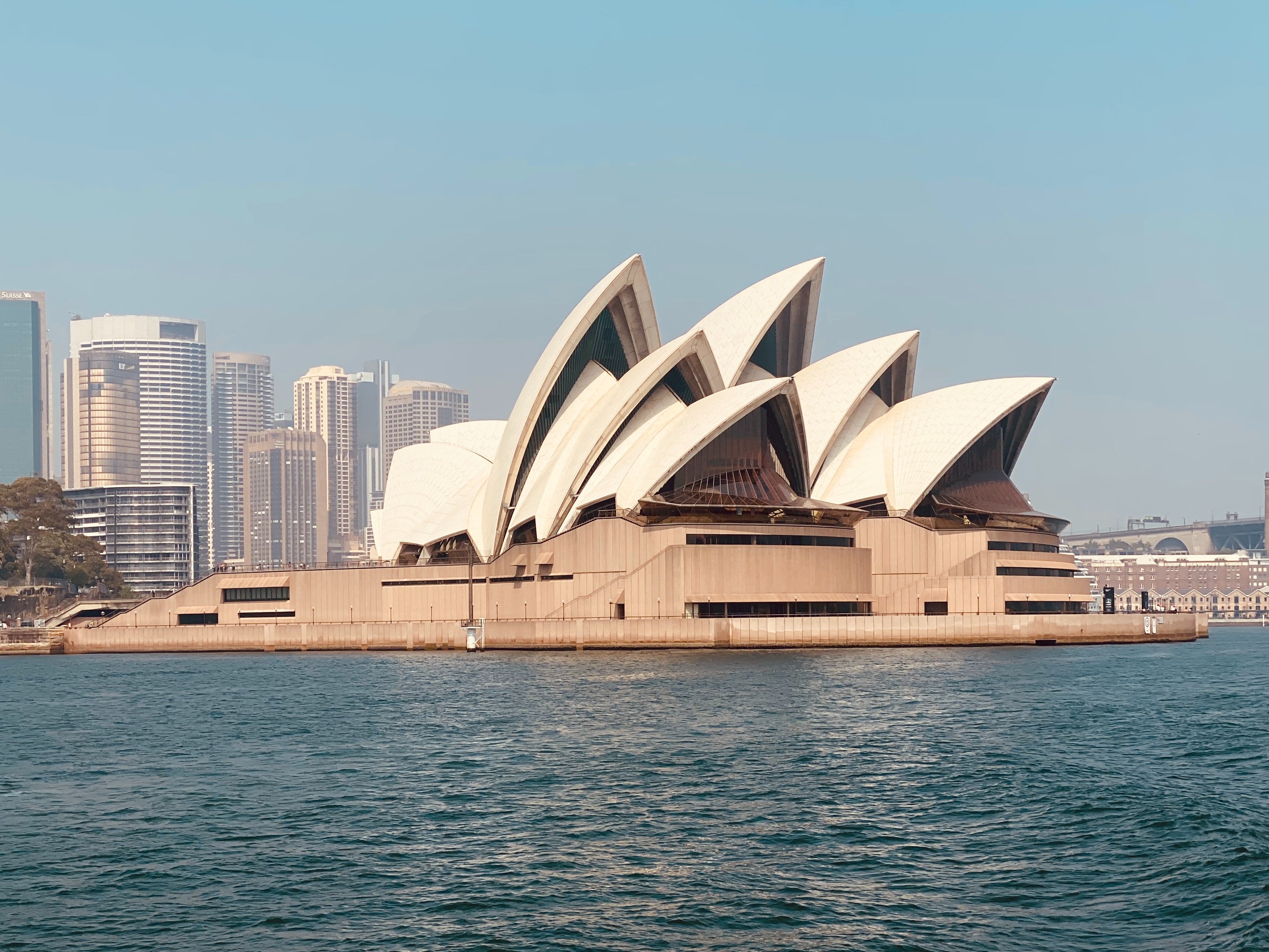 Spend one day venturing north of the Harbour — catch the iconic ferry to Manly for a dip at the beach then pop into the waterfront Taronga Zoo on your way back to Circular Quay.

It’s also well worth exploring the southern segment of the city, venturing south of the Bridge. Start at the unmissable Bondi Beach then stroll the coastal walk to Coogee, a walk that takes in some of the most jaw-dropping ocean scenery you’ll find anywhere in Australia. The Royal National Park is another jewel in southern Sydney. 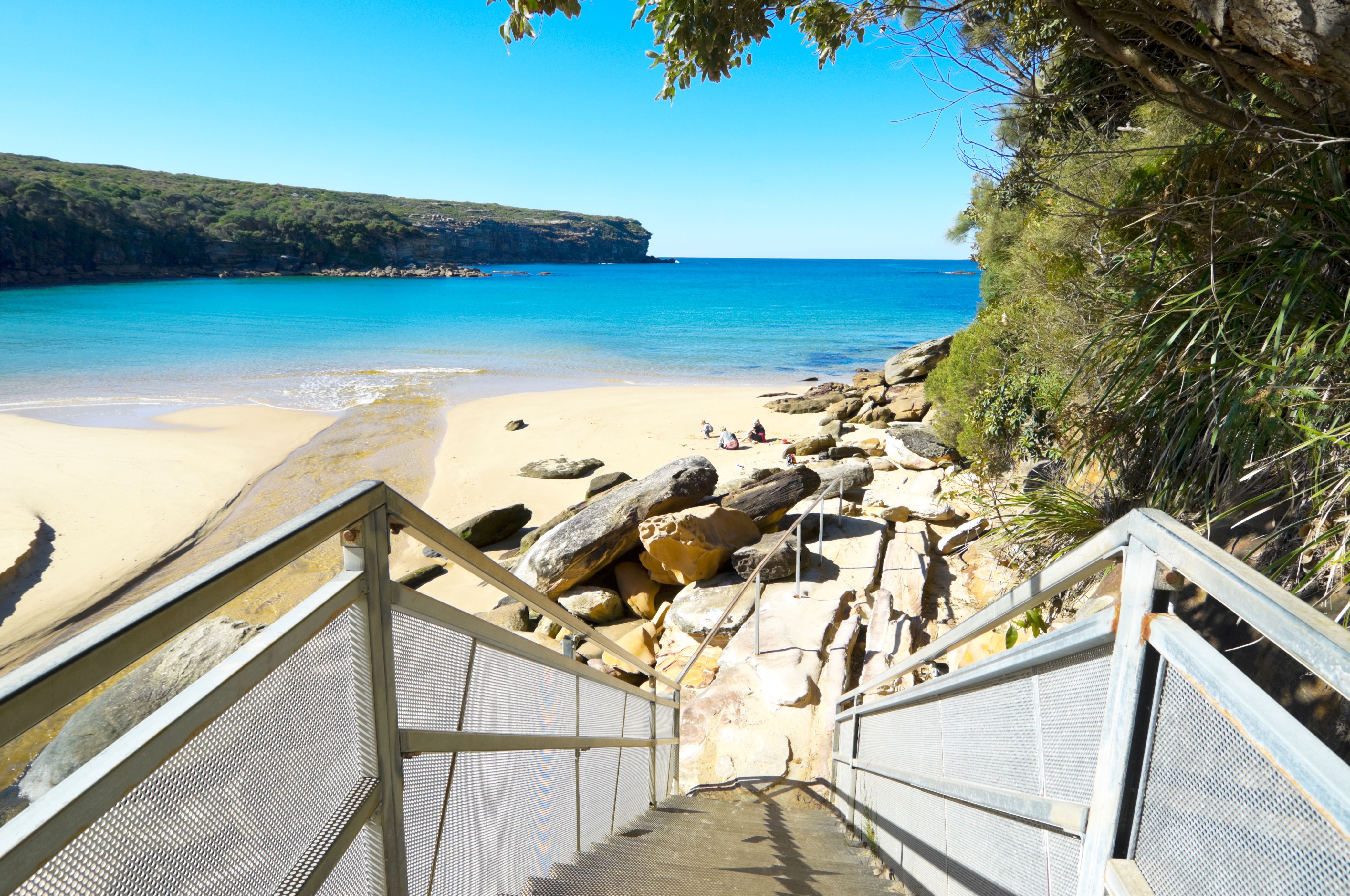 Don’t overlook one of Sydney’s best aspects: the string of great destinations right on its doorstep. Take a day trip to the bushwalks of the Blue Mountains, the wineries of the Hunter Valley, the beaches of the Central Coast or the South Coast, or the exciting city of Newcastle.

Dozens of comfortable one-hour flights a day link Sydney and Melbourne, Australia’s second biggest city. The Victorian capital prides itself as being the nation’s capital of coffee, sport and culture, and those three things should provide your guide for three days in Melbourne.

Spend day one wandering the intoxicating laneways of the inner city, sniffing out a cracking cup of coffee at the cafes that line the likes of Centre Place and Flinders Lane, and snapping the street art on the walls of Hosier Lane and Presgrave Place. 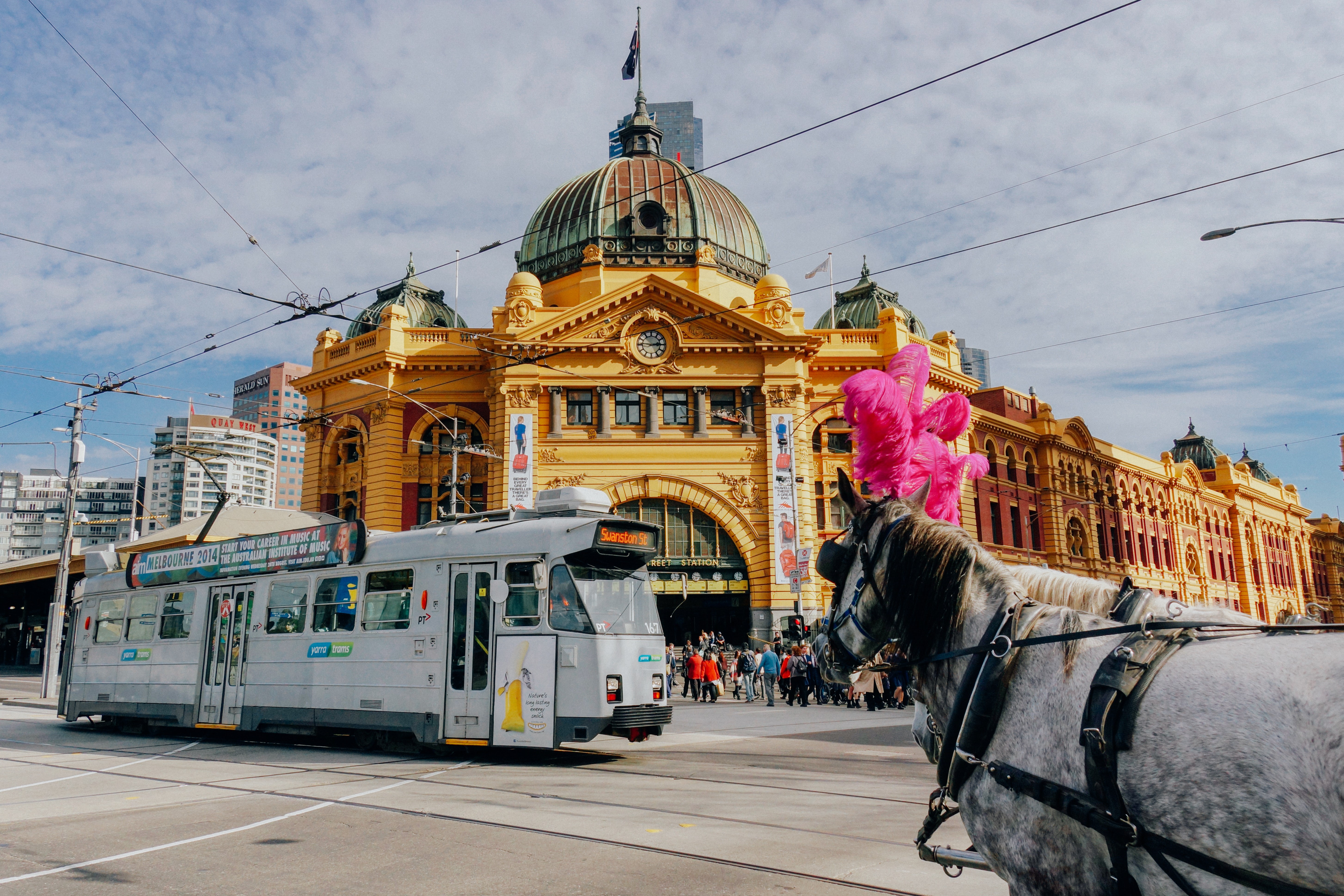 Speaking of art, use day two to visit cultural institutions like the National Gallery of Victoria, Australia Centre for the Moving Image (ACMI) and the State Library. Melbourne’s art and music scene is regarded as the best in the country.

Then head to the Melbourne Cricket Ground to see Australia’s most revered sporting cathedral on day three, popping into the National Sports Museum or even a game of footy or cricket if you’re lucky enough with the timing of your trip.

The beaches up north might be warmer, but the strips of sand that span the Victorian coast are even more spectacular. It’s this dramatic coastal scenery that makes the Great Ocean Road a compulsory item on this itinerary, covering 240-odd kilometres of windswept Southern Ocean seaside. After driving west out of Melbourne, plan pitstops around photo opportunities like the 12 Apostles and Loch Ard Gorge — rock formations that have been carved by millennia of weathering — and spend the night in the quaint fishing village of Port Fairy, which marks the official end of the road trip.

Cross the border into South Australia then keep following the Limestone Coast until you reach Adelaide, itself a dynamic city that’s worth a visit for its exciting food and drink scene. The Blue Lake and Umpherston Sinkhole in Mount Gambier, beaches on the Fleurieu Peninsula and the wine in McLaren Vale are all worth a stop along the way.

The road trip from Adelaide to Uluru passes through 15 hours of unforgettable outback terrain, but if you can’t tack that time onto your quick two-week trip, catch a flight to the Red Centre via Alice Springs instead (there are multiple daily services from Adelaide). Let the sun set on your time in Oz by watching the sun set on arguably the country’s most iconic natural landmark. The enormous sandstone monolith that glows red at dawn and dusk, which produces a magical experience for travellers taking it by foot or bike, on the back of a Harley Davidson or a camel, or with a bird’s eye view from a hot-air balloon. 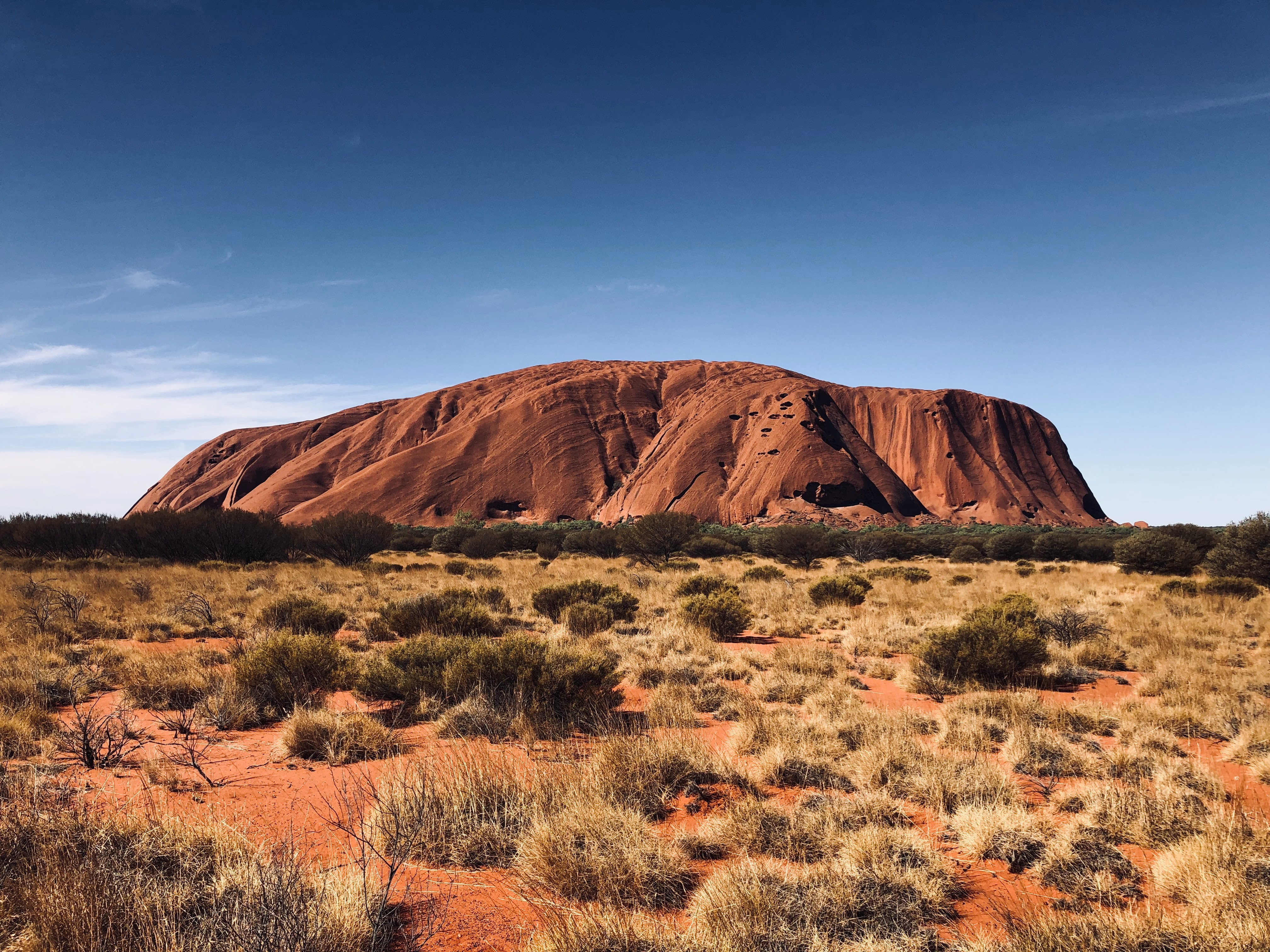