When The Sound of Music premiered in 1965, it wasn’t an instant success, described by one critic as ‘icky sticky.’ It was particularly unpopular in the country it is based, Austria, where the German-language film ‘Die Trapp Familie’ was considered far more superior. However, today is a universally loved classic, and every year thousands flock to the city of Salzburg to walk in the footsteps of the Von Trapps. Here are a few of our favorite sites featured in the film.

You’ll recognize this majestic palace from the scene in which Maria and her musical troupe frolic through the gardens and around the Pegasus fountain, jovially singing ‘Do-Re-Mi.’ The scene closes with the famous family standing before the picturesque rose gardens as the song reaches its climax. The Mirabell Palace was erected in the 1600s by Prince-Archbishop Wolf Dietrich and today serves primarily as a venue for weddings. 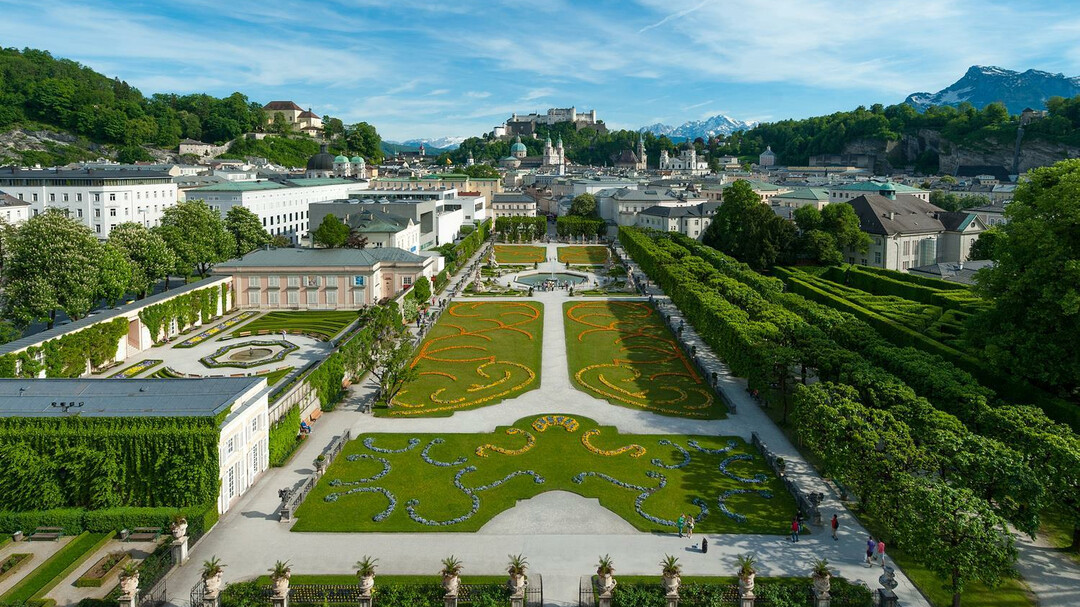 The Felsenreitschule, or Summer Riding School, dates back to the 17th century, designed by Baroque architect Johann Bernhard Fischer von Erlach. Today it is one of Salzburg’s most popular concert venues, able to accommodate around 1,500 people. The Riding School features in The Sound of Music scene where Maria, the captain, and the children participate in a competition, performing their songs on the stage shortly before fleeing to Switzerland to escape the Nazis. Karajan Square and ‘The Horse Pond’

Appearing in the film when the family drives past through the square in a horse-drawn carriage, this historic location is a must-see. Originally built in the 17th century, the pond was originally intended to be used to wash the archbishop’s horse’s feet and has remained meticulously maintained since.

This impressive gothic structure stands beneath the Festungsberg mountain. Adorned in elaborate ornamentation, the abbey is beautifully preserved, with frescoes and murals dating back to the 12th century. It is also one of the most important locations for The Sound of Music fans, as it is where the story begins – it is where Maria was sent by her abbess. 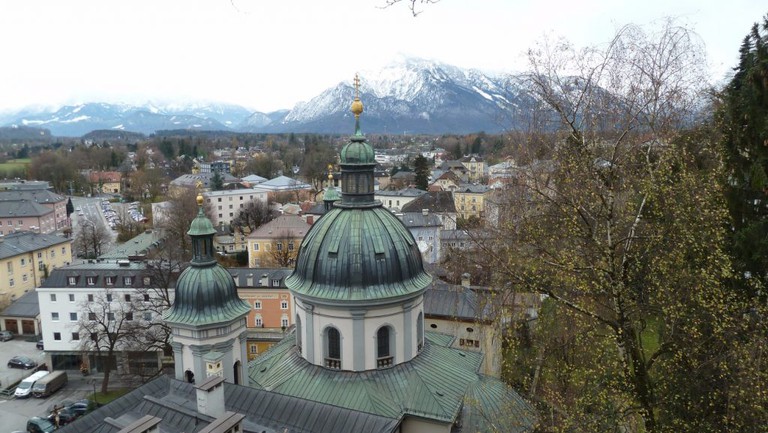 Maria and the children pass this historic fountain as they sing from a horse-drawn carriage. Designed by Italian architect Vincenzo Scamozzi, this beautiful monument contains a combination of leaping horses, dolphins and the Greek god Tritan, who holds a shell-trumpet which shoots water from its end. 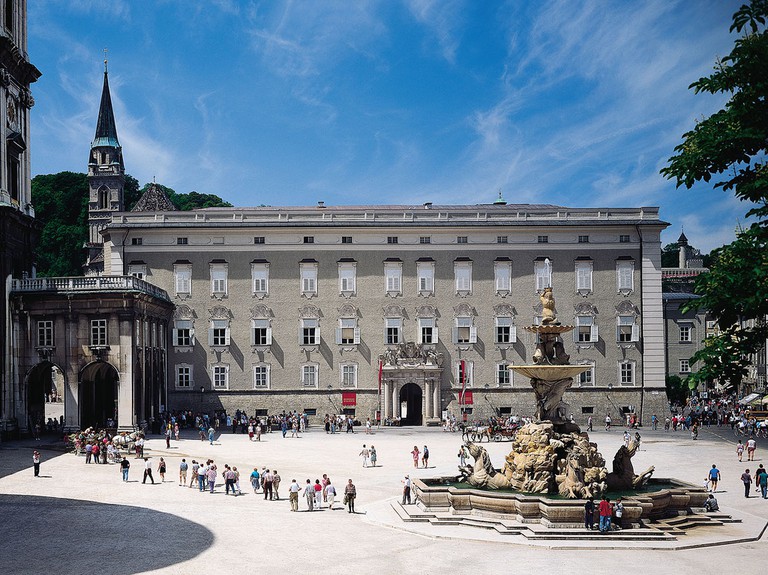 The ‘Venetian Room’ of this magnificent palace was replicated exactly in the film, and many scenes were shot on the grounds. This location is one of the most popular for fans of the movie, as they can stay overnight in the Hotel Schloss Leopoldskron, to get the true Von Trapp experience. 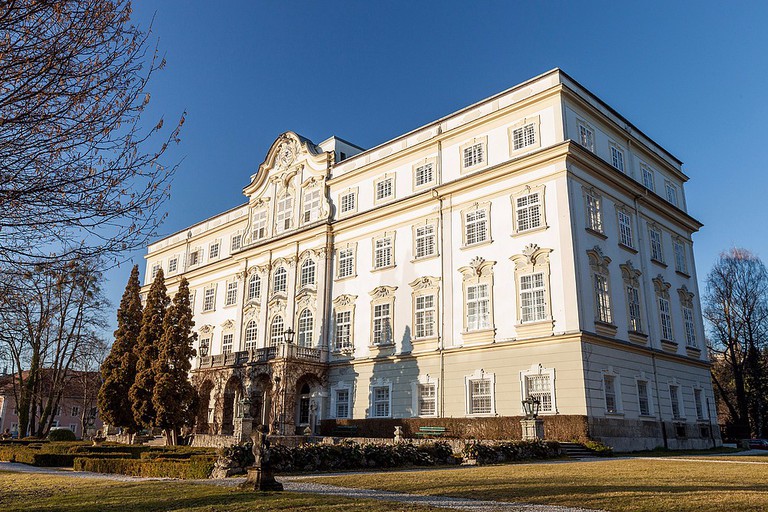 This spooky yet atmospheric monastery was founded in the 7th century, making it the oldest monastic order in the German-language world. The catacombs appear in the movie when the Von Trapp family attempt to hide from the Nazis before escaping to Switzerland. Elegantly decaying and uniquely designed with Romanesque, Renaissance, and Rococo elements, the sight is definitely worth a visit for those who aren’t fans of the musical as well as those who are. 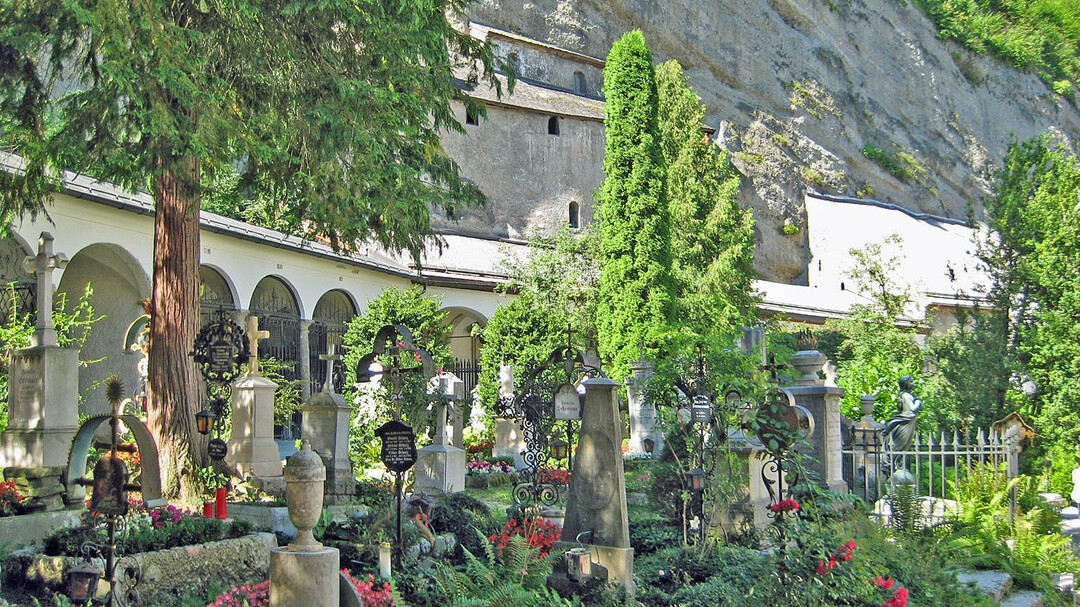 The Most Unique Experiences You Can Have in Austria

10 Most Enchanting Small Towns for your Trip to Austria