Wake up mom, we want to play! These lively polar bear cubs clambering on top of their snoozing mother will melt your heart.

Out of the winter den and on the way to the pack ice to hunt for seals, this exhausted bear is just trying to squeeze in a quick nap – but her adorable cubs had other ideas.

After bouncing up and down on their patient mother as she tried to get some shuteye, they finally settled down for a cuddle.

They were caught on camera by award-winning Swiss photographer Daisy Gilardini, who spotted the trio during a photography trip to Wapusk National Park in Manitoba, Canada.

‘As conservation photographers, it is our duty to capture the beauty of species at risk and raise awareness by giving a voice to creatures that cannot speak up,’ Daisy said.

One of Daisy’s photographs, called ‘Hitching a Ride’, has been nominated for a BBC Wildlife Photographer of the Year People’s Choice award. 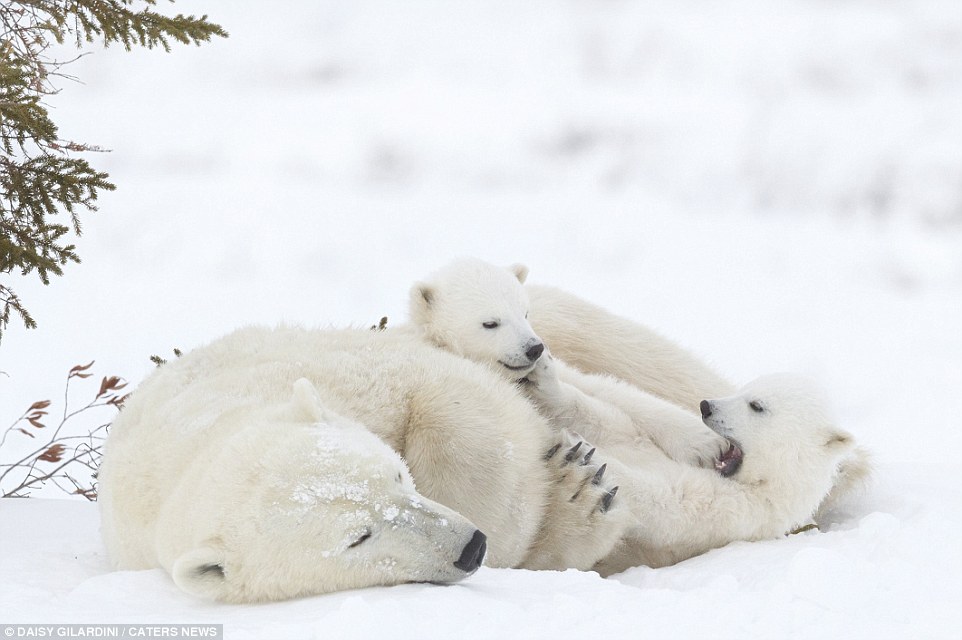 This polar bear tried to take a nap but her two cubs wanted to play and did all they could to wake her up. Photographer Daisy Gilardini said: ‘Being able to witness such cuddling behaviors of a mama bear with her cubs warms your heart up’ 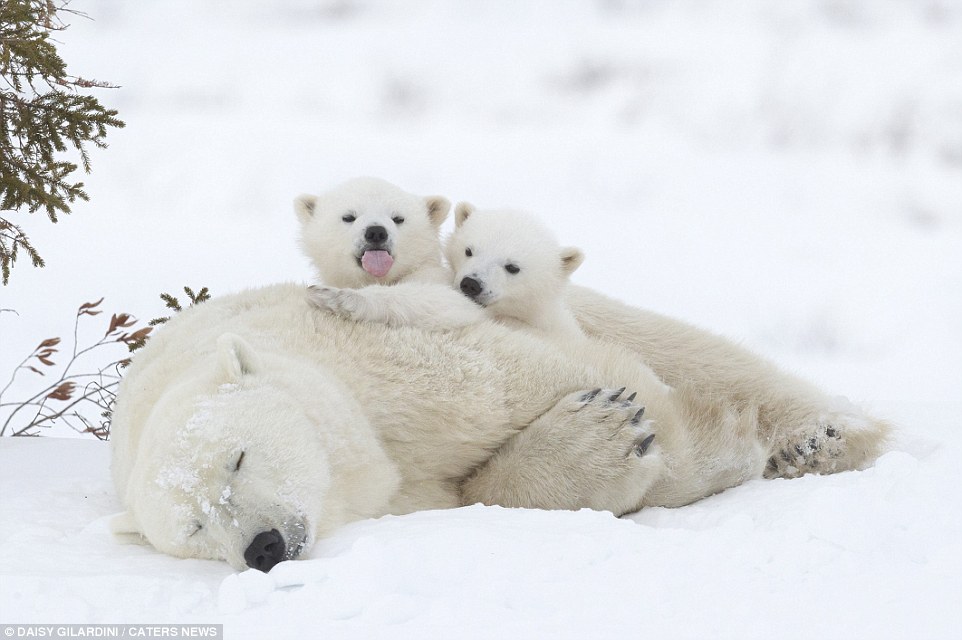 The mother tries to ignore her two vivacious cubs who cheekily rustle her soft fur coat. According to Canadian Geographic there are 19 polar bear populations on the planet , primarily in the Arctic circle, and 13 of the populations are in Canada 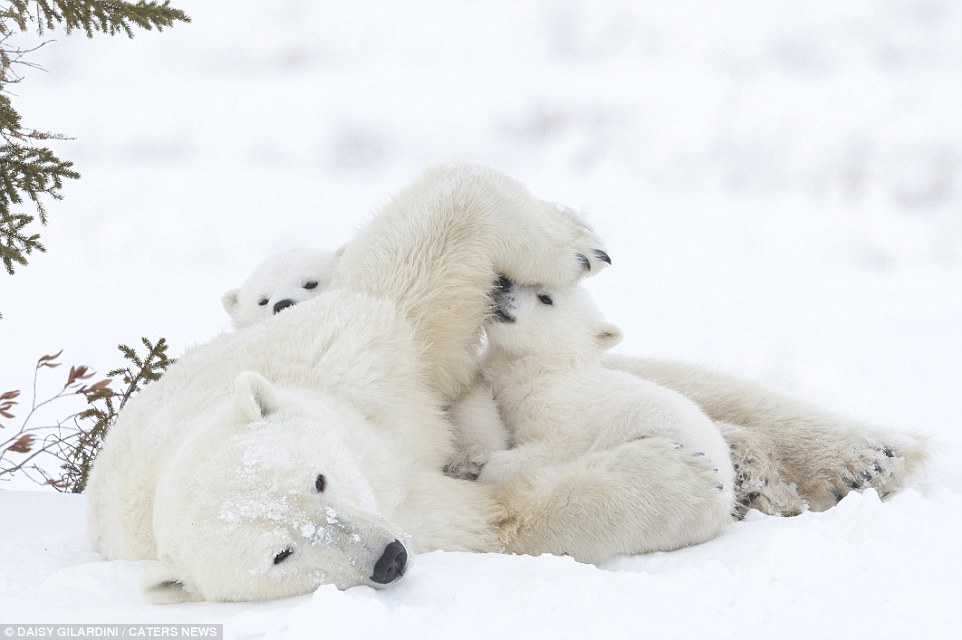 That’s enough! Mother bear finally wakes and gives some attention to her cubs. ‘It is extremely rare to witness the exit of the bears from their dens, and one has to face incredible challenging conditions – with temperatures dropping to minus 54 degrees Celsius, and winds gusting up to 60km per hour,’ said Daisy 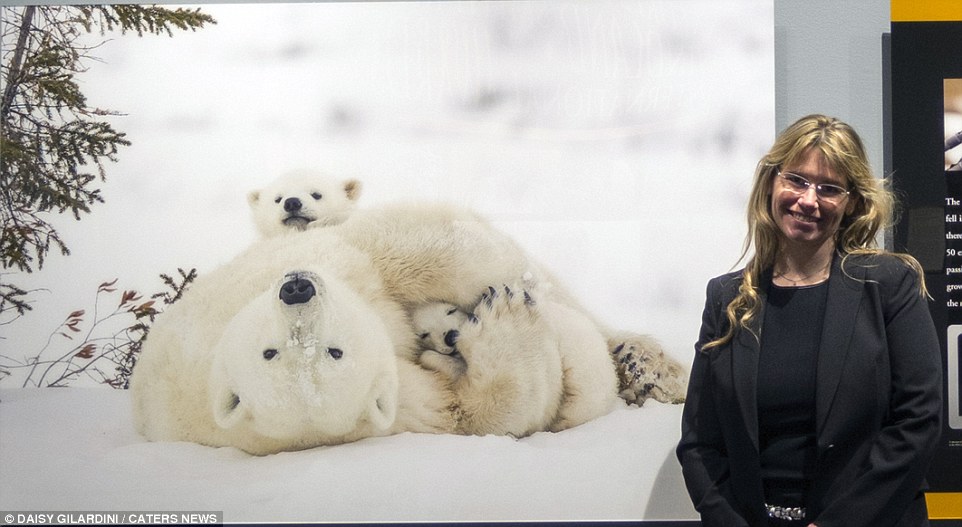 Polar bears are considered a marine animal as they spend most of the their time on the sea ice of the Arctic Ocean. They were classified as an endangered species in 2008 under the US under the Endangered Species Act due to ‘ongoing and potential loss of their sea ice habitat resulting from climate change’