Lisbon is a perfect destination for budget travelers, art lovers, and foodies, but it’s also an excellent city for luxury seekers. In the past, many of the city’s luxurious venues could be found in two prominent locations: Chiado and Avenida da Liberdade. Even though the times are changing and more concept stores, Michelin-starred restaurants, and boutique hotels are popping up, those two areas are still popular among stylish circles. We happen to know a few extra spots as well. For a luxury-filled vacation in Lisbon, read our guide to the places to go and things to do.

When designing an extravagant vacation, the right hotel makes a world of difference and Lisbon is filled with amazing accommodations that check off multiple boxes. From historic and grand to modern and chic, the Portuguese capital is sure to deliver what you want. One obvious choice is the five-star Four Seasons Hotel Ritz, a symbol of luxury in Portugal since it was built in the late 1950s. Located on the southwest side of the Parque Eduardo VII, the Four Seasons Hotel Ritz is within walking distance of certain landmarks such as the Marquês de Pombal Statue, as well as the designer stores on Avenida da Liberdade. 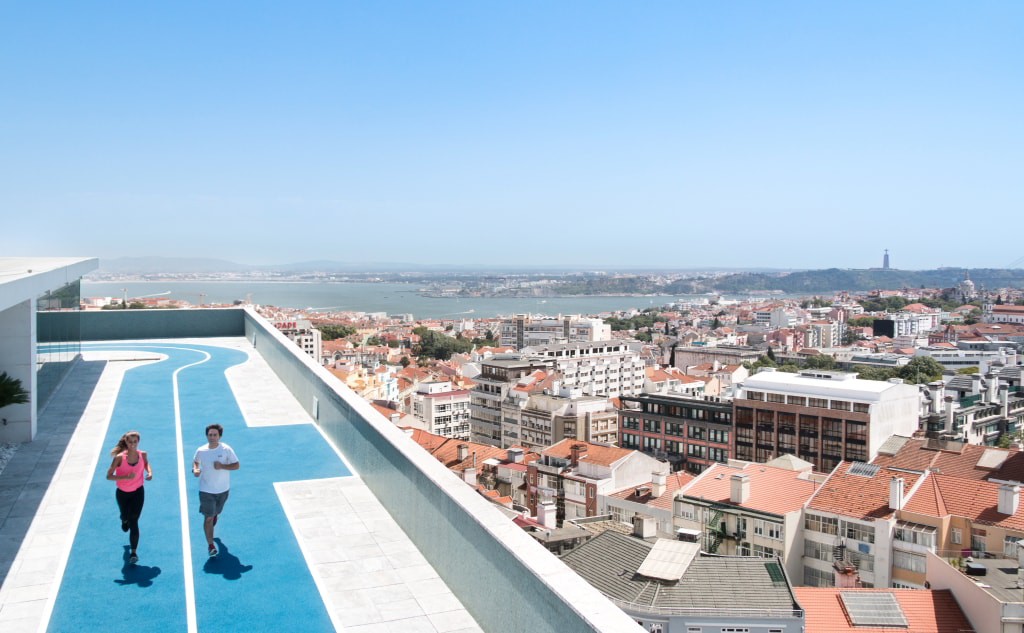 On the other hand, for peace and quiet in four-star surroundings, look into the Palacio Belmonte, a beautifully renovated 15th-century palace located near the medieval walls of the Castelo de São Jorge. Designed more like a home than a hotel, it is a peaceful retreat decorated in lavish style and showcasing local tradition such as incredible azulejo mosaics. One more spot to look into is the five-star Santiago de Alfama boutique hotel, situated in the heart of Lisbon’s oldest neighborhood and home to a beautiful restaurant called Audrey’s Café, which is worth visiting even if you’re not staying at the hotel.

Influenced by the sea and land, Portuguese cuisine is full of seafood, meats, locally grown vegetables, and even spices brought over from abroad during the country’s period of exploration. It’s easy to have a delicious meal in the Portuguese capital, but for an experience that’s also deliciously extravagant, consider visiting one of the five different Michelin-starred restaurants.

Showcasing the best of Chef José Avillez’s traditional cuisine is the Belcanto, the city’s only restaurant with two Michelin stars; the chef has spearheaded a few other venues in Lisbon as well. The robust menu is full of Portugal’s favorite flavors, but to try a little of everything, consider one of the special tasting options. 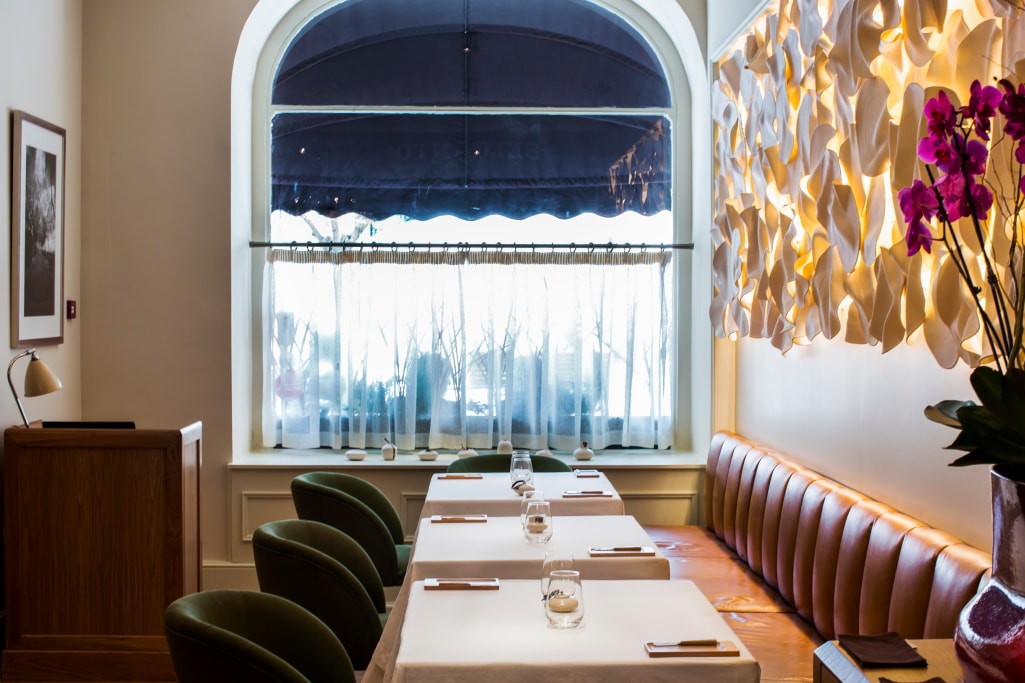 Then again, maybe an ancient royal mansion is more your style? It’s not every day that you can dine in an 18th-century palace, but you can in Lisbon. The Palácio Chiado offers an experience that few venues can match, displaying an exquisite food buffet made up of several menus and stretched over the various floors of a grand mansion.

To discover the best designer fashion brands that Portugal has to offer, Avenida da Liberdade is the place to go. Even if you don’t plan on buying anything, strolling past the beautiful manor buildings and through the wide boulevard with gardens and kiosks will make the trip worthwhile in between window shopping. Some high-end brands that you may recognize include Gucci, Lacoste, Louis Vuitton, and Prada, and there are many more. Avenida da Liberdade is also home to JNcQUOI, a unique luxury lifestyle concept store housing a men’s clothing store, a French bakery, a restaurant, and a wine bar.

Where should you go to pick up charming souvenirs to take home? One of the best stores is A Vida Portuguesa, blending boutique shopping with traditional souvenirs since it opened in 2004 (at the time called Uma Casa Portuguesa). Lisbon has two branches, one in Chiado and one at Intendente Square.

Lisbon is an exciting city with plenty to explore, from hilltop viewpoints (called miradouros) to centuries-old landmarks. Head to Belém and tour the Jerónimos Monastery, an architectural masterpiece that’s about 500 years old. Then go next door to try the local Pastéis de Belém custard tarts before crossing the street to the river and touring the 500-year-old Belém Tower. 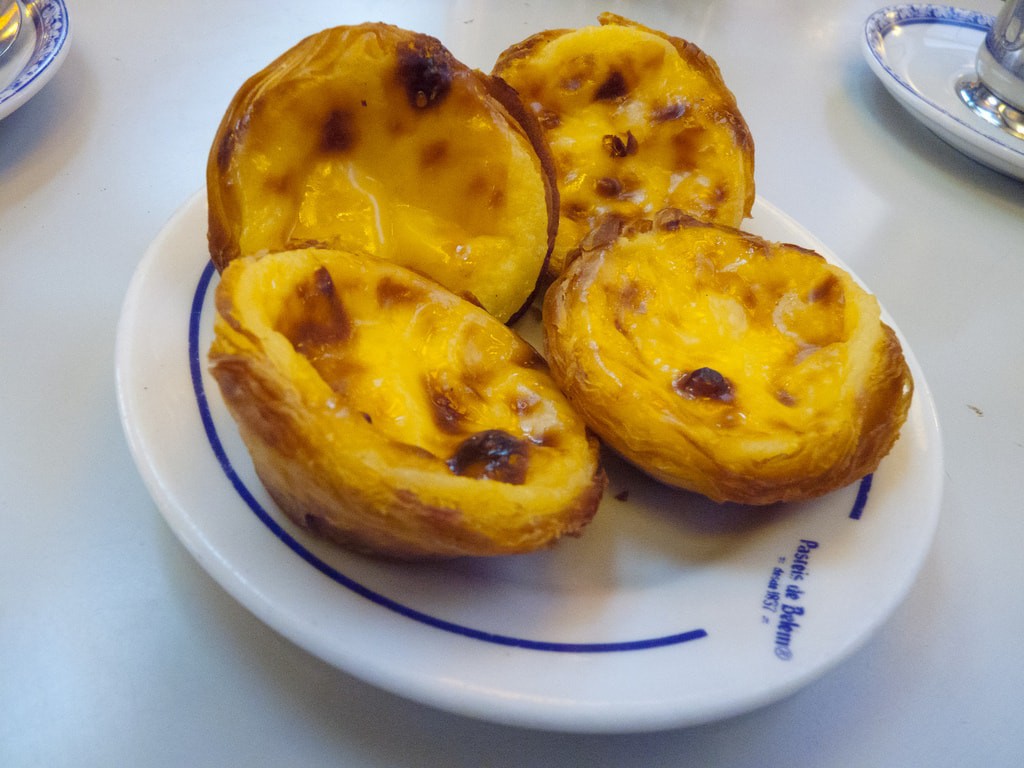 It’s easy to get worn out after a day of wandering about, and luckily there are a few fantastic spas around the city. The B Spa by Karen Herzog is a great location that is also budget-friendly. Located in Belém’s Altis Hotel, it allows all-day access to the indoor swimming pool, sauna, and Turkish bath, and access to the rooftop pool for €30 per day.