The Highland Games have been a major part of Scotland’s rich heritage. Every spring and summer, places dotted all over Scotland (and other parts of the world) celebrate this momentous cultural occasion. If you gaze over at the centre of the field for one moment and avert your eyes from the sea of tartan, dancers, and bagpipes, a clan of fearless participants will be seen in kilts. The sheer strength and stamina of these competitors is tested in every game. The most impressive and strenuous of these is the caber toss. 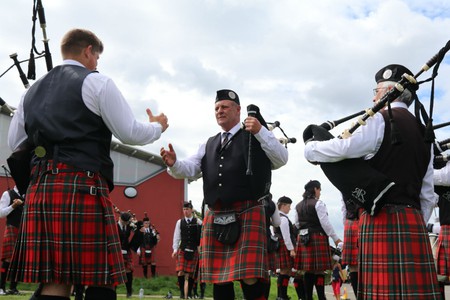 When you think of field athletic events, you typically think of sprinting, long jump or even the javelin throw. With regards to the Highland Games, however, expect to find heavy athletics instead, much of which involves lugging large weights across the place. It is worth noting that tossing the caber is not for the weak-hearted. Imagine the guy from the Scott’s Porage Oats advert. Then, picture him clutching a gargantuan wooden pole and flinging it. That, essentially, is the caber toss. 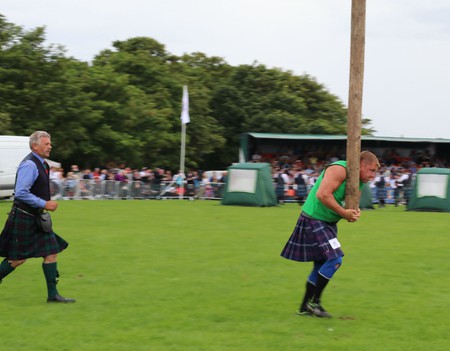 Tossing the caber is a traditional Scottish athletic event. The word ‘caber’ comes from ‘cabar’ or ‘kaber,’ which is Gaelic for wooden beam. The size of this large wooden pole is variable as it made from local trees. The length can be anything between 16-22 feet, and the weight can vary from 100-180 pounds. A smaller end is whittled out to ensure that the thrower can easily grasp it. Competitors are referred to as ‘throwers’ or ‘tossers’. 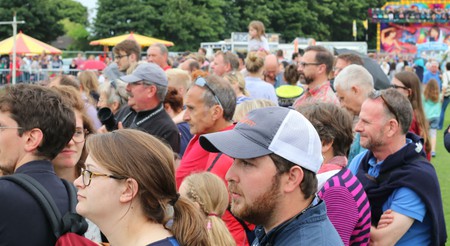 Flinging trees aside, there is much more to tossing the caber than meets the eye. Naturally, just like with any other athletic event, there are rules, which must be followed. Picture all the competitors in a row waiting in anticipation for their turn. The shenanigans commence when the caber is carried over by two men. It is put vertically upright with the whittled, smaller end of the pole facing downwards. The thrower must lift the caber and cup the small end in their hands. Once the beam is balanced, they run a short distance before tossing it, so that the beam goes through one complete revolution. The bigger end must hit the ground so that the smaller end flips and ends up facing away from the thrower. 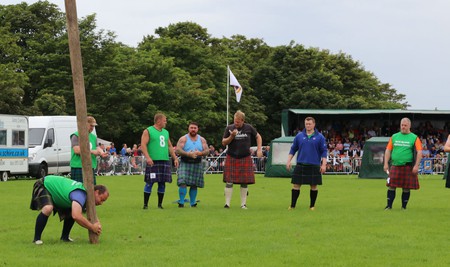 Contrary to popular belief, the caber toss is not about distance – it’s all about the position and how it lands. Envision a clock face, and place the caber thrower at 6. The aim is to have enough strength and control to make the caber land at 12 exactly. Judges are positioned behind the thrower and at the sides in order to obtain a clear view of the angles and positioning of the caber when it lands. A general rule of thumb with caber tossing is that during the event, there should only be a few throwers who can actually lift then toss the caber. If no one can lift it, then the caber is too heavy. A predicament like this would not ruin the event, though; an official would simply appear and saw a chunk off the caber off to make it smaller. On the flip side, if everyone can lift and toss it, that’s not ideal either. When this occurs, the caber must be replaced with something heavier. 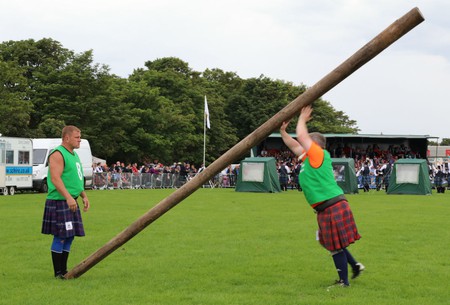 Undoubtedly, tossing the caber it is an event that focuses on strength, stamina, and control (as opposed to distance). Unfortunately, the historical origins of the caber toss are swaddled in ambiguity. From the absurd to the seemingly plausible, there are a great number of myths regarding how it all came about. Many believe that the caber toss derives from lumberjacks who launched freshly harvested logs into the burn. Others state that the practice stems from military traditions. Some things are better left unsolved, however. This way, the imagination can run wild. 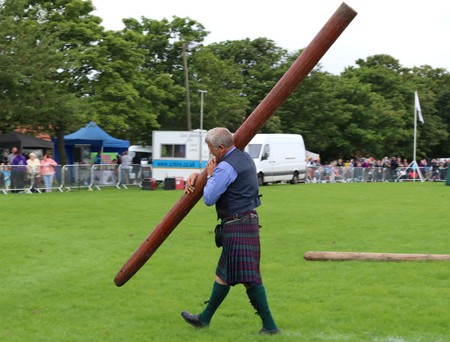 It is safe to say that the caber toss has and always will remain one of the most popular events of the Highland Games. To this day, various Scottish heritage associations and Highland Games competitions continue to be held across the world. Strapping men and women emerge from all corners to demonstrate their sheer strength, poise, technique and stamina through tossing the caber. Some may say that the whole thing is as mad as a box of hamsters, but this won’t stop the Scots.

10 Locations in Scotland that Every “Outlander” Fan Should Visit